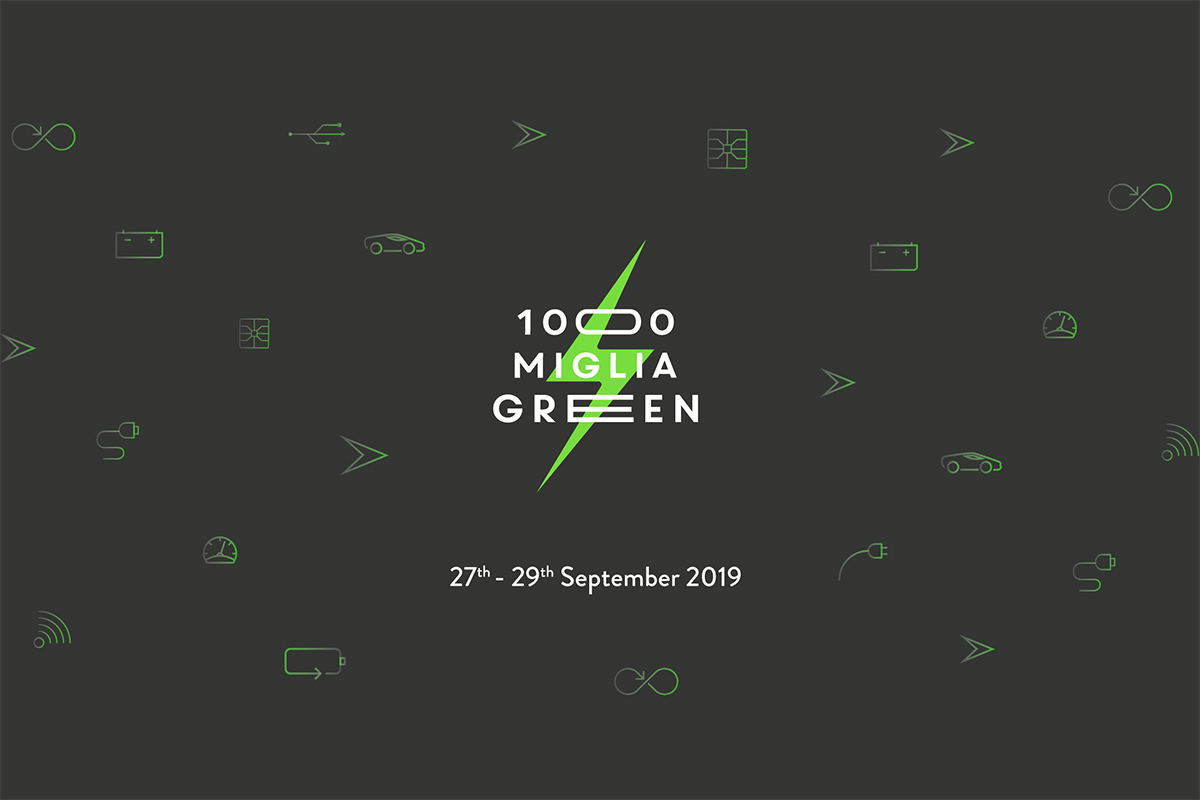 The Most Beautiful Race in the world goes Green!

Brescia, 2019 Edition of the 1000 Miglia Green, the first regularity race for electric and hybrid vehicles organized by 1000 Miglia S.r.l., conceived to highlight the original vocation of the 1000 Miglia to promote innovation and progress concerning mobility. Since its beginning in 1926, the most beautiful race in the world has promoted a culture of improvement with its constant push towards technological progress, bringing onto the Italian roads the most advanced cars of that time, capable of stimulating the passion of an enthusiastic crowd and instilling faith in a tomorrow full of opportunities. Today this vocation to progress has resulted in the 1000 Miglia Green, focusing on the issue of sustainable mobility with particular emphasis on the implications that this will have on the Italian automotive, energy and infrastructure industry. Partners of the First Edition of the 1000 Miglia Green are Chopard, Mercedes-Benz, Deutsche Bank, Enel X, A2A, Consorzio Franciacorta, RTL 102.5 and Waze. The event will also see the support of the Lombardy Region and of the Municipalities of Brescia and Milan.

The competition, which will take place from 27th to 29th September, it will consist of three legs along a total distance of about 250 km. The first leg will start on Friday evening from Piazza Paolo VI in Brescia and will proceed for 4 km within the historic city centre. The race will continue on Saturday 28th in the direction of Milan, through some of the most evocative areas which link Brescia to the Lombardy capital.

After a spectacular drive through the Franciacorta hills, the lunch break will take place in the evocative location of Crespi d’Adda, the most interesting and complete example of a workers’ village in the world, also recognized as a UNESCO World Heritage site. The cars in the race will then leave for Milan, and after passing through the Municipalities of Merate and Monza, they will arrive at the 1000 Miglia Green Village in Piazza Gae Aulenti, one of the most representative settings of the new Milan, of the contemporary city that constantly changes and looks to future. The dinner on the second day of the competition will be hosted by Alice Ristorante, awarded with one Michelin star and located on the second floor of Eataly Smeraldo. On Sunday morning, during the third and final leg, the cars will depart from Milan, crossing some of the most beautiful and iconic parts of the city such as Piazza Duomo and Parco Sempione, passing through the Municipality of Cernusco sul Naviglio, and will end the race at the ACI-Sara Safe Driving Centre of Lainate. The award ceremony will be held in this venue after the time trials on the racetrack.

The event is reserved for up to 40 cars in three categories: Electric Cars (Fuel-Cell and Ev/Bev), Hybrid Cars (Phev, Full/Mild Hybrid and Erev) and Vintage Cars (Vintage electric cars and electrified vintage cars built until 1990 and Replica electric vintage cars built from 1991, but whose aesthetic features recall the cars produced until 1990).

The event is reserved for up to 40 cars in three categories: Electric Cars (Fuel-Cell and Ev/Bev), Hybrid Cars (Phev, Full/Mild Hybrid and Erev) and Vintage Cars (Vintage electric cars and electrified vintage cars built until 1990 and Replica electric vintage cars built from 1991, but whose aesthetic features recall the cars produced until 1990).