It is not just a Race! 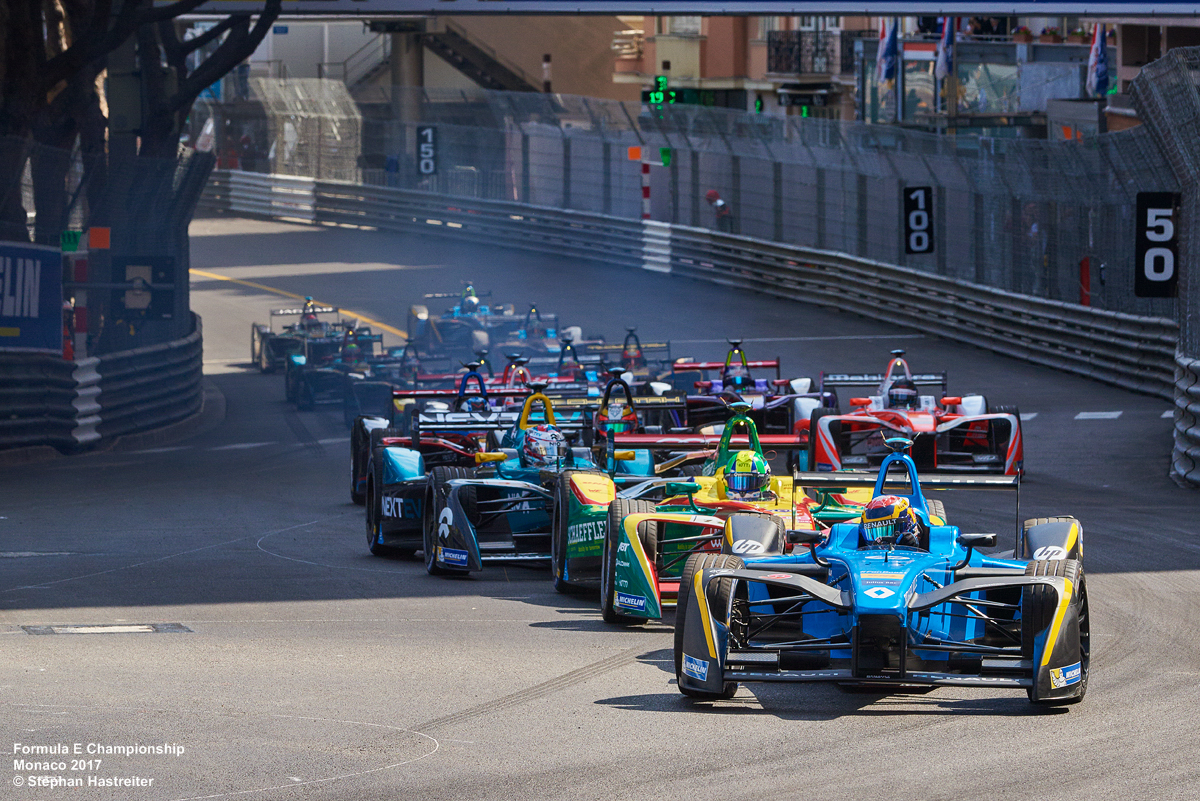 Formula E is the world’s first electric street racing series, defined by real street rivalries, raw electric performance, and renewable energy within reach. Formula E is disruptive in motorsport, redefining the very boundaries of what a sport can be through the unique fusion of entertainment, sustainability, technology and innovation. We are fighting climate change by offering electric vehicles as a solution to air pollution in city centers and breaking down the barriers to the electric vehicle market: Technology, Perception and Infrastructure.

The concept of sustainability for Formula E is to reduce the footprint as much as possible and have a positive impact on both people and the planet:

Energy: That’s why they are committed to powering their cars with a virtually zero emission and 100% renewable fuel, from our revolutionary Formula E Glycerine Generators.

Tires: Their unique tires are hybrids specially designed by Michelin, suitable for all weather conditions, last the entire race, and are all recycled at the end of the day!

Tracks: Formula E is the city street racing series, racing on temporary tracks in the hearts of some of the coolest cities in the world such as Mexico, Monaco, Paris, Berlin, Montreal and NYC.

Spectators: Formula E is bringing the race to their fans in city centers to encourage the use of public transports, that’s why we don’t offer parking spaces. We also have a great online platform where fans can watch the race live and in 360°!

Calendar: The race map has been designed to have a cluster approach region by region to optimize their freight in order to use more boat or road freight and less place, thanks to their Official Logistics Partner, DHL. 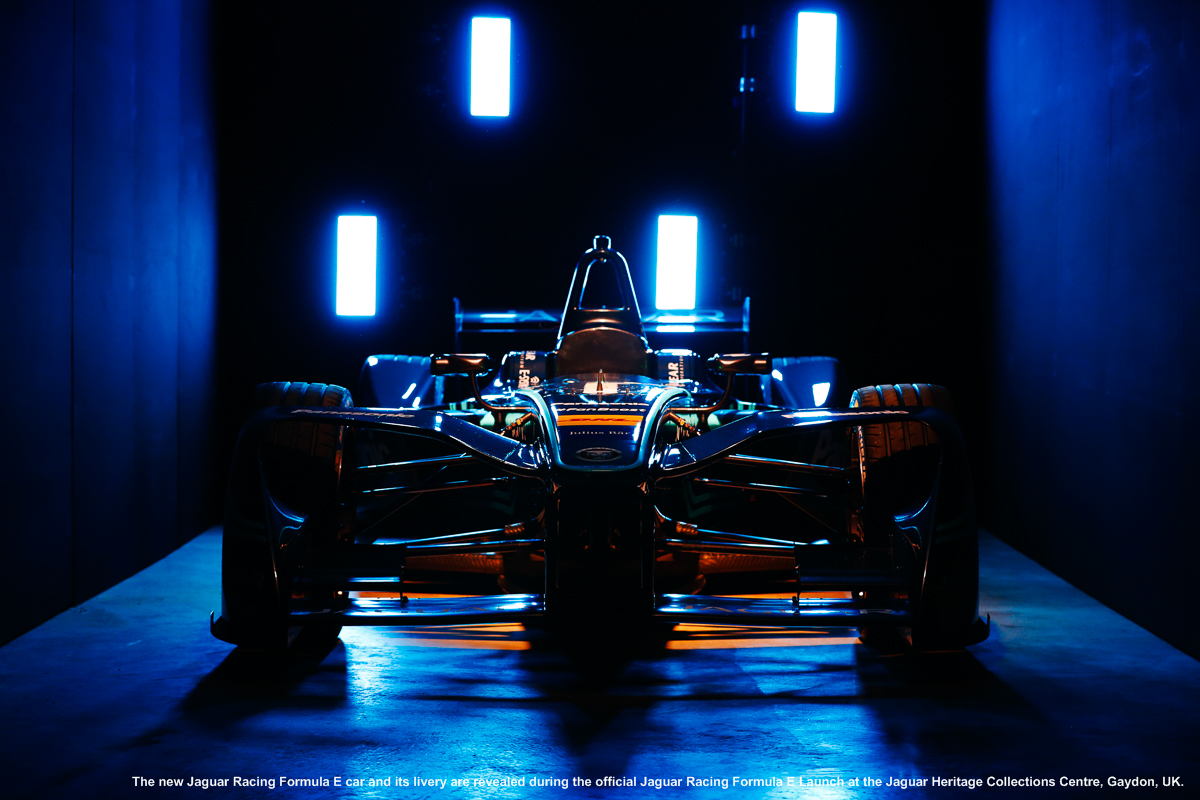 Our philosophy is to pioneer and our belief is that the future of sustainable mobility can be expressed in 5 words:

Electric: We want to show how electric vehicles are the future of sustainable transportation, the key to lowering global emissions in the transport industry and a solution to air pollution in city centers.
Clean: We are supporting the transition to low carbon economies, societies and transportation through the advocacy of clean fuels. Our cars are charged by a 0% emission and 100% renewable glycerine fuel and we are committed to RE100, powering the races with 100% renewable energy by season 5.

Connected: We wish to drive the future of fully integrated smart cities and utilize technological innovation to enhance our behavior when driving such as Qualcomm’s HALO wireless charging technology which is integrated into the BMW i safety and medical cars.
Shared: We encourage the use of public transport to all of our races, which is why we don’t provide parking at our events. From enhanced and cleaner public transport to the shift from individual ownership; we believe the future foresees the growth in electric vehicle sharing as a solution to reduce global emissions.
Driverless: We are constantly pushing the limits of technology in sports. Our new support race in season 3, the Roborace, puts driverless personalities under the ultimate test to accelerate their technological development.

NEW YORK CITY, USA (July 13, 2017) – The FIA Formula E Championship – the world’s first fully-electric single-seater racing series – is joining forces with Enel to offset the emissions of the inaugural race in New York, making it the first-ever zero-emission event in the championship’s history.

Ahead of the eagerly-anticipated event making its debut at the Brooklyn Cruise Terminal in Red Hook on July 15 & 16 – Alejandro Agag, Founder & CEO of Formula E, was joined by Chairman of Enel Patrizia Grieco, CEO of Enel Francesco Starace, and Ken Allen, CEO of DHL Express, at the New York Stock Exchange to ring the closing bell.

The group participated in the closing bell ceremony and posed for photos on the balcony above the trading floors on Wall Street, along with some of the stars of the FIA Formula E Championship – the first-ever Formula E champion and NextEV NIO driver Nelson Piquet Jr, and Berlin ePrix race winner Felix Rosenqvist for Mahindra Racing.

Enel – Official Power Partner of Formula E – is contributing to limit the emissions associated with staging and powering Formula E events through its smart energy solutions. In addition to innovative clean energy generation, storage and management solutions – Enel will entirely offset the emissions of the event in New York through green certificates from its portfolio of renewable energy plants, such as the Enel Green Power Stipa Nayaa 74 MW wind farm in Mexico.

The wind turbines at Stipa Nayaa prevent the emission of over 133,000 tonnes of CO2 per year, which is the equivalent of taking 26,000 cars off the road.

Formula E also works in collaboration with the FIA and DHL – Official Founding and Logistics Partner – to comprise a calendar which requires reduced air freight transportation to each venue. DHL is a frontrunner in environmentally sustainable logistics, announcing earlier this year its commitment to zero-emissions operations by the year 2050.

The equipment for the race in New York – including all 40 fully-electric Formula E cars, batteries and spare parts – was safely delivered to the USA by DHL leveraging its ocean freight expertise, which produces 100-times less CO2 emissions than transporting the same cargo via air. 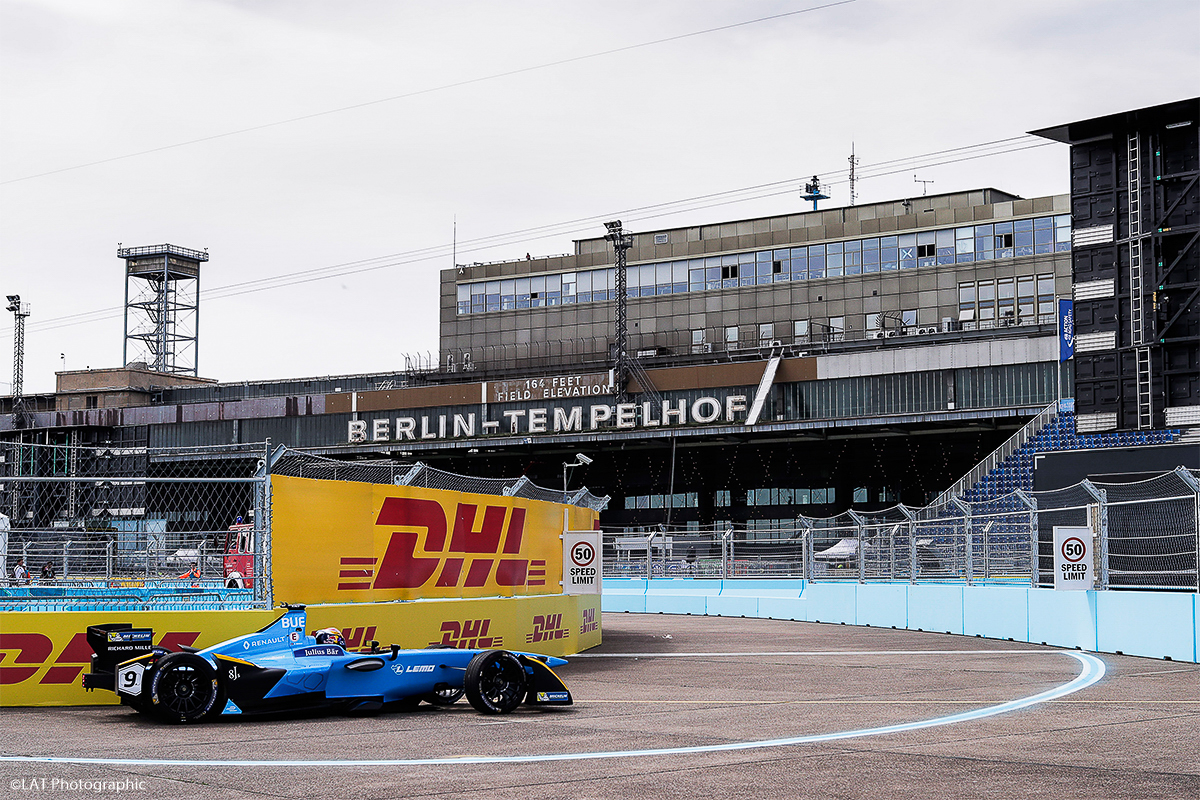 Alejandro Agag, Founder & CEO of Formula E, said: “It was an honour to be invited to join the closing bell ceremony at the New York Stock Exchange. With the continued support of Enel, as well as DHL, Formula E isn’t just making history with the first-ever race in New York – but the first zero-emission event in the history of the series.

Both Enel and DHL share the same common vision and goal to make Formula E carbon neutral by 2020 – the future is electric.”

Francesco Starace, CEO and General Manager of Enel, commented: “We are proud to play a part in such an historic event today at the NYSE.

Enel and Formula E are natural partners, as we both embrace the exciting opportunities in electric mobility, smart cities and the clean energy revolution. Just as Formula E further pushes the boundaries of technology race after race, we at Enel strive every day for a greater penetration of electricity in society and for its full decarbonisation.”

The strategic partnership with Formula E inspires and educates people throughout the world to embrace sustainable technologies and practices. This provides DHL with a unique platform to demonstrate our achievements in the area of green logistics solutions and technological innovations, which will finally increase the efficiency and effectiveness of our customer supply chains.”

BMW confirms FIA Formula E Championship entry as an official manufacturer in Season 5 – Formula E a platform for the mobility of the future and a technological laboratory for BMW iNEXT and other future generations of BMW i models. 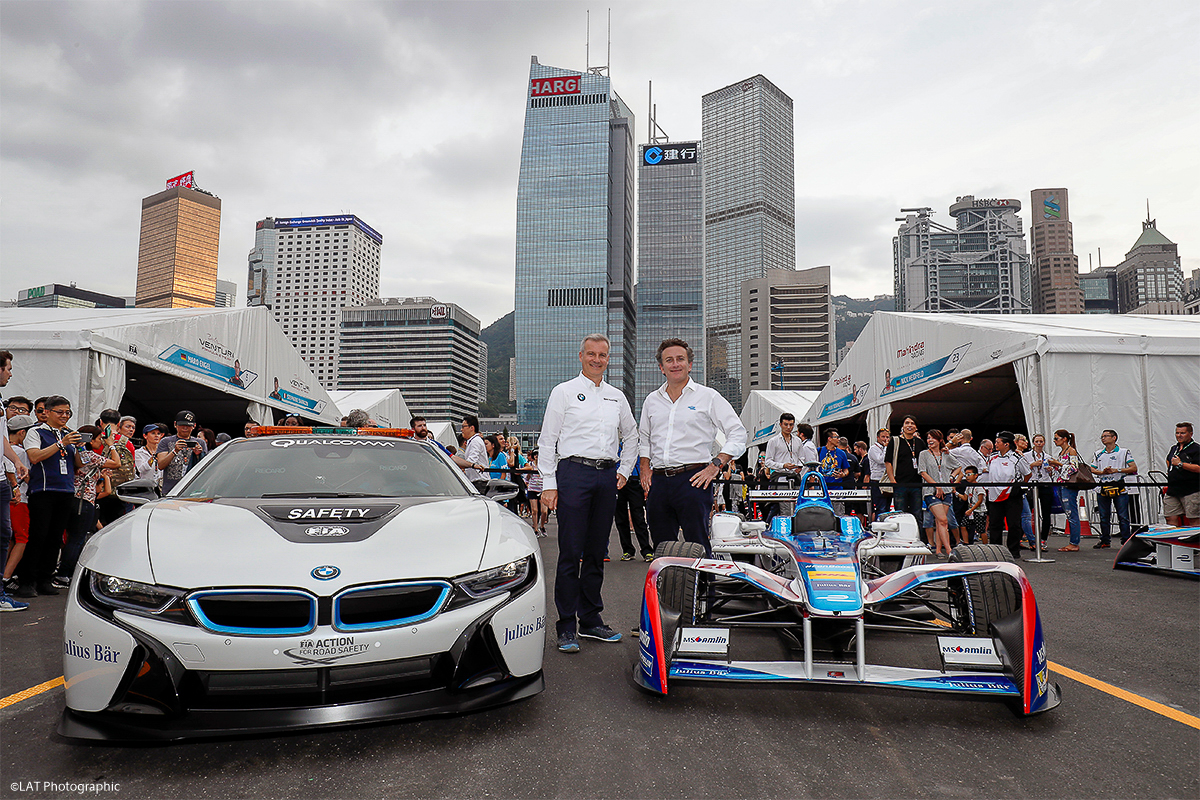 BMW is bringing electromobility up to race speed: Initially revealed as a goal in 2016 as part of the realignment of the motorsport strategy within the BMW Group, BMW will join the FIA Formula E Championship as an official manufacturer in Season 5 (2018/19). The cars, equipped with a completely newly-developed BMW drivetrain, will be run by the Andretti Formula E team as BMW’s works entry in the series.

Together, BMW and Andretti will compete in exciting races at the heart of some of the biggest cities around the world. The main driving force behind the new BMW i Motorsport is the development of innovative technology in the field of electromobility, in which the company has established a leading role over the past ten years. The consistent implementation of the new motor racing strategy also includes the expansion of classic activities at BMW M Motorsport.

BMW Motorsport Director Jens Marquardt said: “Formula E has developed fantastically as a racing series and, as a new, technology-based project, is perfectly suited to the BMW Group and BMW Motorsport.

Forging new paths and driving innovation – these are values shared by BMW and Formula E. Because it is very important for us to demonstrate our technological expertise, we have shown a firm commitment to this project through the registration of BMW AG as an official manufacturer and are facing up to the growing competition there. The changes we required for our involvement will come into effect in Season 5 – these include, for example, the omission of the car changeover.

In Formula E, we will demonstrate both our innovative expertise and our sporting spirit.

The series represents a completely new challenge for us – a challenge we are happy to take on together with Andretti Formula E.

Andretti is the ideal partner for this mission. The name needs no introduction in international motor racing. Our cooperation is already working very well, and we look forward to taking the next steps together.”

“It is a totally new kind of motorsport, which we will be taking racing to the fans – not the other way round. Formula E is already demonstrating how exciting, thrilling and fascinating electromobility can be.

“We are excited to expand our partnership with BMW i and serve as BMW’s official Formula E works team beginning in Season 5,” said Michael Andretti, CEO of Andretti Autosport and its global family of race teams.

The ongoing collaboration between BMW and Andretti Formula E has provided a strong foundation for BMW’s entry as an official manufacturer. We look forward to running BMW’s first all-electric racing drivetrain and competing for the Formula E Championship. 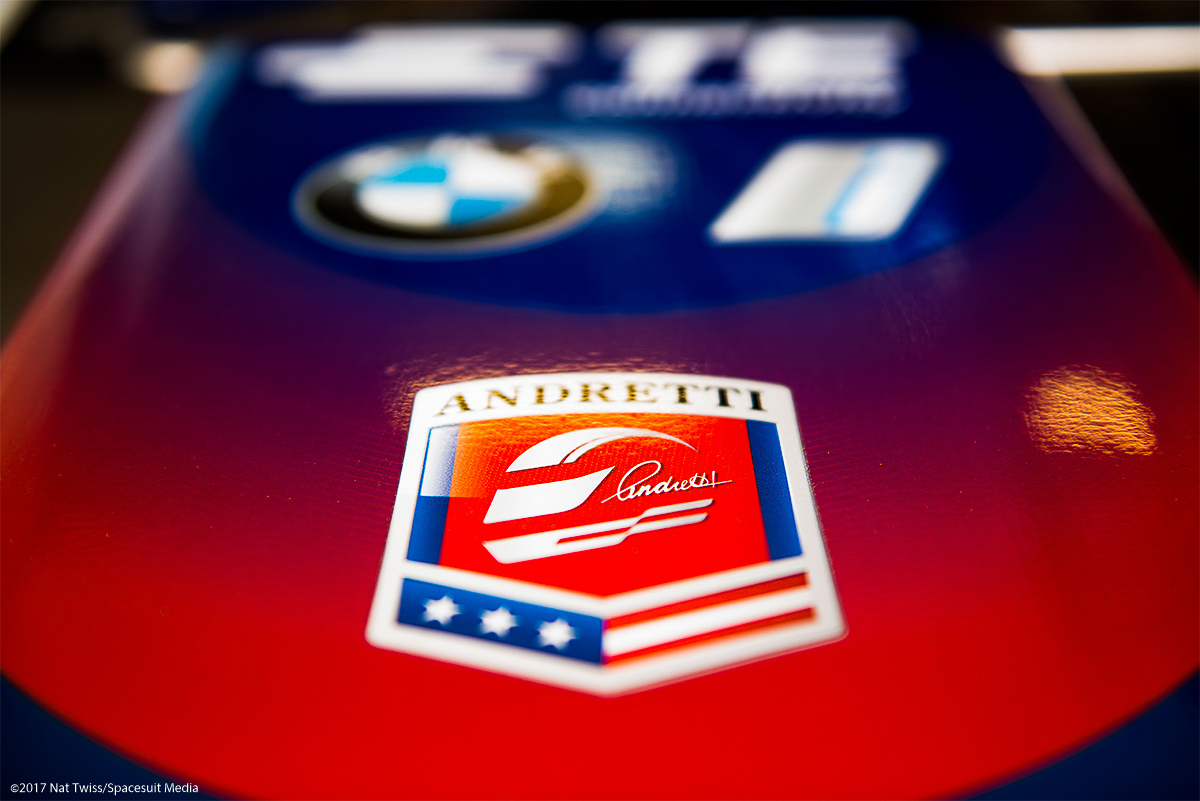