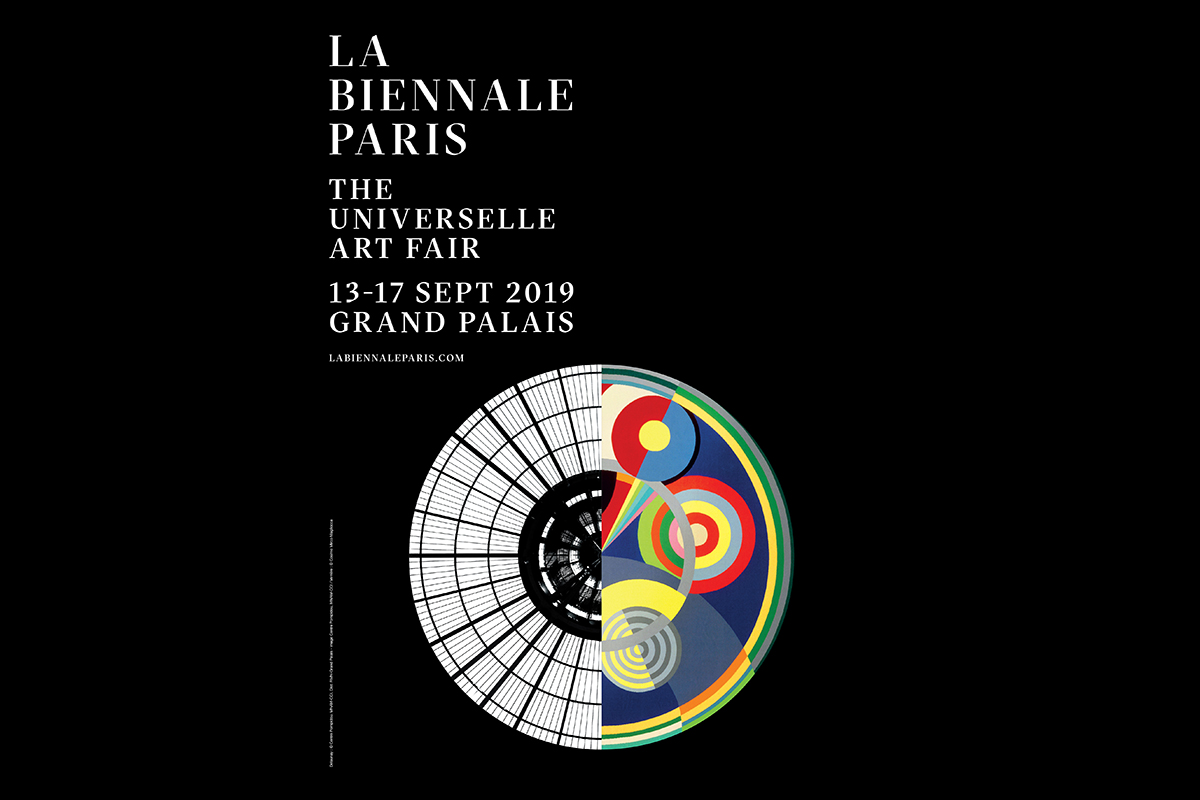 The very Renowned and very Fine Art Fair, La Biennale Paris assembles this year national and international exhibitors under the roof of the Grand Palais presenting more than six millenniums of Art.

Annual since 2017, its visibility is rising. Equipped with a Biennale Committee, presided by Christopher Forbes, as well as the independent Vetting Commission (CAO), one of the most exigent in the world, it guarantees not only the selection of the participating galleries but also the highest level of authenticity, trust and transparency for the collectors.

The Kingdom of Bahrain, the guest of honor of La Biennale Paris – 31th edition, hosting a pavilion dedicated mainly to contemporary art but also to the heritage of this Gulf country.

The agreement signed on the occasion of the inauguration of the ArtBAB fair, Art Bahrain Across Borders, between Mathias Ary Jan, President of SNA and Kaneka Subberwal, ArtBAB fair director, presents under the nave of the Grand Palais more than a hundred works by Bahraini artists.

This pavilion has been designed and organized by Kaneka Subberwal and Tasneem Al Shuroughi, director of the Art Select program, in collaboration with a French curatorial team.

Artifacts and collectibles from The Bahrain Room, a new showcase of Bahraini arts and crafts, is also featured in this pavilion.

The staging of La Biennale Paris, such madness! The day that I was offered this incredible project, images ran through my head, those of the past Biennale events, its atmosphere and the many installations it harbours.

The Grand Palais, a giant lung made of glass, open to the sky like a canopy, has always made my heart pound. At every event, it becomes a gigantic playground for my imagination and my obsessions.

In this exhibition, you will find galleries of various types presenting exceptional works. It is this surreal dialogue that has been my starting point. The objects interact in this infinite space with the transparent ceiling. An Infinite set of architectures were crafted in my mind and then a word suddenly appeared: metaphysics. These eleven magical letters, signifying immoderation, immensity, where our shadow is lost in the vanishing points just like in squares and empty streets. The oversized statues presented at La Biennale Paris are like miracles from the past and act as a testament to antiquity but also art, which crosses time and space, thereby creating its own timeless rhythm. For 5 days, visitors will travel in a space wherein artistic eras live in harmony according to their own cycles. Timeless!

La Biennale Paris pays homage to Carlos Cruz-Diez, a figure of kinetic art, died July 27th at the age of 95, and showcases, in partnership with La Patinoire Royale – Galerie Valérie Bach, a major work of the French-Venezuelan artist, “Transchromie”, a symbol as well of La Biennale Paris’ desire to open up to the contemporary sector.

Presented in Brussels, the work is to be discovered for the first time in Paris in its original format of 15 x 15m at the feet of the paddock of the nave of the Grand Palais. Designed in 1965 for the Denise René Gallery, Carlos Cruz-Diez’s “Transchromie” is a monumental environment, a vital experience of colour, which represents an important element in the artist’s career. The visitor is immediately immersed in this large installation, which allows him to experience the extreme “sensorialization” of color.

This work resembles the artist’s willingness to live all the theories and practices he has conceived and defended throughout his prolific life and career.

Different participants attend this memorable dinner, among which stand personalities from the world of art and culture, media, corporate bosses, politicians or collectors.

For the second consecutive year, La Biennale Paris has chosen to dedicate its Gala Dinner to the cause defended by the ALIPH foundation, chaired by Dr. Thomas S. Kaplan. The proceeds from this event and the donations collected by ALIPH on this occasion will be allocated to the rehabilitation project of the Mosul Museum.

Created in response to the massive destruction, in recent years, of cultural heritage in Timbuktu, Mosul, Palmyra and Aleppo, the International Alliance for the Protection of Heritage in Conflict Areas (ALIPH) is committed to supporting the protection and restoration of sites, monuments, museums and collections in crisis or post-conflict areas.

ALIPH has already financed the rehabilitation of the Mar Behnam Monastery in Iraq, a symbol of cultural dialogue, and supports the restoration of the remarkable Tomb of Askia in Gao, Mali. In the coming months, dozens of new projects will be supported by ALIPH.

The foundation also finances an emblematic project in the fight against barbarism: the rehabilitation of the Mosul Museum (Iraq), destroyed by Daesh.

La Biennale Paris celebrates its 31th edition fromSeptember 13th to 17th 2019 with the Gala Dinner on September 11th and the Private Opening on September 12th.