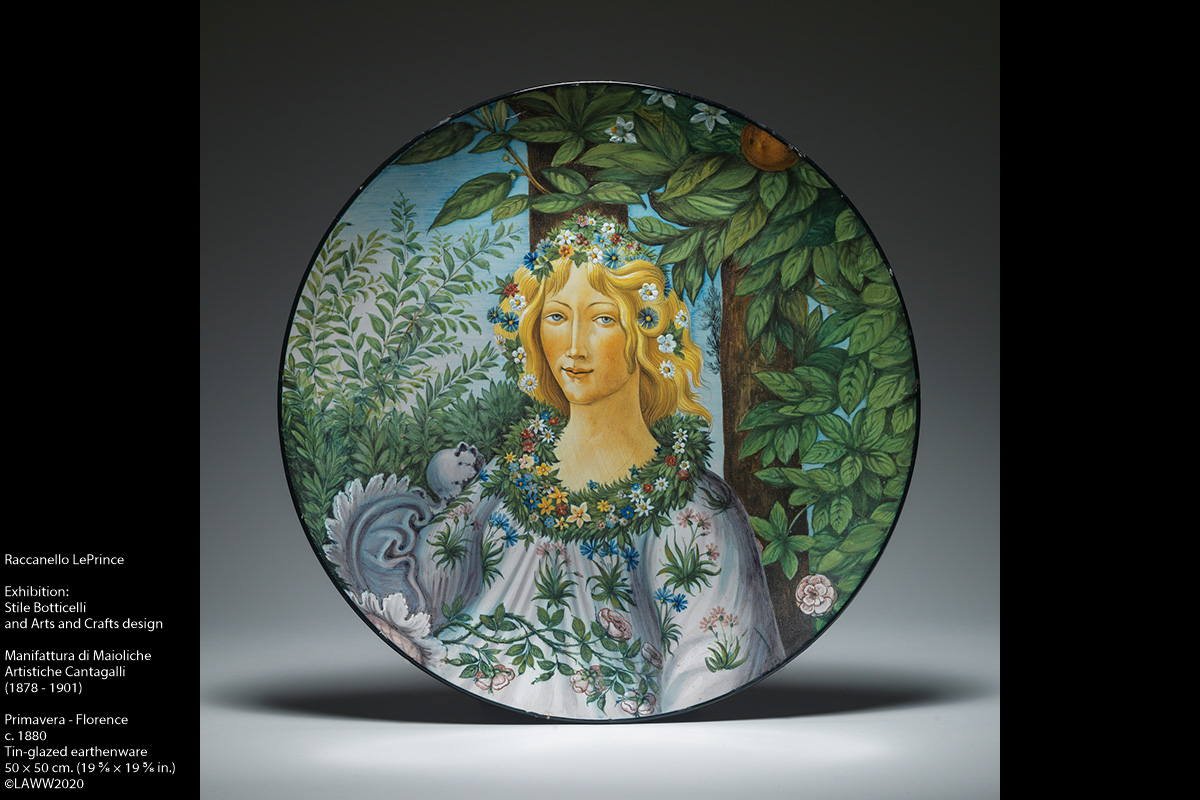 Exceptional  Art  and  its  History 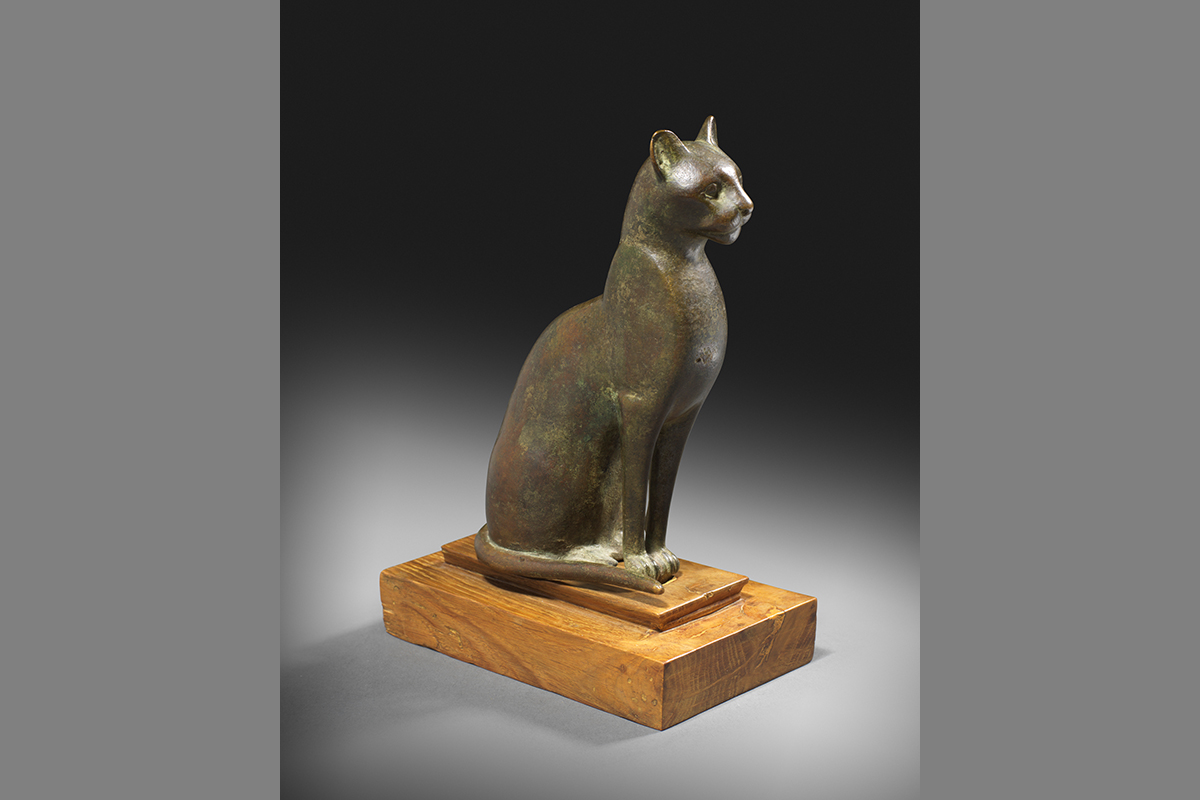 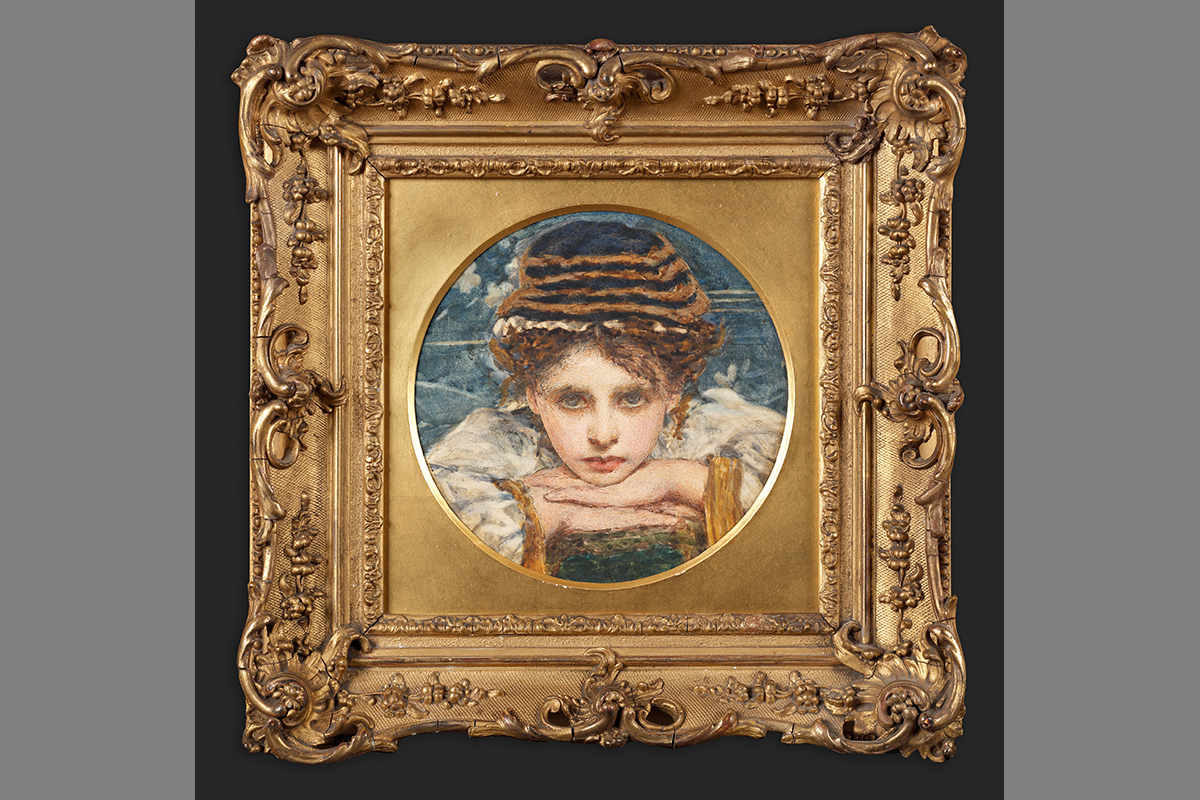 Physical gallery exhibitions and virtual shows of art for sale, spanning diverse themes and periods, from Renaissance masterpieces to 17th century portraits and history paintings; 18th century drawings and pastels, to Commedia dell’Arte and animal subjects of the 19th and 20th centuries; discover works on paper and watercolours priced for entry-level collectors, to museum-quality works by such artists as the modern British sculptor Dame Elisabeth Frink (1930-1993), the Italian neoclassical painter Fedele Fischetti (1732-1792) and Lavinia Fontana (1552-1614), the first female painter to become a professional artist–besides which are splendid objects such as a 4000 year-old Egyptian polychrome stele, and a c550-600AD garnet and lapis lazuli belt buckle by a Visigothic goldsmith.

LAW’s highly-regarded Symposium to learn about Raphael the Renaissance genius, and enjoy talks from experts on diverse art topics, from Gauguin to Nordic artists and The Sublime. 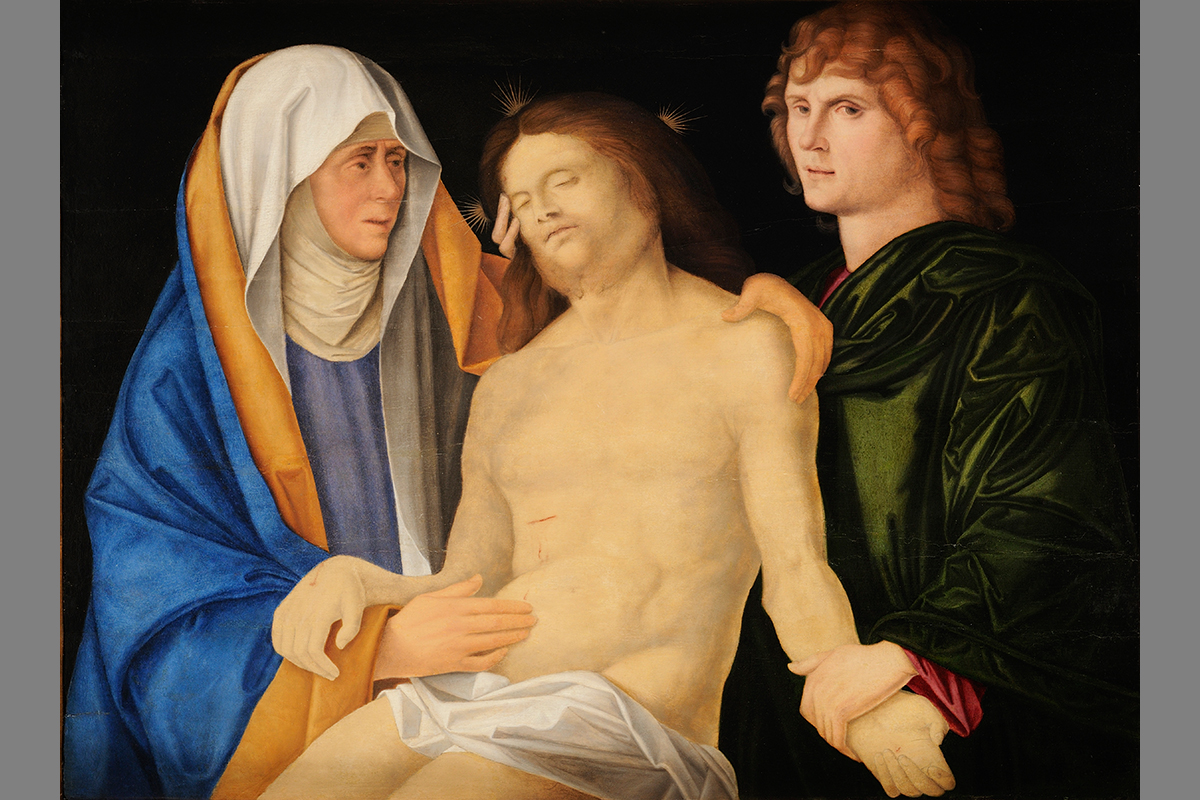 A group of exceptional paintings reflecting the gallery’s taste for Italian Old Masters and history: love, eroticism and desireis depicted in many guises, inspired by poetry, mythology and the pledges of Renaissance courtship. A work by Bernardino Licinio (c.1490-c.1550) shows a Venetian couple celebrating amorous sentiment as they engage in a promise of marriage and prosperity; Fedele Fischetti (1732-1792) depicts Selene, the goddess of the Moon, as she spends the night admiring the beauty of her lover, Endymion, to whom Zeus has granted eternal youth, while Louis Dorigny (1654-1742) interprets an Ovidian myth in which Pan, the god of Nature, is in despair when the object of his desire, the nymph Syrinx, turns into a reed before his eyes as she flees from him.

In an online exhibition inspired by the current crisis, Mireille Mosler has selected an eclectic mix of European works on paper from the 17th to the 20th century that bring together protagonists from a pre-internetage: farmer or doctor, dreamer or muse, their portraits transport us to existence in another time. The earliest work, dated 10 June 1672, is an Allegory of the loss of Arnhem by Willem van Nijmegen (1636-1698). Active 250 years later, Cécile Cauterman (1882-1957) focused on her community as well: born into a privileged Belgian family in Ghent, she received special dispensation to study at the local Academy, only accessible to male students at the time. Against expectations, she turned to the seamy side of life for inspiration and portrayed those living on the margins. This exhibition offers a rare self-portrait that eschews the glamour of Cauterman’s own high society, and presents instead the artist’s reflective soul.

-Focusing on paintings and sculptures that had a significant impact on a new period in art or represent important historic events: with the 200th anniversary of Napoleon’s death approaching in 2021, a magnificent highlight Les deux majestés(The Two Majesties) by the celebrated French academic painter Jean-Léon Gérôme(1824-1904), is not only a fine example of this artist’s animal pictures, it also mirrors a profound political statement bearing compositional resemblance to paintings of Napoleon staring out to sea confronting his exiled fate on St Helena, notably those by Benjamin Robert Haydon. The work is an oil sketch for one of the earliest and most enigmatic of Gérôme’s lion pictures from this period; painted in 1883 and now at the Milwaukee Art Museum, it has become a history painting par excellence. Trinity Fine Art’s sketch was given by the artist to his daughter Suzanne Gérôme in around 1900, four years before his death.

Colnaghi – Dreamsongs: from Medicine to Demons to Artificial Intelligence

Continuing at Colnaghi during LAW Winter 2020 is the fascinating exhibition, Dreamsongs: from Medicine to Demons to Artificial Intelligence, at the gallery in St. James’s until the end of the year. 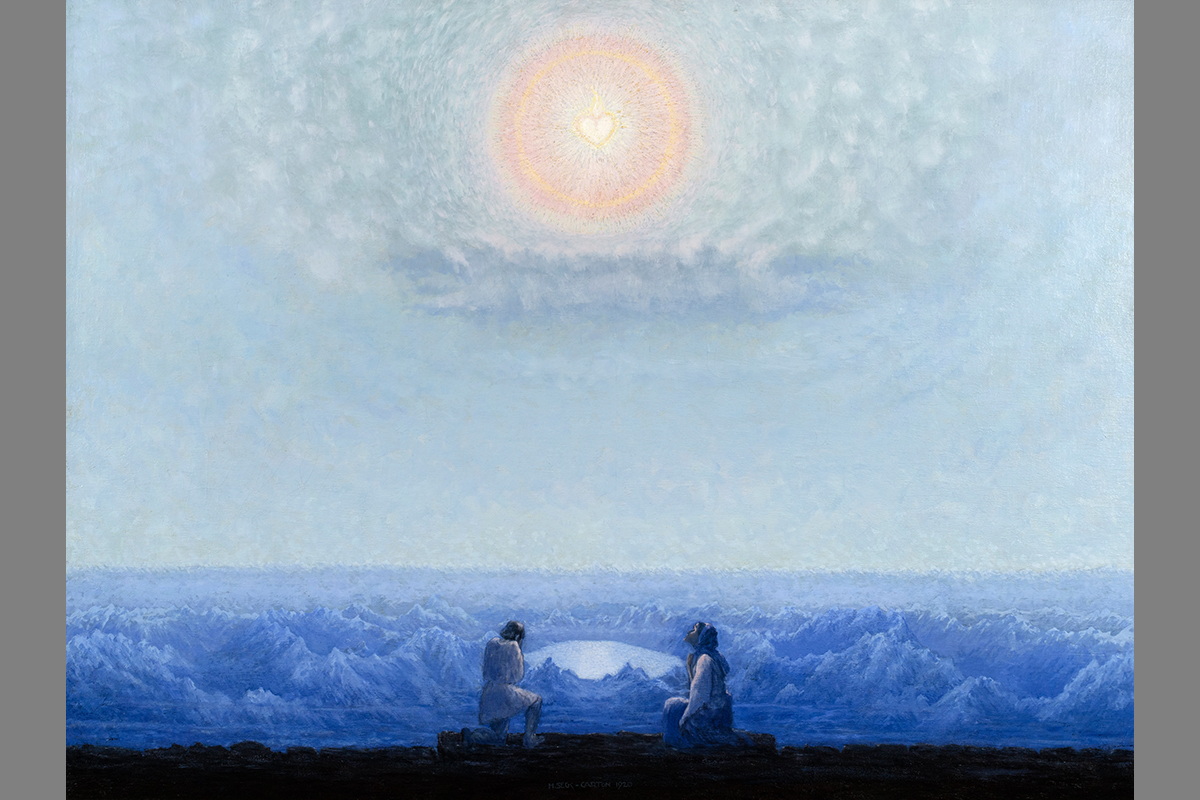 Amenagerie of animal sculptures is a major element in the collections at Sladmore. A renewed appreciation for the simplicity these animals bring to our lives in times of upheaval has inspired a selection of pieces for an exhibition spanning three centuries of sculpture. The works displayed depict different styles: from the faithfully realistic, to the impressionists, to the contemporary, to the independent. The exhibition will also display images of the artists with their inspirational pets, such as turn of the century artist Edouard Sandoz with his beloved Fennec Foxes, to contemporary artists such as Nic Fiddian Green with his horse George

Portraits of historical figures involved in brave acts and great military feats: many are depicted as ‘men of action’ wearing armour. The paintings will be juxtaposed with period examples of arms and armour lent by Peter Finer, one of the world’s greatest specialists in the field. Among highlights is aportrait of Lord Henry Howard, later 6th Duke of Norfolk (1628-1684) by John Michael Wright (1617-1694). This portrait, painted by Wright around 1660, is a compelling amalgam of forceful assurance and sympathetic sensitivity. That Wright painted the nobility in what was by then anachronistic Elizabethan tilting armour may be understood in the context of the recent Civil War and the climate of the post-restoration court. Bringing this to life in shining glory will be an Italian Three-Quarter Armour, made in Florence circa 1580. 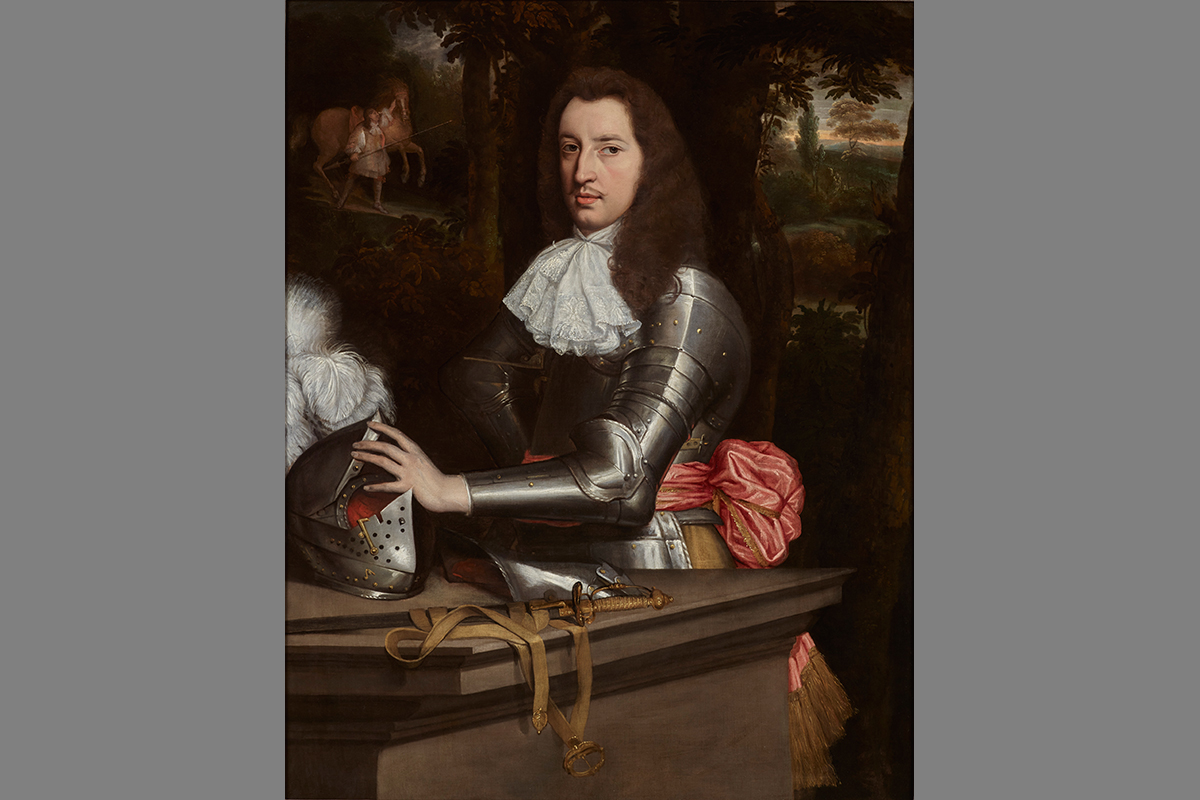 The connection between mask and painting is explored, centred on an impressive series of drawings by the visionary Italian artist Alberto Martini (1876-1954), a precursor of surrealism. He acted as costume designer and court portrait-painter for the Marchesa Luisa Casati, famed for her eccentric Venetian masked balls. Cézanne introduced Italian masks into modern painting, and Picasso – in his blue period – followed his lead, but the modern painter who most of all cherished harlequins and pulcinellas as subjects, and mirrors of his own soul, is Gino Severini (1883-1966). A large cartoon by Severini  for Concert, a 1942 oil painting,will be exhibited along with two charming pochoirs and a wax pastel drawing of Harlequin and Columbine, a preparatory study for a famous early 1950’s lithograph.

The gallery has shown works by Sean Henry, a contemporary British sculptor, for 20 years and his most recent exhibitions have included installations at the Yorkshire Sculpture Park, the Lightbox Gallery & Museum in Woking, and Oslo & Arrowtown in New Zealand. Osborne Samuel will also highlight a beautiful early work by Alan Reynolds-being exhibited for the first time -a bronze by Dame Elisabeth Frink, a Prunella Clough painting and a historically important work by sculptor Reg Butler(1913-1981) 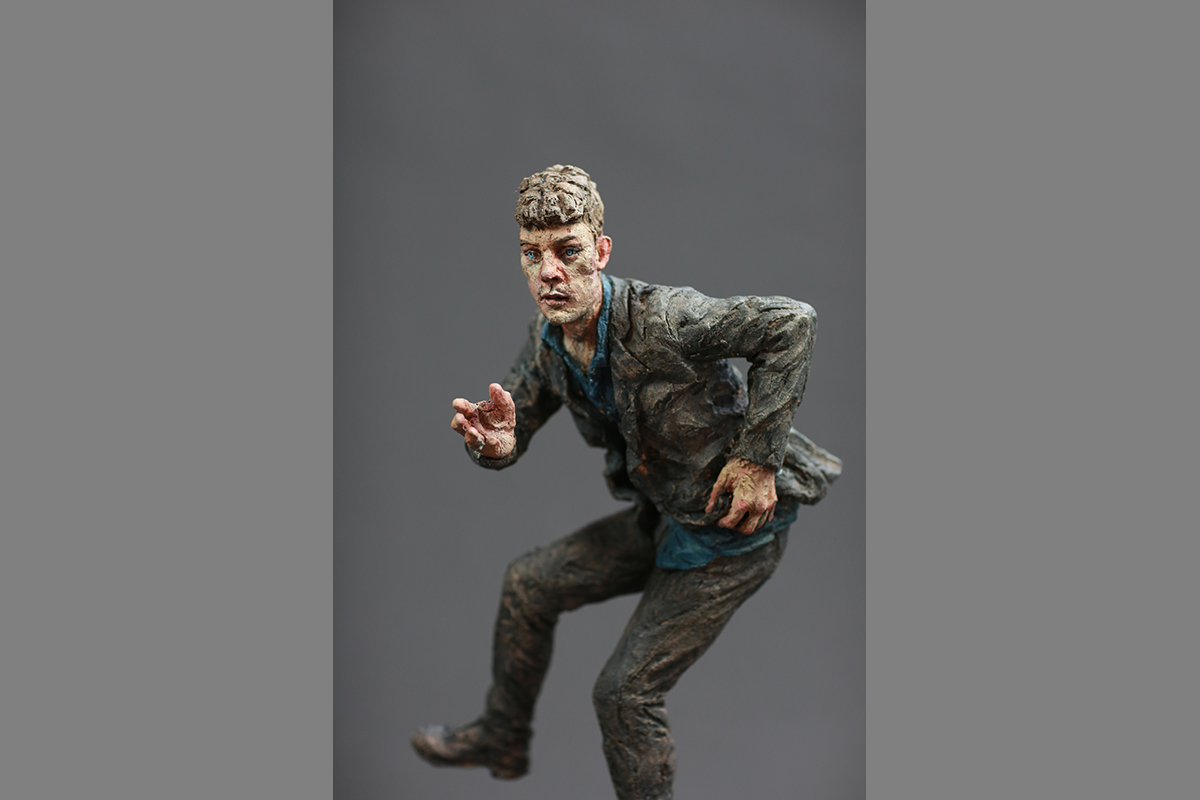 This ground-breaking exhibition which opened in October, continues. It offers a multidisciplinary display which progresses from 16th century portraitists, to painters working at the forefront of the British avant-garde in the early 20th century.

Further exhibitions present ideas for Christmas: – Karen Taylor Fine Art proffers A Box of Delights with many works priced under £2,000 including drawings and watercolours by Paul Sandby, Stanley Inchbold, and the women artists Lady Emily Dundas, Mary Perrin and Eliza Mayes. –  Stephen Ongpin Fine Art and Guy Peppiatt Fine Art will host their now traditional Winter exhibition One Hundred Drawings and Watercolours, with every work priced between £500 and £15,000. 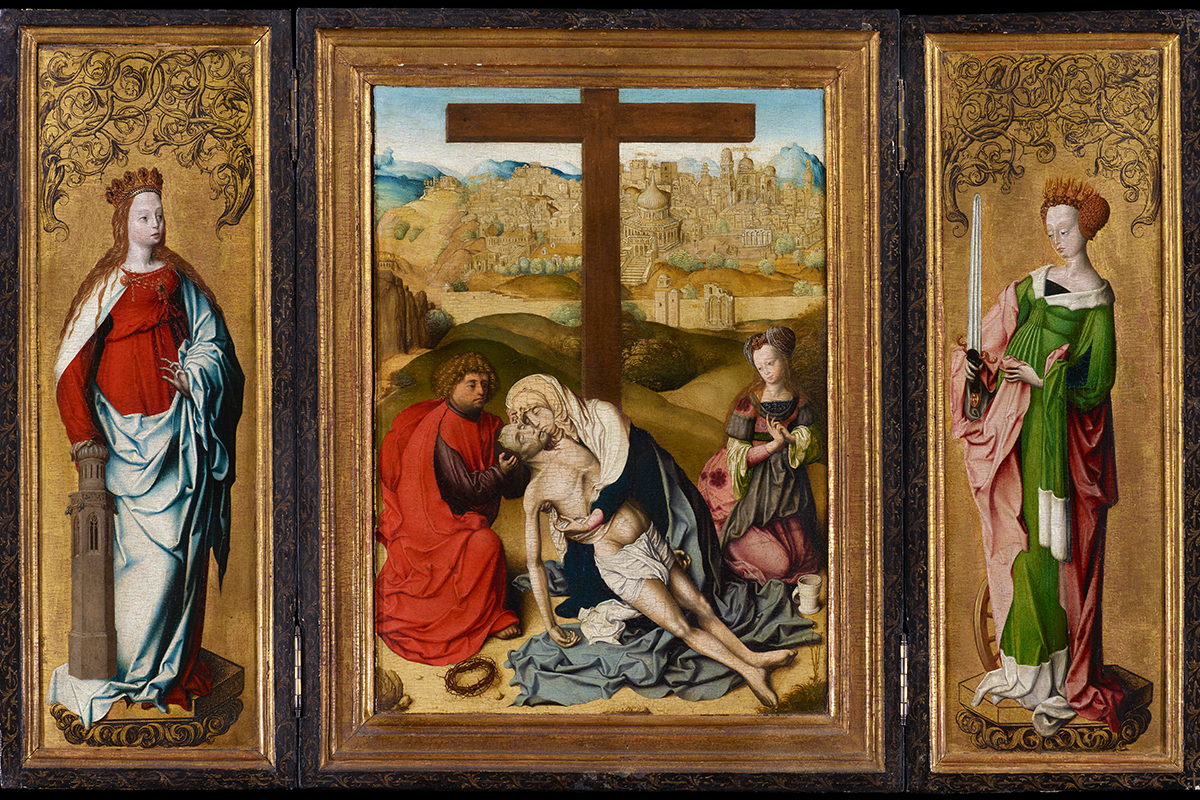 This year should have seen celebrations for Raphael –painter, architect, designer of sculpture and tapestries, and one of the greatest draughts men of Western art -on the 500th anniversary of his death. Manyof these international exhibitions have had to be cancelled, but London Art Week is pleased to announce that its symposium will be devoted to this great Italian artist. From Tuesday, 1st to Thursday, 3rd December 2020 three panel discussions will bring together Raphael experts from around the world. LAW is working closely on this year’s symposium with Ana Debenedetti, Curator of Paintings and Lead Curator of the Raphael Cartoons project at the Victoria and Albert Museum.

The panel discussions will be:

●Raphael at 500: a missed celebration?

●From Genoa to London: four centuries of collecting Raphael

Exploring the fortune of Raphael and his school in early-modern collections across Europe, focusing not only on the more widely known works on canvas, but also on the afterlife of drawings and other media; with Dr Piero Boccardo, Director of the Musei Comunali in Genoa; Dr Carly Collier, Assistant Curator of Prints and Drawings, Royal Collection Trust at Windsor Castle and Dr Marzia Faietti, Education Research and Development Director, Gallerie degli Uffizi, Florence. Moderated by Prof David Ekserdjian, Universityof Leicester. 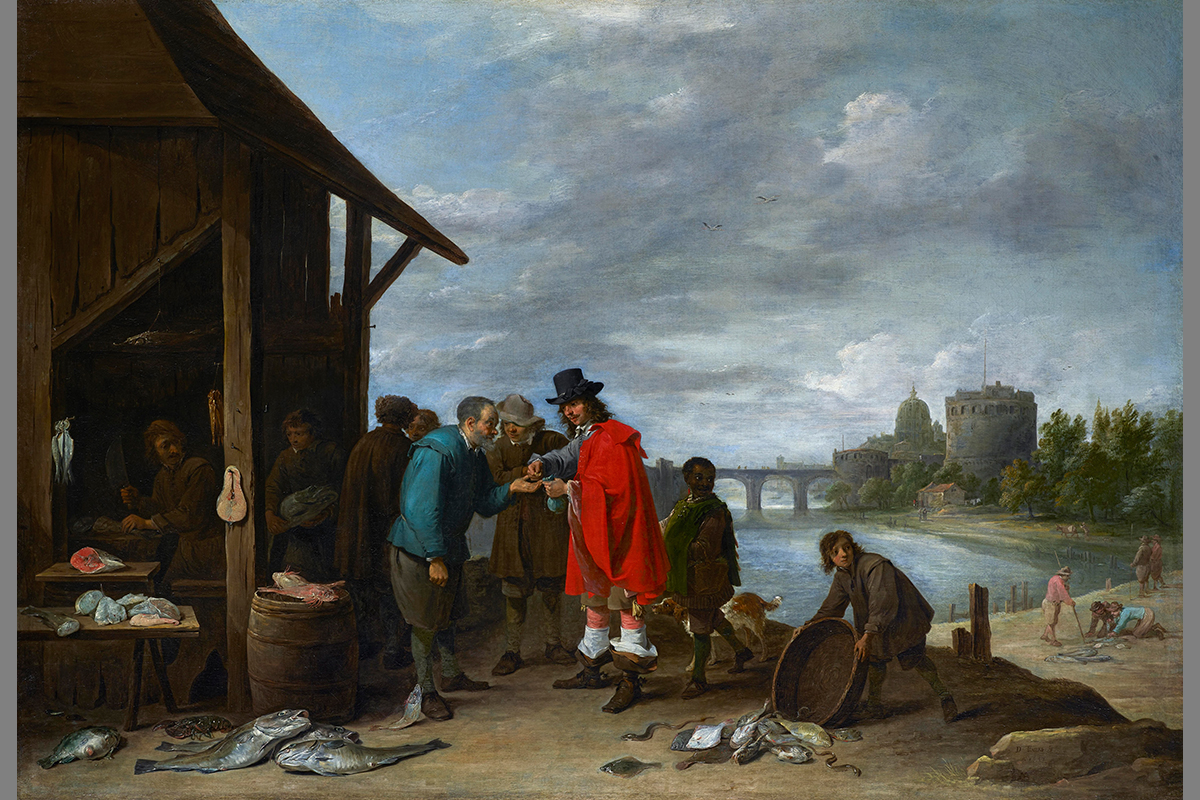 Online talks focusing on a wide variety of artists, art movements and the art market, engaging with our participating dealers and museum partners. In collaboration with the Nordic Institute of Art and the Norwegian Embassy, is an online book launch of Peder Balke -Sublime North (Works from The Gundersen Collection) by Knut Ljogodt, followed by a podium discussion via Zoom, while Gauguin is the subject under discussion between Dr. Ketty Gottardo, Martin Halusa Curator of Drawings at The Courtauld, and Stephen Ongpin, Chairman of London Art Week,as Dr. Gottardo presents the Gauguin Manuscript recently gifted to the museum.

TheLAW News & Events webpage, www.londonartweek.co.uk/events, will publish special features on some of the subjects discussed, and essays on highlights from London Art Week Winter 2020 for visitors to delve into and further explore the rich art history represented by the event’s participants and partners.

London Art Week originated in 2001 and is acollegiate event involving leading international art dealers, auction houses and museums. It brings together specialists in drawings, paintings and sculpture, antiquities and the fine arts for the staging of exhibitions and the sharing of ideas and learning. London Art Week went Digital in Summer 2020, and the event website has evolved into an exciting new platform hosting news, virtual events and academic articles about art of the past 5,000 years, from ancient to modern.

London Art Week is associated with exceptional art, offered by its participating dealers and three major UK auction houses, Sotheby’s, Christie’s and Bonhams. Collective knowledge and expertiseis harnessed and shared through events such as the Symposium, involving dealers,museum partners, contributing art historians, expertsand critics. While many of the museum-quality works featured can sell for six-or seven-figure sums, London Art Week is about the best in all categories and it may delight visitors to know that outstanding works can also be acquired for under £10,000.

*Discover all about London Art Week, this year’s participants and the exciting works of art on offer at www.londonartweek.co.uk.