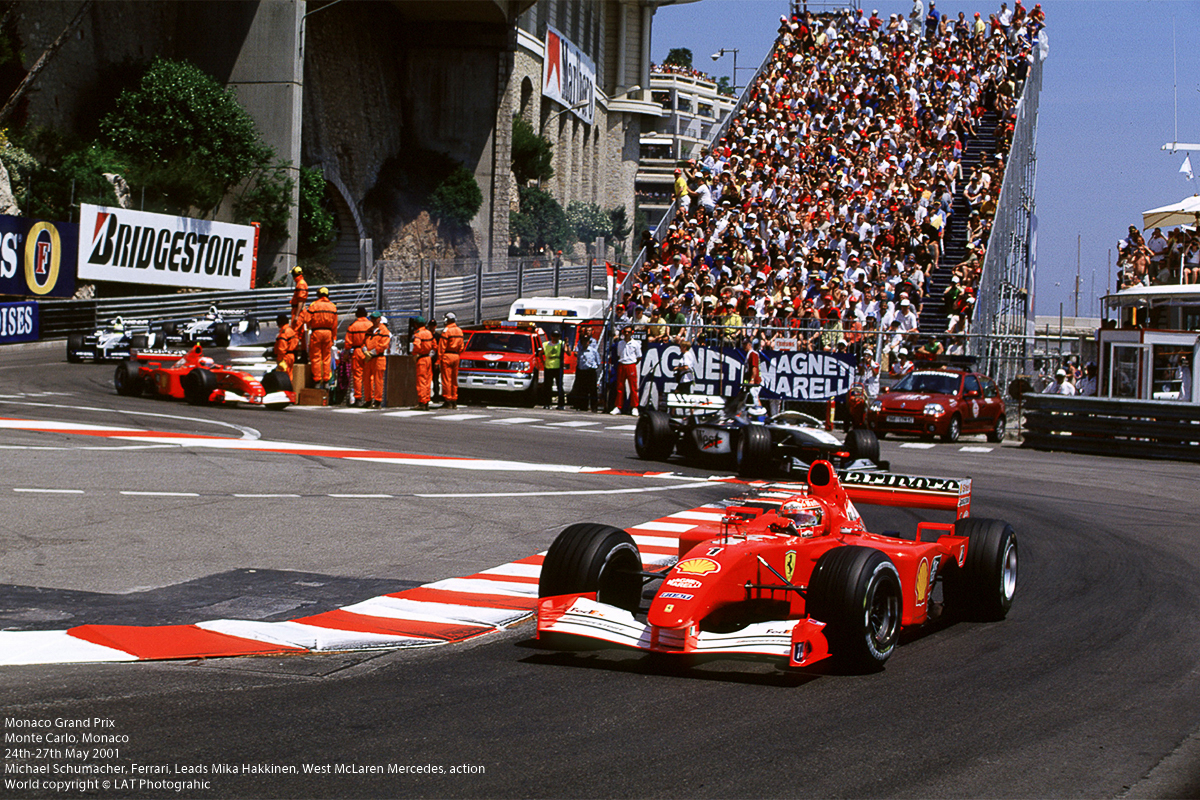 Curated by RM Sotheby’s for the Contemporary Art sale, the F2001—the first motor car ever offered in a Sotheby’s art auction—is intrinsically tied to the most successful team at the pinnacle of motorsport, the most glamorous and revered track in Formula One competition, and seven-time World Champion driver Michael Schumacher, arguably the greatest F1 pilot of all time. Perhaps the most important machine from what is known as the “golden era” of grand prix racing, the F2001 is emblematic of the time’s blisteringly fast speeds with its three-liter V-10 engine capable of up to 900 hp and nearly 19,000 rpm—emitting symphonies of internal combustion the likes of which organized motorsport had never heard before, and likely may never hear again. The car’s aesthetically appealing body is shaped in carbon fiber and space-age compounds, designed in wind tunnels and impossibly svelte – exhibiting both the engineer’s precision and the artist’s imagination.

The Contemporary Art Evening sale offers the only opportunity to purchase the car from the singular season in which Ferrari won both Monaco and the World Championship at the skillful hands of Schumacher. The Ferrari F2001 is now on view at Sotheby’s New York until its offering in the 16 November sale (Est. $4,000,000 – $5,500,000) 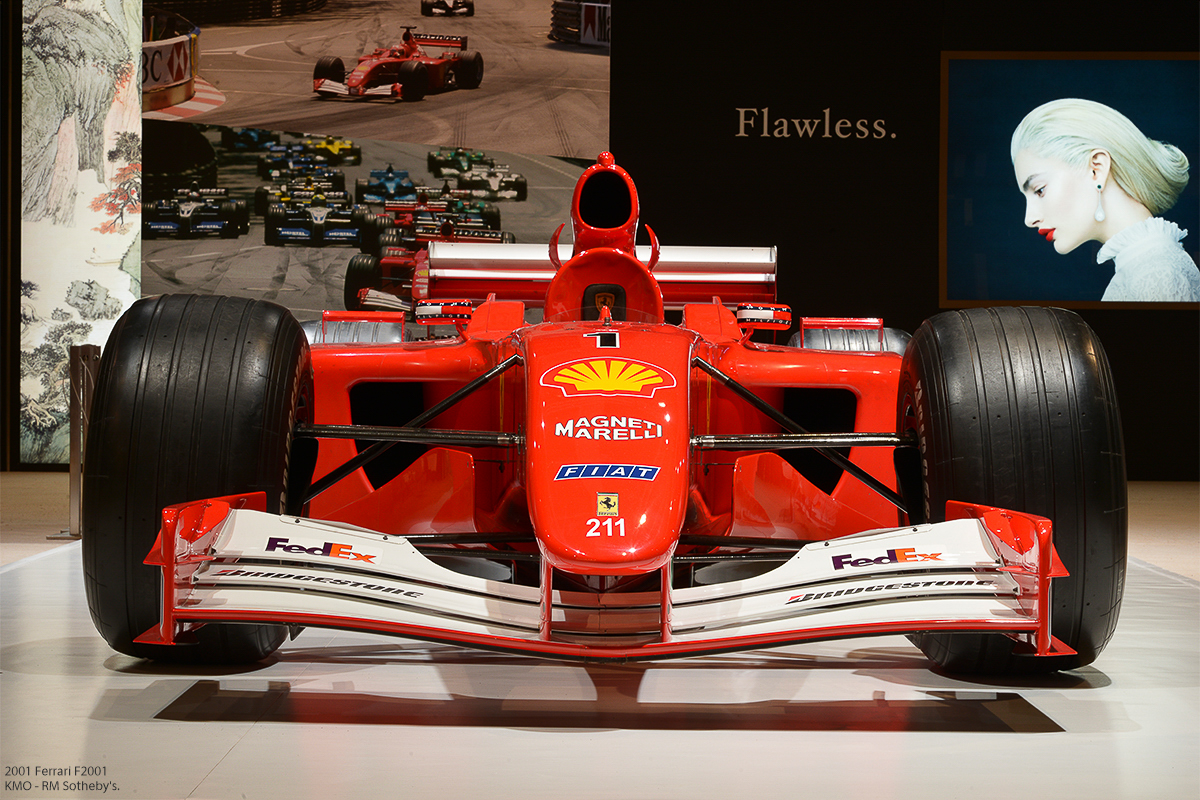 RM Sotheby’s is also thrilled to announce that a portion of proceeds from the F2001’s sale will be donated by the current owner to Michael Schumacher’s Keep Fighting Foundation. Keep Fighting seeks to channel the positive energy received by Michael Schumacher and the Schumacher family as a force for good in the world in achieving cultural and social benefits. The non-profit initiative hopes to unite that positive energy as a global movement and to prove that giving up is not an option.

After receiving news of the donation, Mick Schumacher, son of Michael Schumacher, FIA Formula 3 driver and trustee of the Keep Fighting Foundation said:

“I am thankful for the commitment of the owner of my dad’s 2001 Ferrari to donate a portion of the proceeds from the auction at Sotheby’s on 16 November. This in my view demonstrates a great spirit and respect for my dad’s achievements. I obviously appreciate this commitment both being his son and one of the trustees of Keep Fighting Foundation, inspired by him, which has been founded by my family to continue the charitable work that is so important to my dad.”

Additional information on Keep Fighting’s efforts and activities is available at keepfighting.ms. 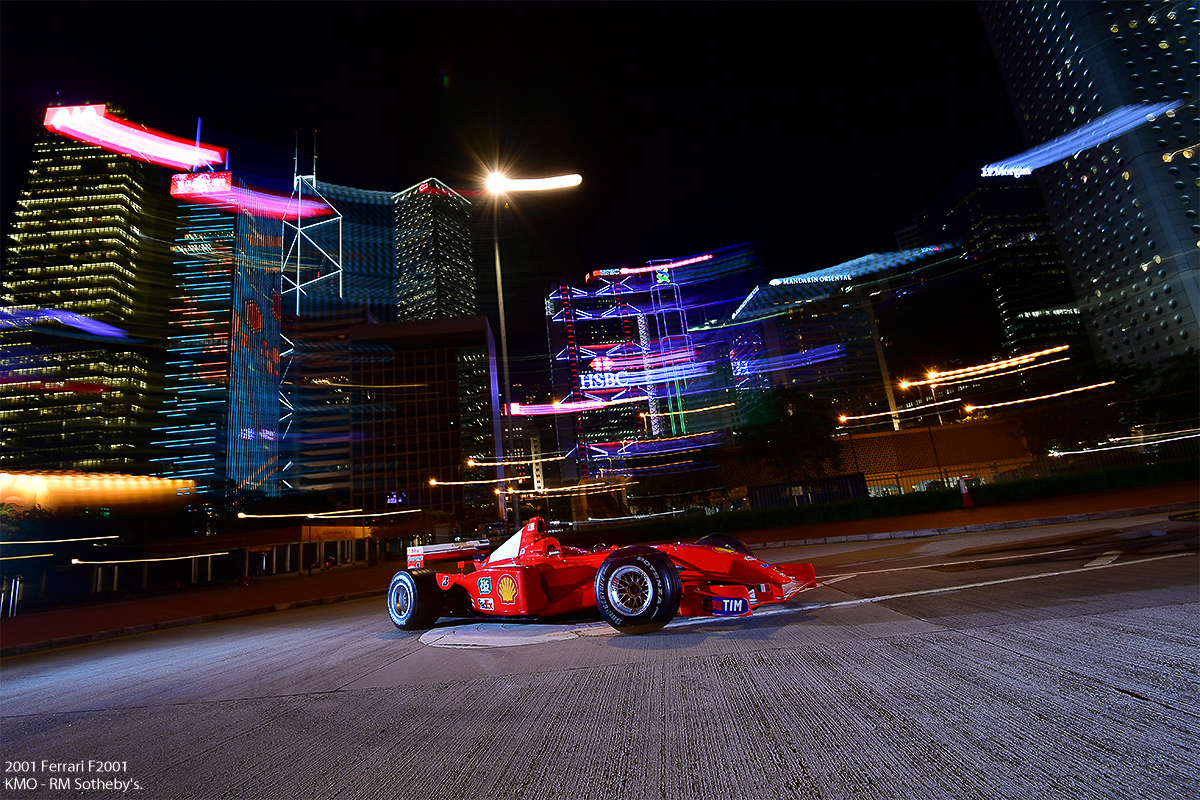 More than an exceedingly significant piece of motorsport history and a sculptural achievement, the F2001 remains highly usable. The car is prepared to return to the track, and Ferrari’s F1 Clienti program will lend their assistance in helping the new owner do just that. For further information on the Contemporary Art Evening sale, please visit www.sothebys.com. To register to bid, please call RM Sotheby’s at +1 310 559 4575.