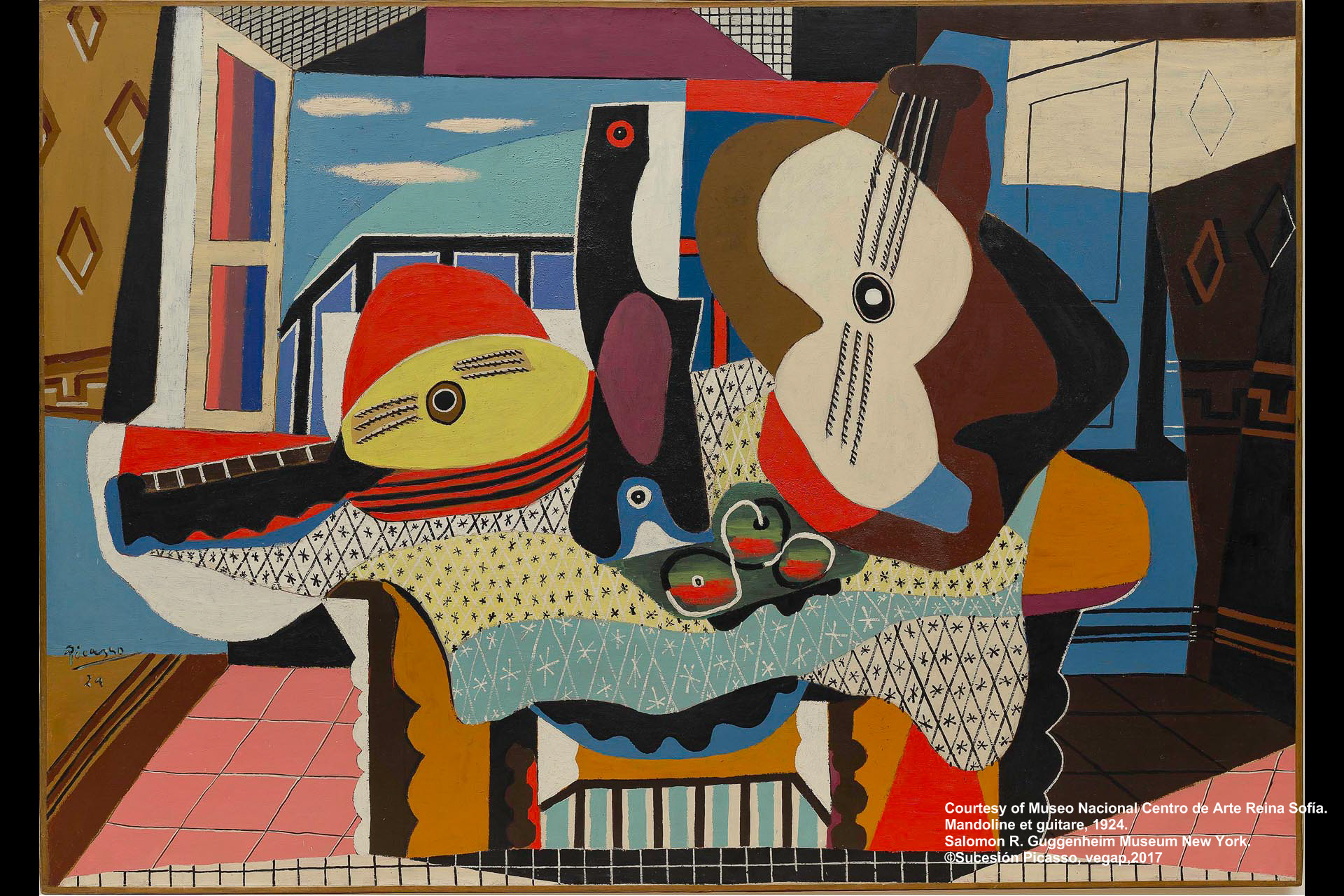 2017 will mark the 80th anniversary of the first public showing of one of the most iconic paintings in art´s history: Pablo Picasso’s Guernica. Initially exhibited in the Spanish Pavilion at the 1937 world´s fair in Paris.

The Museum Reina Sofia, Madrid-Spain, organizes Pity & Terror – Picasso´s Path to Guernica, (from 4th April to 4th September 2017); a major exhibition that will bring together some 180 works, from The Reina Sofia´s own collection and  more than 30 institutions around the world, including The Musée Picasso (Woman in the Garden, 1930) and The Centre Georges Pompidou in Paris;  The Tate Modern in London (The three dancers, 1929),  The MoMa (Woman dressing her hair, 1940),  the Museum Salomon R. Guggenheim (Mandoline et Guitare, 1924),  and the Metropolitan Museum of Art in New York (Nude Standing by the Sea, 1929), The Beyeler Foundation in  Basel-Switzerland, as well as Private Collections like those of Nahmad and Menil. This exhibition shall be also a celebration of the 25th anniversary of  Picasso´s work Guernica arrival at the museum Reina Sofia.

Different from other retrospectives on the art of the Málaga-born genius, this exhibition places the emphasis on the evolution of Pablo Picasso´s pictorial universe, with Guernica as its epicenter; from the late 1920s until the mid-1940s, a period when the artist brought about a radical change in his oeuvre.

Through key works from that period, it will be possible to analyze the transformation undergone in Picasso´s art, from the initial optimism of Cubism to his Search in the 1930s (a period of great political tumult) for a new image of the world, lying between beauty and monstrosity.  Guernica is thus treated in the Exposition not as an isolated piece but, as a fundamental work, forming part of the evolution of Picasso´s art.

When in early 1937 Picasso was asked to produce a painting for the Spanish Pavilion, he told the Republic´s delegates that he was not sure he could do the picture they wanted. The world of his art had been till than essentially intimate and personal, bound by the walls and windows of a room; he had almost never spoken to the public realm, still less to political events; since 1925 his art had often steered close, claustrophobically to nightmare and monstrosity.

Four months after agreeing to send a canvas to the Spanish Pavilion, Picasso enters into a phase of doubts and artistic blockage. He paints very less important pieces, which contrast with others periods when the artist´s  works showed more vitality. He seems to be searching  for the perfect work, a work  that includes all the directions he had initiated in the Mid-1920s, when he tried to express through his paintings the violence of the modern society.

Then came the bombing of Guernica. Picasso began again, finding his way towards a representation that would be public. Yet also, domestic: Political, yet deeply familiar as a figuration of Spain. Now women took central stage -not as models or monsters, but as active forces in the everyday world of war, mothers whose children bleed and die in their arms. And in a reversal of imagery of contemporary poets, who at the moments saw bombs as “iron embryos” dropping from the wombs of warplanes, Picasso began to imagine the female body taking on its own desperate “weaponize” defiance. Women tears stab their eyes; Tongues flicker like knives or flames; breast are projectiles; bodies turn into armored shells. This are images of outrage and resistance but also of desperation.

Picasso struggle to find a new form for terror. He had to draw on all his previous imaginings of monstrosity, but somehow return them to the key of compassion.

It took years for Picasso to escape from Guernica´s spell. The “Weeping Women” were Guernica sequel, and the portraits of Dora Maar, that followed, were essential variation of the same theme.

“An artist isn´t as free as you might think”

The Death head become an insistent presence in Picasso´s art in 1939. It persists as a motif during War World II and in the five years after the post-war recovery.

Picasso´s attitude to death, like his attitude to the century he lived in, defies any neat summing up. Many witnesses testify Picasso´s unwillingness to face mortality. His work is hunted by death -The skull will be his constant companion.

The Painting that he eventually created for the republic spoke grandly to the new reality of war; and the scene of suffering and disorientation he showed to us has lived on, as an emblem of modern condition for eight decades.

Besides Pity & Terror – Picasso´s path to Guernica, the museum – Reina Sofia – is also working on a number of other important projects to commemorate this anniversary.

Several small exhibitions will be organized in collaboration with the AC/E (spanish Cultural Action). They will be held in Mexico, Colombia and the U.S.A.

FG ART & TRAVEL INTERNATIONAL will be proud to keep you inform about it.