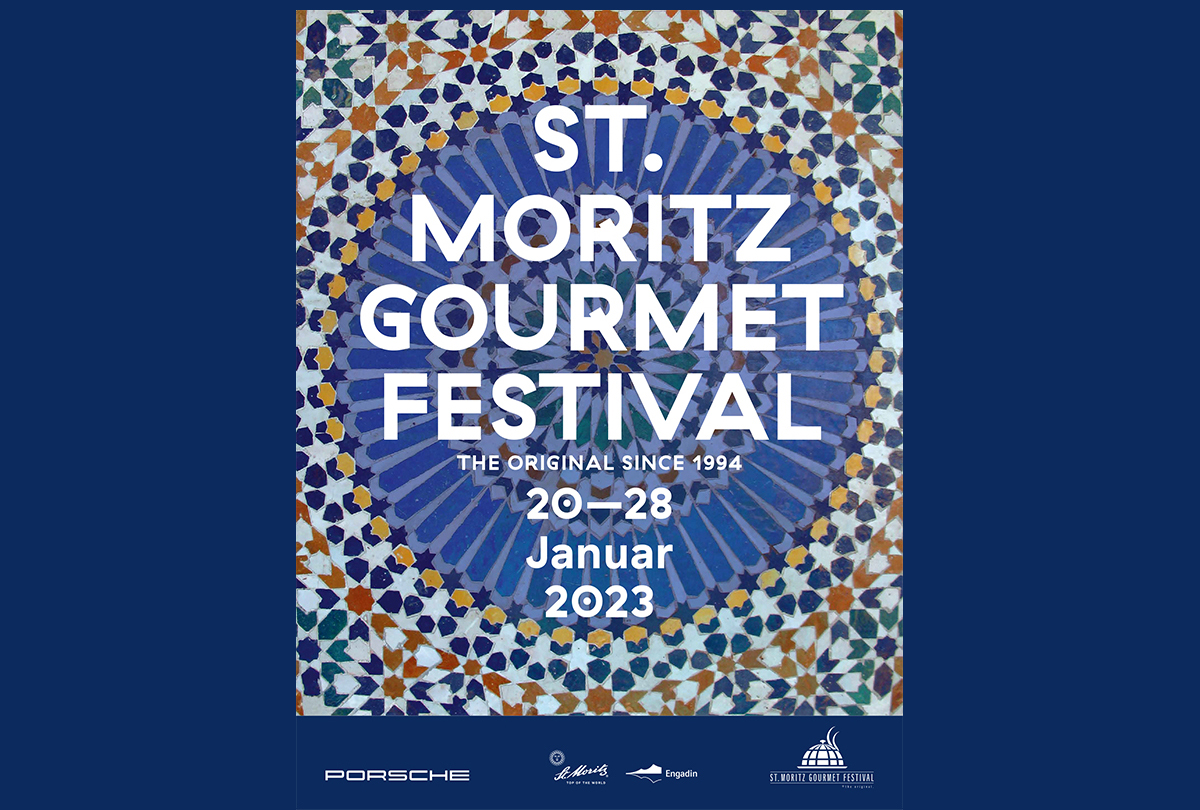 St. Moritz Gourmet Festival 2023: flavour fireworks for all the senses 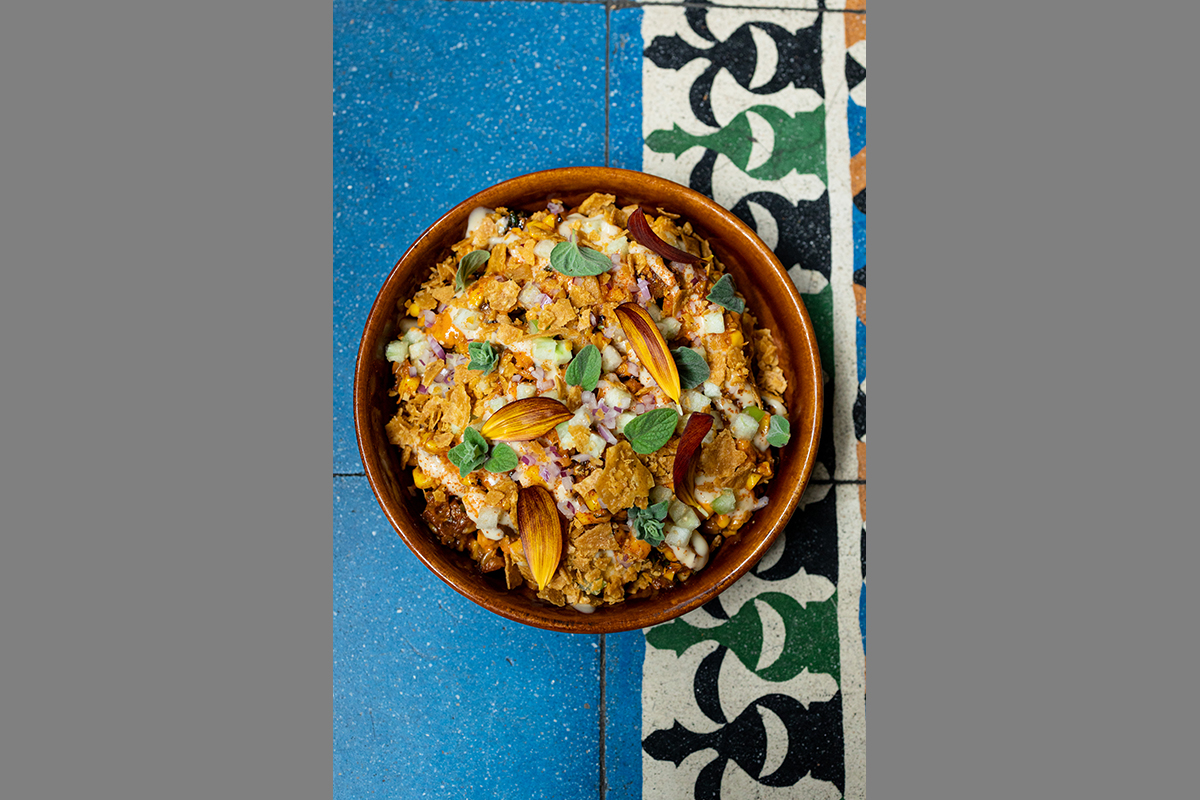 This is an absolute must for all lovers of good food: the St. Moritz Gourmet Festival will take place for the 29th time from 20th to 28th January 2023. Under the motto “Middle Eastern Cuisine”, gourmets of all stripes will gather in the Upper Engadine to sample delicacies prepared by the renowned guest chefs and the Executive Chefs of the partner hotels, and to exchange views at the festival events. Advance booking for the coveted tickets have started on 2nd November 2022 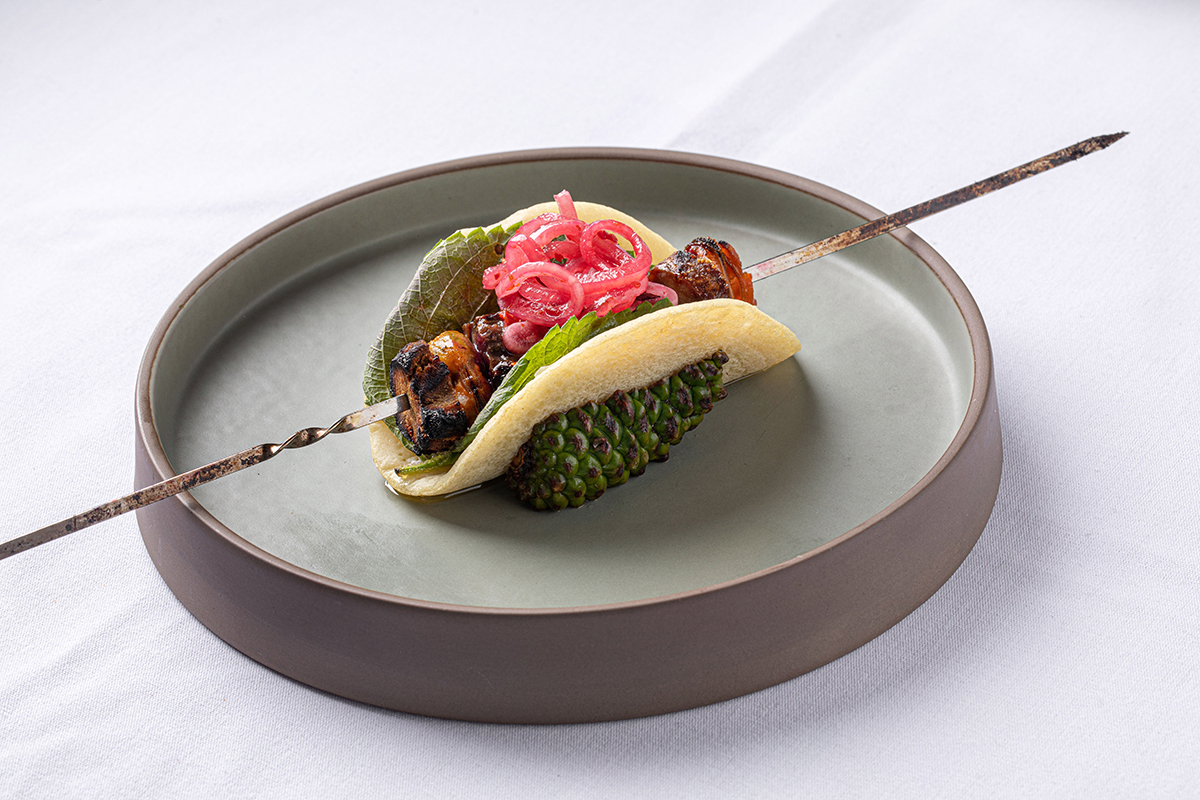 Food lovers should make a note of these dates in their calendars. The 29th edition of the St. Moritz Gourmet Festival has the pleasure of inviting them to the Upper Engadine for a culinary excursion through “Middle Eastern Cuisine”. Ten top chefs from the world’s most renowned fine–dining restaurants offering the diverse cuisine of the Middle East will delight festival guests at more than 40 different culinary events, with their exceptional culinary skills 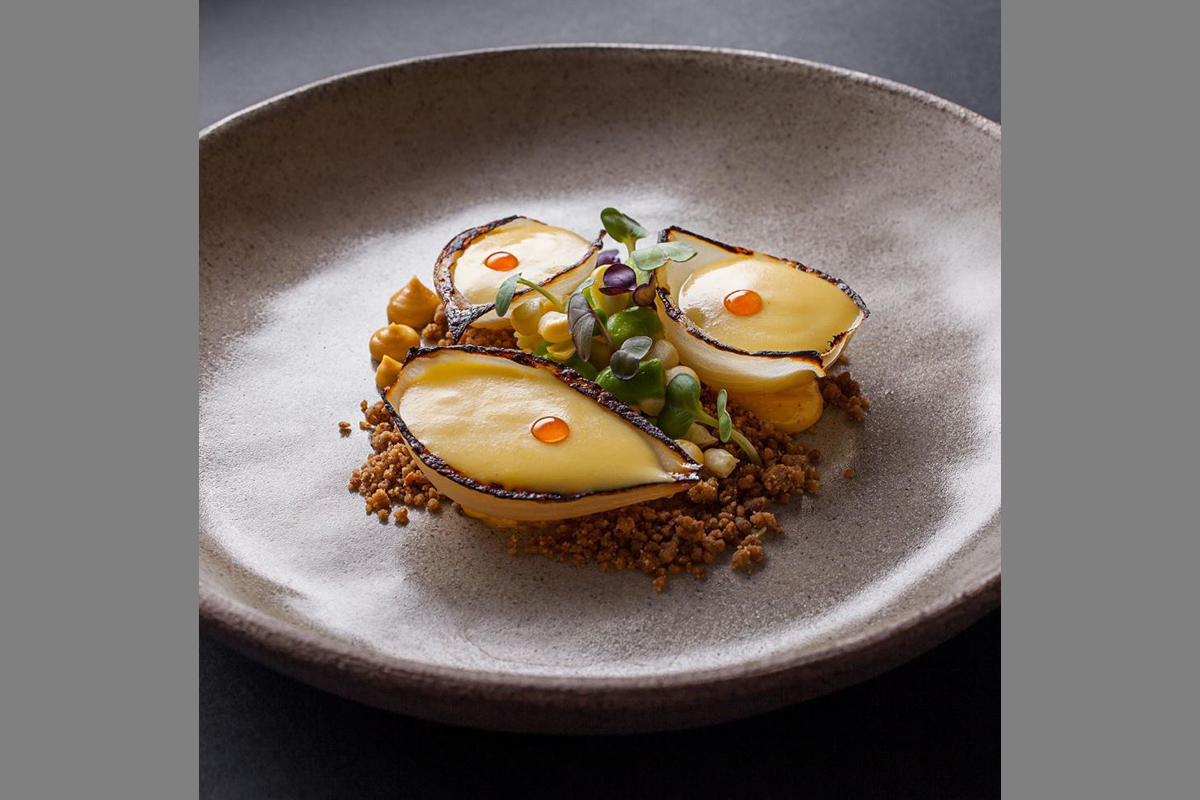 In line with its philosophy of offering gourmet fans new culinary discoveries in the Upper Engadine that can be experienced nowhere else in such an intense manner, all set against its magnificent winter backdrop, the St. Moritz Gourmet Festival is dedicating its 29th Edition to the trendsetting “Middle Eastern Cuisine” 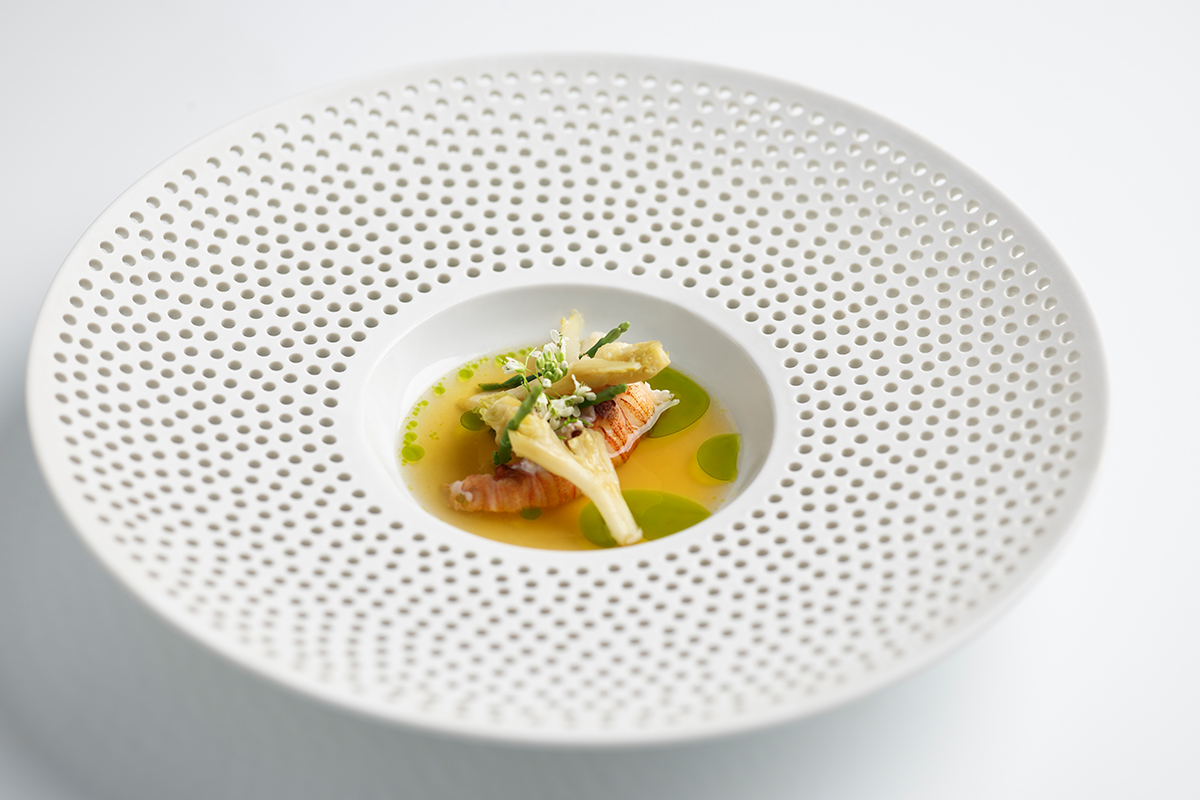 The ten invited guest chefs (both male and female) are established and highly talented protagonists. With their culinary skills, they are ensuring an impressive food renaissance of the so–called MENA region (MENA stands for “Middle East and North Africa”), i.e., Arabic, Israeli, Lebanese, Syrian, Moroccan, Iranian or Turkish cuisine. 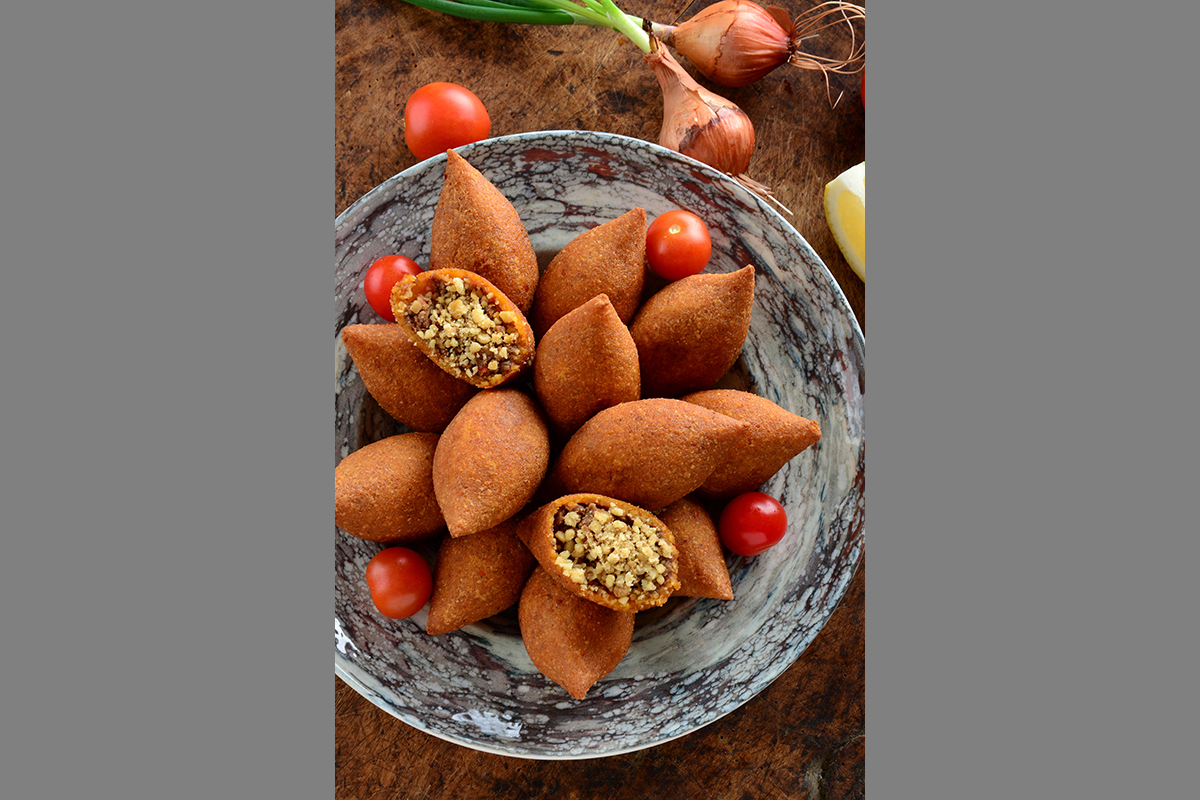 In their creations, they document, expand and refine the influences of different culinary cultures. On the one hand, their dishes represent history or tradition – both experienced and cooked. On the other, they are a highly exciting fusion of traditional ingredients and preparation methods from the Orient and North Africa incorporating classic and new cookingtechniques of the Western world. Moreover, the multicultural family background of these next–generation chefs and their sensational international professional careers also play an important role. Like hardly any other, “Middle Eastern Cuisine” is a strongly plant–based cuisine that meets the increasing desire for vegan or vegetarian nutrition. Traditionally, however, fish and meat lovers are not neglected either. 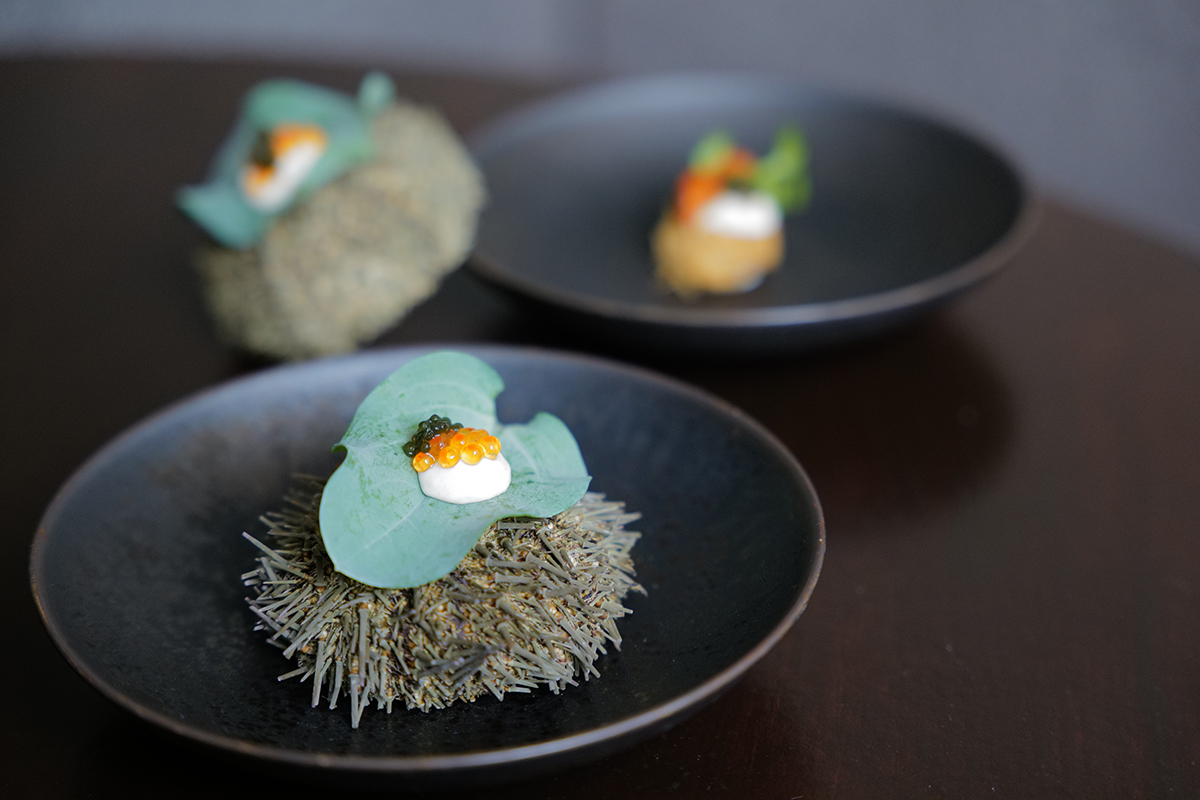 The cuisine of the Middle East delights gourmets all over the world with its creativity and variety of flavours. There is something else that distinguishes Middle Eastern cuisine: nowhere else is the sense of community more celebrated during meals. Whether in the United Arab Emirates, Israel, Lebanon, Syria, Morocco, Palestine or Turkey, eating is an attitude of life and always a communal experience. Getting together with loved ones at a long table, sharing dishes, exchanging views, having a good time together – that’s what counts. The St. Moritz Gourmet Festival 2023 celebrates the creativity, diversity and conviviality that “Middle Eastern Cuisine” stands for. The wintery snow landscape of St. Moritz will be the perfect backdrop for the colourful dishes. 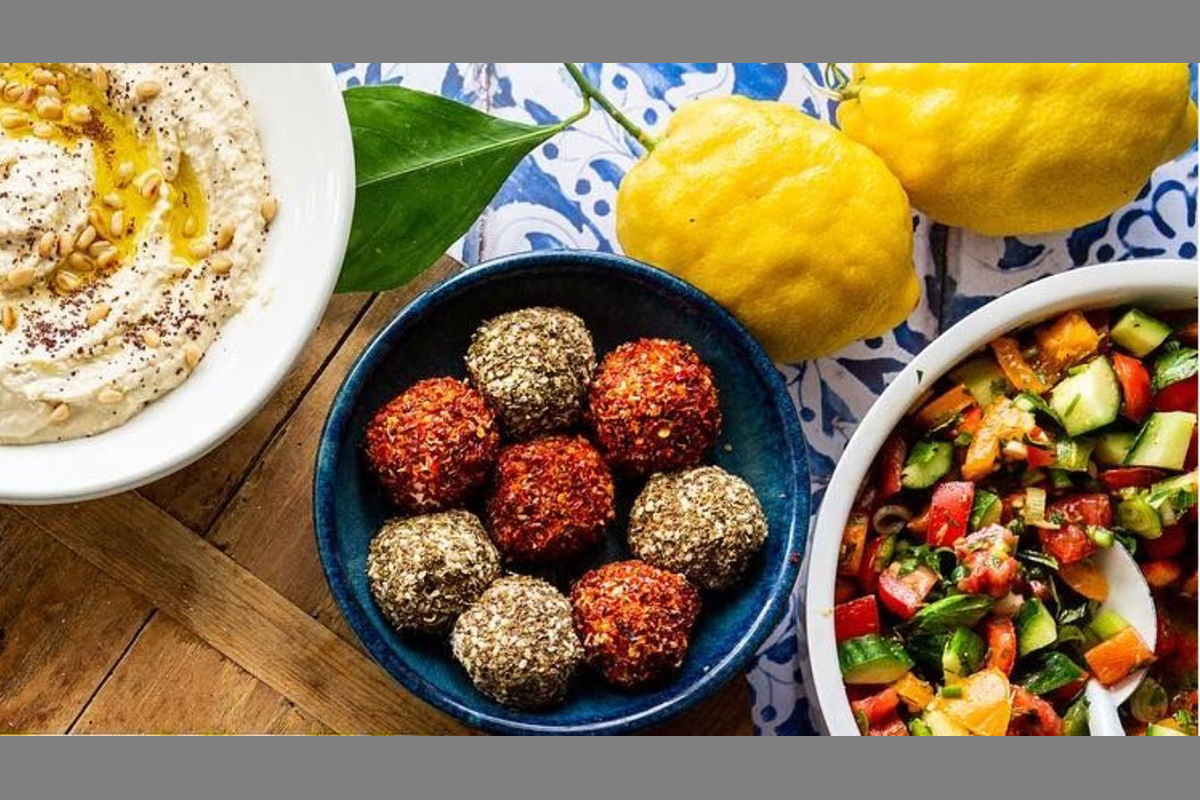 Experience  Top  Chefs  of  the  “Middle Eastern Cuisine”  up  close

One of the guest chefs will be Musa Dağdeviren. At hotel“Waldhaus Sils”,The Turkish–born chef is guest of Executive Chef Gero Porstein. he will be revealing his oriental culinary skills at the upcoming St. Moritz Gourmet Festival. He opened the first of his three restaurants, “Çiya”, in Istanbul back in 1987, and in 2018 he was featured in the award–winning series “Chef’s Table”. His regional Turkish cuisine and unique traditional cooking techniques were influenced in his early childhood in his uncle’s bakery. Musa Dağdeviren is also known as a culinary archaeologist, as he serves a variety of the country’s cuisine using techniques from the past, preventing them from being forgotten. He uses exclusively seasonal products from small producers and farmers in the region. 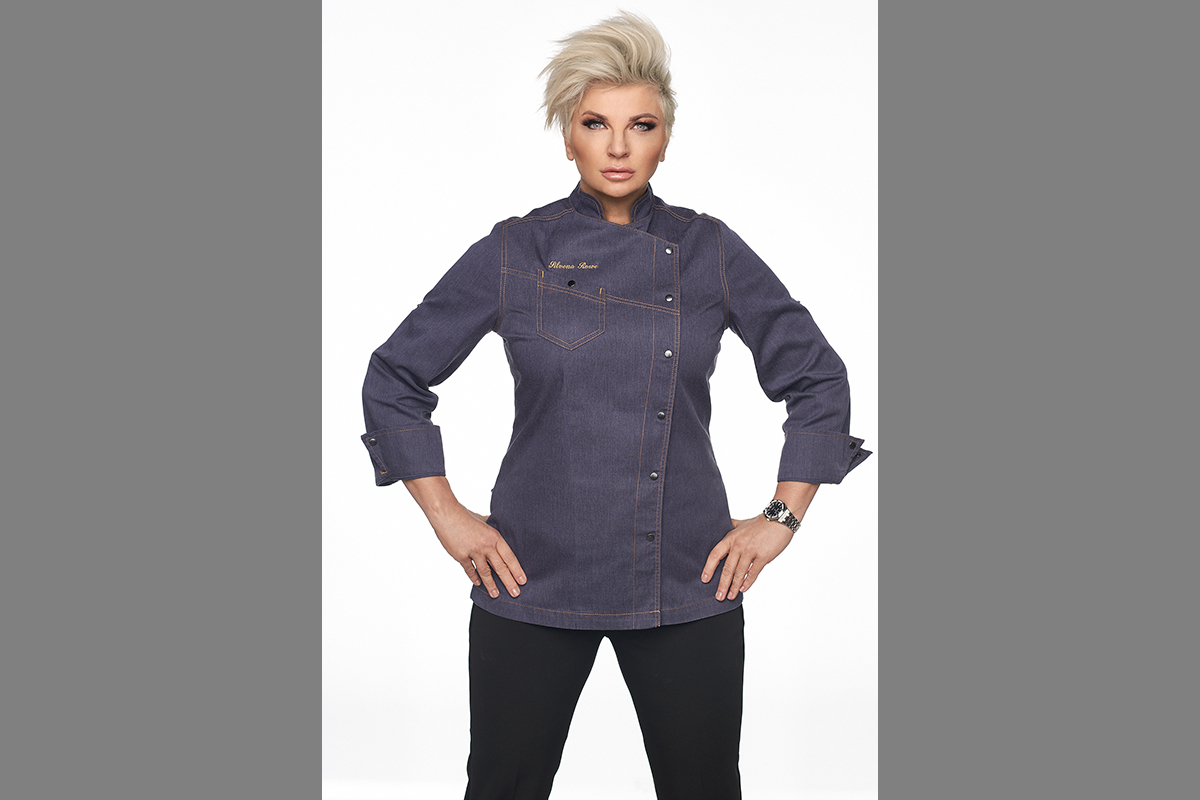 At the “Hotel Saratz”, Executive Chef Kari Walker welcomes Silvena Rowe. The Bulgarian–Turkish chef helped establish the restaurant “Omnia” in Dubai as co–owner and is today considered one of the leading “wellness chefs” in the Gulf area. For five years, “Omnia” has been among the 100 best restaurants in Dubai and has already won the UAE award “Best Healthy Restaurant” as well as the “Innovation Chef of the Year” award. Currently, Rowe runs the coffee shop “Al Botanica” as well as the restaurants “Nassau” and “Indian Kitchen by Chef Silvena” in the prestigious golf and country club “Jumeirah Golf Estates”. 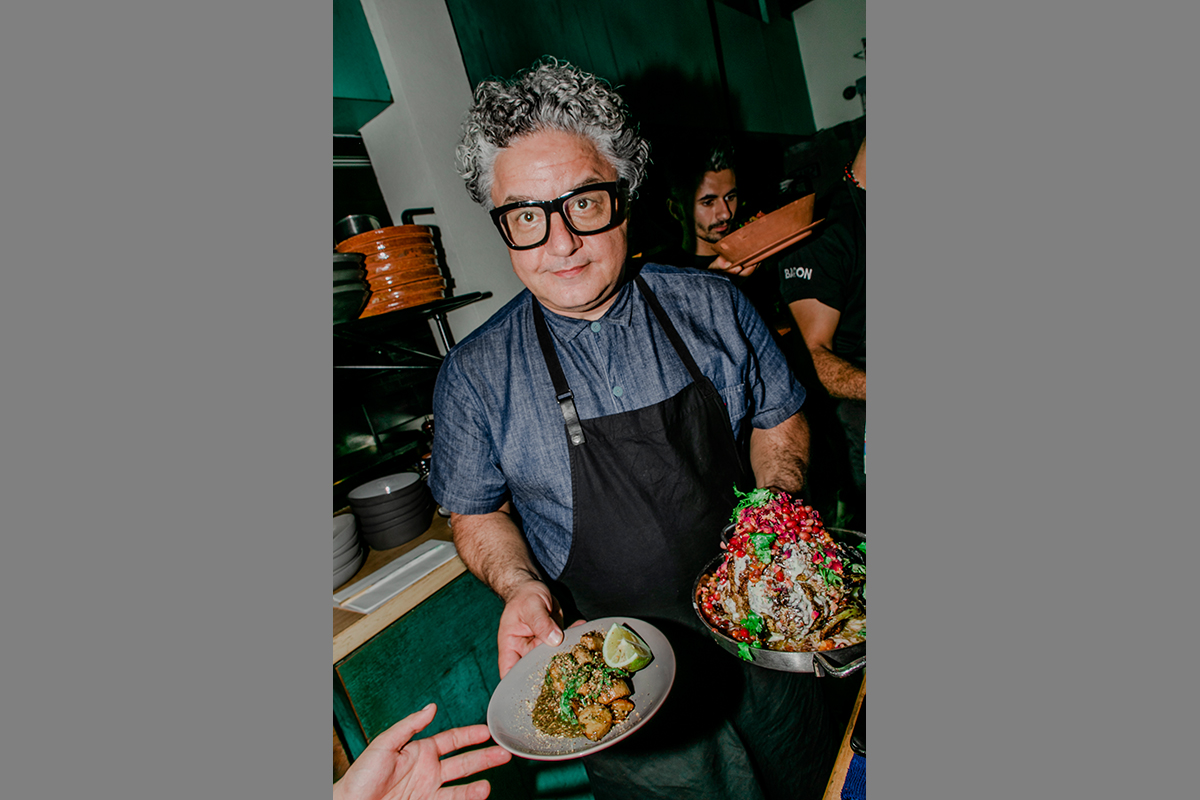 Athanasios Kargatzidis is Mauro Taufer’s guest at the “Kulm Hotel St. Moritz”. Born in Greece, he grew up in Canada and studied at the renowned Dubrulle Culinary Institute in Vancouver. He developed his own culinary signature during his travels all over the world, but always refers to his Greek roots with his modern fusion cuisine. As co–owner, Kargatzidis opened the restaurant “Baron” in Beirut, which is one of the best restaurants in all of Lebanon. In 2022, it was ranked 12th in the “Middle East & North Africa’s 50 Best Restaurants”, and 1st in the “Middle East & North Africa’s 50 Best Restaurants – Lebanon”. 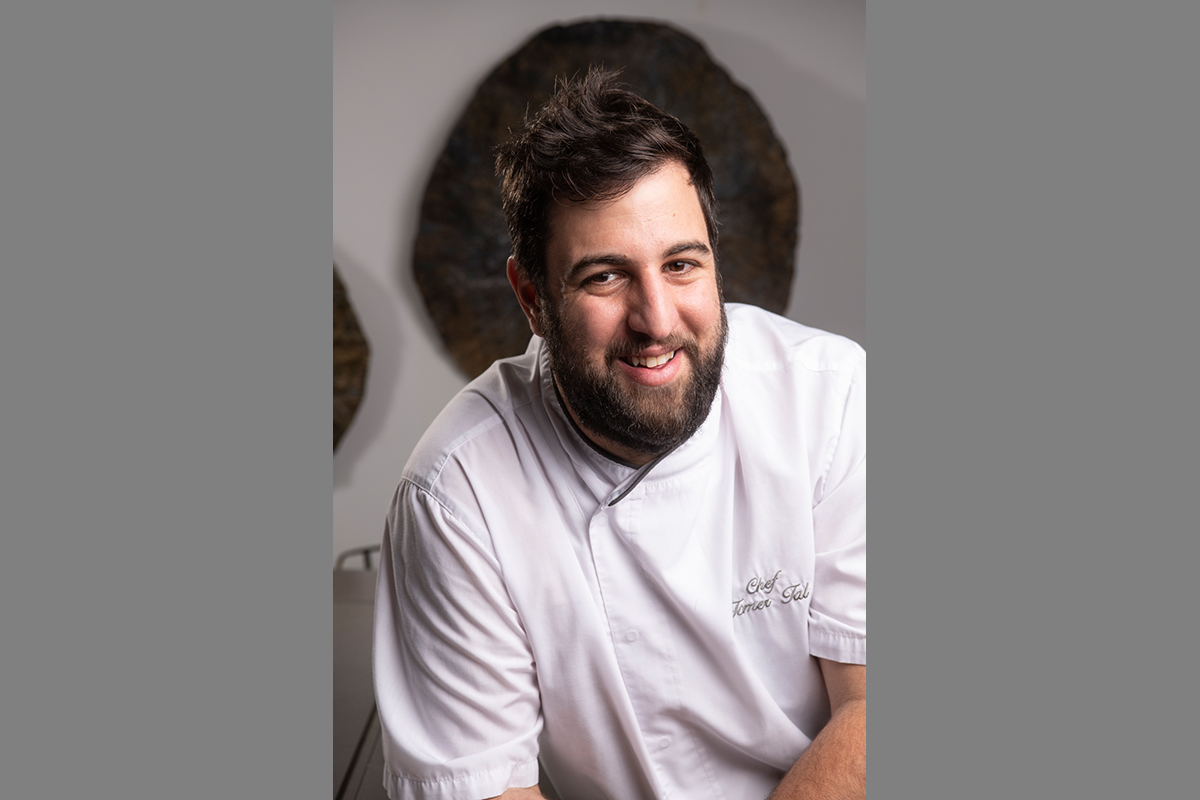 Tomer Tal, one of the shooting stars of the Israeli gastronomy scene, is a guest of Executive Chef Gian Nicola Colucci at the “Grand Hotel des Bains Kempinski”. His gourmet restaurant “George & John” with its modern Israeli cuisine in the 5–star superior hotel “The Drisco” in Tel Aviv is one of the most renowned restaurants in the country. In 2022, it was ranked ninth among the 50 best restaurants in the entire Middle East. Before becoming head chef at “George & John”, Tal cooked in some of Israel’s best restaurants, including four years as head chef at “Yaffo”, the restaurant of celebrity chef Haim Cohen. Tal’s creative cuisine is inspired by the multicultural flair of Tel Aviv. 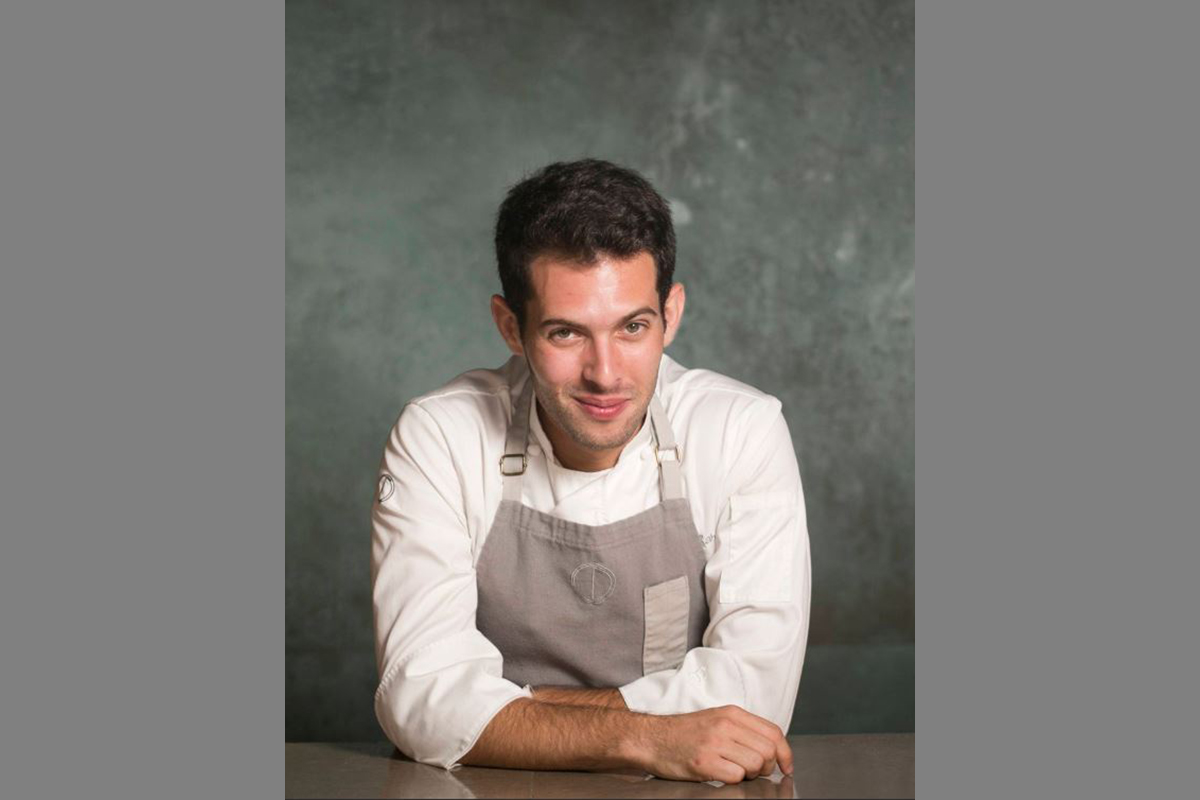 Raz Rahav will cook with Executive Chef Fabrizio Crespi at the “Carlton Hotel” St. Moritz. In 2016, Rahav fulfilled his dream and opened the restaurant called “OCD” in Tel Aviv, the name standing for obsessive compulsive disorder. His 19–course experience menu is served to only 19 guests per evening. The dishes combine techniques from the Eastern Mediterranean cuisine and from haute cuisine, with recipes and flavours from the Pan–Jewish and Israeli culinary heritage. In just seven years, head chef Raz Rahav has cooked his way to the top of Middle Eastern Cuisine, ranking third in “MENA’s 50 Best Restaurants” in 2022. 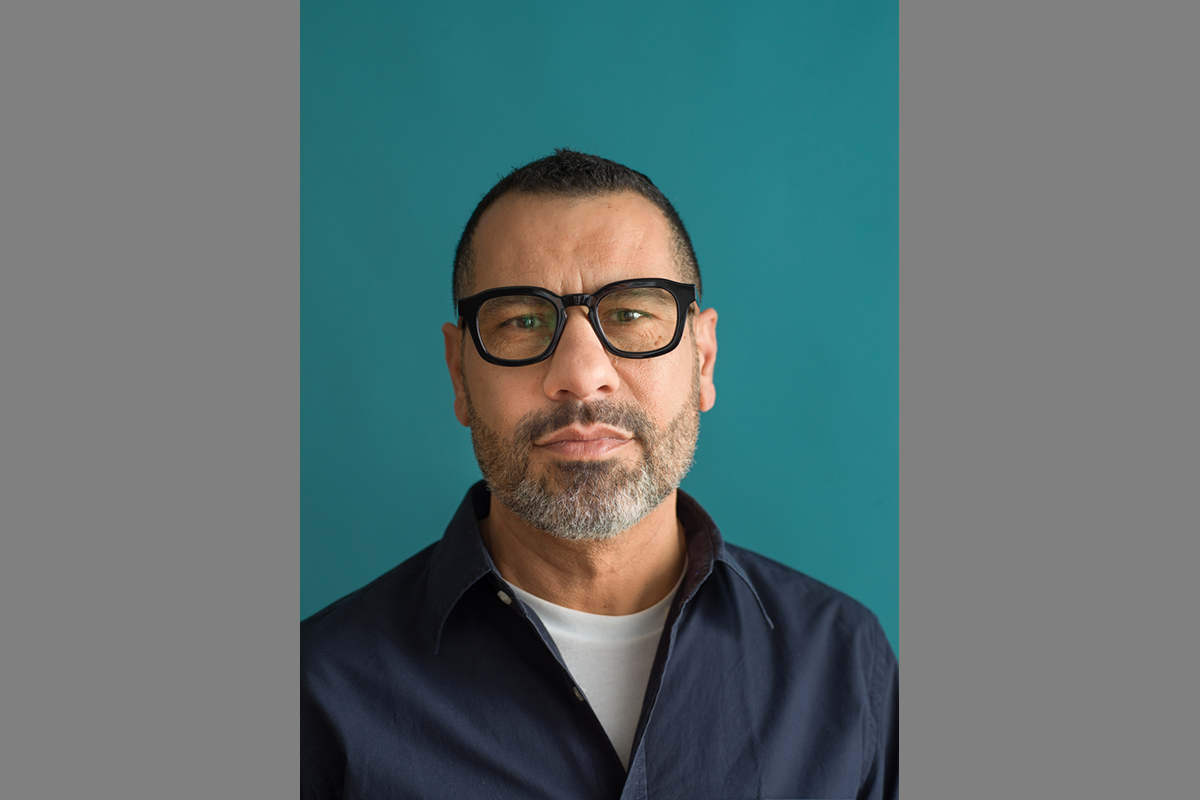 “Suvretta House” Executive Chef Fabrizio Zanetti welcomes Sami Tamimi. Born in Palestine, he started his career in Jerusalem, moved to Tel Aviv at the age of 21, built up a catering business and became head chef at “Lilith”, then one of Israel’s most renowned restaurants. Tamini has lived in London since 1997. He met Yotam Ottolenghi at the “Baker & Spice” deli, and  together they opened the first “Ottolenghi Deli” in Notting Hill in 2002. Today, in addition to five branches of the deli, the dream team also owns two restaurants, “NopiI” and “Rovi”, in London. Tamimi and Ottolenghi have published two cookbooks; and Tamimi wrote his third book, “Falastin”, together with Tara Wigley. 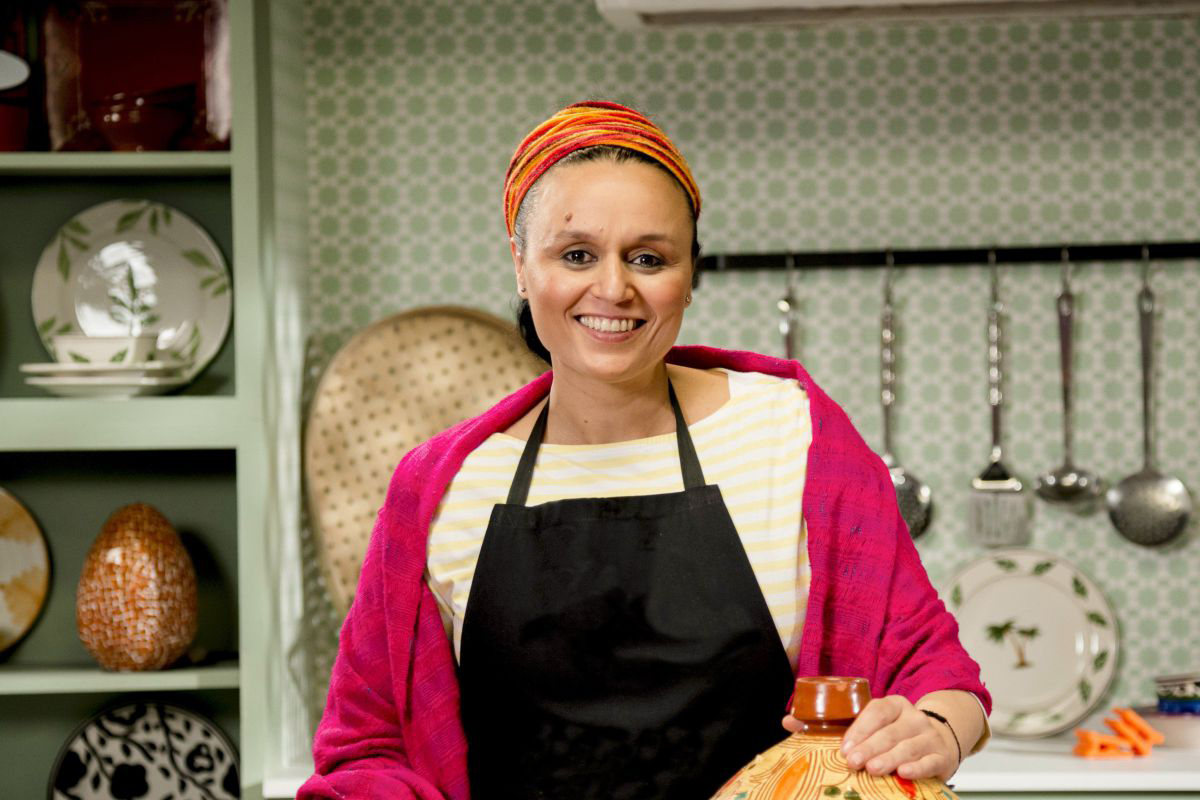 Najat Kaanache will cook with Executive Chef Janko Glotz at the “Nira Alpina” hotel. The former actress is today not only a committed women’s rights activist, but also one of the most important ambassadors for Moroccan cuisine. Twice already, Najat Kaanache has been named “best Moroccan cook in the world” as part of the “World’s 50 Best.” She is the face of the successful TV show “Cocina Marroqui”, which is broadcast in Spain and 20 Latin American countries, and was the first and so far only Moroccan cook to work with Ferran Adria in the gourmet restaurant “El Bulli”. Since 2016, gourmets have been able to see this for themselves in her restaurant “Nur” in the historic medina of the Moroccan city of Fez. 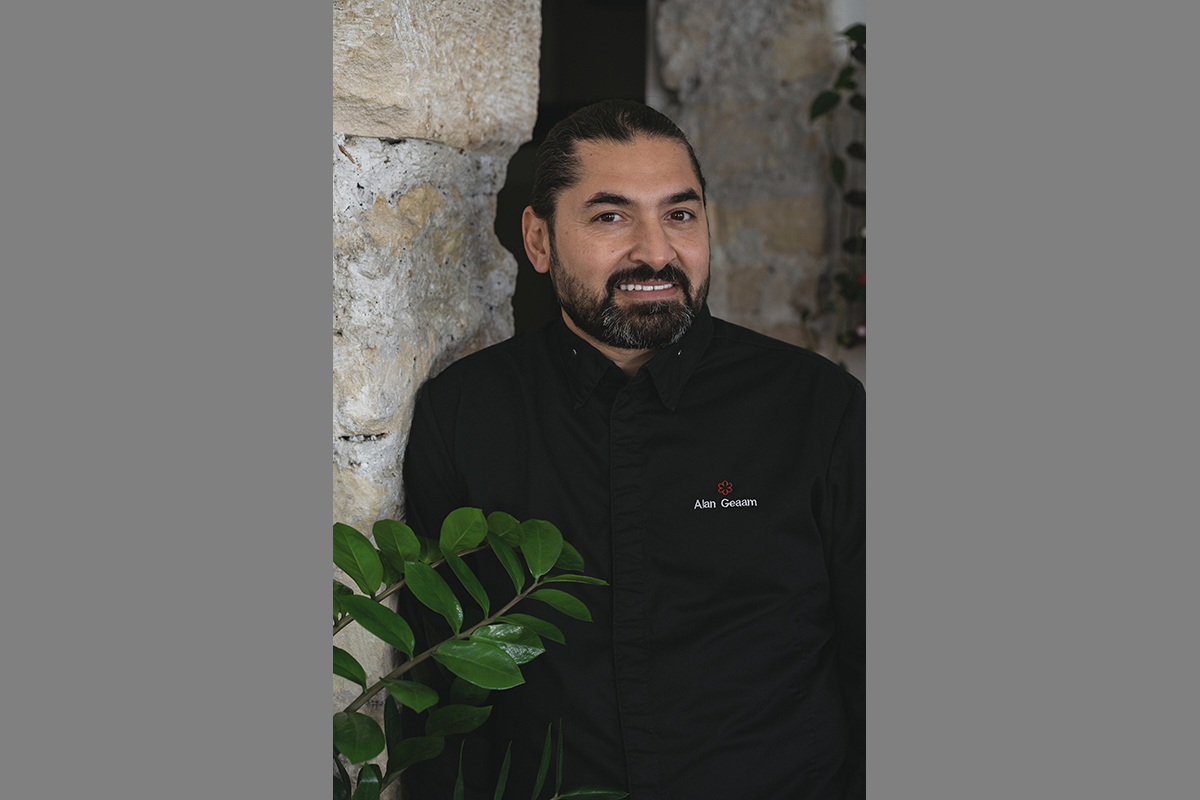 Alan Geaam represents Middle Eastern cuisine in Paris. At the St. Moritz Gourmet Festival he is a guest of Fabrizio Piantanida at the Grand Hotel “Kronenhof” in Pontresina. Geaam was born in Libya and grew up in Lebanon. At the age of 10, he moved to the USA with his parents, and at 24 he went to Paris. There he first struggled along as a dishwasher before obtaining by chance his first job at the stoves. In 2007, the self–taught chef became head chef at the “Auberge Nicolas Flamel”, and in 2018 he was awarded his first Michelin star. Today, he owns his fine–dining restaurant “Alan Geaam” (1 Michelin star) near the Arc de Triomphe. 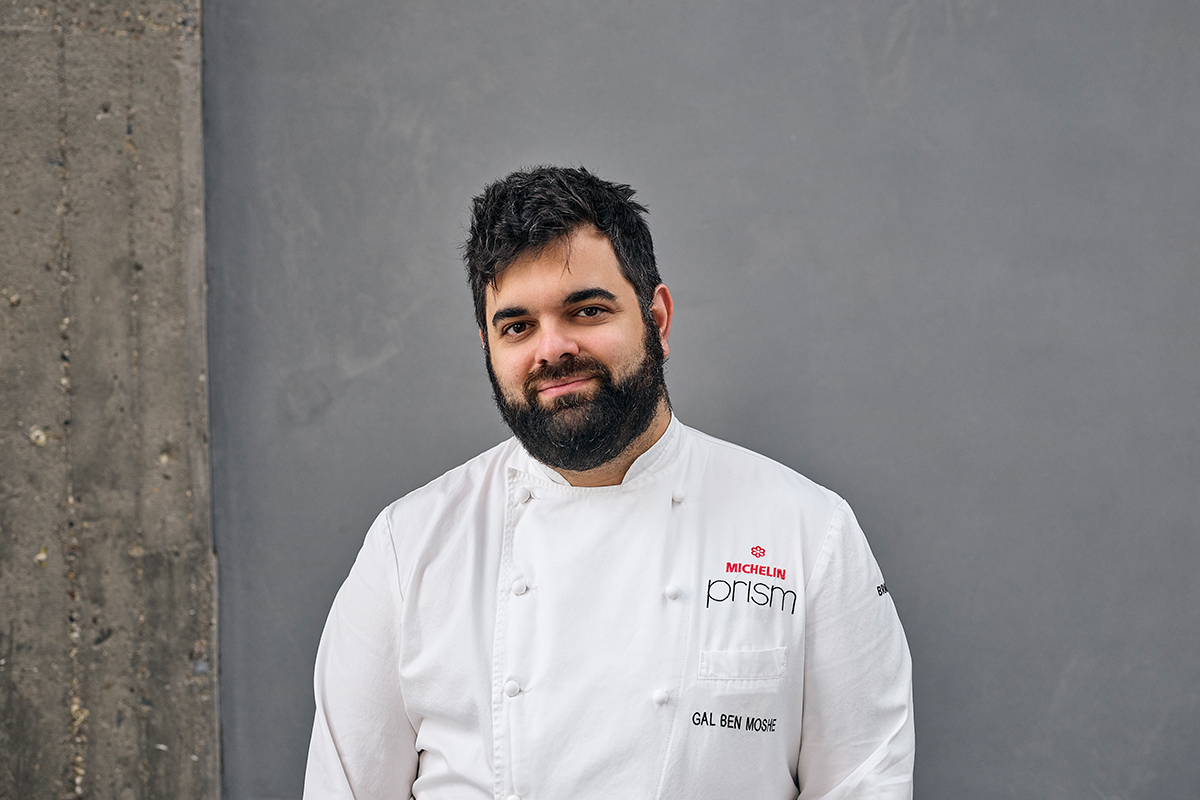 Gal Ben Moshe comes from Berlin to St. Moritz, where he will be a guest of Rolf Fliegauf at the Hotel “Giardino Mountain”. Ben Moshe was born and raised in Tel Aviv, studied in London with 2–star chef Claude Bosi and opened his first restaurant “Glass” in Berlin in 2013. Since 2018, he has been running the “Prism” in Berlin, where he serves creative fine–dining dishes that pick up on the traditional flavours of the Levant region. Ben Moshe skilfully combines the ideas and philosophies of Levantine cuisine and typical ingredients of his homeland with the most modern cooking techniques. In 2020, he received his first star from the Michelin Guide. 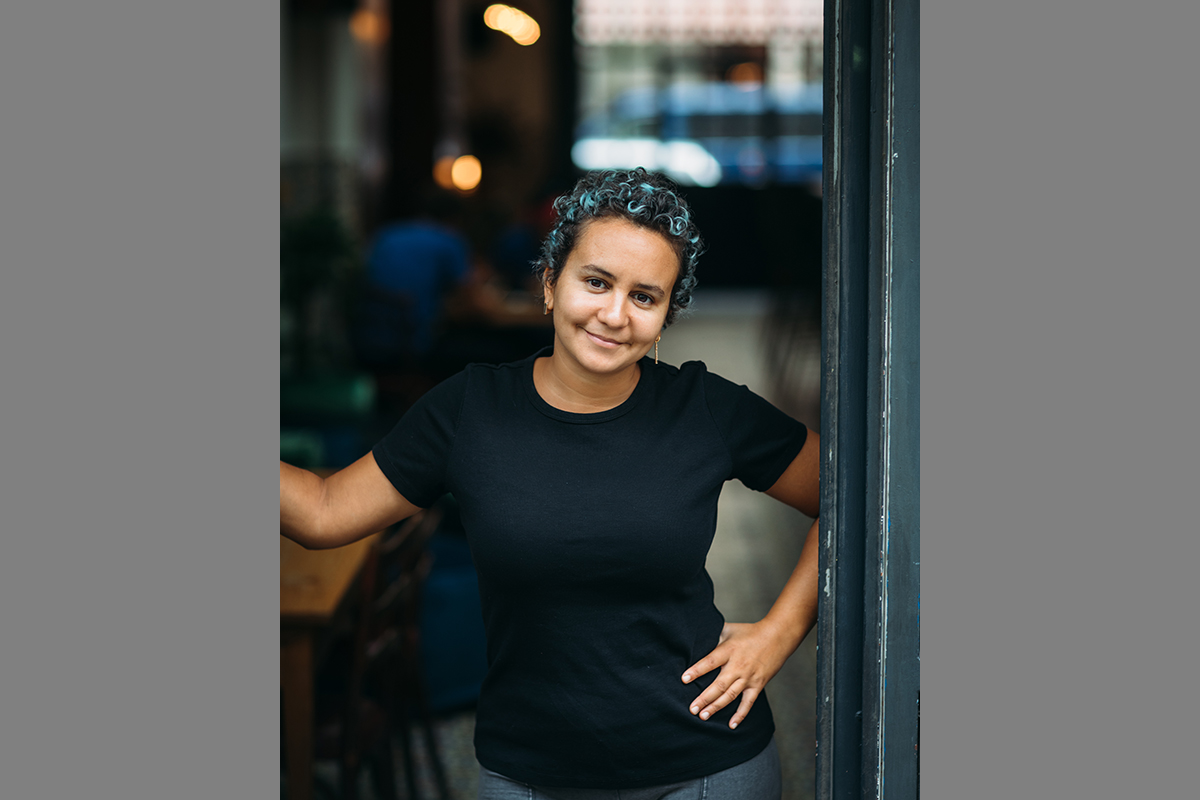 Executive Chef Maxim Luvara from the “Badrutt’s Palace” Hotel welcomes Zineb “Zizi” Hattab. The Spaniard with Moroccan roots worked as a software engineer until a few years ago, then taught herself professional cooking techniques and completed traineeship with Andreas Caminada in Fürstenau and Massimo Bottura in Modena. Today she is one of the most talented chefs in Switzerland and runs the restaurants “Kle” and “Dar” in Zurich, which serve exclusively vegan dishes. In 2020, Gault Millau named Hattab “Discovery of the Year”, in 2021 she was awarded the “Green Star”, and in 2022 she received her first star from the Michelin Guide. 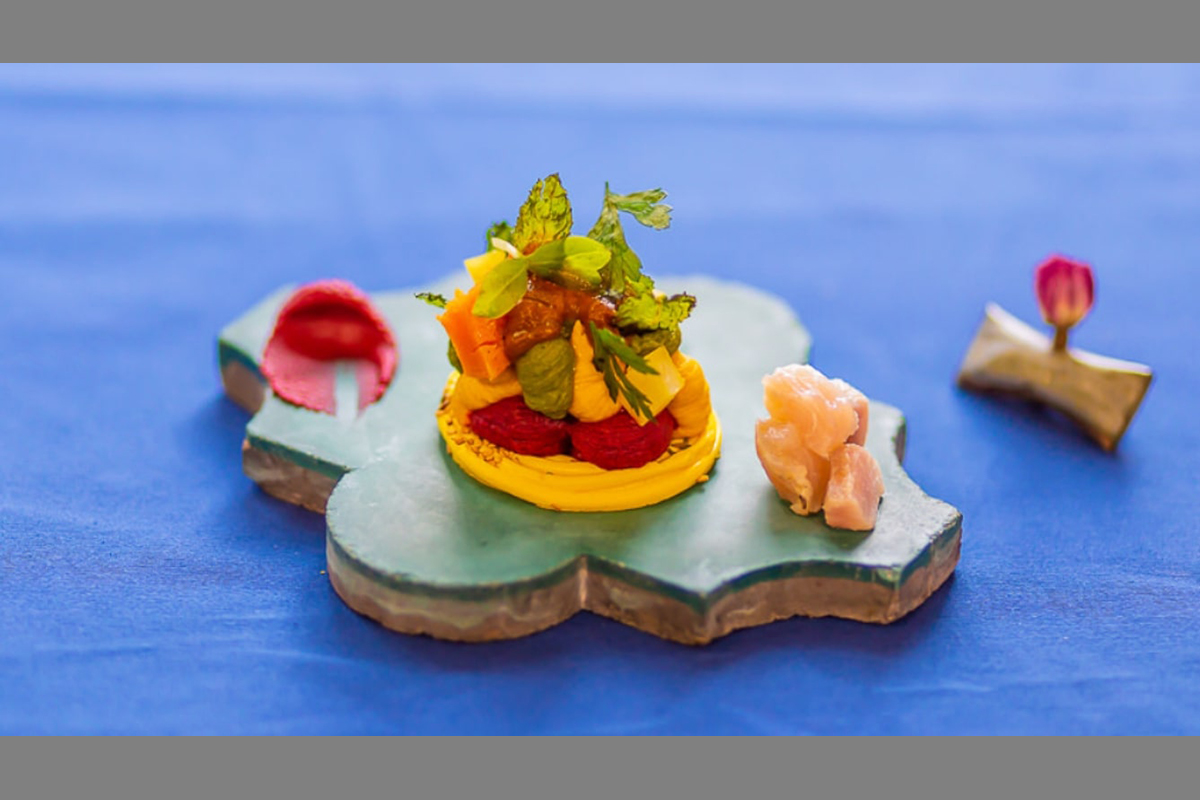 All the guest chefs  With their culinary concepts, the ten “Middle Eastern” star chefs have successfully established roots in home countries such as Bahrain, Israel, Syria, Turkey or Lebanon or they run excellent fine dining restaurants in metropolises such as Berlin, London and Paris. 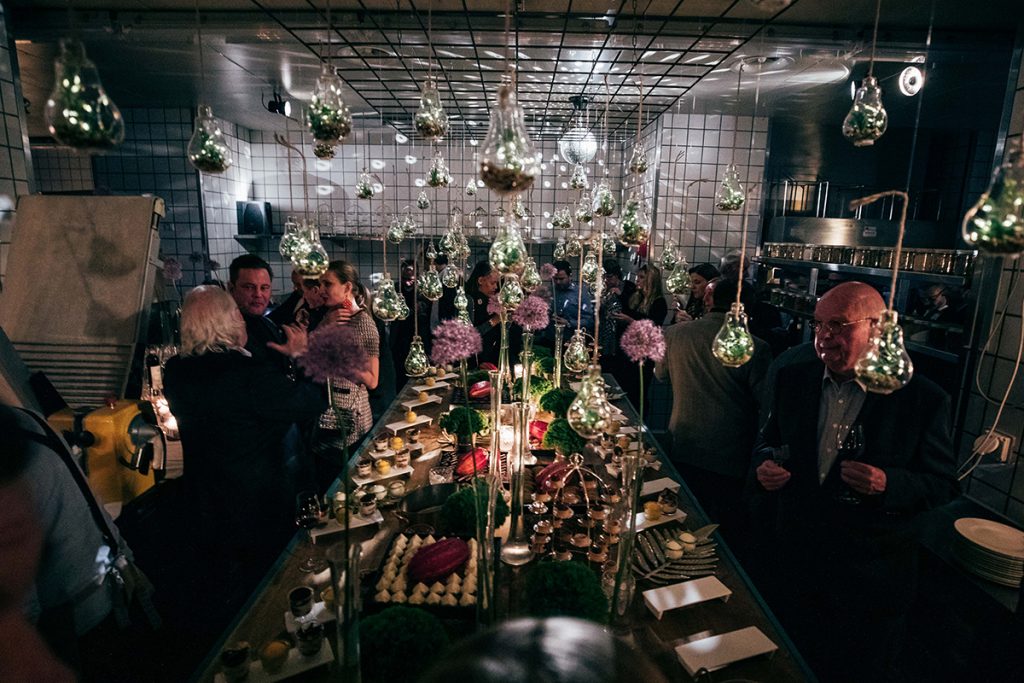 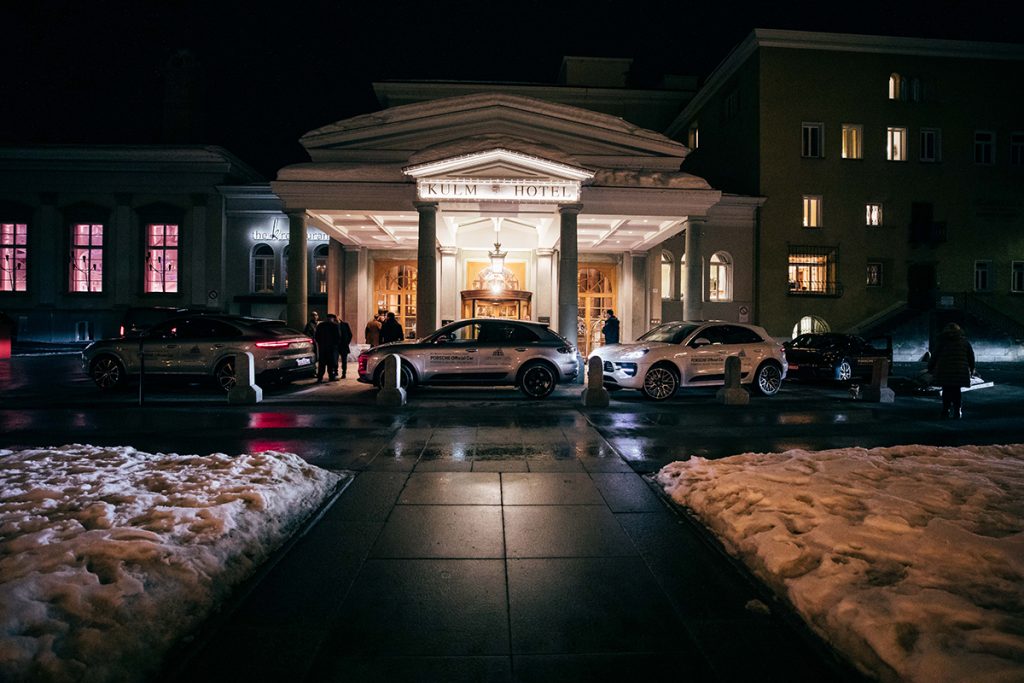 The St. Moritz Gourmet Festival 2023 will feature the usual diverse programme of events, including glamorous and social elements of the oriental philosophy of life and host culture. The Porsche Grand Opening at the Grand Hotel des Bains Kempinski in St. Moritz will provide a delightful kick–off, followed by the individual Gourmet Dîners and Gourmet Safaris, the legendary Kitchen Party at the Badrutt’s Palace Hotel and special events at the partner hotels. The St. Moritz Gourmet Finale at the Kulm Hotel St. Moritz will be the crowning conclusion. 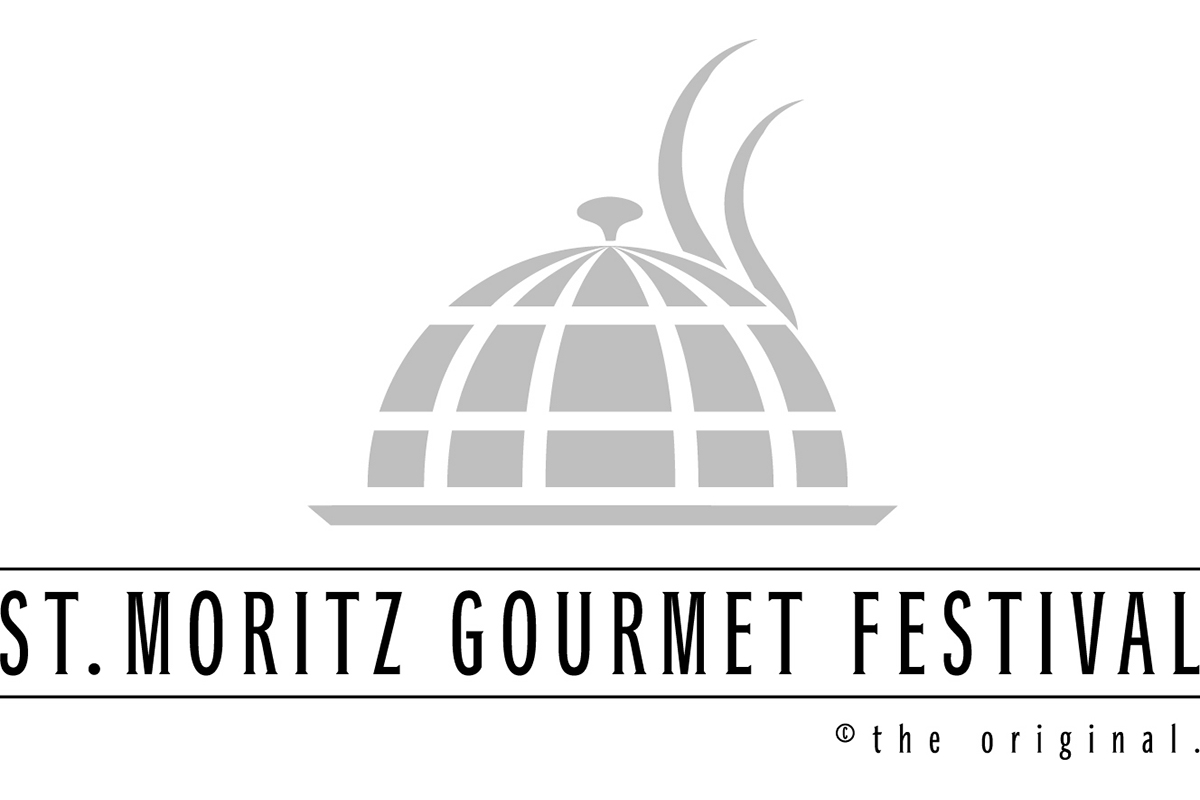 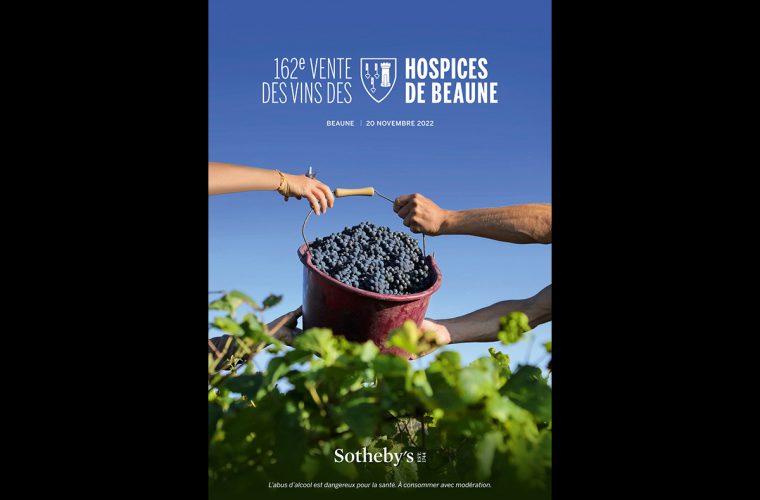