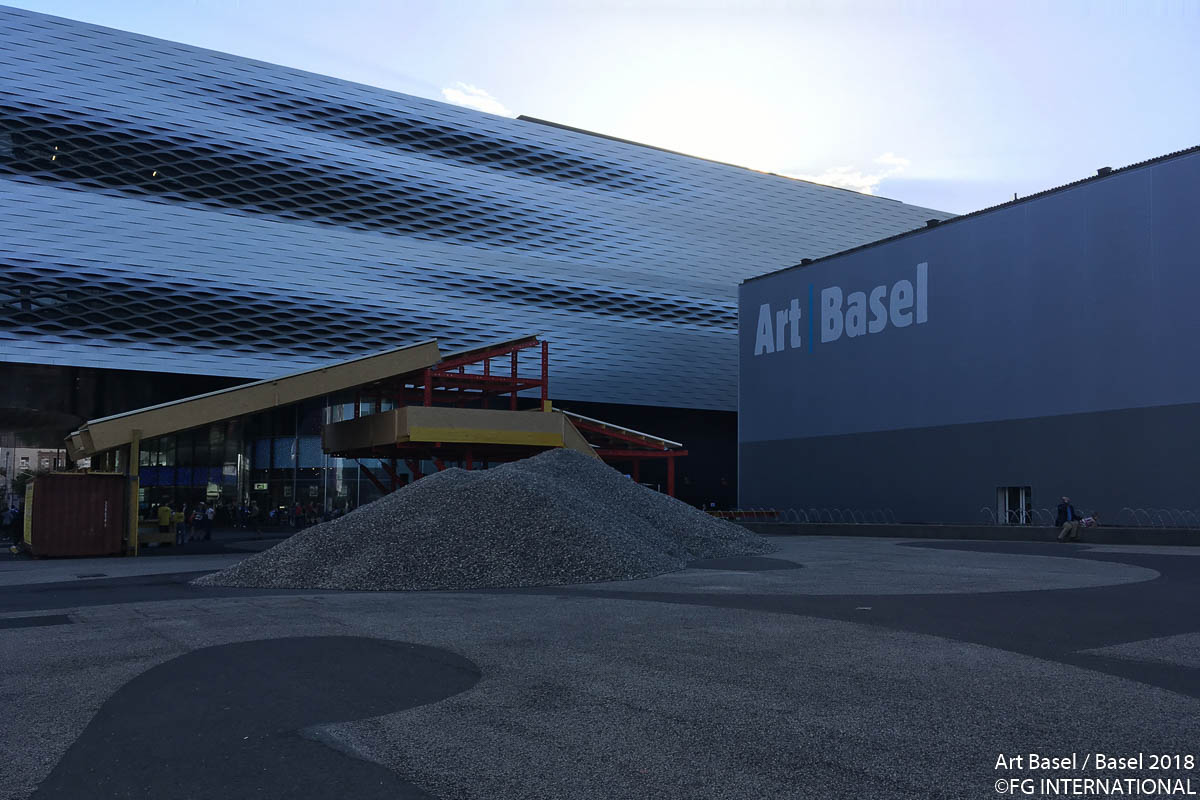 The 2019 edition of Art Basel in Basel

NEW GALLERIES AND MUCH MORE!

This year, 290 leading international galleries will present works ranging from the Modern period of the early 20th century to the most contemporary artists. While galleries from Europe continue to be strongly represented,the show also features returning and new exhibitors from across the globe, including Asia, Europe, North and South America, the Middle East and Africa.

Additionally, the Galleries sector will berejuvenated by sevengalleries joining the sector for the first time, having previously exhibited in Feature or Statements. This June,Galerie Pietro Spartà from France; PeresProjects, Société and Wentrup from Germany; Hollybush Gardens and Sprovieri from the United Kingdom; and P.P.O.W from the United States will enter Art Basel’s prestigious main sector, showcasing the full range of their programs.

Premier galleries specializing in Modern and historical worksfrom across the globe will once again return to Basel. Dozensof galleries will, exclusively or as a major part of their program,present exceptional pieces from the classical Modern to postwar contemporary, creating a uniquefocus on the outstanding quality of workfrom 1900 to 1970, a fundamental aspect of the show.

Featuring 24 projects this year, the sector will present ambitiously curated exhibitions by both historical and contemporary artists, with 11 galleries completely new to the show.

Highlights from the sector include: a two-person show by US artists Allyson Strafella and Helen Mirra at Galleria Raffaella Cortese; Croy Nielsen’s presentation of work by Austrian artist Elke Silvia Krystufek, who during the 1990s became known for her often provocative performances, videos, photographs and paintings, many of which address the identity of the female artist in a patriarchal society; a solo show of Wallace Bermanat galerie frank elbaz, with exceptional artworks and historical archival documents from the late 1940s to the 1970s; a focus on Cameron Rowland’s ‘Rental Project’at Essex Street; a selection of never-before-exhibited, spectacular relief paintings by British artist Frank Bowlingfrom the mid-1980s at HalesGallery; a solo exhibition by Los Angeles-based artist Carl Cheng at Philip Martin Gallery; and apresentation of unpublished works by Hudinilson Jr., one of the pioneers of Xerox Art in Brazil, at Galeria JaquelineMartins.

Welcoming six galleries to the Basel show for the first time, the sector will comprise 18 solo presentations by emerging artists, presented by young galleries from across the world.

Highlights from the sector include: a new commission by Rose Salane at Carlos/Ishikawa; EJ Hillat Common wealth and Council; Argentine artist Ad Minolitiat Galerie Crèvecoeur; a new body of work encompassing sculpture, drawing and painting by Bangladeshi artist AyeshaSultana at Experimenter; Sable Elyse Smith, an interdisciplinary artist and writer who focuses much of her work on the American carceral state, at JTT; Palestinian-Jordanian artist Saba Innab at Marfa’;and a body of new work by Farah Al Qasimi looking at domestic traditions of hospitality and interior decor across public and private spaces in the Gulf states, presented by The Third Line.

The 21st Baloise Art Prize will be awarded to up to two artists exhibiting in Statements, with recipients being announced at themedia reception of Art Basel.The Baloise Group acquires works by the award-winning artists and donates them to two leading European museums, which will hold solo exhibitions for the recipients of the award.

Taking place again on the upper floor of Hall 1,Unlimited, Art Basel’s unique platform for projects that transcend the limitations of atraditional art-fair stand, is curated for the eighth and final year by Gianni Jetzer, Curator-at-Large at the HirshhornMuseum and Sculpture Garden in Washington DC.

Featuring site-specific sculptures, interventions and by Art Basel’s exhibitors, Parcours will its tenth edition to the old city of Basel. The sector is once again curated by Samuel Leuenberger, founder of the non-profit exhibition space SALTS in Birsfelden, Switzerland.

Screened at Stadtkino Basel, the Filmprogram will be for the final year curated by Maxa Zoller,director of the Dortmund I Cologne International Women’s Film Festival. In addition, Marian Masone, New York-based film curator,will select a feature film for a special screening during the show week.

The Conversations program offers audiences access to first-hand information on the international art world and will be programmed for the first year by the Berlin-based artist Julieta Aranda. The panels will take place in the auditorium.