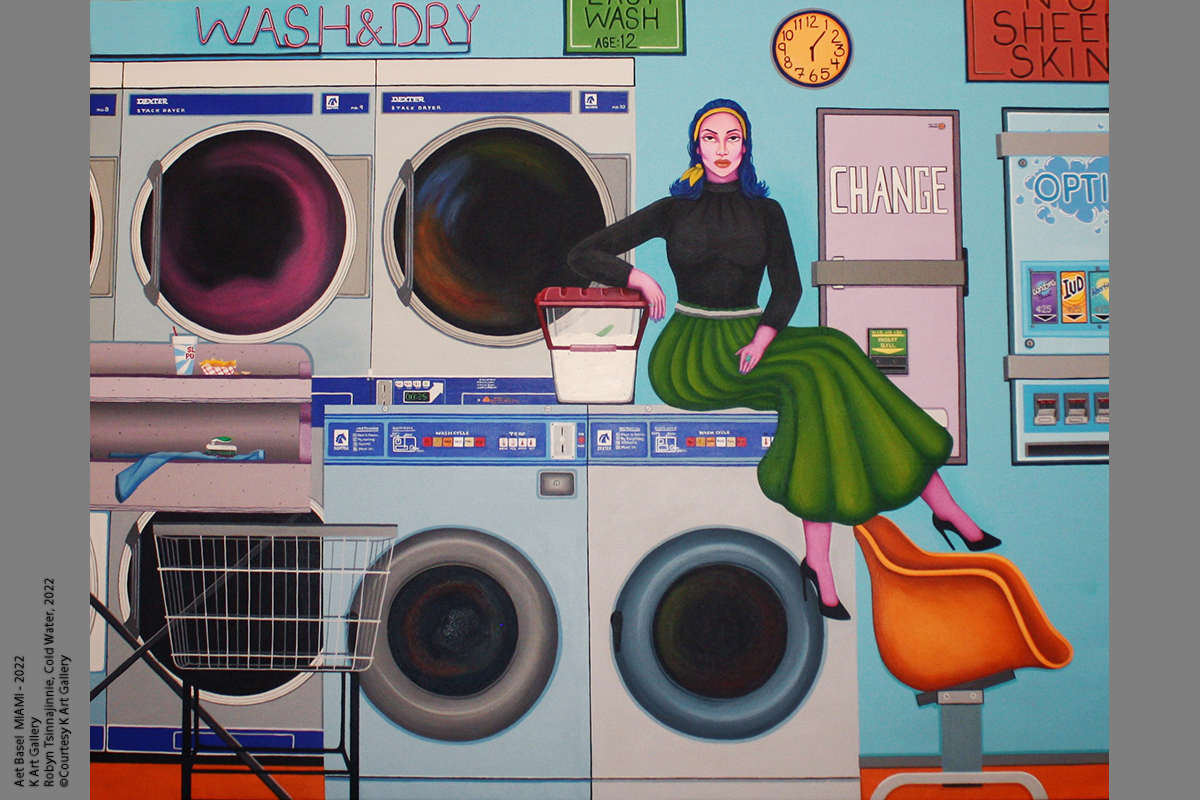 THE  LARGEST  EDITION  TO  DATE 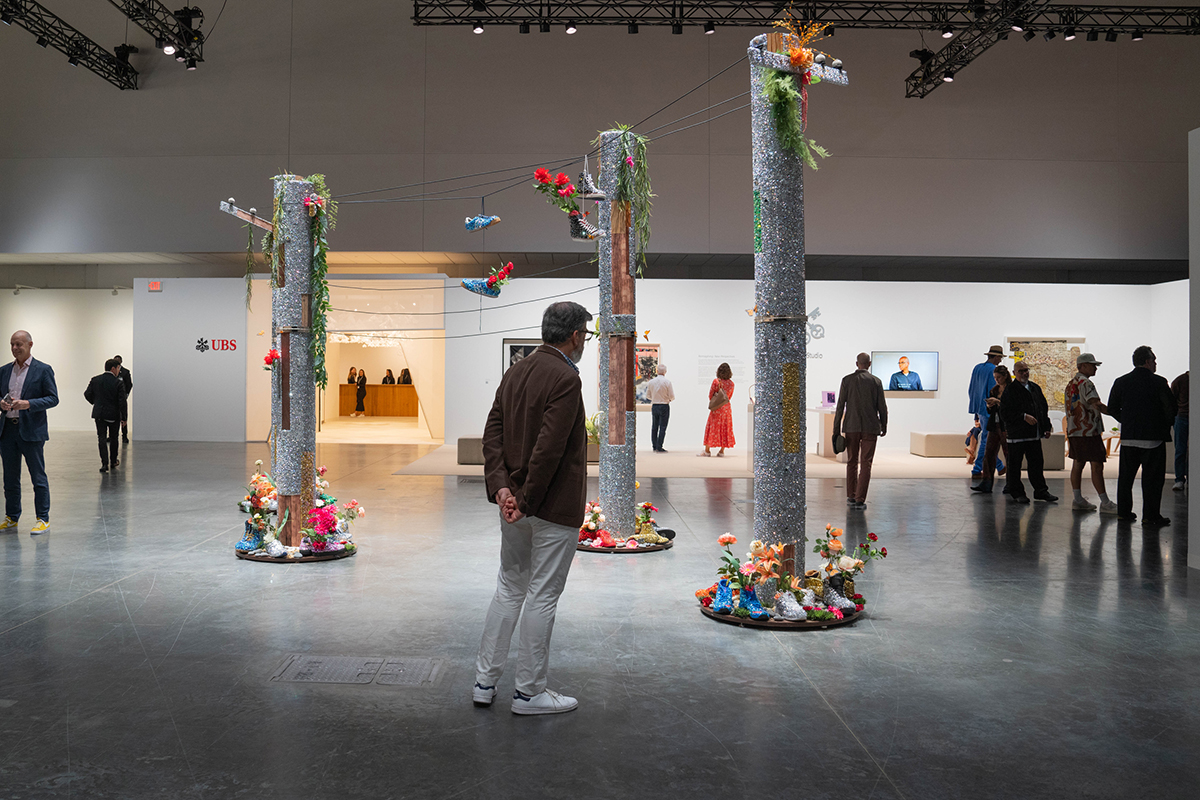 Reinforcing its position as the premier global fair in the Americas, the show  presents an exceptional overview of artists, galleries, and new perspectives from the region

Celebrating 20 years of Art Basel in Miami Beach, the fair will extend beyond the show floor with a vibrant cultural program across the city’s world–class institutions and private collections.

Art Basel celebrates its 20th–anniversary edition in Miami Beach with 282 premier galleries – the largest show in Miami Beach to date including 25 first–time participants as well as multiple exhibitors returning after a brief hiatus. More than half of this year’s galleries have principal gallery locations in North and South America, joined by new and returning exhibitors from Africa, Asia, and Europe. 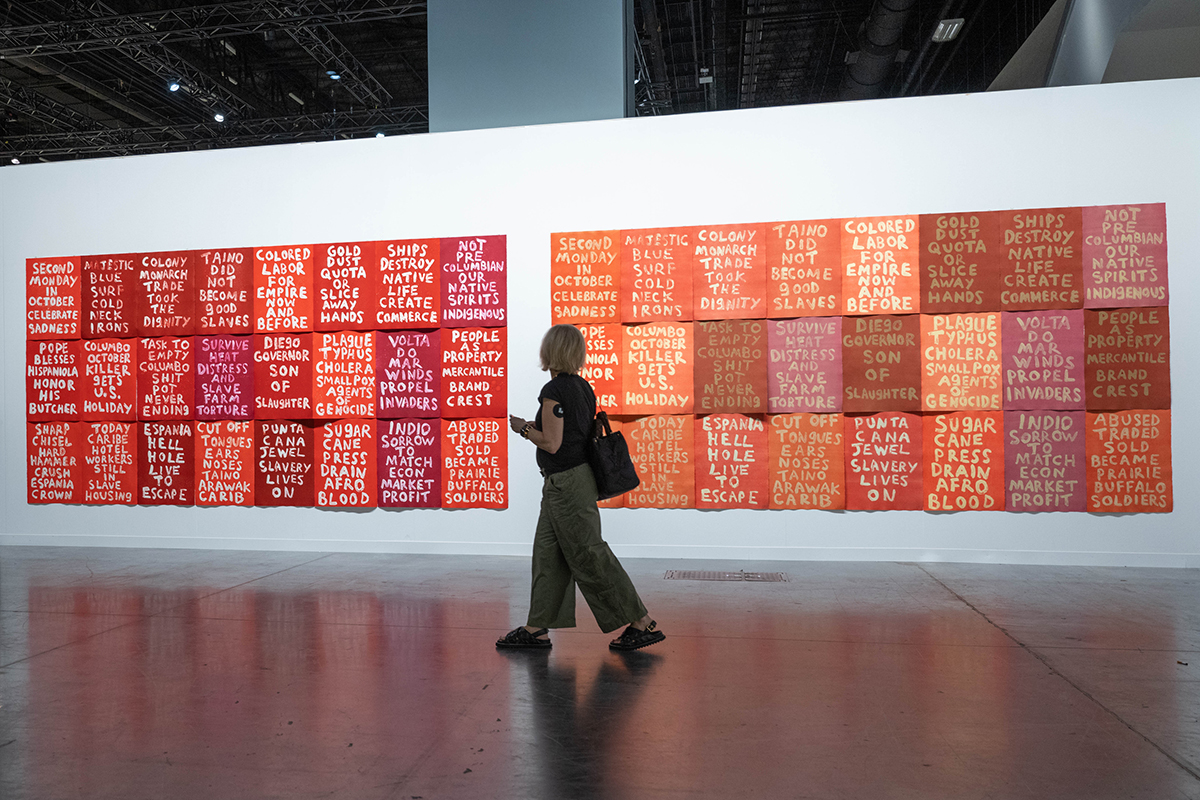 The 20th–anniversary edition marks two decades of growth and impact by Art Basel as a cultural cornerstone in South Florida, across the Americas, and beyond.

‘It is truly exciting to celebrate our 20–year presence in Miami Beach, ’

‘Over the last two decades our show has not only reinforced its pivotal position in the region – uniquely bridging the art scenes of North and South Americas, Europe, and beyond – but also played a galvanising role in the city’s profound cultural transformation. The increasingly diverse range of galleries and artistic voices represented will make our show richer in discoveries than ever before.’

‘20 years of Art Basel has shown us the very best version of our community. So much of our investment in our cultural assets and amenities is a result of Art Basel’s example,” 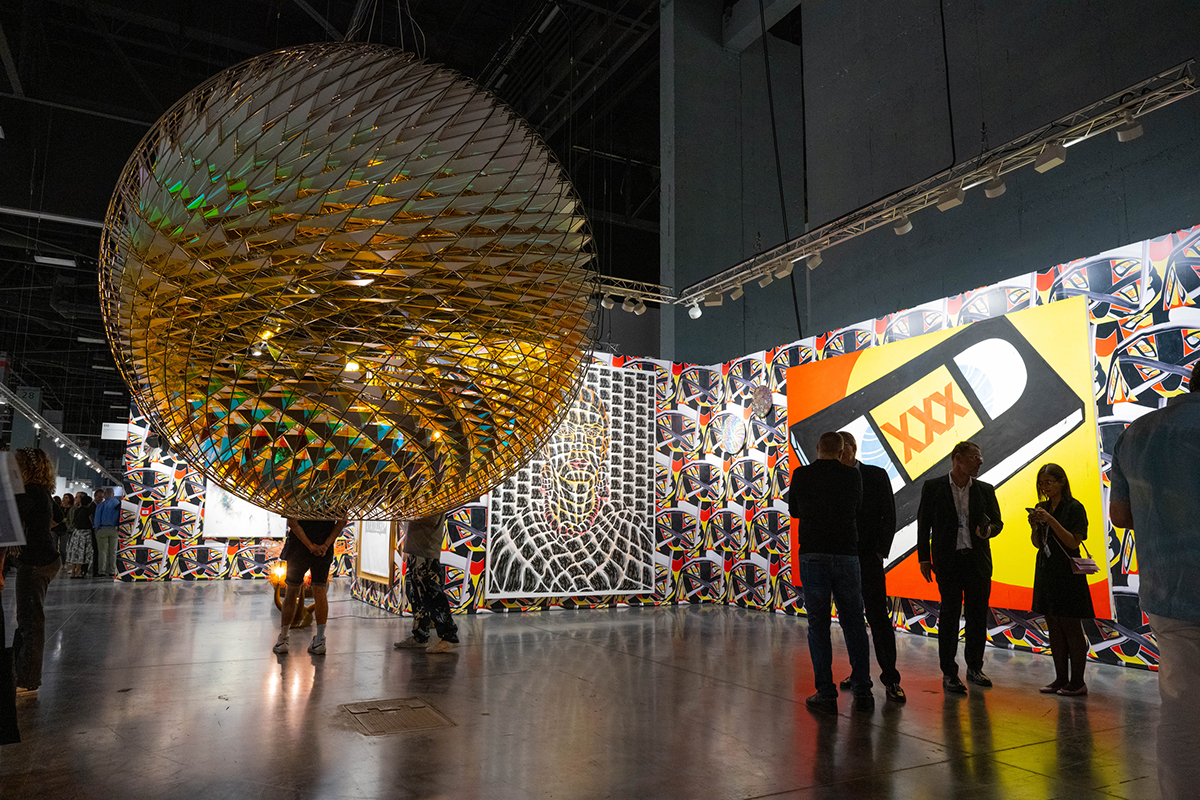 The fair’s main sector features 212 of the world’s leading galleries, exhibiting works across all mediums and representing the highest quality of paintings, sculptures, installations, and more. Several exhibitors will return to the fair following a hiatus, including Galeria Raquel Arnaud from São Paulo; Karma International from Zurich; Galerie Barbara Thumm from Berlin; Marlborough with exhibition spaces in Barcelona, Madrid, London, and New York; and Lia Rumma from Milan and Naples. Additionally, seven galleries that previously exhibited in the Survey or the Nova sector will transition into the main sector: Balice Hertling from Paris; Nicelle Beauchene Gallery from New York; blank projects from Cape Town; Chapter NY from New York; Commonwealth and Council from Los Angeles; Thomas Erben Gallery from New York; and Hannah Hoffman from Los Angeles. 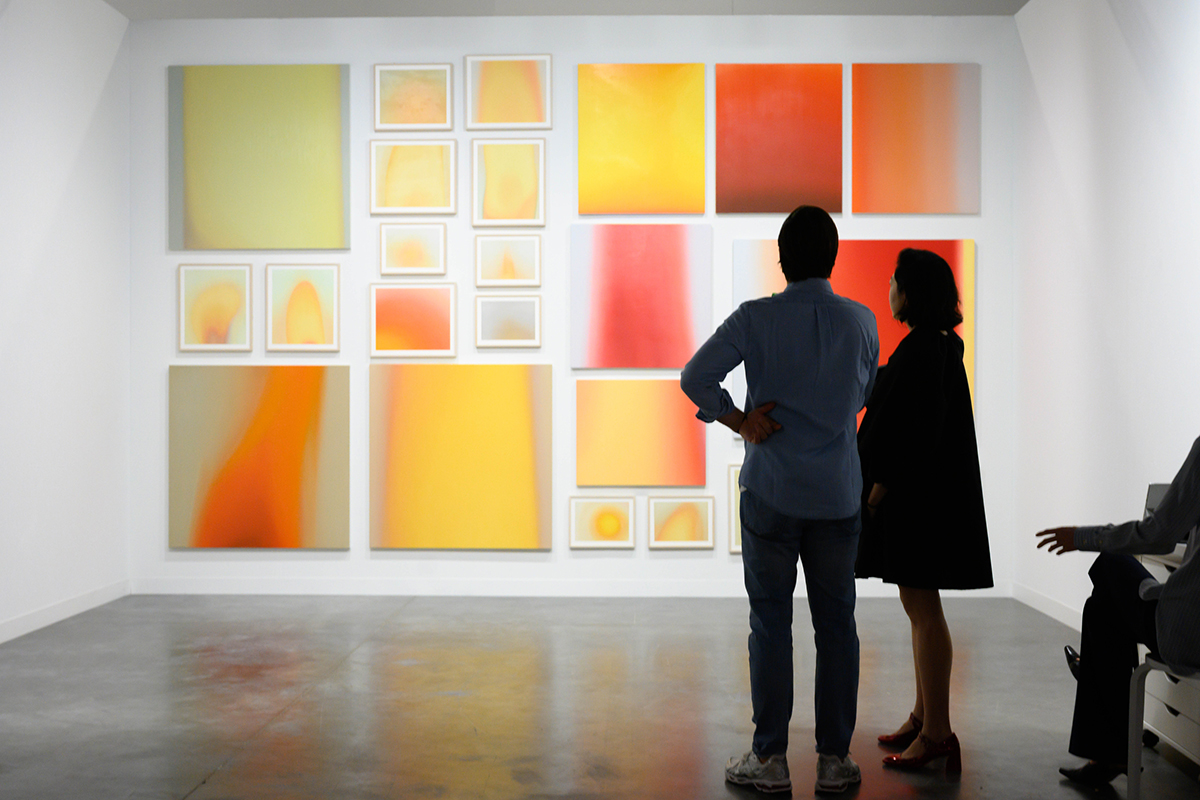 Dedicated to galleries presenting new work by up to three artists, the Nova sector  features 22 presentations from 23 galleries. Highlights include a solo presentation of new photographs and sculptures by John Edmonds, which continue his inquiry into human form and African art at Company Gallery; newcomer Yavuz Gallery’s exhibition of work by Pinaree Sanpitak, following her work’s inclusion in ‘The Milk of Dreams’ by Cecilia Alemani at the 2022 Venice Biennale; drawings and sculptures by Ukrainian artist Nikita Kadan, some of which have been realized in his current refuge shelter in Kyiv, at Galerie Jérome Poggi; newcomer K Art’s presentation of works by internationally–acclaimed artist Edgar Heap of Birds and emerging artists Erin Ggaadimitis Ivalu Gingrich, and Robyn Tsinnajinnie, whose works thread together a compelling narrative of Indigenous perspectives; and a dual installation by Los Angeles–based artists Anabel Juárez and Greg Ito, whose work explores the immigrant experience through a range of practices, from painting to large–scale sculpture and wall–based installation, on view at Anat Ebgi’s booth.

The sector also includes a joint booth by Super Dakota and Helena Anrather, with a presentation of works by Julia Wachtel investigating the construction of emotion and identity through media and mass culture. 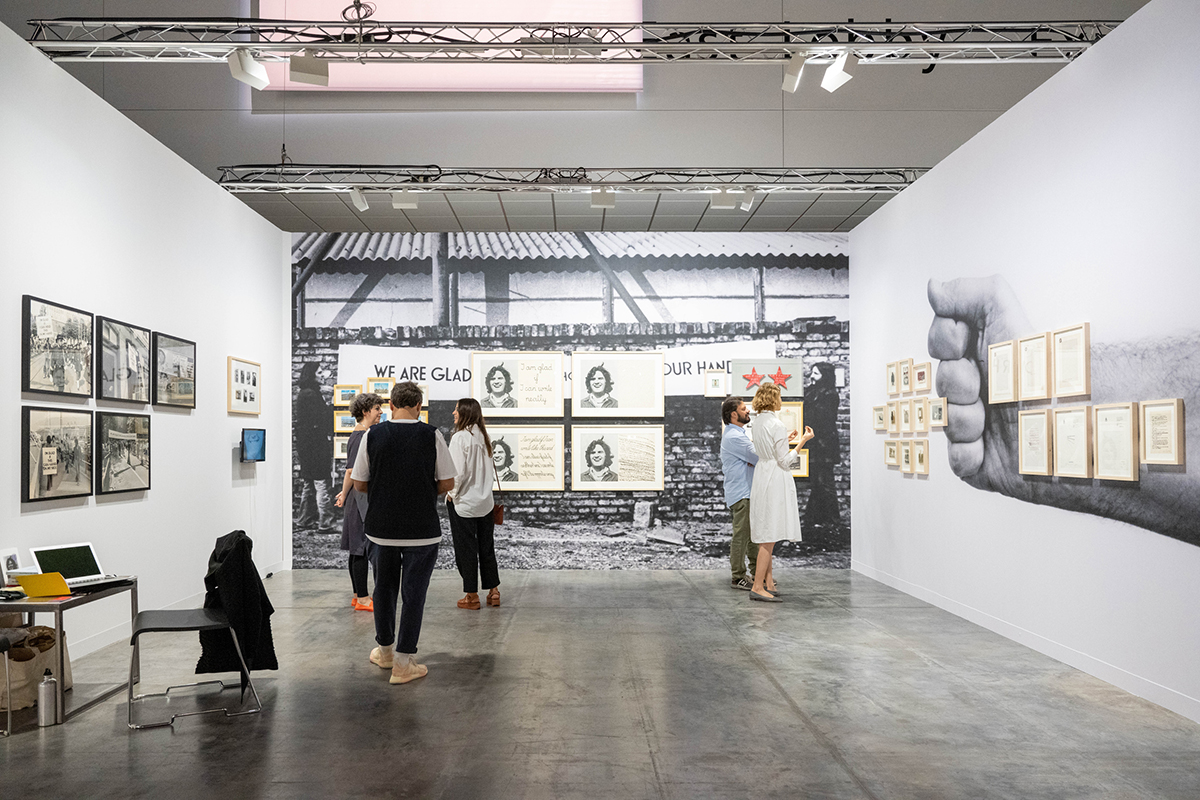 Featuring work created before 2000, the Survey sector includes 17 galleries, including nine newcomers to Art Basel Miami Beach. Highlights include a historical presentation of rare wood, marble, and bronze sculptures and works on paper by Cuban artist Agustín Cárdenas at Galerie Mitterrand; the second overseas solo exhibition of work by Japanese artist Ei–Q, including newly discovered photo–dessin and photo–collages, hosted by newcomer Watanuki Ltd. / Toki–no–Wasuremono; a debut art fair presentation of historic works from the 1970s to the 1990s by Milford Graves, with a range of mediums from multimedia sculptures to works on paper, at Fridman Gallery; Cristin Tierney’s booth of historic works by Dread Scott presenting a study of violence from the last 15 years of the 20th century; works from the two principal creative periods of Spanish artist Aurèlia Muñoz, whose work has been exhibited at the Museum of Modern Art in New York, and recently at the Guggenheim in Bilbao, at newcomer Jose de la Mano. 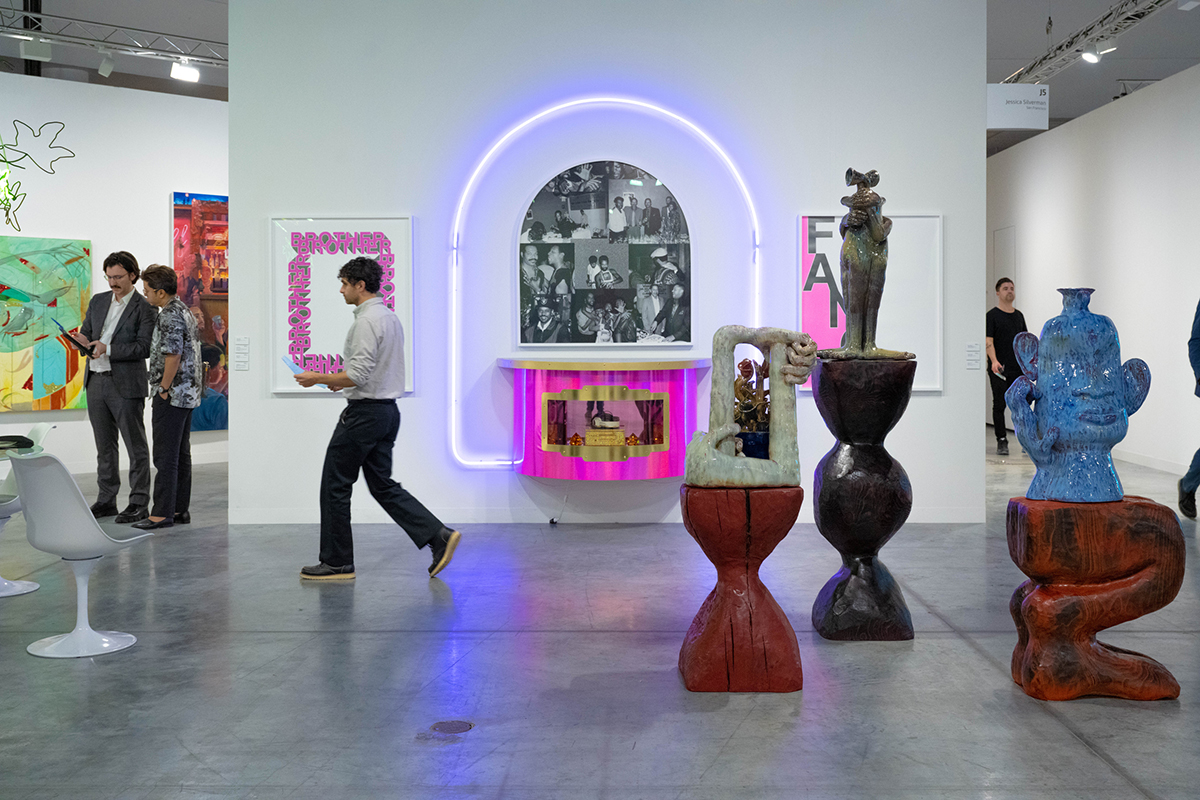 The Meridians sector, curated for the third time by Magalí Arriola, Director of Museo Tamayo, Mexico City, will feature 20 large–scale projects by renowned and emerging artists

Since its launch in 2002, Art Basel Miami Beach has served as a dynamic platform uniquely bridging the art scenes of North and South America, Europe, and beyond. The edition marking its 20th anniversary will be the largest to date, featuring 282 exhibitors from 38 countries and territories – more than half of which hail from the Americas. In addition to its Galleries, Positions, Nova, Survey, and Edition sectors, the fair will host 20 large-scale projects as part of the Meridians sector, 29 curated installations within exhibitors’ booths in the Kabinett sector, as well as nine panels with leading art world voices in its renowned Conversations series. 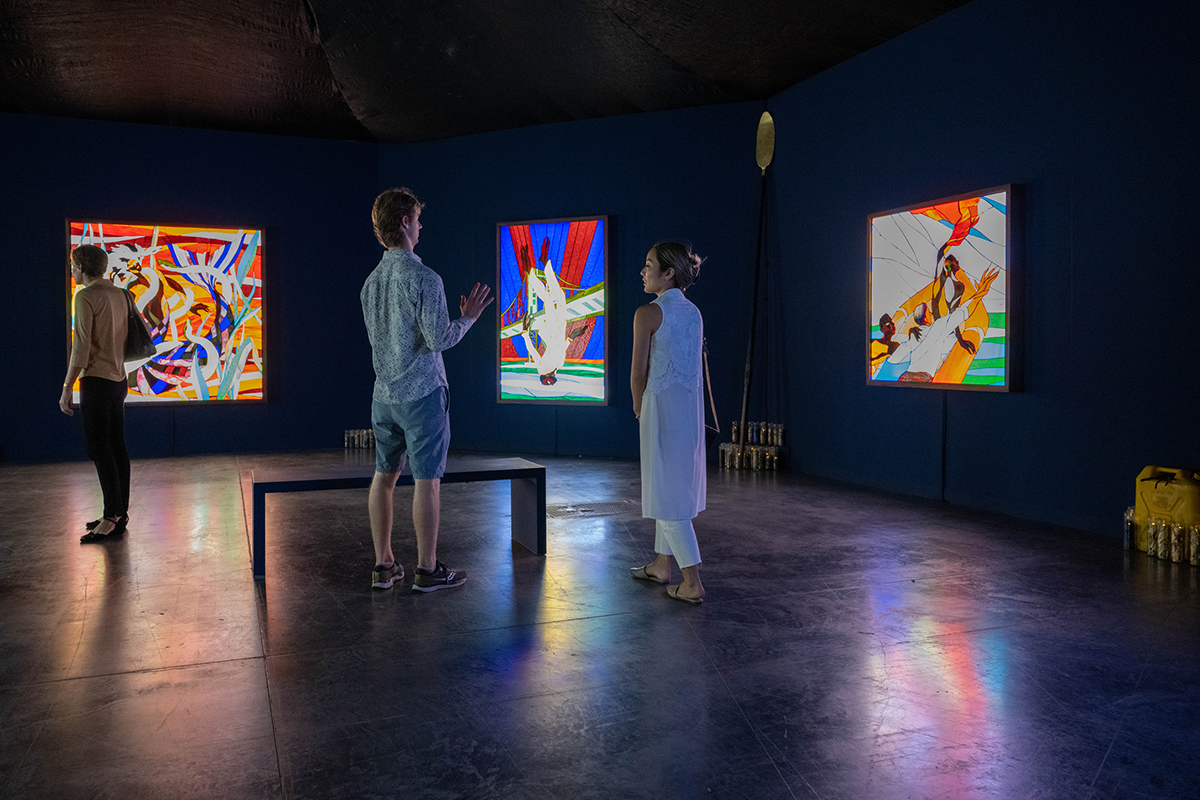 The Meridians sector invites exhibitors to showcase monumental works which extend beyond the standard art fair format. Magalí Arriola, Director of Museo Tamayo in Mexico City, will curate the sector for the third consecutive year.

Highlights from Meridians Include:

An immersive visual environment by Cauleen Smith including the film ‘Sojourner’ (2018-2022), whose title pays homage to the feminist abolitionist. Presented by Morán Morán and Corbett vs. Dempsey.

– ‘Let The Mermaids Flirt with Me’ (2022), a presentation of a new suite of stained-glass paintings in lightboxes by Christopher Myers, installed within a freestanding octagonal structure evoking a chapel. Exploring the relationships between Black bodies, diaspora, and the ocean, this deeply poetic work will be activated by a performance, animating the figures depicted in the glass. Presented by James Cohan Gallery.

– Devan Shimoyama’s ‘The Grove’ (2021), which monumentalizes the common sight of shoes joined at the laces and dangling from utility wires to evidence both presumed gang territory or violence and moments of celebration and play. Presented by Kavi Gupta.

– ‘Columbus Day’ (2019-2020) Hock E Aye Vi Edgar Heap of Birds, which consists of 24 primary ink mono prints and 24 ‘ghost prints’, which are the secondary pull of the print plates and represent how Indigenous communities are often viewed– namely, as “not there,” faded and having disappeared. The text of the prints highlights the destruction of these communities and their lands by Columbus and consequences through the present day. Presented by K Art.

– ‘Birth’ (1984), a monumentally scaled, hand-crocheted wall-hanging by pioneering feminist artist Judy Chicago and the largest of her seminal Birth Project (1980-1985) works. ‘Birth Project’ was an international collaboration of female needleworkers and responded to the absence ofimagery related to birthing as one of the most foundational female experiences. Presented by Jessica Silverman.

– An installation of chairs suspended from the ceiling and 6-hour daily performance work by Colombian artist María José Arjona, ‘Silla’ (2011), on matter, object hood, experience and the body’s critical role in movement as a form of political choreography. Presented by Rolf Art.

– A performance titled ‘Corpo Ranfla 2.0’ (2022) by rafa esparza, in which the artist will impersonate a lowrider cyborg turned into a 25-cent ride-machine. Consisting of a one-time occurrence, with the remnants of the performance – the retrofitted, 25-cent pony ride structure – on display over the course of the week, the work is a reflection on the social and political landscapes that lowrider car culture has existed and evolved in for decades into the present. Presented by Commonwealth and Council.

– Visual activist, humanitarian, and photographer Zanele Muholi’s ‘Muholi V’ (2022) a new bronze sculpture that marks a new chapter of self-expression and self-assertion for the artist. Presented by Stevenson and Yancey Richardson Gallery.

‘Sculpted bodies, sexualized bodies, performing and singing bodies – brown, black, and white bodies – have made themselves present in this new edition of Meridians, challenging art historical canons and their relationship with the representation of power, opening new perspectives for art’s activism around gender and race, and infusing optimism and hope to how we might envision our future.’ 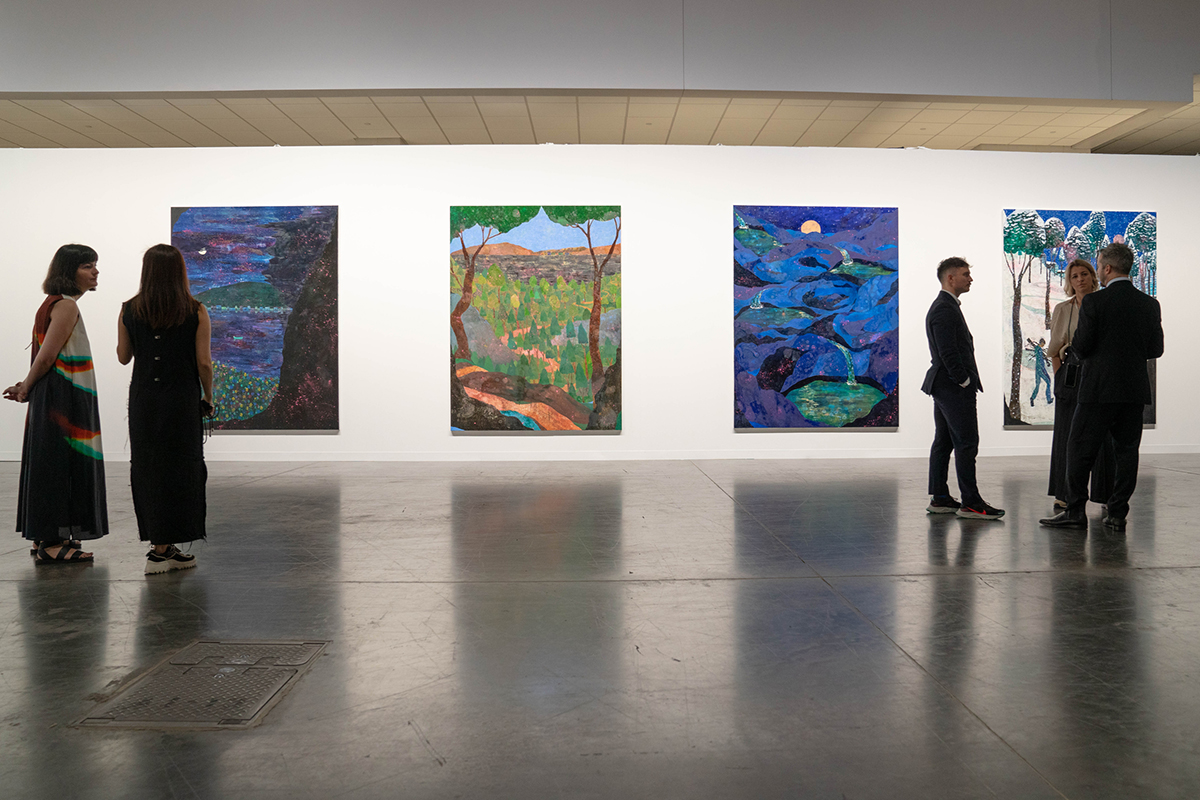 Offering galleries, the opportunity to present concisely curated installations within their booths, the Kabinett sector will feature 29 participants.

Highlights from the sector include:

– A presentation of new works by Alberta Whittle specifically made for the fair, following Whittle’s representation of Scotland at the 59th International Art Exhibition of La Biennale de Venezia. Presented by The Modern Institute.

– New works by Izumi Kato, whose animated paintings and sculptures allow subjects to exist between the physical and the spiritual realms. Presented by Stephen Friedman Gallery.

– Rare and seminal works by Ascânio MMM, whose sculptures and reliefs are rooted in mathematics – presenting a complex game of logic. Presented by Casa Triângulo.

– ‘Bayou Fever’ (1979) by Romare Bearden, comprising of 21 collages that provide a storyline and set design for modern dance with the purpose of being choreographed by Alvin Ailey. Presented by DC Moore Gallery.

– A salon of both historic and new intimately scaled, never-before-seen works by Dewey Crumpler. Presented by Derek Eller Gallery. 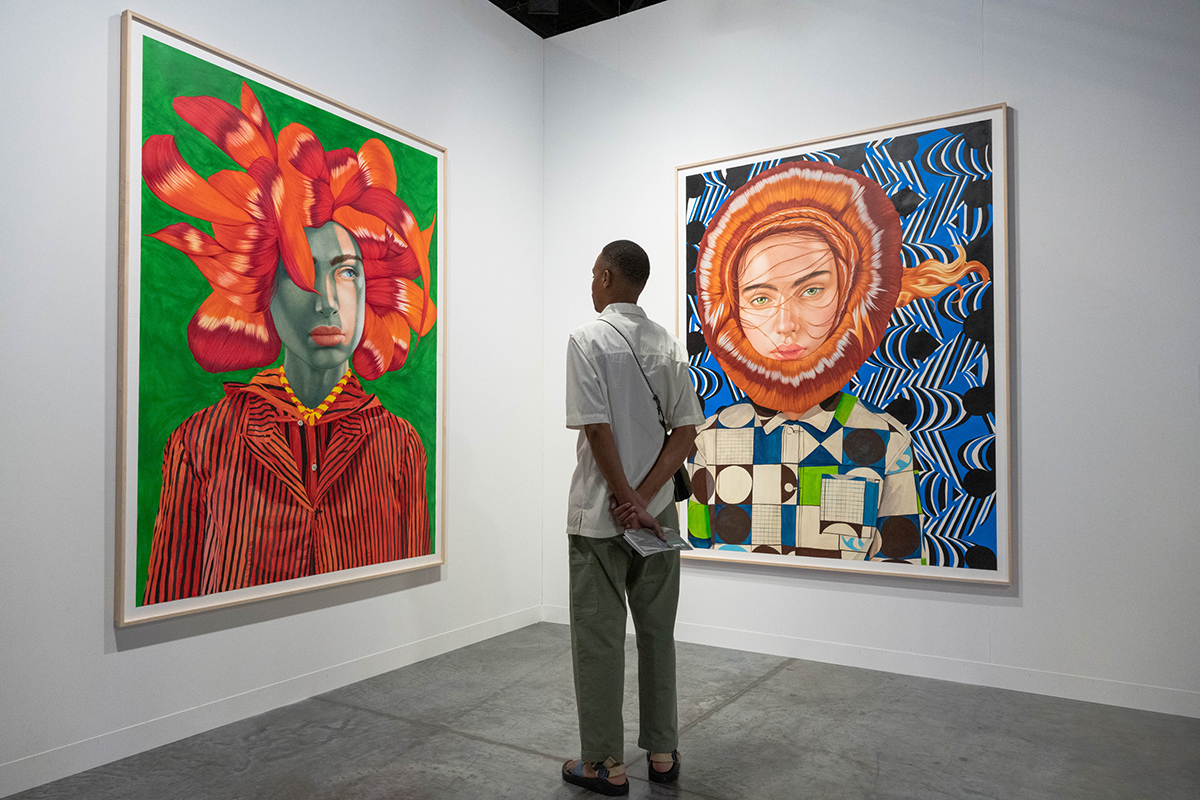 Conversation is a platform for the exchange of ideas on topics concerning the global contemporary art scene. Featuring 35 speakers across nine panels. It will bring together leading artists, gallerists, collectors, curators, museum directors, and critics. The Conversations program at Art Basel Miami Beach will embrace the concepts of hybridity, cross-pollination and community with nine panels gathering leading voices from Latin America, the US, and Europe.

– A conversation celebrating the pioneering photographic practice of Ming Smith.

Running from November 30 to December 2, the program is curated by Emily Butler, Art Basel’s Conversations Curator, and is free to the public. All nine panels will be livestreamed on Art Basel’s Facebook channel. Recordings will be available on Art Basel’s website following the event. 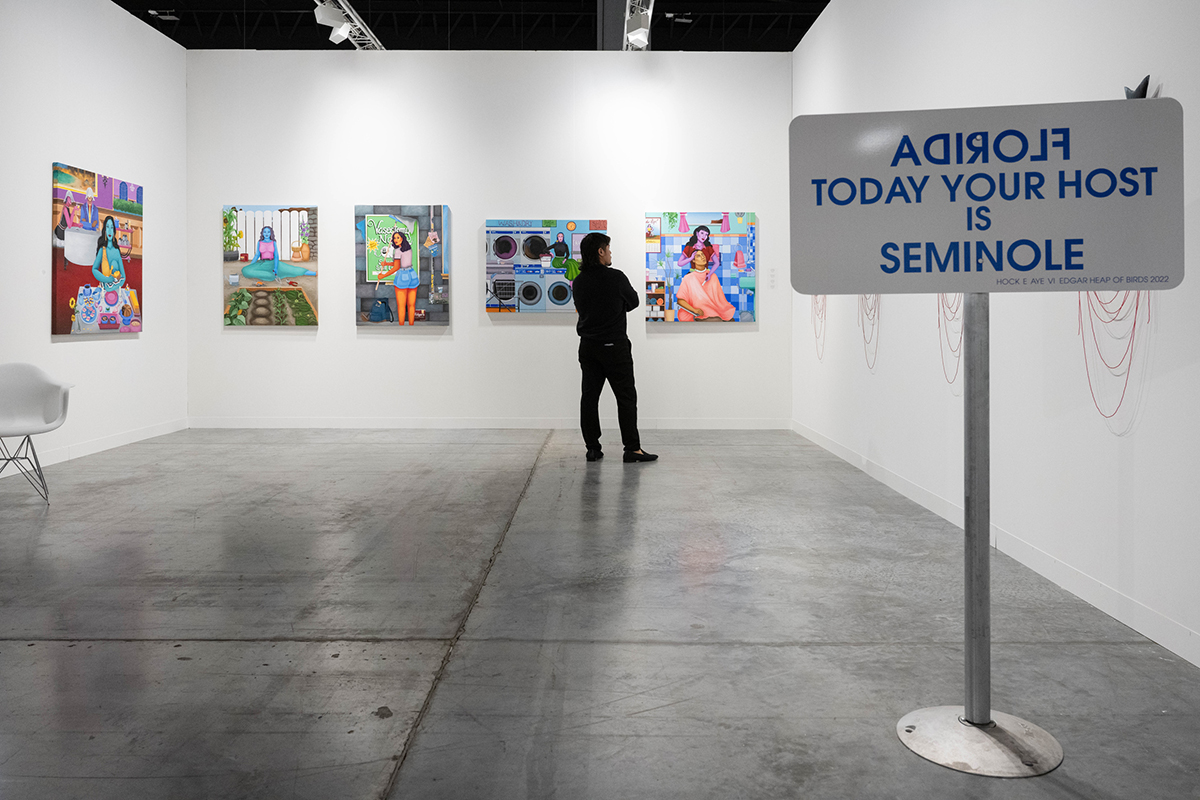 For its third edition, the City of Miami Beach will acquire through its Legacy Purchase Program up to two artworks from the Nova or Positions sectors to enter the City’s public art collection via a public vote.

The CPGA (French Professional Committee of Art Galleries) and Villa Albertine are joining forces for the first time to launch the Etant Donnés 2022 Prize, awarded to a living artist active in the French art scene and exhibited at Art Basel Miami Beach 2022. 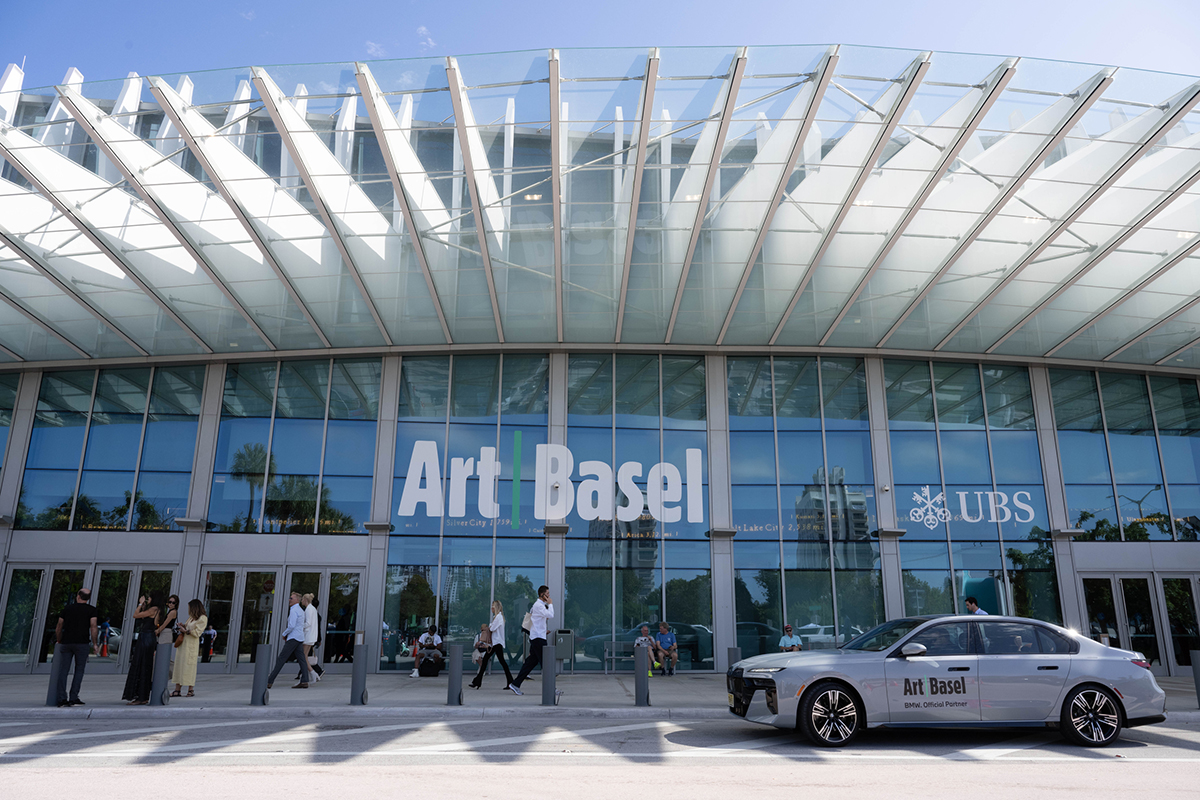 Visitors to Art Basel Miami Beach will have the opportunity to experience South Florida’s world–class museums and private collections, including:

‘Together, at the Same Time’

‘You Know Who You Are – Cuban art from the Jorge M. Pérez Collection.’

• Margulies Collection at the Warehouse 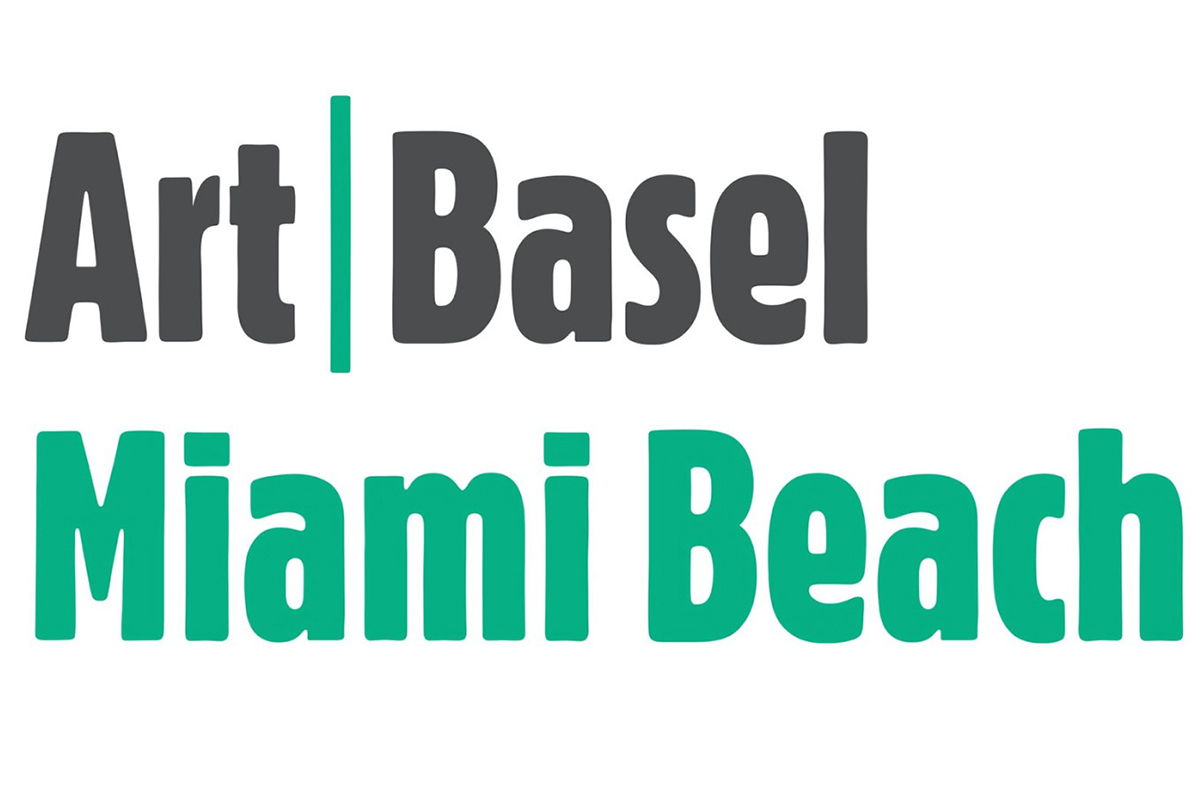 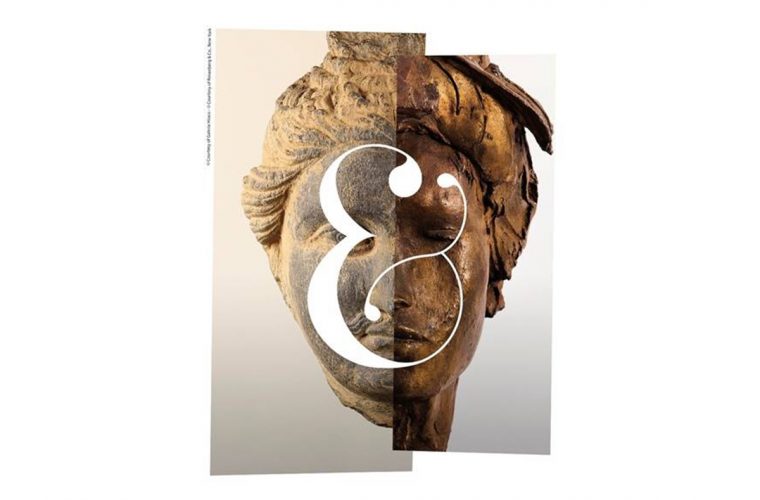