BRAFA THE SHOW CASE OF THE ART
One of the Most Beautiful and Traditional Art Fairs. 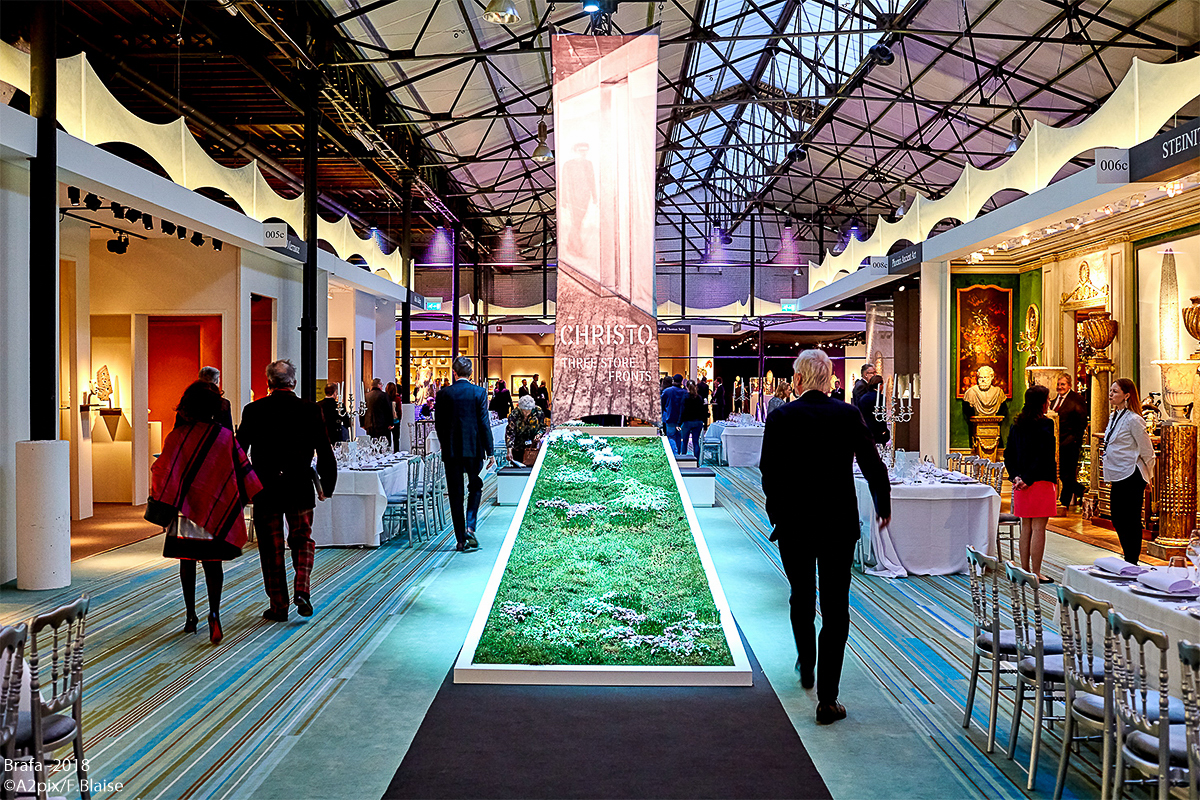 Will Brafa 2018 will be more ‘rapturous’ than ever? With Christo as the guest of honour, the wordplay was probably a natural one, since ‘wrapping’ is the term one automatically associates with this great artist of Bulgarian origin who takes the baton from Julio Le Parc, whose creations in glimmering colours and airy movements had, with their grace and flowing lightness, enchanted visitors to Brafa 2017. 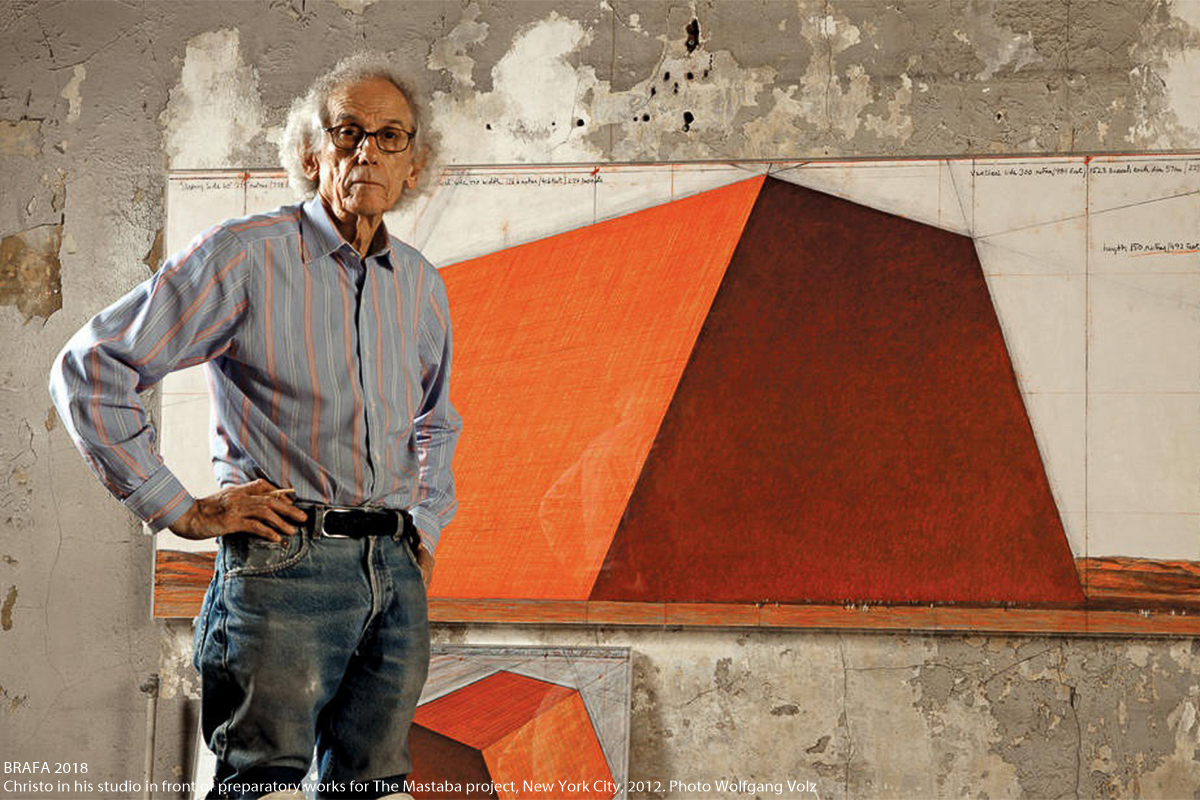 The 2017 edition, which as it happens attained a new record in terms of number of admissions (61,250). It is true that to be rapt also means being enchanted, enthused or filled with admiration: can there be a finer challenge for an art fair that aims to bring together the best and most beautiful of artistic creation?

And yet, it is not the state of ‘rapture’ that this 63rd edition of Brafa seeks to attain. Inspired by the gigantic Three Store Fronts (at 14m long, the largest installation ever exhibited at Brafa!), a work of Christo’s youth chosen specially for the occasion by the master from Gabrovo, the fair seeks instead to renew our gaze: the one we turn on the works we think we know, those of the past, those we do not (yet) know, and appreciating them in their full dimension. For if art is creation, it is also gaze, it is also codes, and knowledge, and perception. 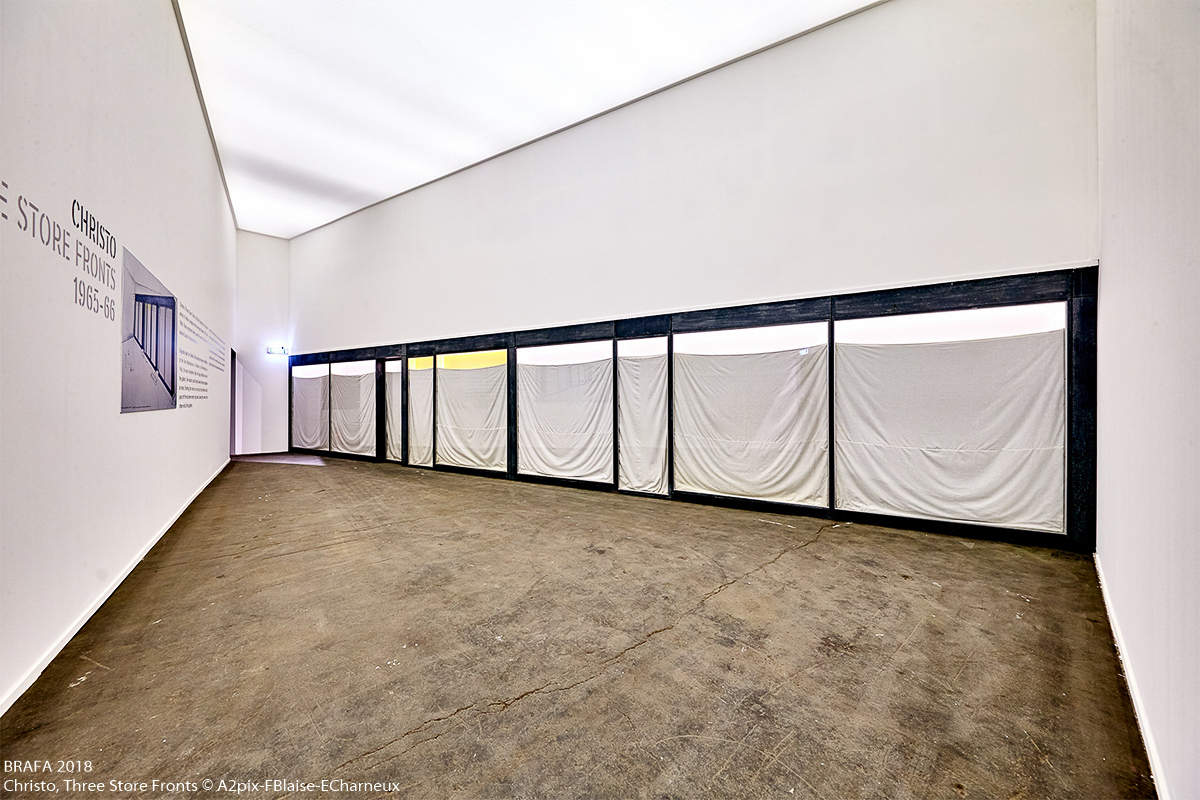 Once again, the work of art will be queen at Brafa and will incarnate with majesty more than four millennia of a history without borders, an overview that is rich in sculptures, paintings, tapestries, glasswork, porcelain as well as jewellery, furniture, clocks, chandeliers and drawings. With a more diverse range of works than ever, the 2018 vintage is filled of promise, with fifteen new high-levelexhibitors out of a total of 134, and with sixteen countries represented. The level of quality imposed by the organisers is closely monitored by means of a vetting that is particularly rigorous, which Brafa was actually one of the first fairs to implement. Such a practice is made possible thanks to the contribution of some one hundred independent experts from across Europe.

As is customary, diversity will be one of the hallmarks of an event that has always succeeded in achieving a balance among different trends. 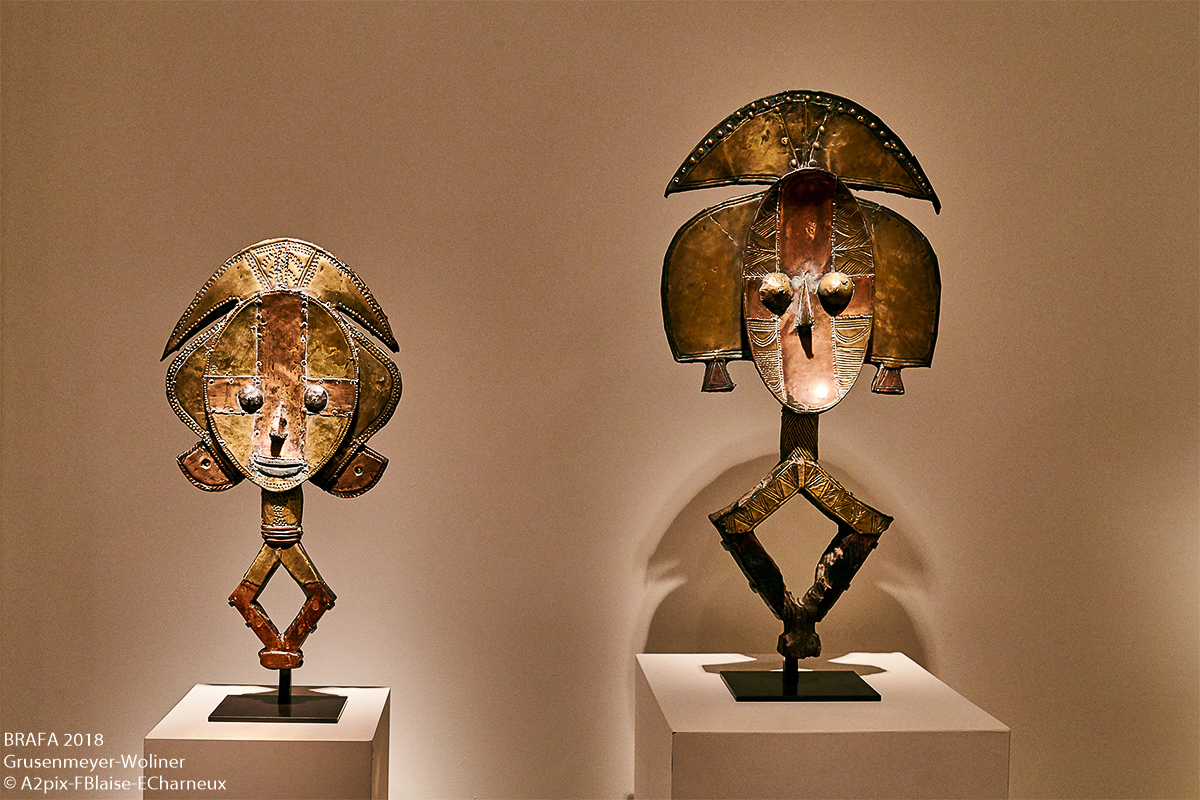 Traditionally, tribal arts and archaeology enjoy pride of place, confirmed by the presence of a dozen renowned galleries each. The heightened interest in contemporary art has been met by the creation of an equivalent section in the last two editions, without neglecting ancient art, the Golden Age, the Renaissance, medieval art, classical furniture or the paintings of great masters who, in the land of Rubens, owes it to itself to maintain its position of honour! Asian art and 20th century design have an increased presence, modern art is present in full force, and niche specialities are legion: carpets and tapestries, ancient frames, icons, gold- and silverwork, ceramics, faience and porcelain and jewellery, not forgetting cabinets of curiosities pastand present. By virtue of its diversity, Brafa also illustrates the capacity for reinvention exhibited by antiquarians and gallerists who are always in search of novelty, excellence and singularity. 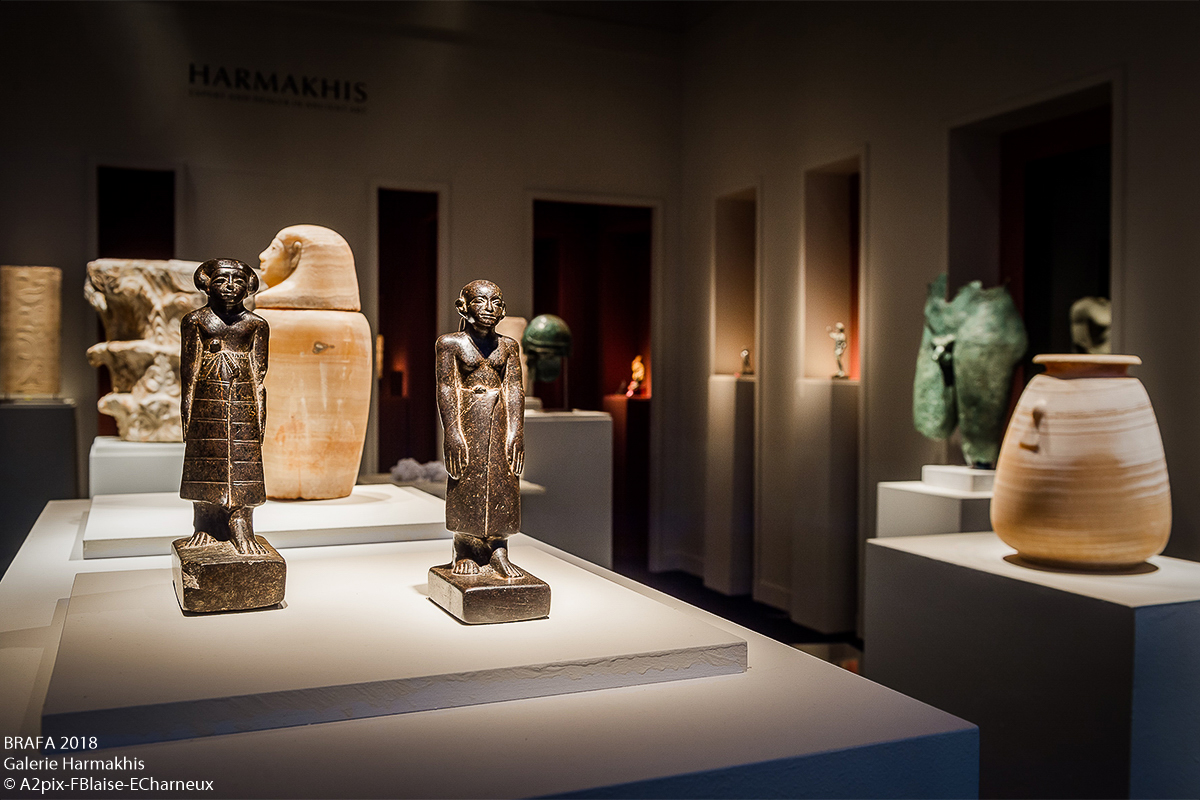 Exceptional objects are to be discovered in abundance, in every speciality! Art lovers are invited to wander through the sumptuous décor of stands that have been wisely arranged, letting their gaze be drawn to the magnificence of a Roman bust, the drapery of a centuries-old tapestry, the sparkle of a work of marquetry, the force of an African mask, the finesse of a drawing, the colours of a canvas,etc. Brafa offers a voyage of encounter to five continents without leaving home – a veritable cultural tower of Babel where the common language is that of the arts. If the art dealer’s pleasure lies in the quest for the rare work, it also continues on through the sharing, the exchange that takes place with an art lover who has fallen in love with a work. As Haroldt’Kint de Roodenbeke, President of the fair, enjoins upon the many visitors expected:

“Never be afraid to ask questions! This idea of sharing knowledge, of exchange is very important in my view. It lends the particular charm to a fair like ours, and contributes substantially to its conviviality.” 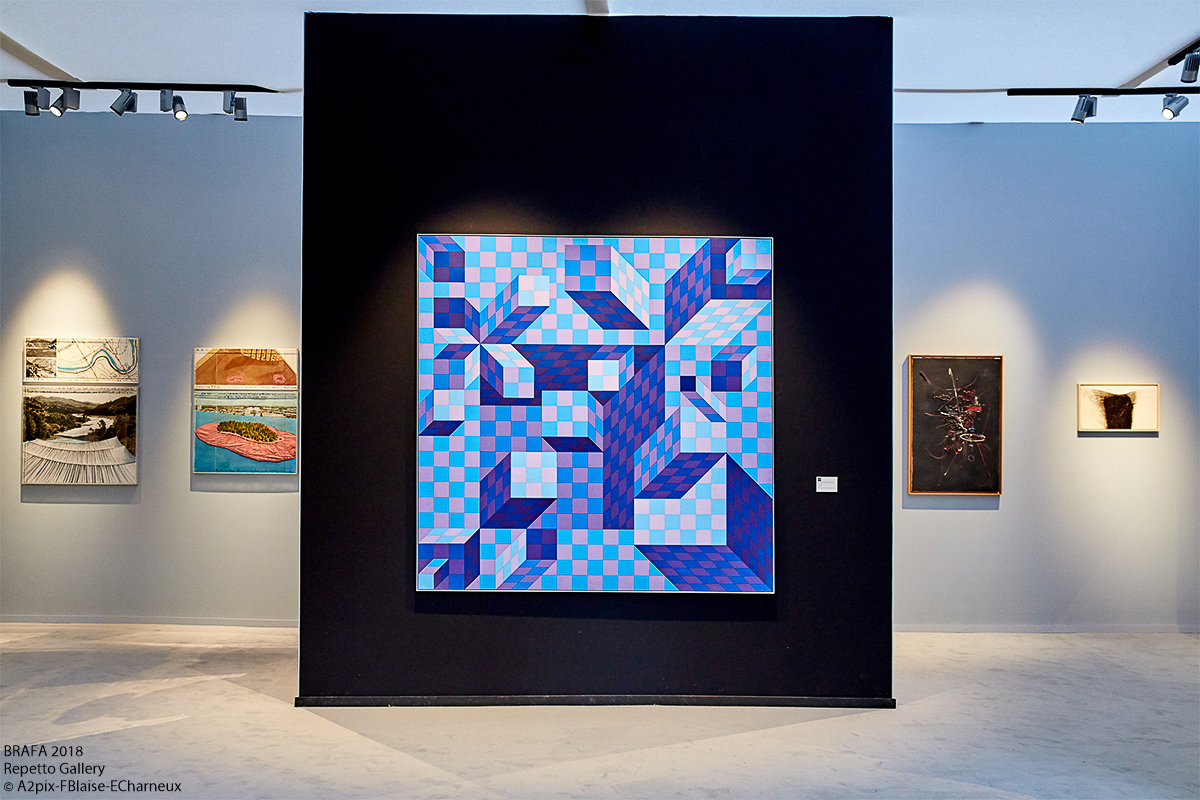 Anxious precisely to enrich its offering with a cultural segment, Brafa brings together under its auspices a cycle of lectures known as the Brafa Art Talks, which are particularly rich in the 2018 edition, offered as they are by museum directors, collectors, gallerists and major figures in the artworld. This year, Angela Rosengart, Dominique Szymusiak, a Conservator at the Tretyakov Gallery in Moscow, as well as Anne Adriaens-Pannier, Michel Draguet, and Nicolas Cauwe will come to share their knowledge. Sharing: the keyword for the year.