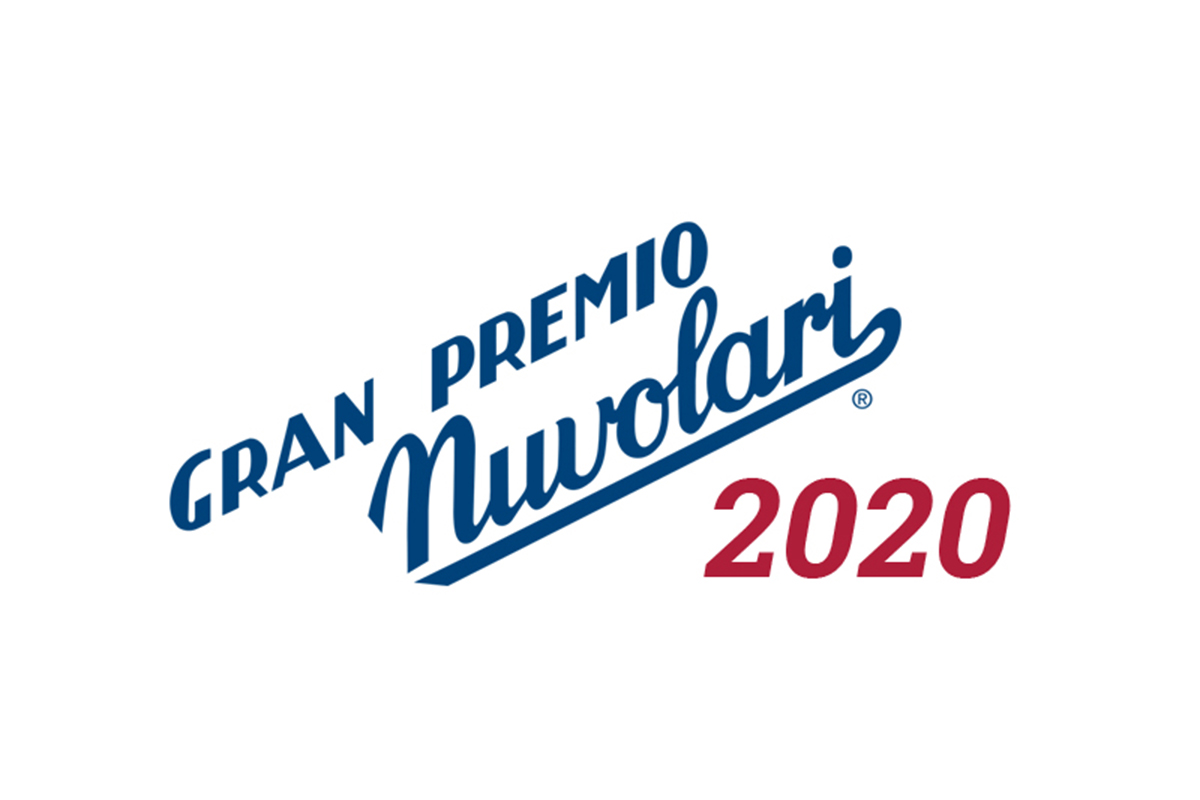 celebrating the unforgettable myth of the “Great Tazio” 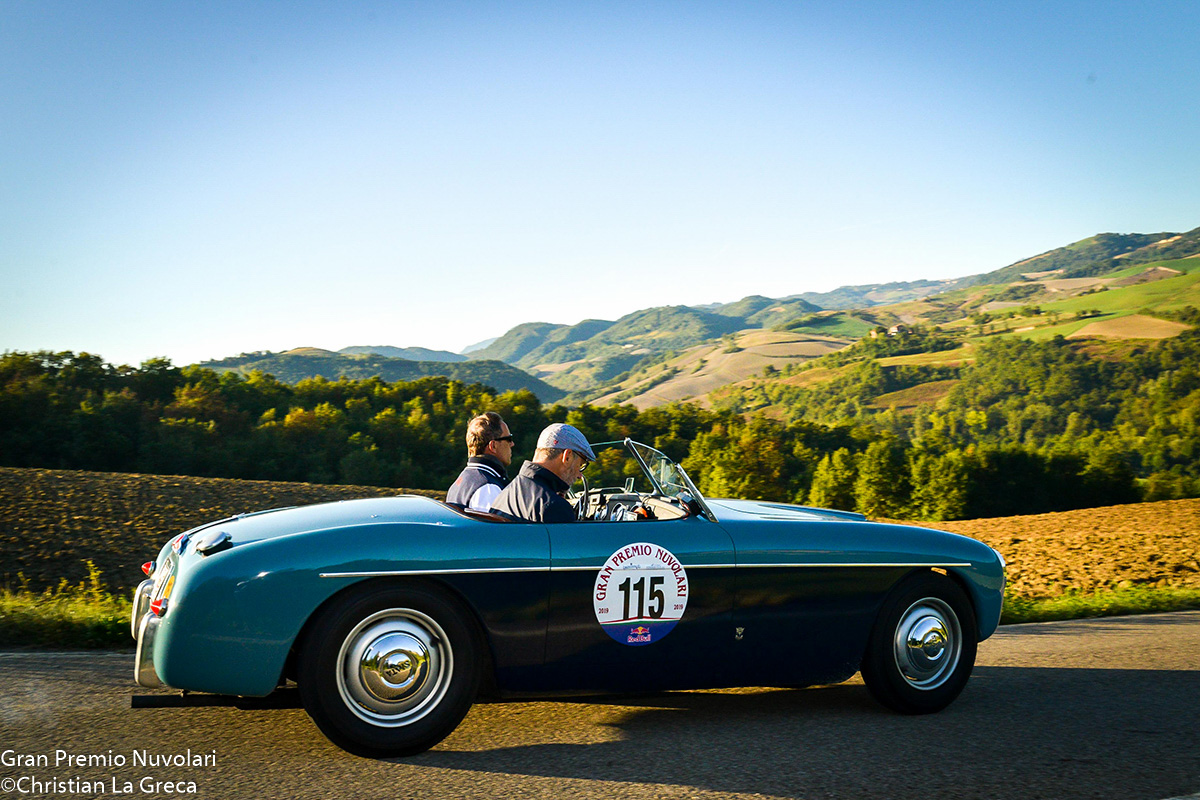 Mantua, 18th September 2020 – The 30th edition of the Gran Premio Nuvolari, the most technical international regularity event for historic cars in Italy, starts today. From 18th to 20th September, Gran Premio Nuvolari will bring together in Mantua, Italy; the city from which it starts and ends, the elite of the historic motoring together with legendary cars to honor the myth of Tazio Nuvolari: the sportsman who more than any other has marked the history of the twentieth century. The Gran Premio represents an important restart signal for the entire historic motoring sector after the difficult period marked by the Coronavirus pandemic. In this sense, the organization adopted all the necessary protocols to ensure the safety of all participants and a smooth running of the event. 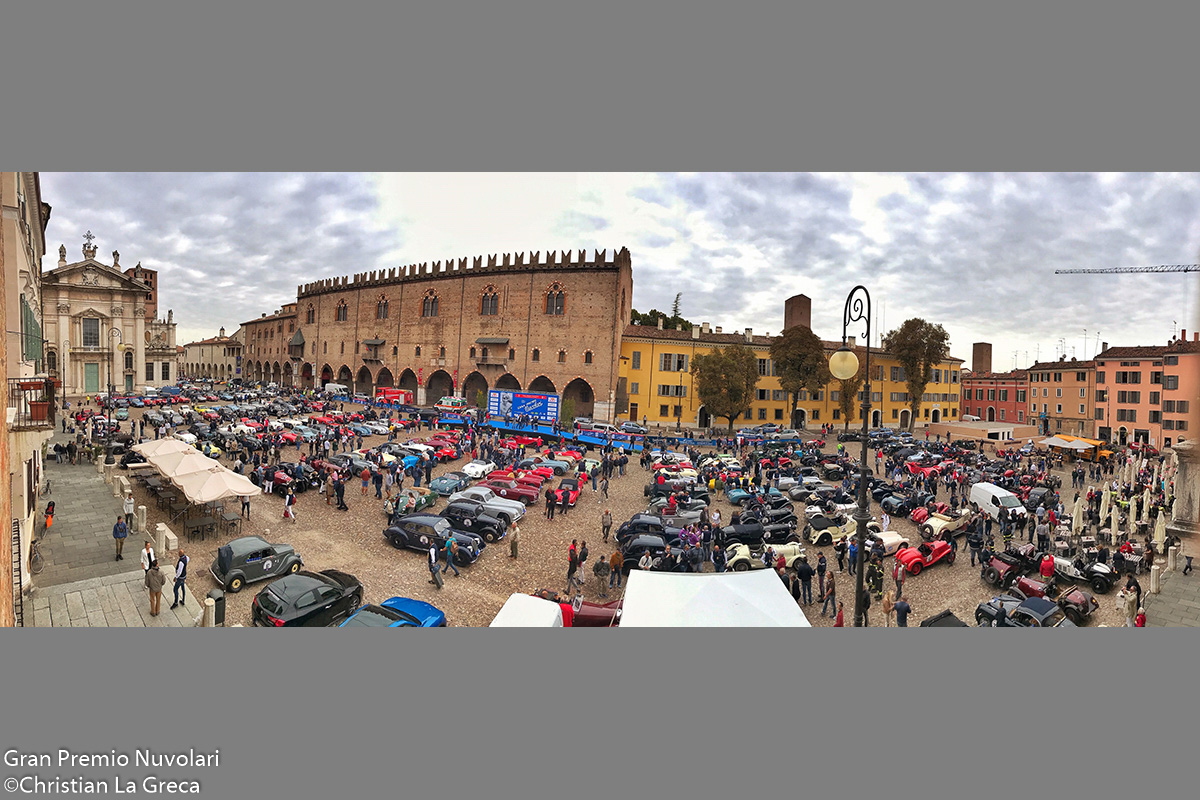 The 30th edition celebrates an important collective goal, for the Organizers, for the city of Mantua, Italy and for all fans. The Gran Premio represents ​​a unique opportunity to admire closely these legendary vintage cars that have made the history of world motor racing and which will meet again this year in Piazza Sordello for one of the most fascinating races in the world. The myth of the great Nivola is always strong and present and with the Gran Premio it relives every year, thanks to the many fans who share the emotions of an extraordinary journey aboard real masterpieces of mechanics and design. 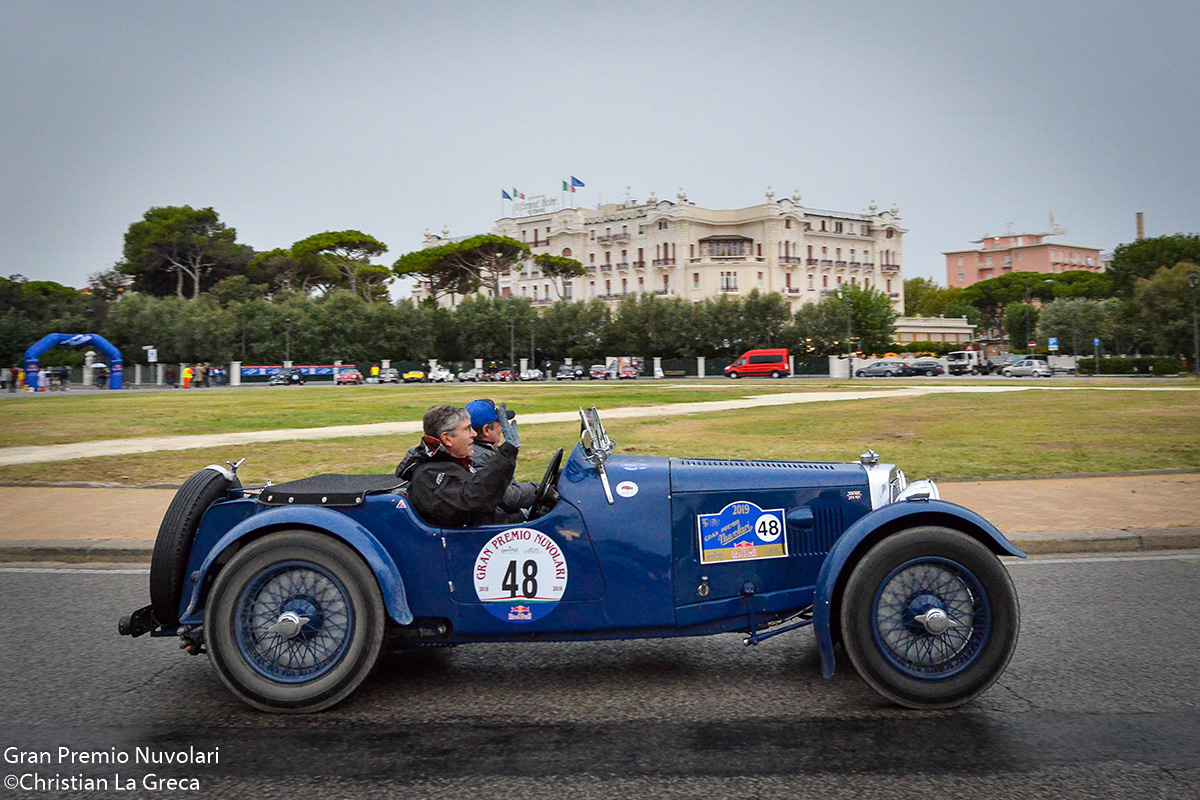 Considering the particularity of this edition, 150 crews, coming from the main European countries – Austria, Germany, Great Britain, Italy, Luxembourg, Holland, Republic of San Marino, Spain and Switzerland – starts today from Mantua aiming at competing in one of the most beautiful races in the world, along the roads of the “Bel Paese”, enjoying the beauty of the wonderful Italian territory and the warmth that only the most true motor racing enthusiasts can give.

28 car manufacturers at the start: from the Italian Alfa Romeo, Fiat, Lancia, Maserati, Ferrari and OM to the British Triumph, Aston Martin, Jaguar and Bentley; from the German Mercedes, BMW and Porsche to the French pursang signed by Ettore Bugatti. 50 pre-war cars will take part in the event. 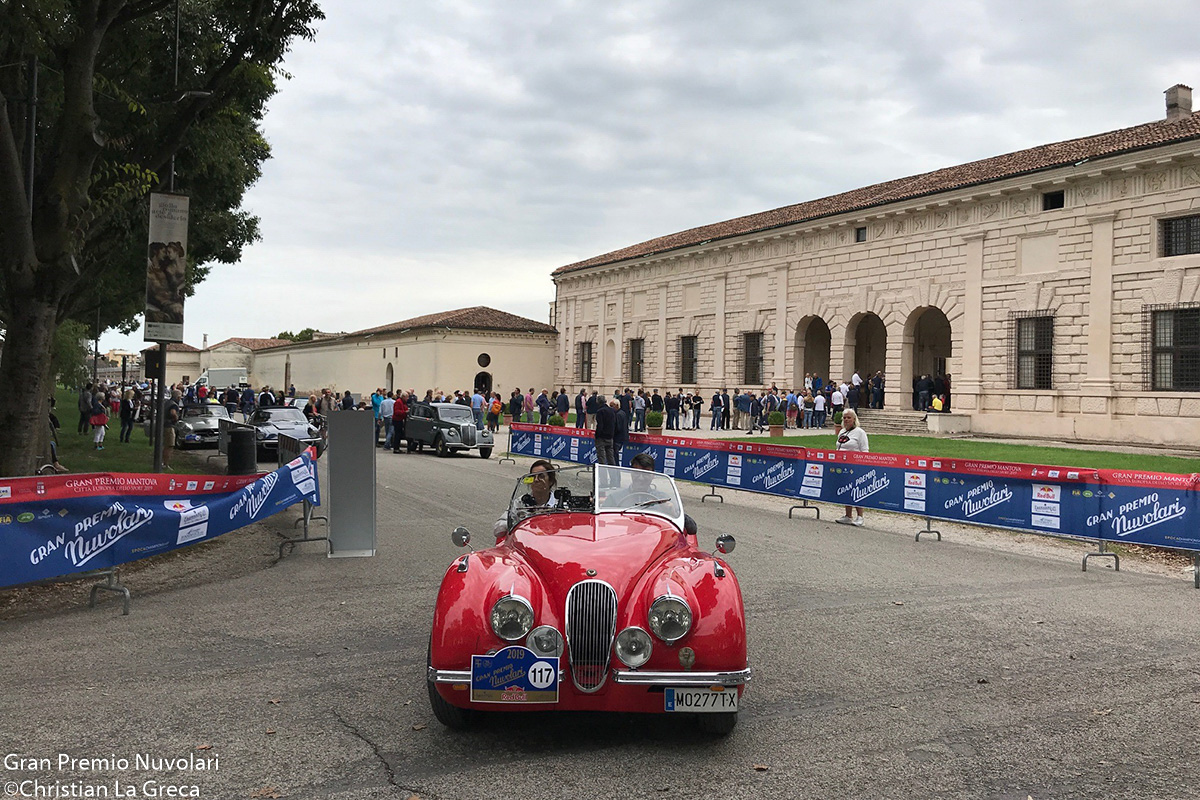 Organized by Mantova Corse, with the experience and professionalism of always, the regularity event is reserved for cars of historical interest built up to 1976, according to the F.I.A., F.I.V.A. and ACI Sport regulations.

Great news this year will be the project “GP Nuvolari Green” thanks to which Mantova Corse will adopt a conscious approach in the field of environmental protection and sustainability, concretely engaging in the planting of tall trees in selected areas of the city of Mantua, in order to offset and zero the total CO2 emissions produced by the circulation of the participating historic cars. 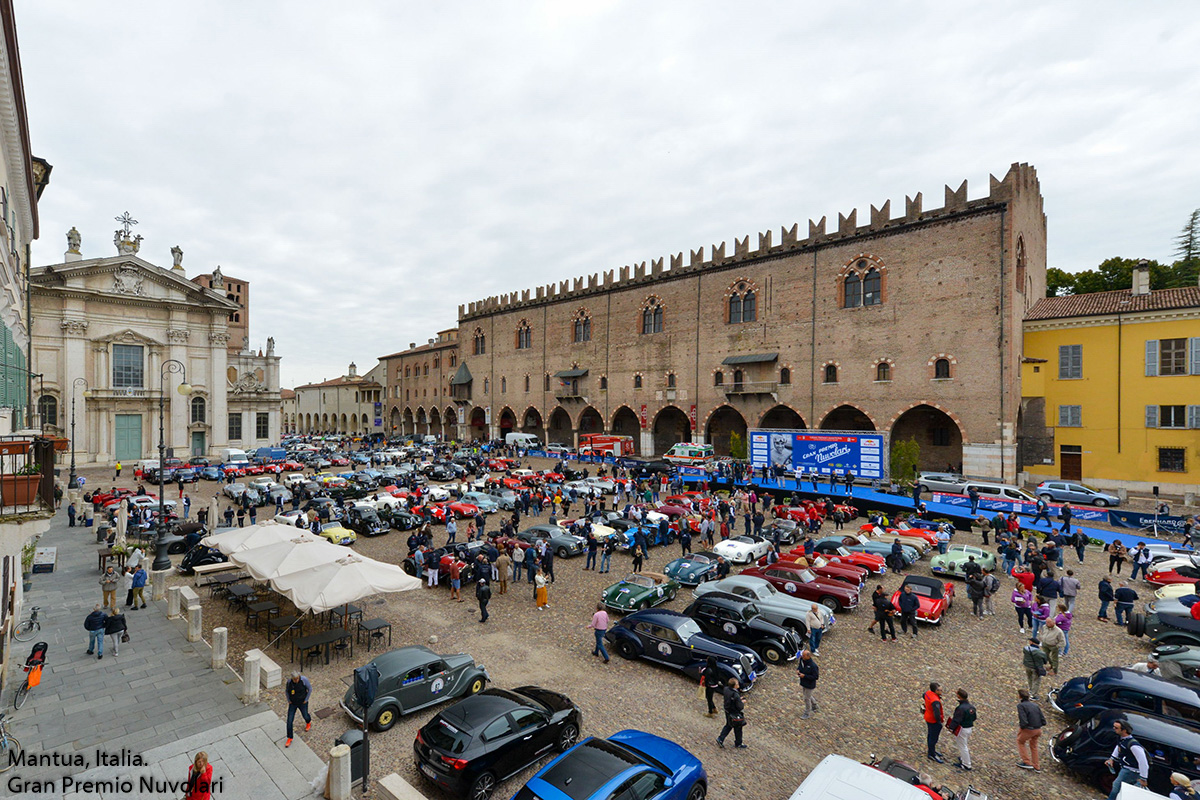 The details of the 30th edition:

Participation: 150 crews at the start coming from the main European countries.

Period of admission of the cars: from the beginning up to 1976.

Route: this 30th edition proposes a route of 1,095 km that will cross 5 regions and 12 provinces, along the Mantua-Rimini-Siena-Rimini-Mantua route, the one that over the years has met the greatest appreciation of participants.

– Friday 18th September: against the background of the incomparable beauty of the Palazzo Ducale, the Gran Premio Nuvolari 2020 started at 11.00 am from Piazza Sordello, in the heart of Mantua. It will cross the picturesque streets of Emilia, to stop at the Modena Circuit: time trial and lunch break, and then continue on the hills of Romagna towards the Adriatic up to Cesenatico, where the first evening will take place in the prestigious location of the Grand Hotel Leonardo da Vinci. An overnight stay in Rimini will follow. 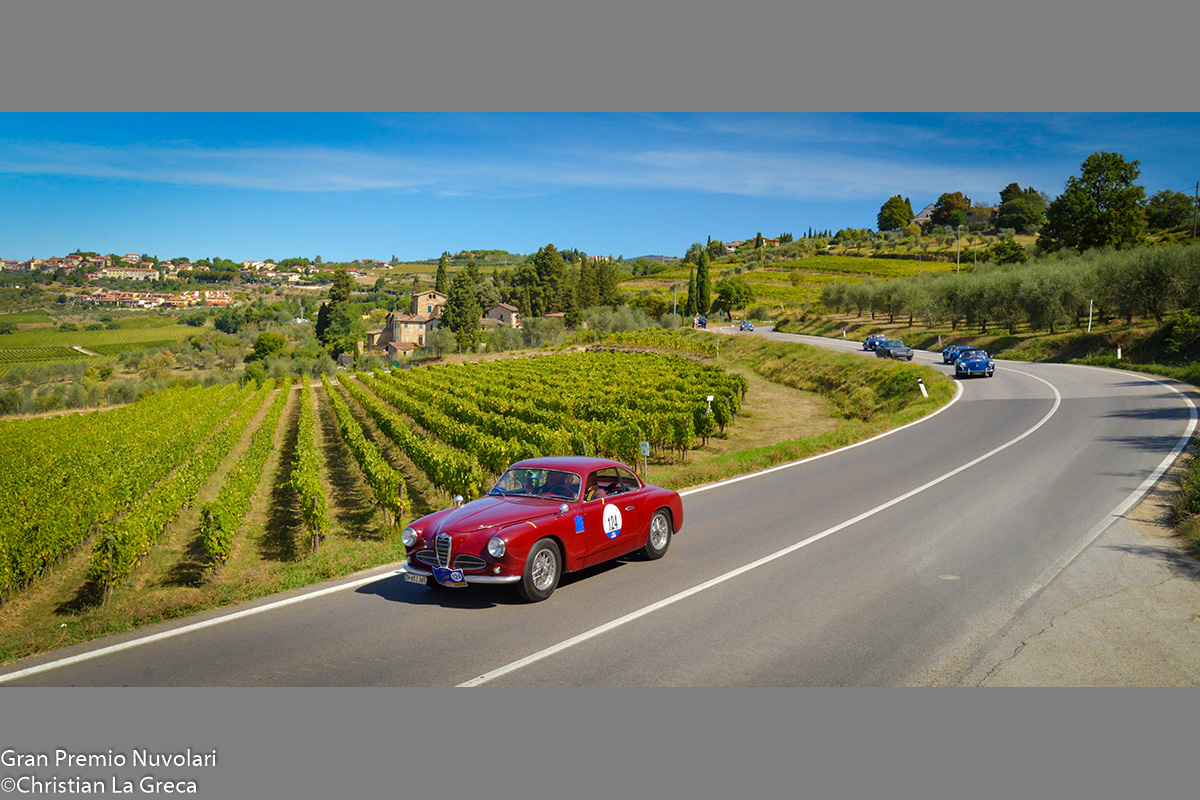 – Saturday 19th September, the second stage, will be the most intense day of the Gran Premio Nuvolari: after the departure from Rimini, the competitors will drive along the Adriatic Road, passing through the Viamaggio Pass. Then, they will follow through the Florentine countryside and the Chianti hills, finally arriving in Siena for the usual parade show in Piazza del Campo, one of the most representative squares of the Peninsula. After the break under the cypresses of Borgo Scopeto, the caravan will continue to Piazza Grande, in the heart of Arezzo. In the late afternoon, the crews will drive along the panoramic streets of Marche, touching Urbino and reaching Rimini, where they will conclude the second stage on the strip of Piazza Tre Martiri. The Gala Dinner in honor of Tazio Nuvolari will be held as usual in the unique setting of the Grand Hotel of Rimini, that this year celebrates the Centenary of Fellini’s birth. 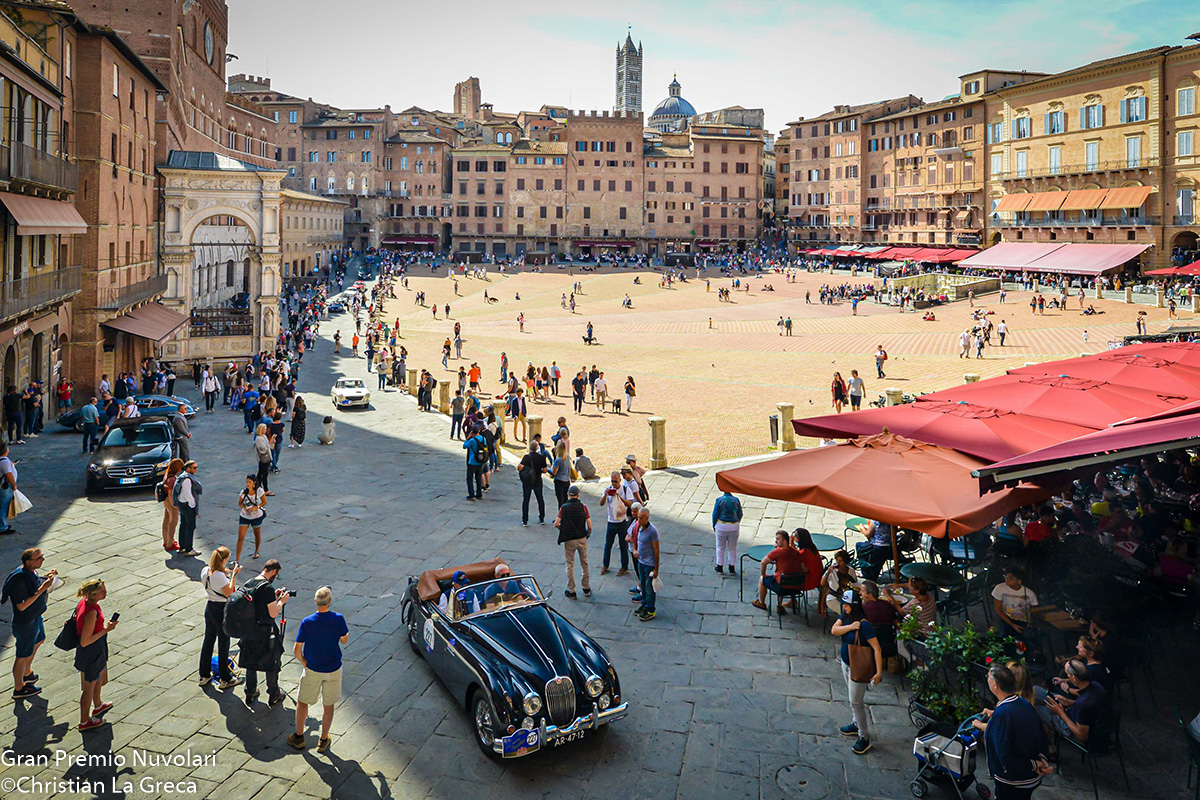 – Sunday 20th September, in the morning, the crews will head back to Mantua, but first they will face the last challenges, perhaps the most crucial ones to determine the winner of the 30th edition of the race. Starting from Rimini, they will face the dreaded time trials in Meldola, then passing through Faenza, guests of the Formula 1 Alpha Tauri team, fresh from victory at the Gran Premio d’Italia. The arena in Piazza Ariostea in Ferrara will then welcome the competitors with the usual enthusiasm. After 1.095 km, the return to Mantua, through Borgofranco and Ostiglia. It will take place in time for the farewell lunch, organized within the walls of Palazzo Ducale. 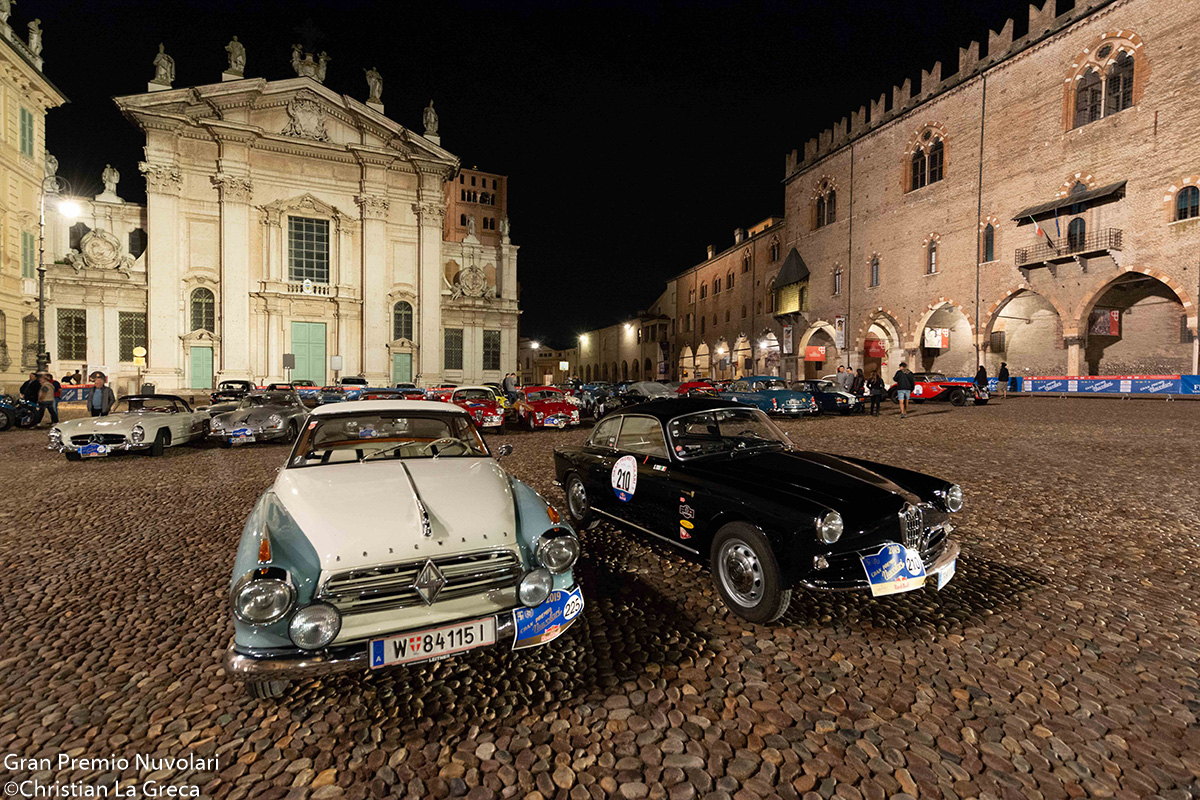 Tazio’s legendary car: Nuvolari will symbolically take part in the event with the number 1 aboard the 1930 Alfa Romeo 6C 1750 Gran Sport, the glorious car with which the Mantovano Volante won the Mille Miglia ninety years ago. 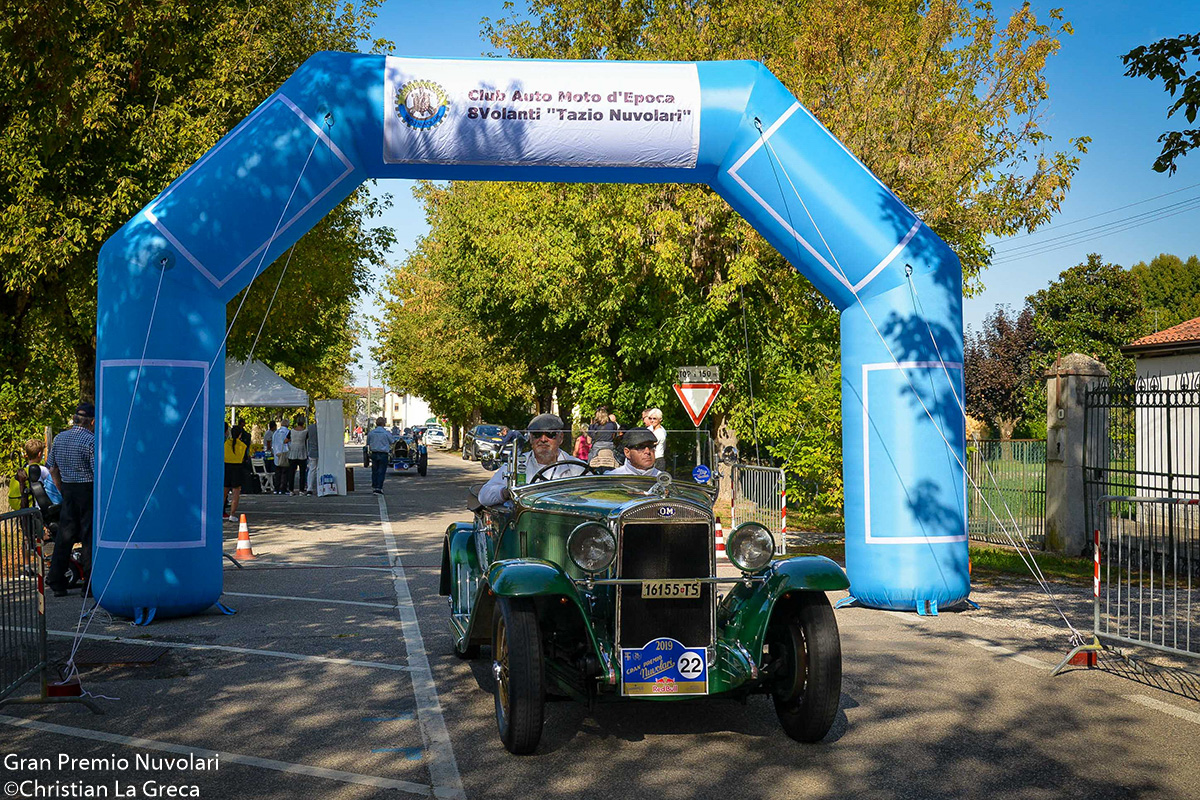 Among the crews at the start also Austrian Dieter Quester former Formula 1 driver of the 70s and Red Bull testimonial who will be at the wheel of a 1937 BMW Roadster.

Wearing the colors of TAG Heuer will be Carlo Vanzini, Formula 1 commentator for Sky, aboard a 1973 Fiat 124 Spider Abarth.

For the Gruppo Finservice will be at the start the CEO Guido Rovesta on a Mercedes 190 SL of 1956 and Orazio Rigo on a Mercedes Pagoda SL 250 of 1967.

To celebrate this important 30th edition there will be regularity champions such as Andrea Vesco, already triumphant in 7 editions in the renewed couple with his father, Gianmario Fontanella, Luca Patron, Alberto Aliverti, Giuliano Canè, Alessandro Gamberini and Mario Passanante, winner last year.

The event in honor of Nuvolari is the second round of “EpocaChampionship”, the Italian Grand Events Championship of Aci Sport, which also includes the Coppa d’Oro delle Dolomiti (23th-26th July 2020), the Targa Florio (15th -18th October 2020) and the Coppa delle Alpi by 1000 Miglia (21st-24th January 2021). 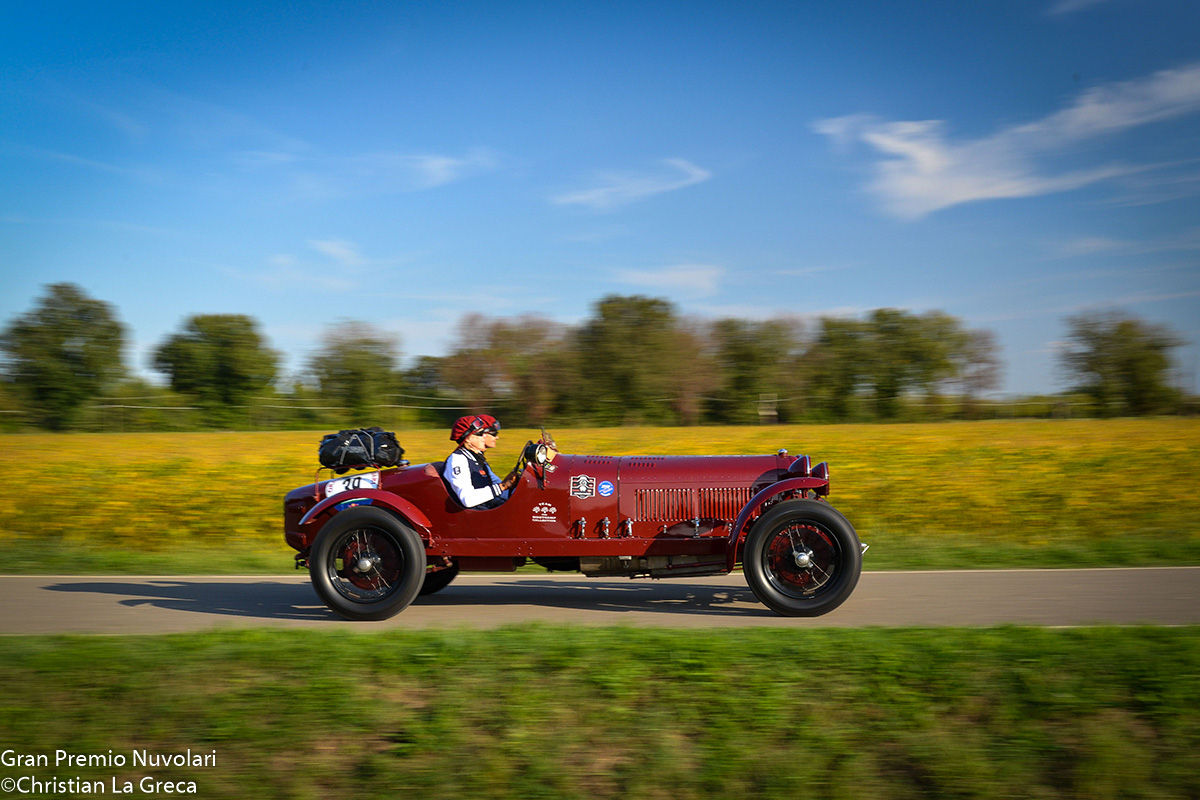 The Gran Premio Nuvolari is sponsored by the City of Mantua, Cesenatico, Rimini, Siena, Arezzo, Urbino and Ferrara.