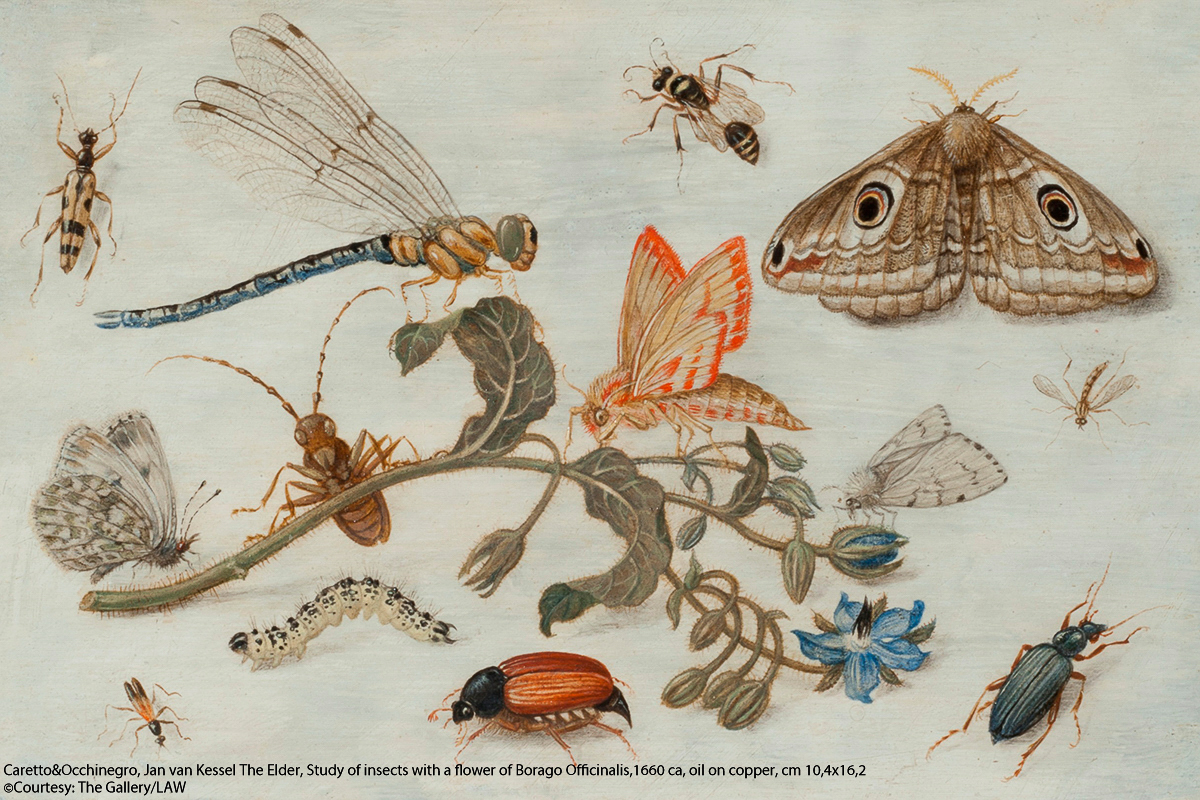 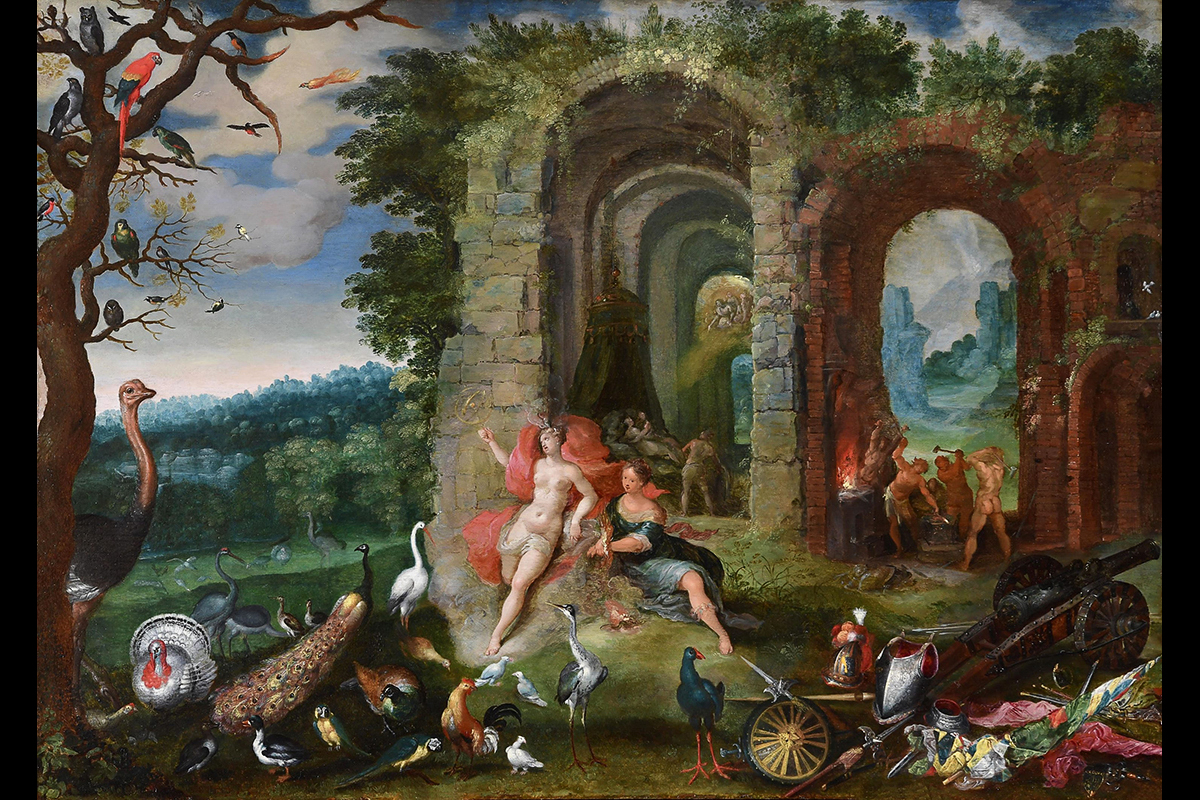 One of the most important weeks in the UK’s art market calendar, LAW features notable exhibitions by 40 pre-eminent art dealers, Old Master auctions and a host of events attract ing collectors, connoisseurs and museum curators to the capital, and underlining the central role that London plays in the international art world

Participants will be unveiling important works and staging one – off exhibitions which demonstrate the unrivalled connoisseurship and expertise to be found in St. James’s and Mayfair, traditional home to the finest art and art dealerships for more than 250 years. Some exhibitions have been years in the making, others are the first of their kind for decades. A number will continue on display to the end of July.

Works are priced from under £1,000 (Lowell Libson & Jonny Yarker will have several drawings at that level); under £5,000, such as a colourful ink study of a cricket by the Dutch artist Johannes Bronckhorst from Galerie Lowet de Wotrenge; to around £1 ,000,000 (Canova’s ‘Self- Portrait of Giorgione’ with Antonacci Lapiccirella Fine Art) and to well over a million, such as Robilant+Voena’s Boldini Portrait of Mme Eugene Doyen, 1910. 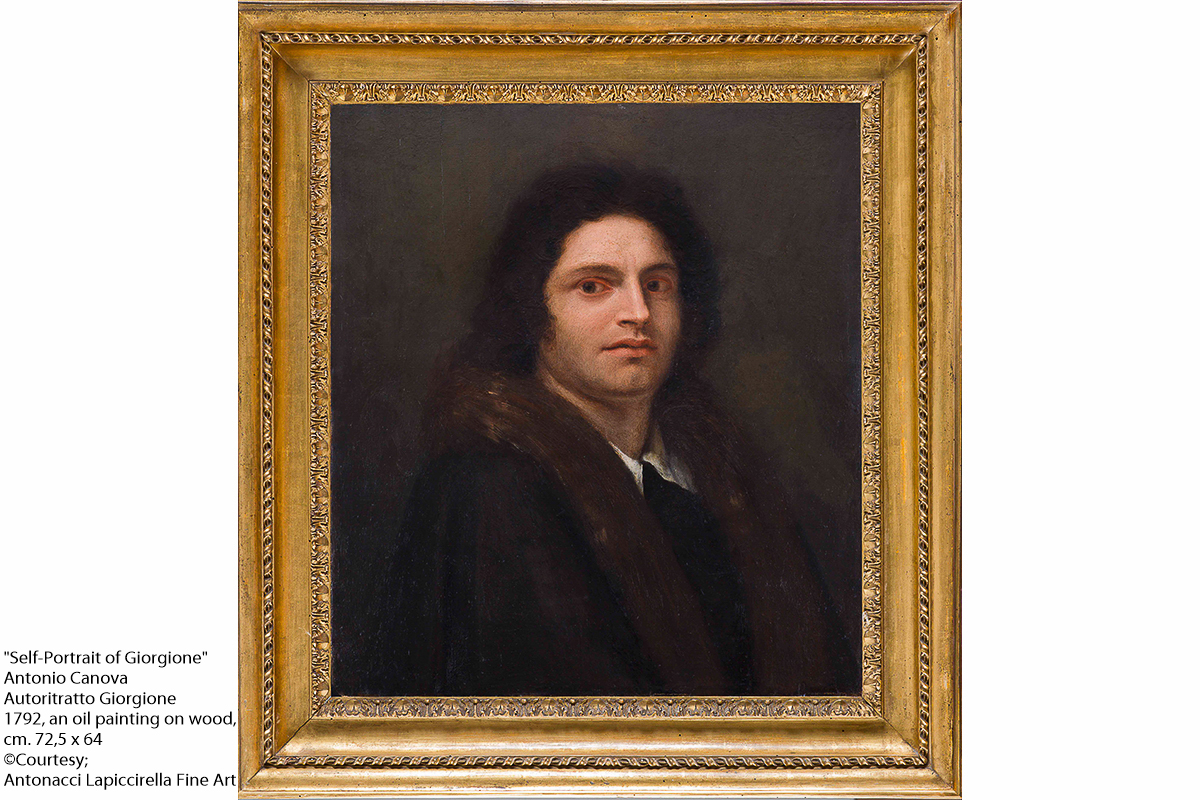 New discoveries, works appearing on the market for the first time in many generations, and great rarities are to be found. Outlined here is a taste of the variety of academic and celebratory exhibitions, just a few of the many significant works of art to be offered for sale, and a number of feature ideas and themes.

Opens 14 June – 13 July: 36 examples of European textiles from 1400 – 1600 with a focus on embroideries such as opus anglicanum, Renaissance velvets, lavish household linens, ‘Perugia tablecloths’ and luxury Ottoman textiles created for the European market. The catalogue uses contemporaneous paintings by artists such as Carlo Crivelli to show the textiles in ‘real life’. Highlights include a c1460 tapestry fragment depicting The Marriage of Blancheflower from a famous 12th century epic poem, part of a set possibly displayed at the marriage of Charles the Bold (1433 – 1477) and Margaret of York (1446 – 1503) in 1468.

By The Book: European Ceramics from Engraved Sources aRaccanello Leprince

Showing a selection of 16th century Italian maiolica with links to engravings and woodcuts, as well as later ceramics with de coration derived from printed and other sources. [This exhibition is directly related to the current National Gallery, Washington DC show Sharing Images: Renaissance Prints into Maiolica and Bronze, through 5 August]

From Classicism to Futurism – Italian art over the Centuries at Galleria del Laocoonte & Galleria W. Apolloni (new participants from Rome)

Highlights include a vivid Futurist work by Marisa Mori (Florence 1900 – 1985), a talented pupil of Felice Casorati. Not only a daring non – conformist painter, she was also a fearless aeronautical acrobatic pilot, and flew over Turin with Filippo Marinetti. An actor, theatre costume and set designer, Mori sculpted and was a supremely skilled draughtsman, as many remarkable drawings from her early training in Casorati’s studio demonstrate. The first drawing she made, on the very first day she attended her master lessons, will be exhibited alongside her visionary, dreamlike futurist paintings.

An unprecedented selling exhibition of 100 British drawings dating from before 1730 and spanning the Stuart age, has been co – curated by Jonny Yarker and Dr Richard Stephens, and is the result of ten years of collecting.

Accompanied by an impressive catalogue, this show will offer important new scholarship on a neglected area of research. Highlights include major unpublished drawings by Isaac (father) and (son) Peter Oliver, Sir Peter Lely, Godfrey Kneller, and William Kent; and by less familiar figures such as William Byron, 4th Baron Byron (1669 – 1736), grandfather to the famous romantic poet, as well as rare life drawings made at the Great Queen Street Academy in the first decade of the 18th century (sixty years before the foundation of the Royal Academy).

Massimiliano Caretto and Francesco Occhinegro from Turin are two of the youngest dealers at London Art Week with a conceptual approach to revealing the characteristics that distinguish the masters of Northern Europe from other artistic schools. Flemish painters of the 16th and 17th centuries such as Jan van Kessel the Elder and Jan Brueghel the Younger will be investigated through their use of nature, symbolism and colour.

In honour of #RA250, three centuries of British painting and drawing: this exhibition will include works by Royal Academicians William Daniell (with an exceptionally rare, newly discovered work), James Ward, Henry Fuseli, Edwin Landseer and John Nash, as well as John Sell Cotman, James Seymour and John Piper. The broad range of genres, subjects and media from the 18th century to the (almost) present day will highlight Britain and the RA’s remarkable contribution to art history.

Watteau to Gauguin: French Drawings of the 18th and 19th Centuries at Stephen Ongpin Fine Art

60 drawings by 18th and 19th century French artists including Boucher, Fragonard, Gericault, Huet, Ingres, Millet, Renoir and Watteau: many of the drawings come from private collections; several will be published for the first time in the scholarly catalogue that accompanies the exhibition.

From Bloemaert to Brueghel: a Selection of Northern Paintings, Sculptures & Works on Paper at Galerie Lowet de Wotrenge (a new participant from Brussels)

Including a newly – discovered 16th century portrait of an unknown man by Frans I Pourbus the Elder (1545 – 1581), father to the great international court painter Frans Pourbus the Younger (1569 – 1622), an astute psychological study of a man in his prime; a botanical work by a rare Dutch female artist of the 17th century, Alida Withoos (1659/60 – 1730), and a work by Marten Ryckaert (1587 – 1631), registered in Antwerp as the one – armed painter, the result of a birth defect, which did not prevent him from becoming a successful artist in his lifetime.

Ancient objects with a specific focus on the artworks’ texture will be presented alongside original paintstick drawings by Richard Serra (b.1938), the renowned contemporary American sculptor and artist.

Faces and Fashion at The Weiss Gallery

Among highlights at this specialist in Tudor, Stuart and Northern European Old Master portraiture is an imperious three – quarter – length portrait of An Unknown Spanish Noblewoman by Frans Pourbus the Younger (1569 – 1622) bedecked in flowing strings of pearls and elaborate lace ruffs, c1603 – 1604.

Life and Death at Jan Muller

Antiques (new participant from Ghent) Jan Muller is a specialist in Flemish and Dutch Old Master paintings. Amongst works to be displayed is a collection of exquisite flower paintings, juxtaposed with rare, early 17th centur y vanitas still lifes and ‘witches’ kitchen’ works. Jan’s cousin Klaas Muller is also new this year, from Brussels. He focuses on painting, drawing and sculpture dating from the 16th and 17th centuries with an emphasis on Italian and Flemish, especially Antwerp, masters, and a particular interest in the works of Peter Paul Rubens.

For London Art Week Summer 2018, the gallery will launch – TOMASSO XXV, a celebratory catalogue marking many notable sales made over the years to museums such as the Metropolitan Museum of Art, New York.

There are many general and topical themes running through the works at LAW, relating to matrimony, life and death, landscapes, portraits, as we ll as works connected to major exhibitions in 2018, for example:

Didier Aaron has a group of paintings depicting artists and self – portraits relating to The Artist at Work ( at The Courtauld Gallery, to 15 July 2018) while new dealer Galerie Lowet de Wotrenge has a fine 16th – century ink drawing by Friedrich Sustris (1540 – 1599) showing a sketch of Jupiter and Semele on the verso and the finished study on the recto.

All the works at  Lowell Libson and Jonny Yarker Ltd’s exhibition which spans the Stuart age are related directly to the recent Charles I exhibition at the RA. A Tale of Two Kingdoms: The Art of Spain and Naples at Colnaghi will feature artists and works connected to the forthcoming exhibition at Dulwich Picture Gallery, Ribera: Art of Violence, 26 September 2018 to 27 January 2019.