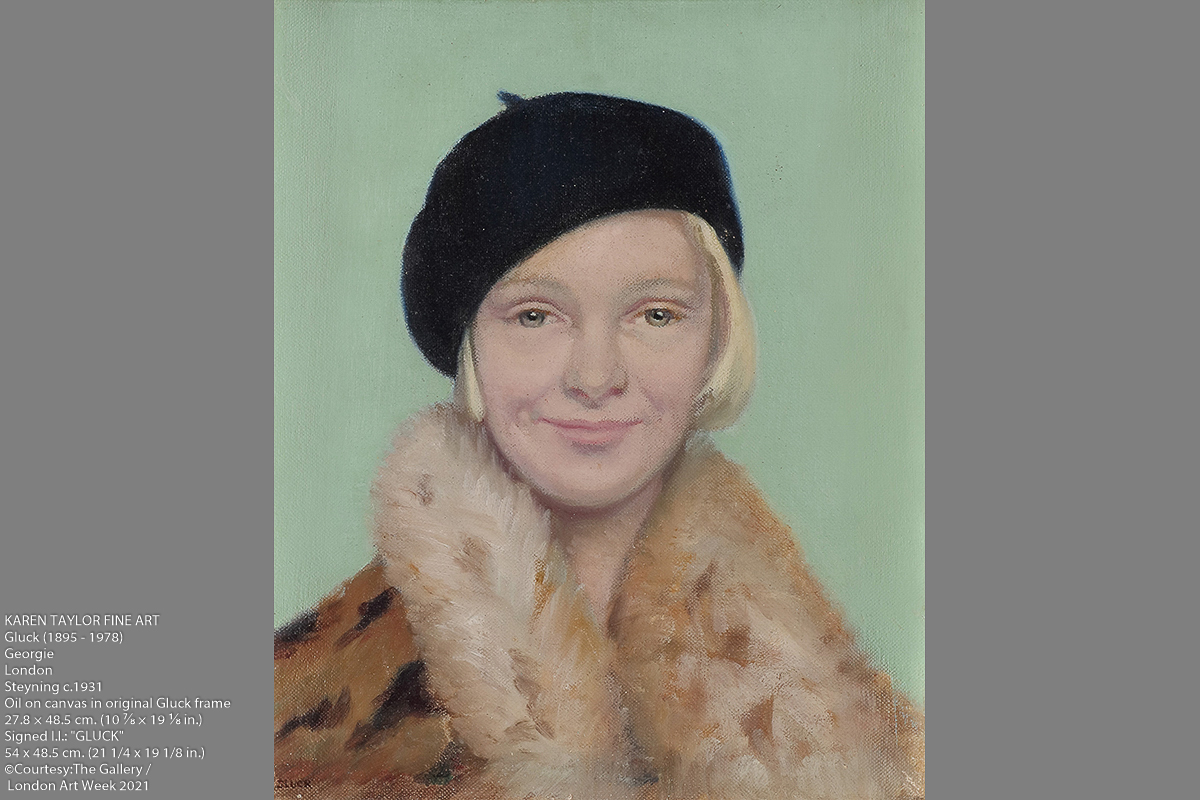 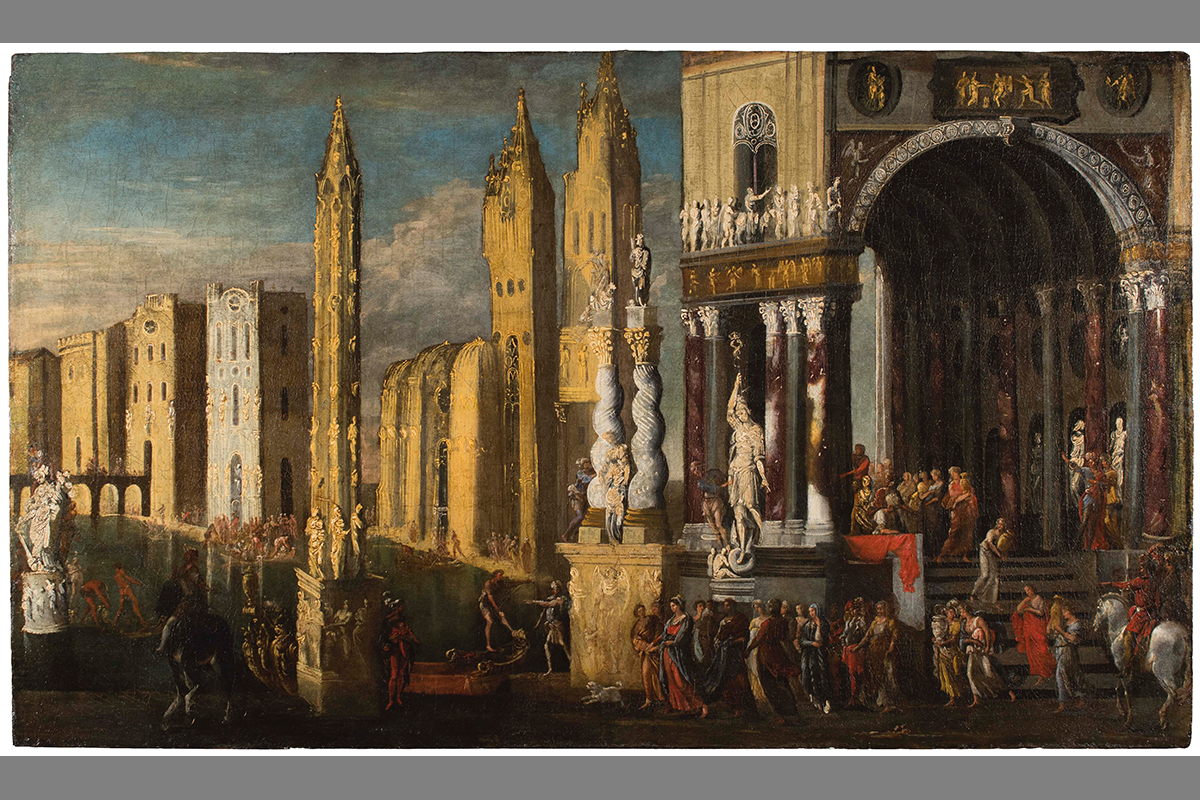 Experience 5,000 years of art from ancient to modern works of outstanding quality

Enjoy and learn from a programme of art talks featuring curators from major museums, scholars, collectors, experts and art historians 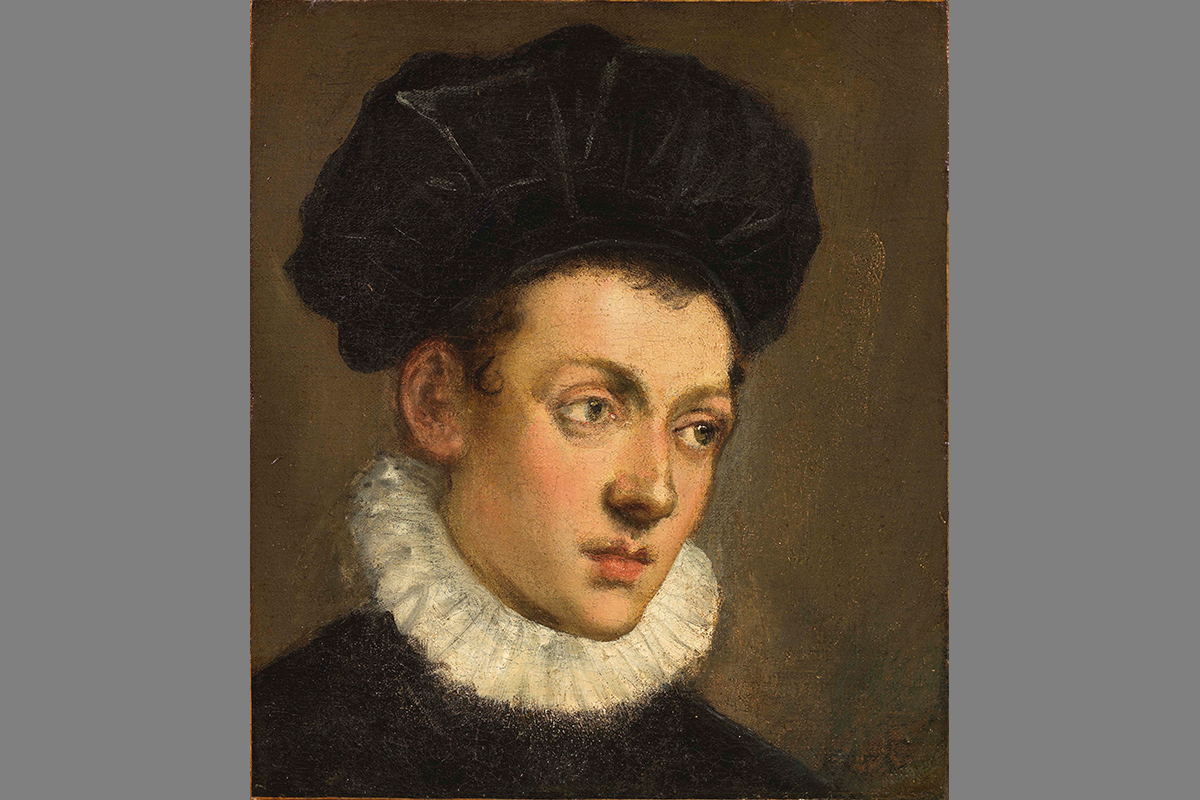 London Art Week, the in–gallery fair with its heart in the traditional art land of Mayfair and St. James’s, features leading international dealers offering exceptional paintings, drawings, sculptures, fine ceramics, works for the Kunstkammer and objets d’art for sale –spanning antiquity to the modern day, with a focus on Early, Renaissance, Baroque, Classical and Modern works of outstanding quality. 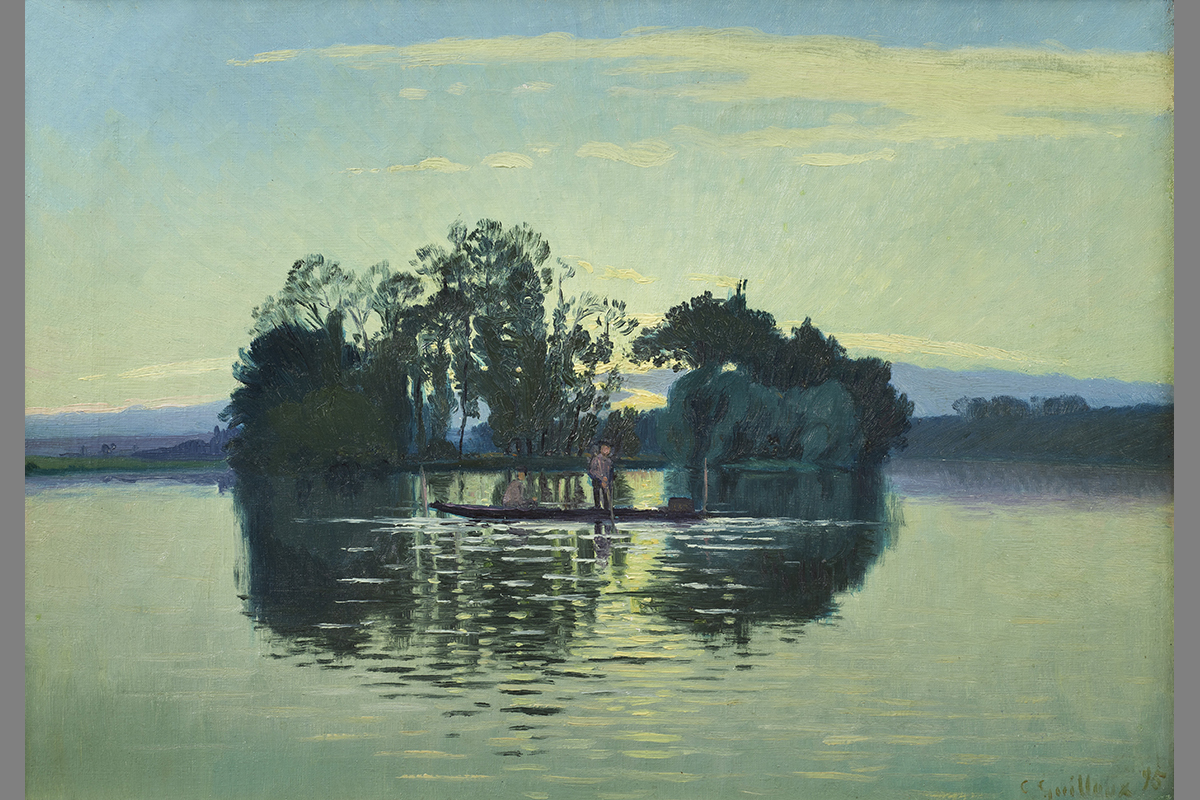 This year’s London Art Week is held in a dual format, with exhibitions taking place in participating galleries as well as on the digital platform from 2-16 July 2021. It is a major showcase of the best the art market has to offer from leading international galleries and auction houses, in London and abroad.

Led by a flagship Summer event, with a second week of events and exhibitions in the Winter, LAW aims to offer the very best paintings, drawings, prints, sculpture and objects, dating from Antiquity to theTwenty-First Century. 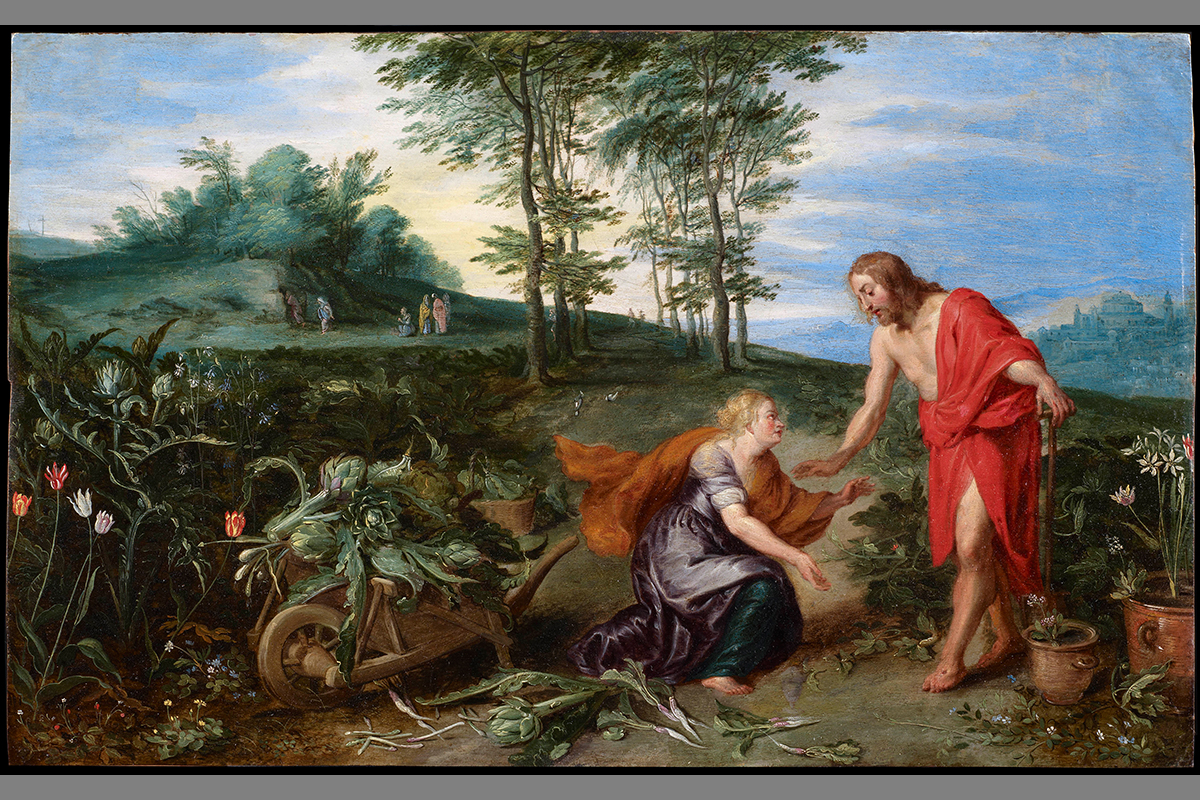 London Art Week launches a satellite Showcase in association with Cromwell Place, the recently – opened exhibition space in South Kensington. A special group exhibition held from 2-9 July in a dedicated room, which featuring a selection of works from a variety of LAW dealers (in addition to their own gallery-based shows). 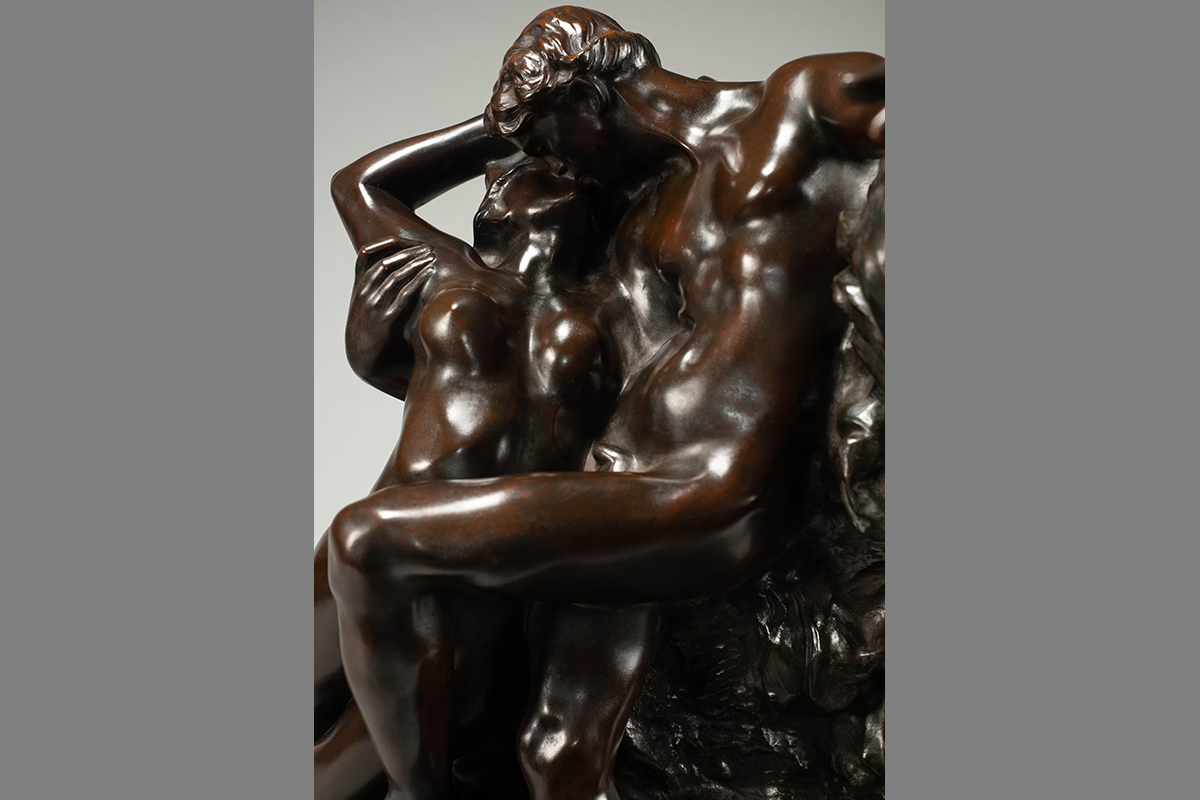 Some LAW participants will also be using spaces at Cromwell Place for their exhibitions this Summer.This means that you can now visit London Art Week galleries, exhibitions and dealers in locations spanning Richmond to Holland Park and Kensington, Bloomsbury to Soho, in additionto our central hub of St. James’s and Mayfair. 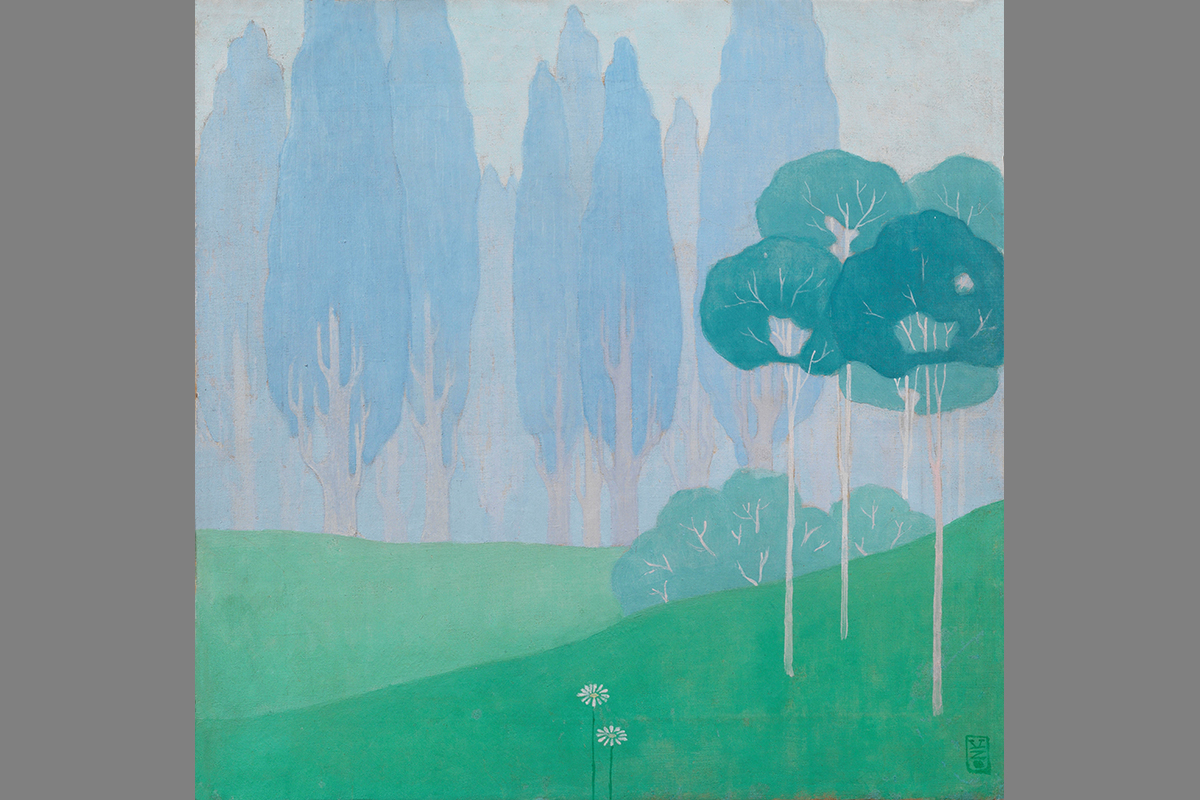 As part of London Art Week’s collaboration with museums, the organisers are delighted to welcome as guest curator the eminent art historian, curator and scholar Dr. Arturo Galansino, Director General of the Fondazione Palazzo Strozziin Florence. The curated exhibition will have its own online section at LAW Digital and all participants have submitted a work on the theme for consideration.

Well–known among the London Art Week community, Arturo Galansino has been invited to curate this special exhibition by the LAW Board who have long admired his exceptional track record in curating incredible and thought–provoking exhibitions. spanning Old Masters to contemporary art: from Moroni, Giorgione and Rubens at the Royal Academy to Ai Weiwei, Bill Viola and Marina Abramović at the Palazzo Strozzi.

All participating dealers will have a work displayed and each of them will be asked to explain why they submitted their chosen work, expressing their own interpretations of the term ‘Revolution and Renewal’ – whether they focus on political, social or art–historical revolutions, or the type of renewal found in nature, friendships, well–being or spirituality. There will be talks and special events accompanying the exhibition. 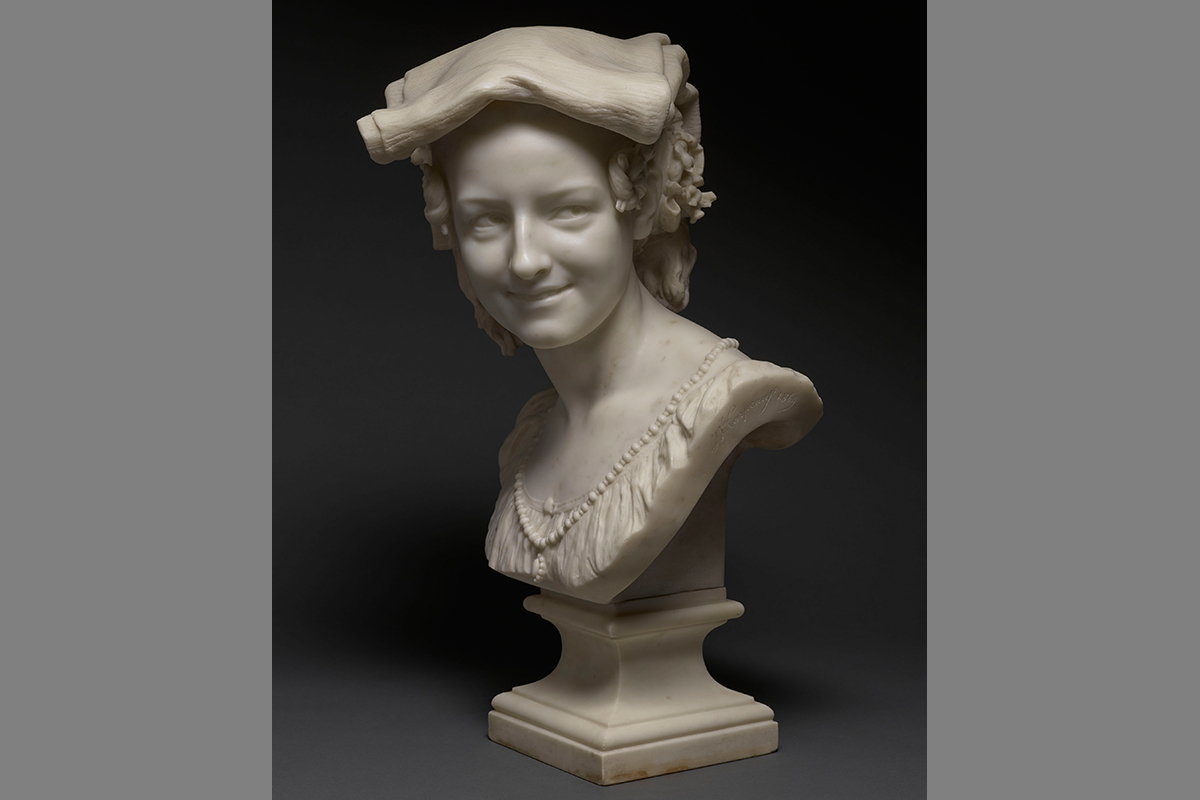 Due to the pandemic, this is the first physical event offering London Art Week dealers a chance to show their latest discoveries. This year:

The Weiss Gallery runs an exhibition on the ‘Summer Queen’ after the discovery of a portrait by Corneille de La Haye of the tragic Madeleine of France, who fell in love with and married James V of Scotland (1512-1542), but died shortly after she arrived in Scotland.

Johnny van Haeften will be showing a rediscovered and rare earlyPortrait of a Gentleman holding a Watch by Aelbert Cuyp (1620-1691).

Galerie Canesso presents a new addition to the oeuvre of Bartolomeo Cavarozzi (1587-1625), considered to be one of the greatest still life painters of the Caravaggesque movement Basket of Fruit. 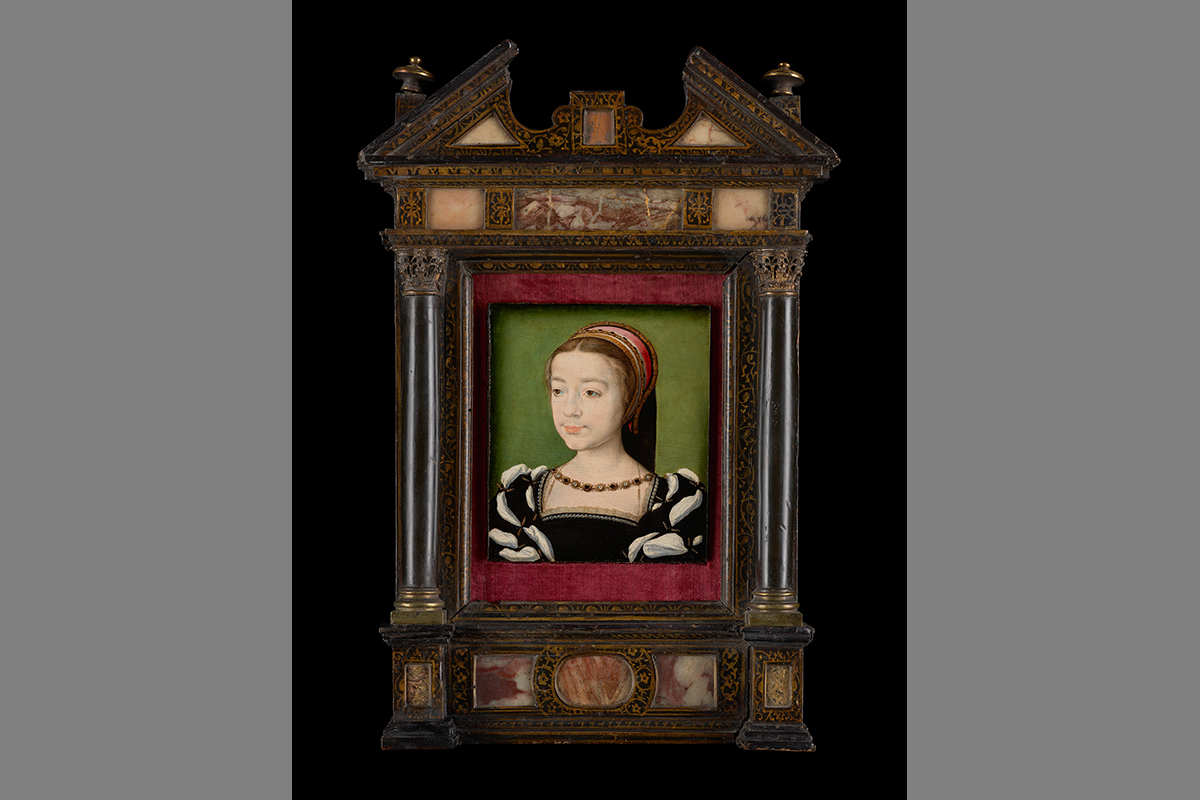 LAW continues with its extensive online talks programme with specialists in their field including talks on Dürer, the latest exhibitions at the Musee de Luxembourg in Paris, the Frick Madison in NewYork and the National Museum of Bargello in Florence. Other panel discussions are on Old Master Drawings as well as one looking at the conservation of Modern Drawings and a conversation with a collector of the works by South African-based contemporary artist-potter Hylton Nel. 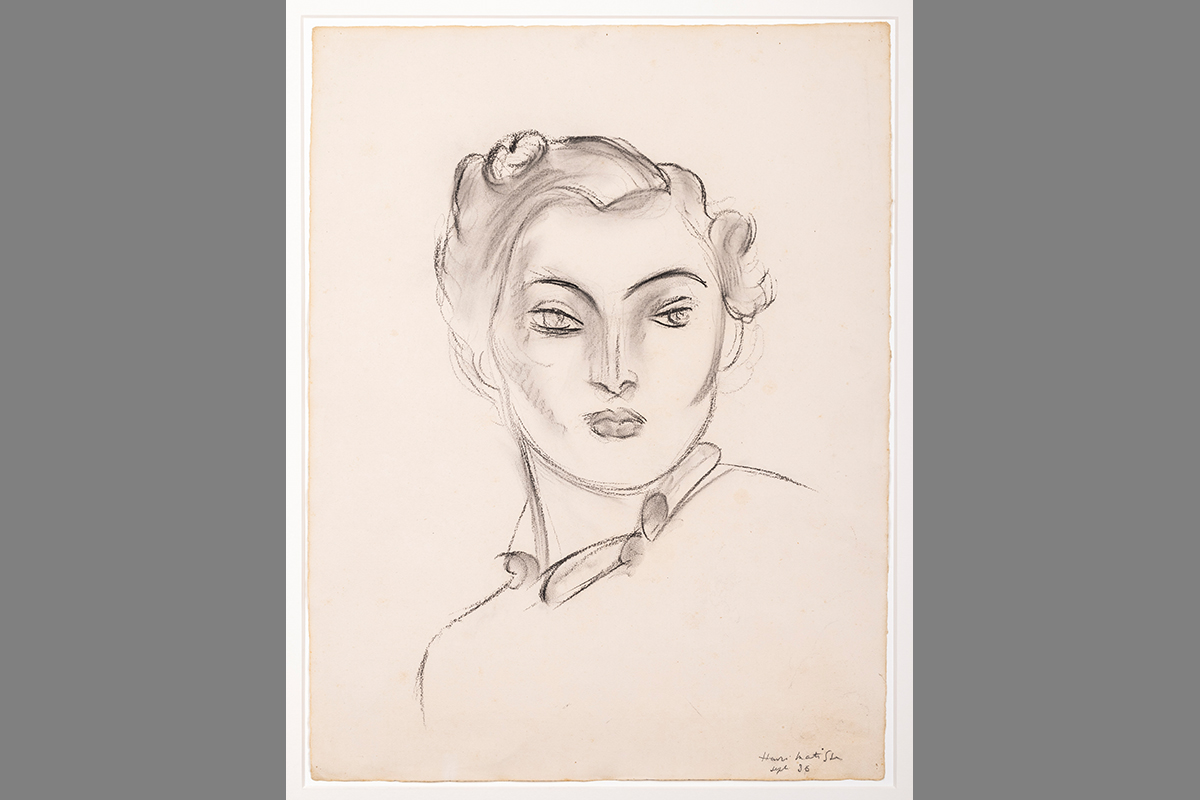 This year’s charity partner is the Elephant Family, which is currently raising awareness for its coexistence story in GreenPark, StJames’s Park and Berkeley Square with a herd of 100+life-sized elephants … visit them on your tour around London Art Week galleries. 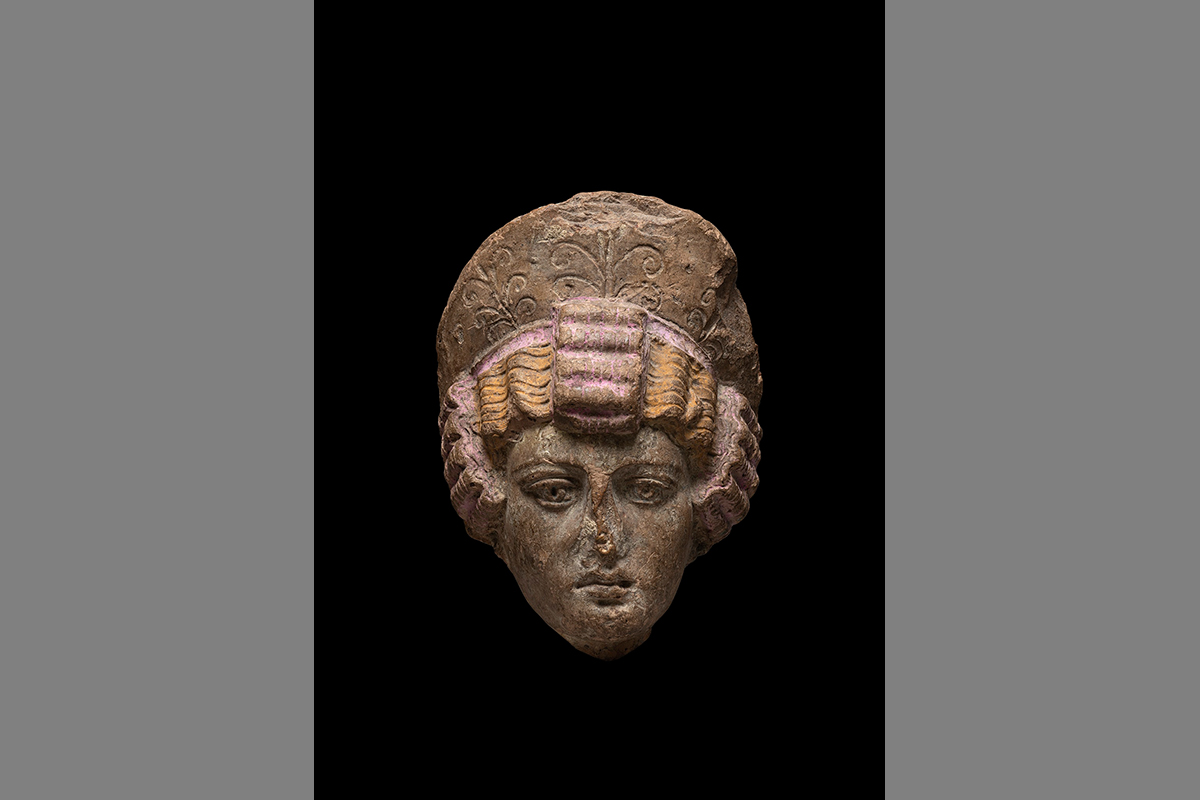 Physical shows to be staged in galleries span ancient sculpture to contemporary ceramics: 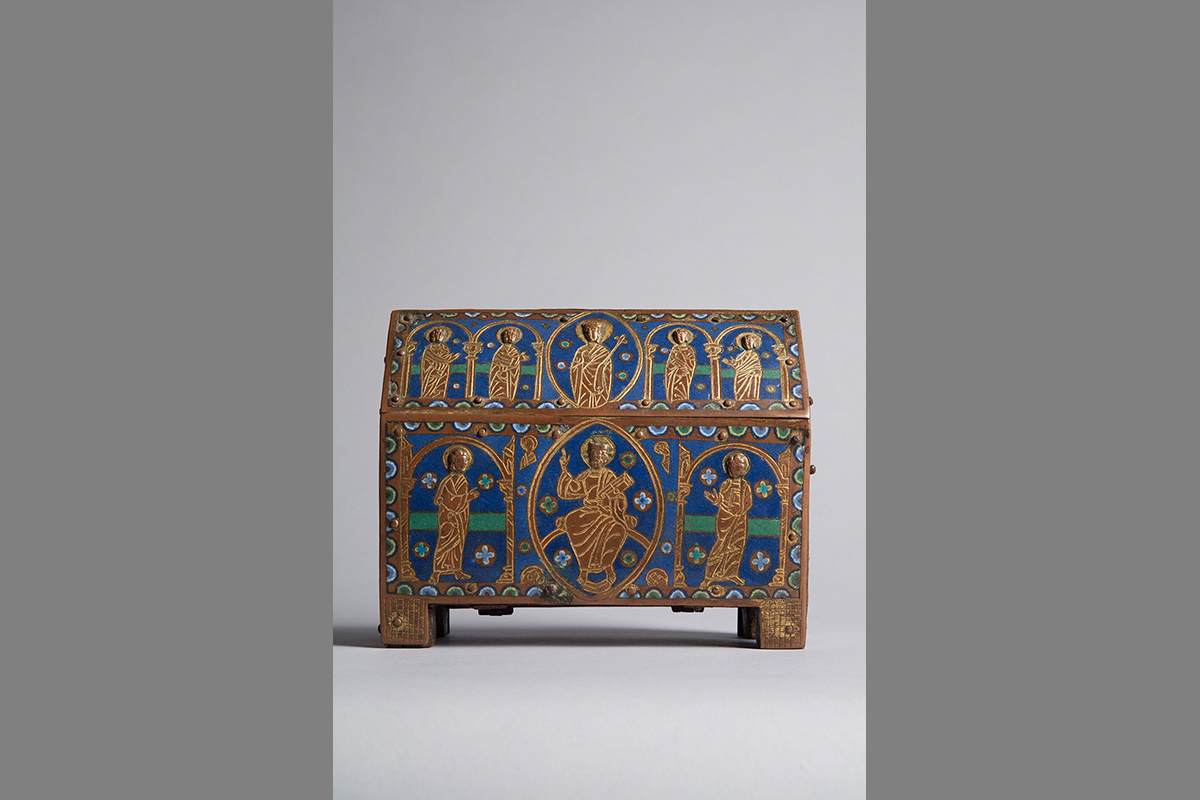 –Kallos Gallery – Fragments: Sculpture Of The Ancient World. Offering a dialogue with enigmatic

details that may be overlooked in a complete piece.

–Sam Fogg – Treasury Objects of the Middle Ages. The first show of its kind in 50 years, focusing on objects of the altar – reliquaries, chasses, chalices and other Sacrament containers, crosses, incense burners – made for both private and public devotion. The thirty objects in the exhibition, which will be accompanied by scientific analysis and in–depth research, were all made by master goldsmiths, enamellers and craftsmen between the 12th and the 16th century.

–Tomasso + Galerie Chenel (new participant) – Baroque: Ancient to Early Modern. A joint exhibition of Ancient Greek and Roman works of art next to 17th and 18th century examples, in a display that revolves around the Baroque aesthetic; the works characterised by a heightened sense of movement and grandeur, paired with opulent detail and narrative flair. 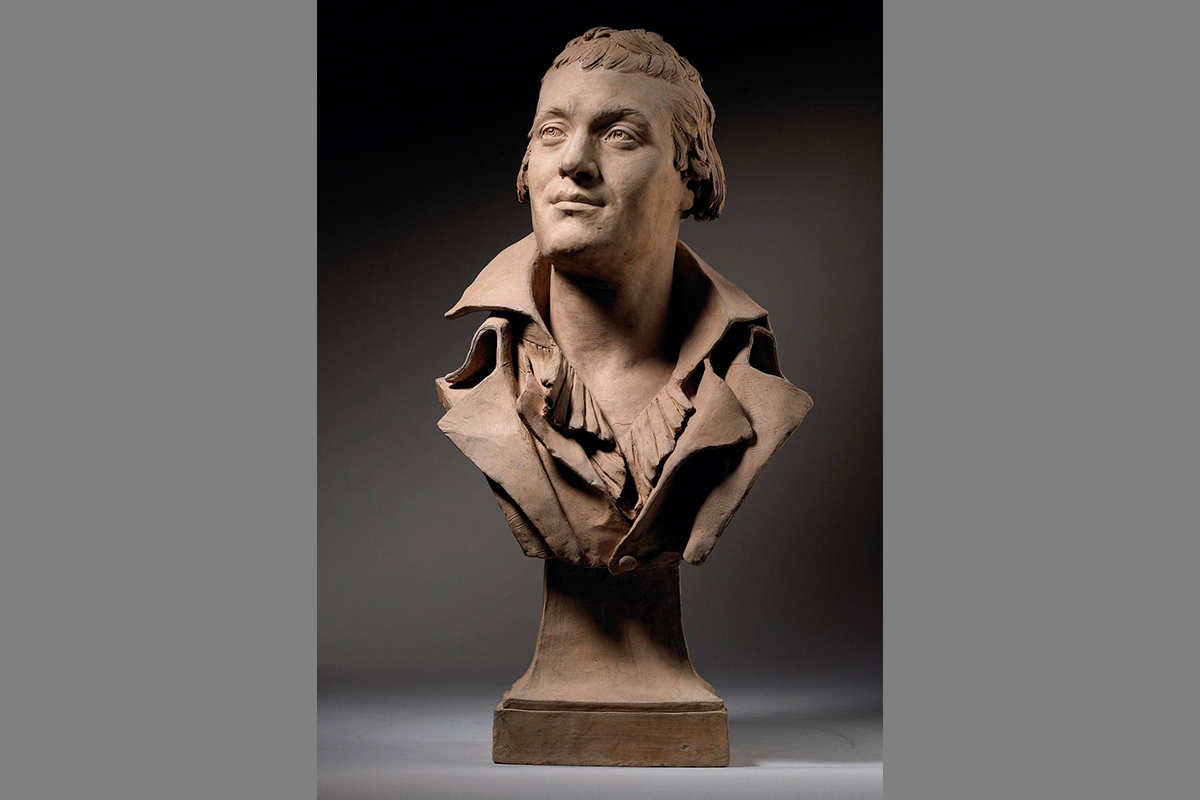 -Laocoon Gallery – Animals: 100 worksof ancient, twentieth century and contemporary art portraying animals. Including works by Carlo Antonio Raineri (1765–1826) who, towards the end of the eighteenth century, was made famous by his countless, colourful exotic birds; Sirio Tofanari (1886–1969) the perfect twentieth century animalier, and Andrea Spadini (1912–1983) who was adored, especially by Hollywood stars, for his hilarious monkeys and gigantic group of animal musicians encircling the Delacorte Clock in Central Park, from which some terracotta maquettes will be displayed. 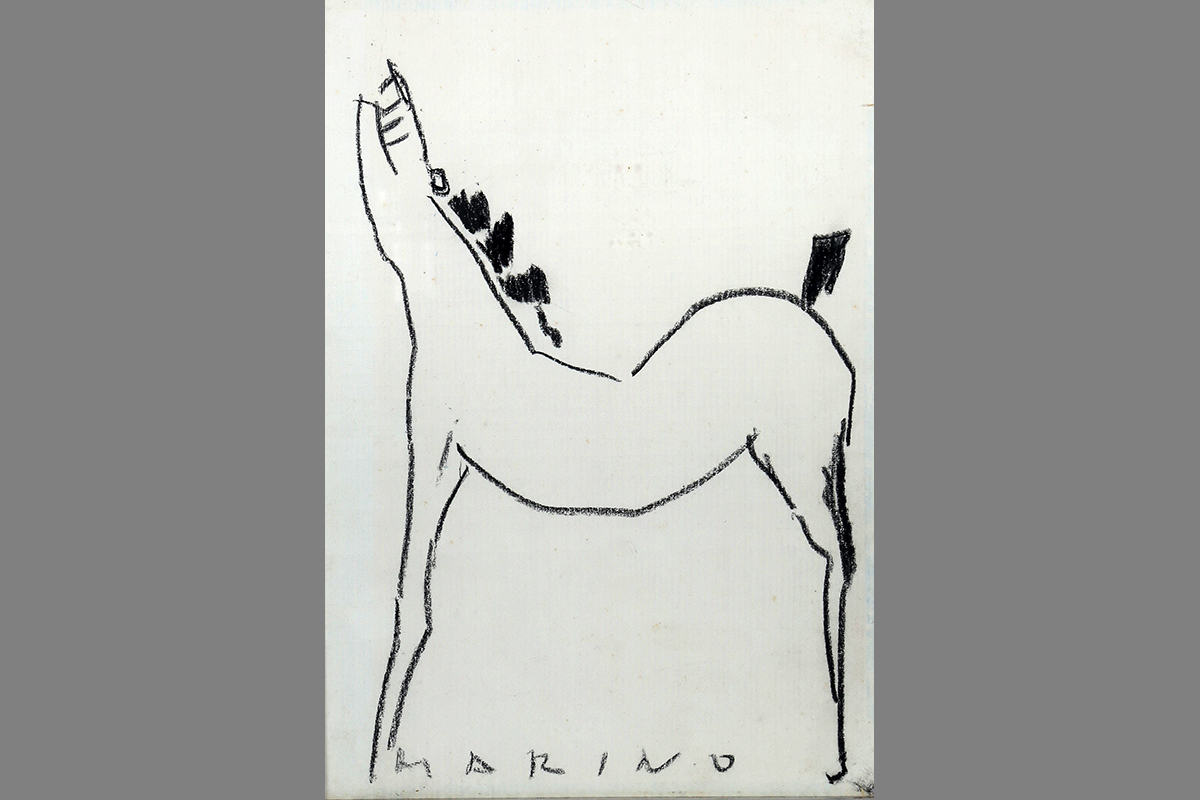 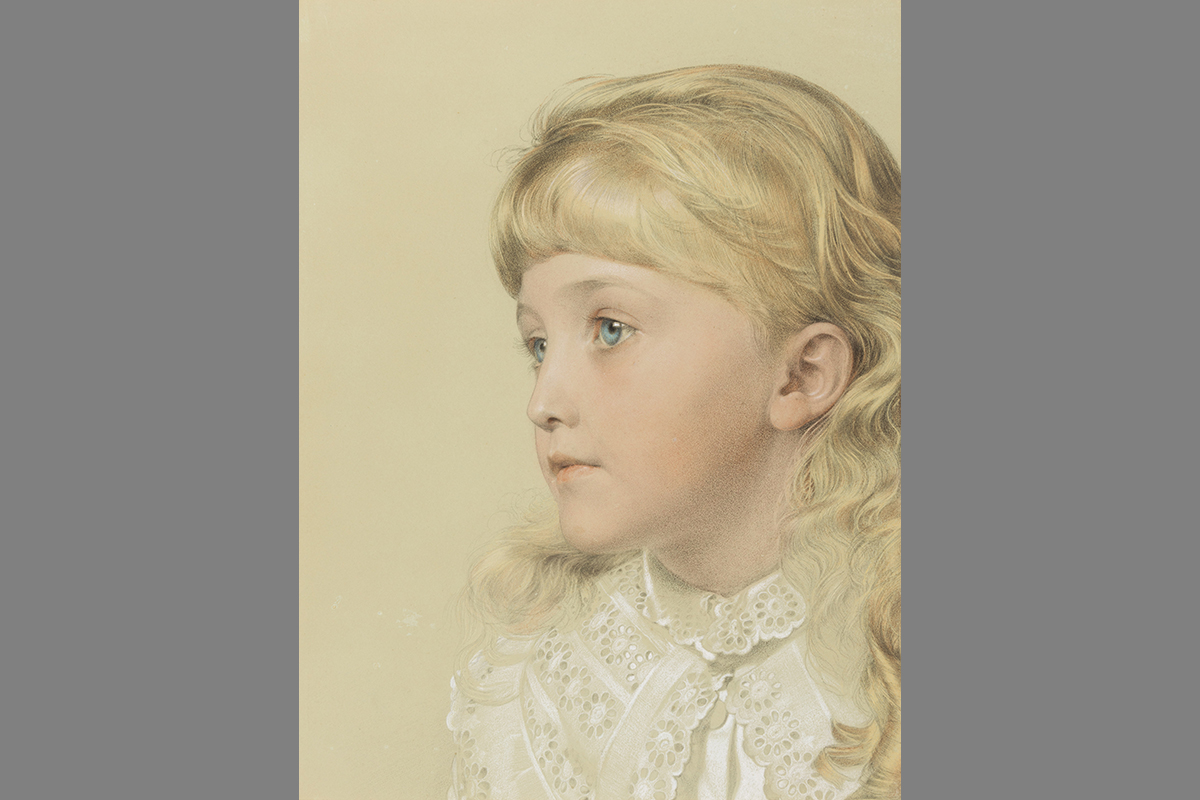 –Guy Peppiatt Fine Art – Marine Drawings by Charles Gore (1729–1807). A collection of some 15 works by this sailing and sea–obsessed wealthy and well–connected gentleman artist, gathered by Peppiatt over the course of two decades, will be the centrepiece of a larger exhibition of British watercolours. 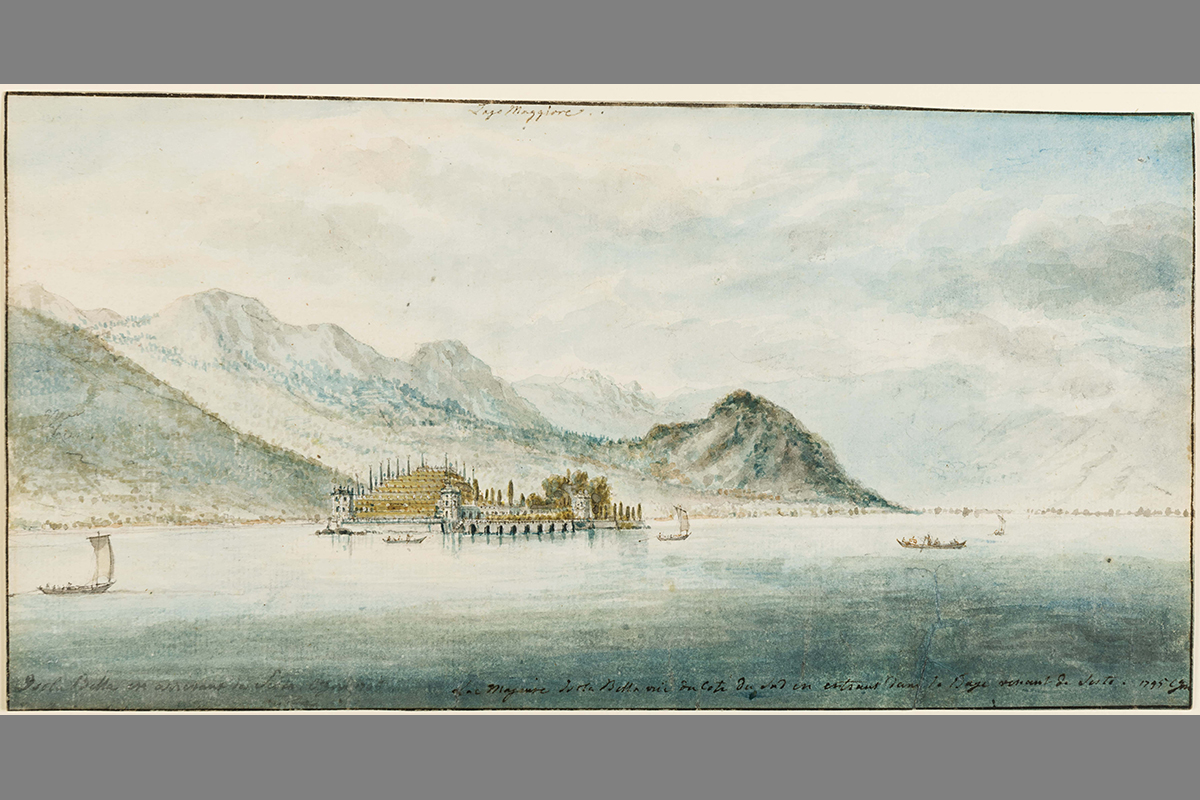 –Elliott Fine Art (new participant) –Diverse Beauty: Portraiture 1800–1950. A broad–ranging show encompassing paintings, works on paper and photographs. Nearly every decade from 1800 through to 1950 is represented, and, most importantly, a multiplicity of sitters who come from many disparate continents, countries and regions. 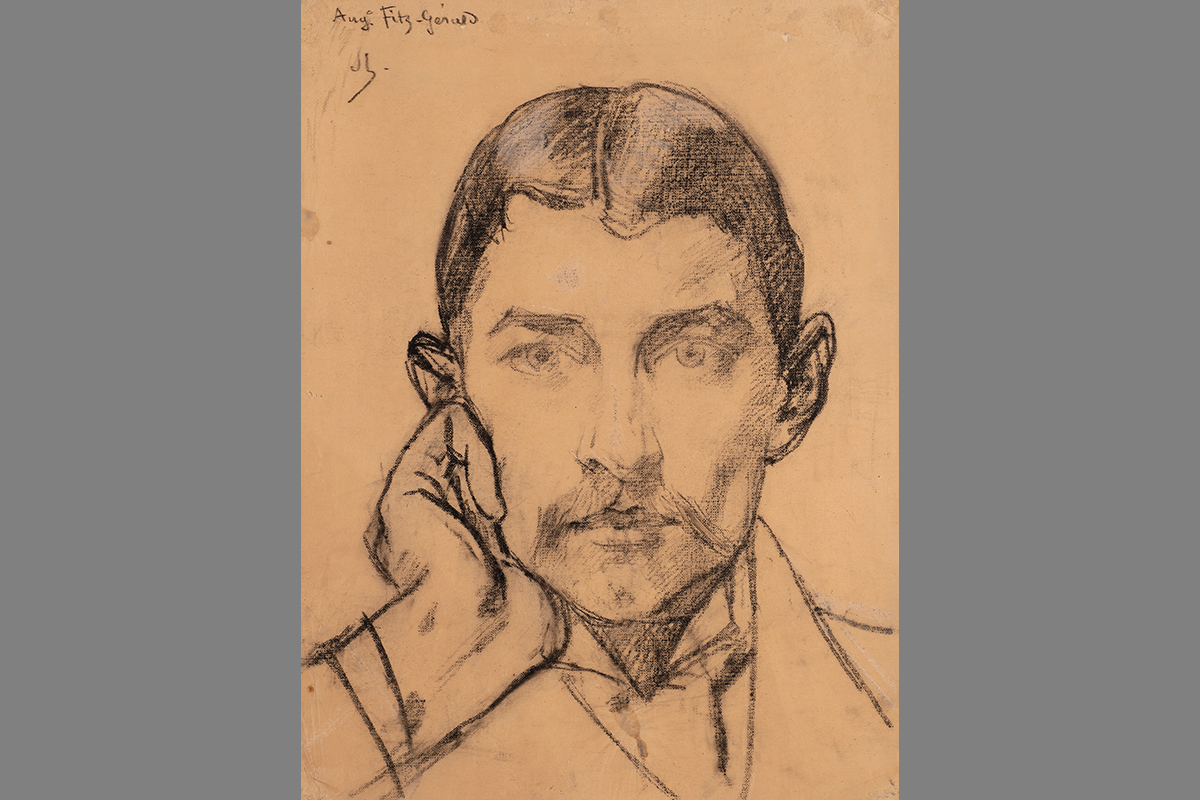 Self–portrait by German painter Lotte Laserstein (1898–1993); she fled to Sweden from Germanyin 1937, and can rightly be considered one of the most important figurative painters of the first half of the 20th century, whose skill and reputation have unjustly been forgotten. Agnews. 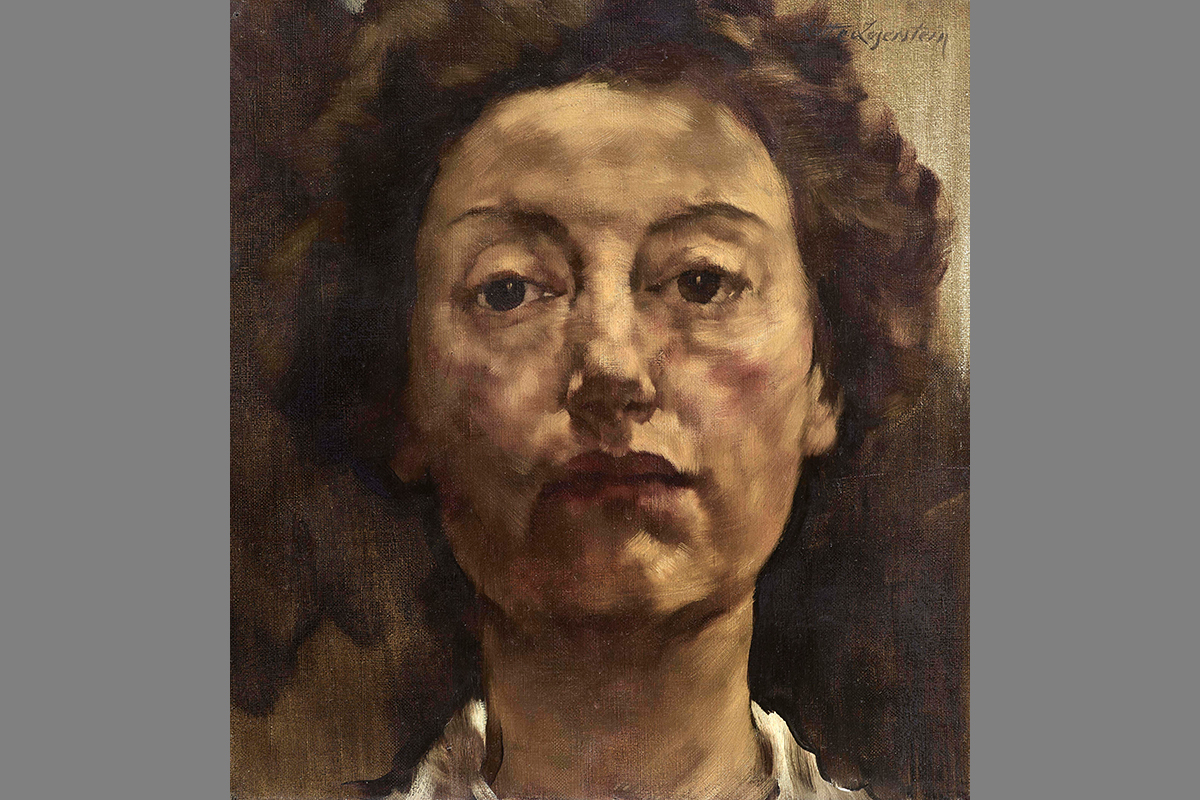 Portrait of the Wife of Chief Rwampungu, 1939, by the Belgian artist Clement Serneels (1912–1991): “It is very beautiful and also rare,” says Will Elliott. “It is the only example I have found of a Central African female portrait, pre–1950, in which the sitter could be identified. The only other portraits of women easily identifiable are of the Tutsi Royal family (painted by Irma Stern). So it is almost unique in that respect.” Elliott Fine Art(new participant)

A view of Santa Maria della Salute, Venice, seen from the entrance of the Grand Canal, 1714, by Gaspar van Wittel, called Vanvitelli (1652/3–1736), at the Old Masters Evening Sale, Christie’s. 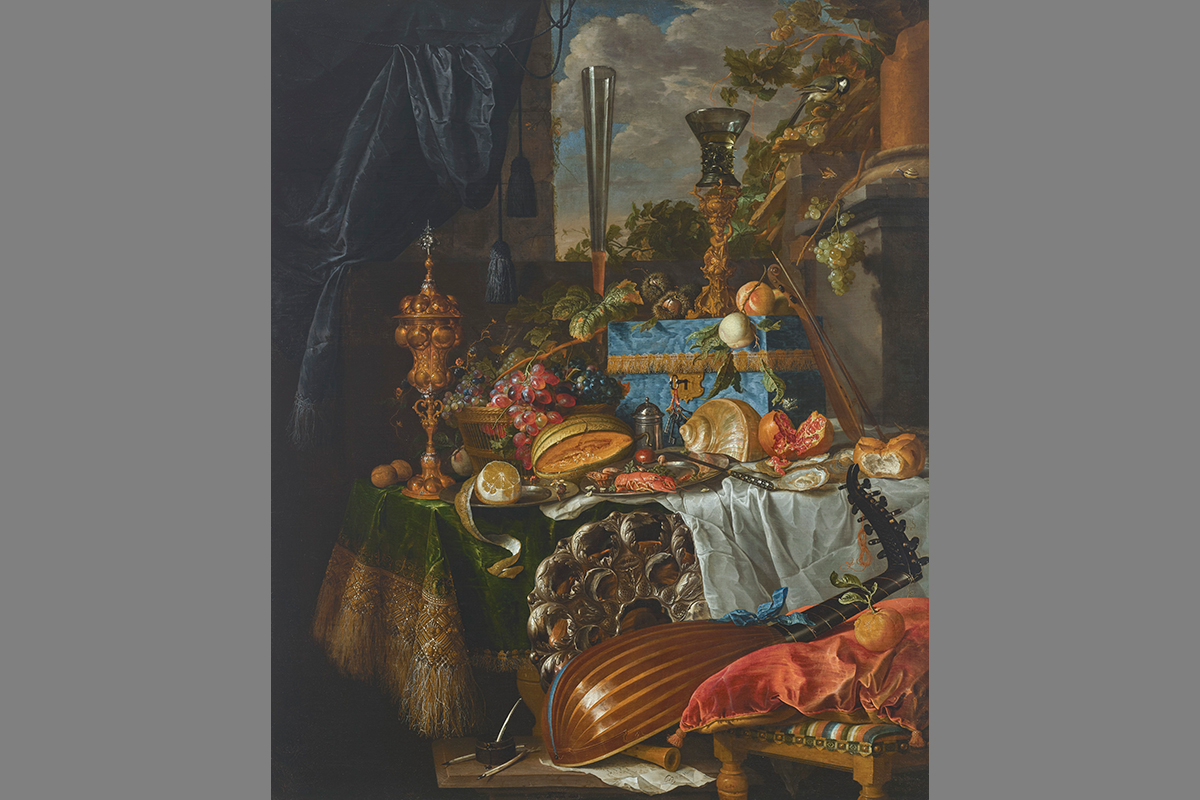 An Attic black–figure amphora (Type B) attributed to Group E, circa 540 B.C. Group E decoration is characterised by a preference for mythological subjects, a sense of monumentality, and the use of added red. The amphora is painted with scenes of the hero Herakles in combat with the Nemean lion and Athena looking on. Antiquities sale, Bonhams. 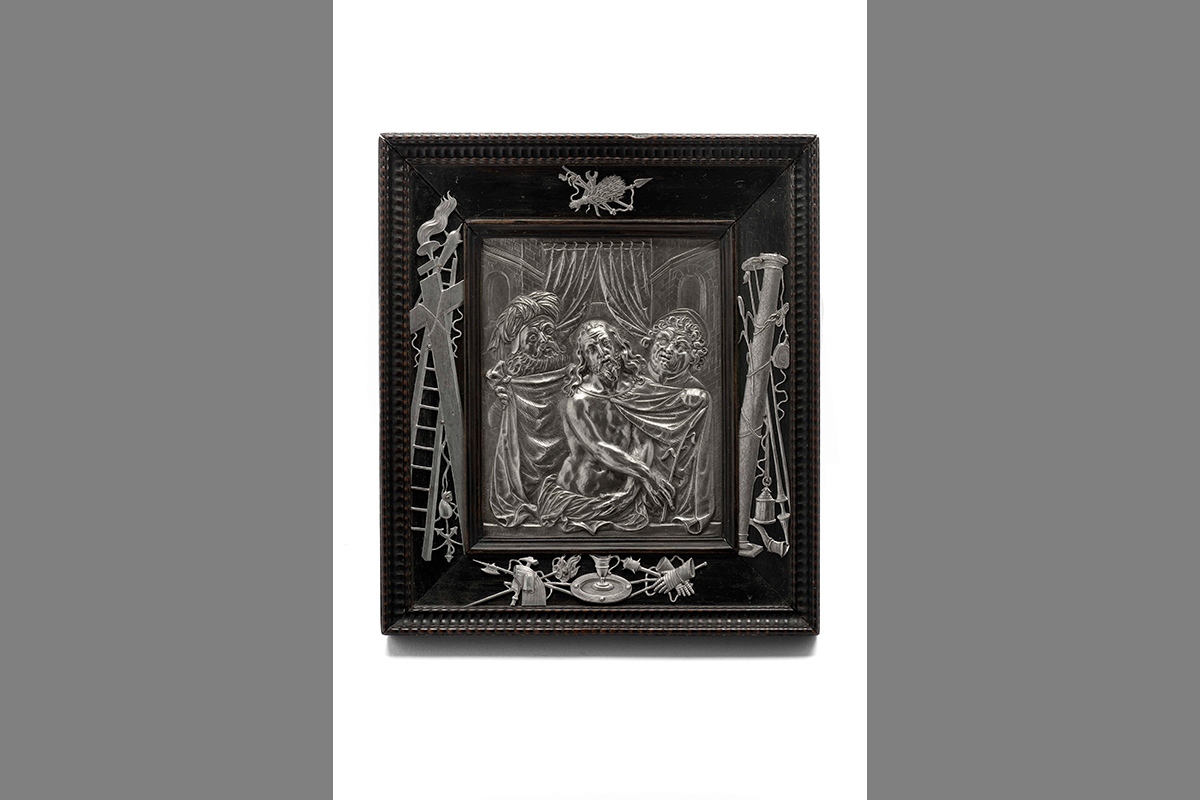 A moonlit rocky landscape with figures by a camp fireand A stormy landscape with shepherds, a pair of pastels on primed canvas by Jean Pillement (1728–1808), the renowned French landscape painter. Engravings of his work helped to spread the rococo style throughout Europe. Didier Aaron.

A bronze medallion depicting the Swiss Reformer Ulrich Zwingli, 1638, by Georg Schweigger: a note worthy artistic testimony to the Reformation, this medallion belongs to a series of medals the Nuremberg sculptor Georg Schweigger created in 1638 to commemorate the most influential personalities of the 16th century, among them Paracelsus, Philipp Melanchton, Erasmus of Rotterdam, Martin Luther and John Calvin. It has long been conjectured that Schweigger dedicated a medal to Zwingli too, which is now a proven fact in view of this outstanding bronze artwork’s discovery. Georg Laue, Kunstkammer Ltd.

Saint John the Baptist by Benedetto Grazzini, best known as Benedetto da Rovezzano (1474–c. 1552), an Italian architect and sculptor who worked mostly in Florence: born in Pistoia in 1474, he adopted the name Rovezzano from the quarter of Florence in which he lived. The Florentine master’s sculptures are incredibly rare and highly prized. Colnaghi.

A Vase of Spring and Summer Flowers by Simon Pietersz Verelst (1644–1710), the Dutch Golden Age painter, who came to London in 1669 where he caught the eye of the Duke of Buckingham and other aristocratic patrons.The diarist Samuel Pepys was fascinated by a picture he saw in Verelst’s studio. Pepys records a visit on 11th April 1669, to “a Dutchman newly come over, one Everelst, who took us to his lodgings close by and did show us a little flower–pott of his doing, the finest thing that ever I think I saw in my life –the drops of Dew hanging on the leaves, so as I was forced again and again to put my finger to it to feel whether my eyes were deceived or no. He doth ask £70 for it; I had the vanity to bid him £20 –but a better picture I never saw in my whole life, and it is worth going twenty miles to see.“ Later Verelst developed delusions of grandeur and went around calling himself “The God of Flowers”. Eventually the poor man went mad and died in poverty. Johnny van Haeften. 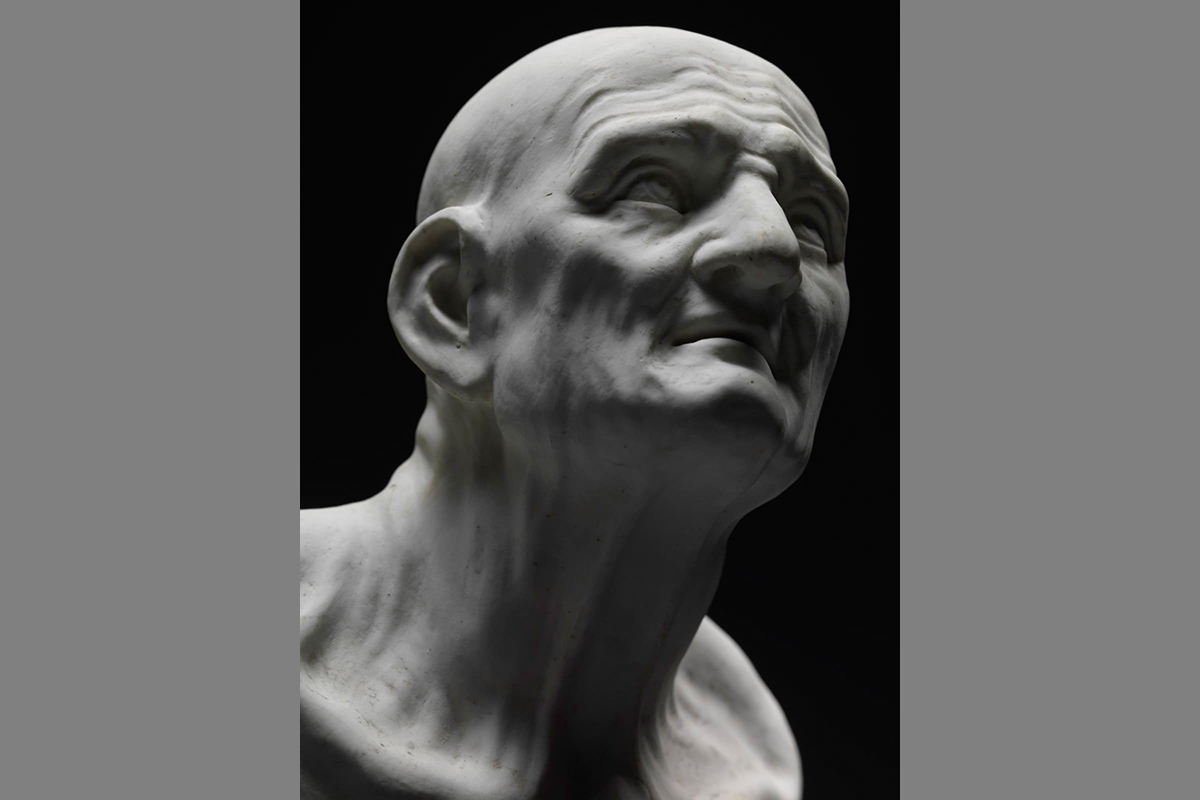 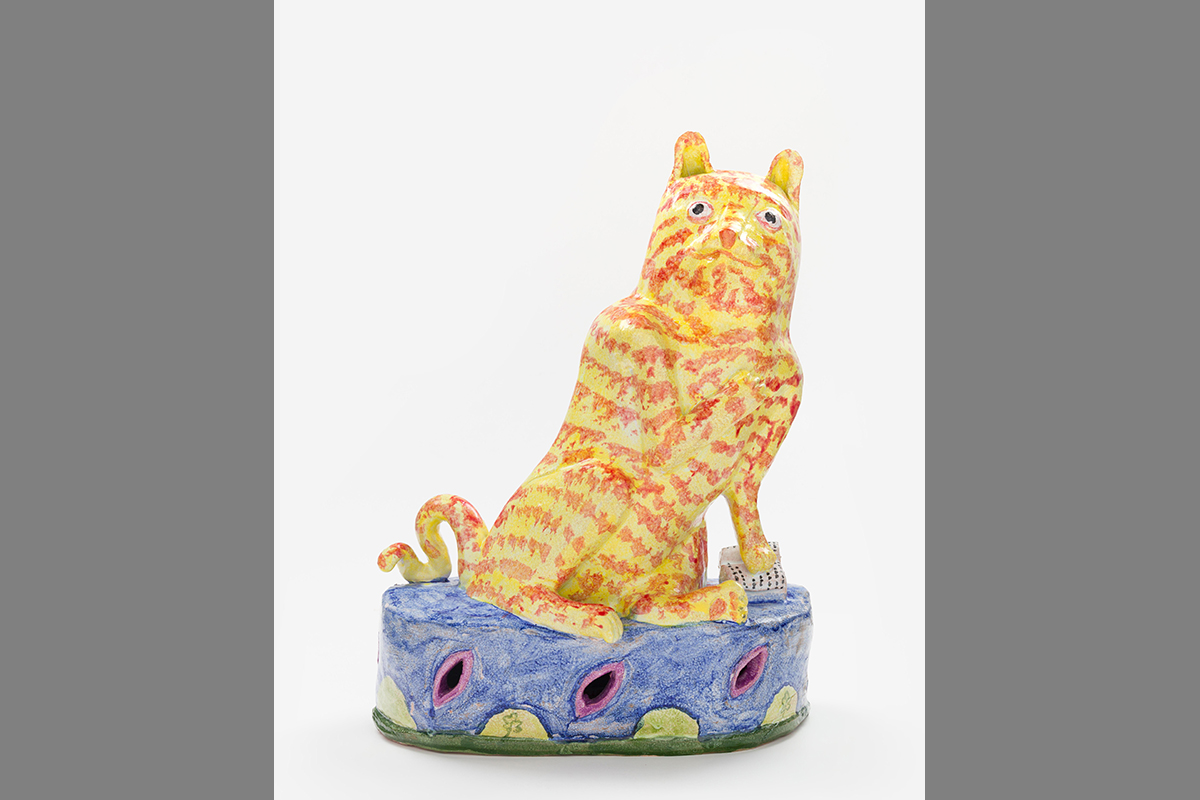 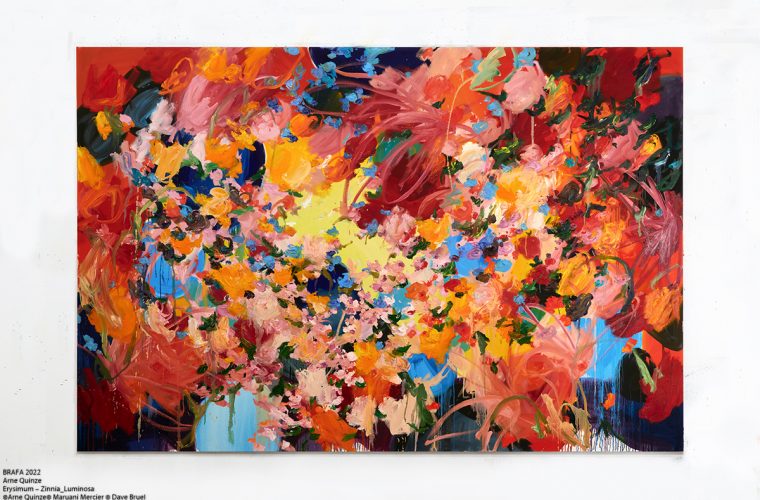 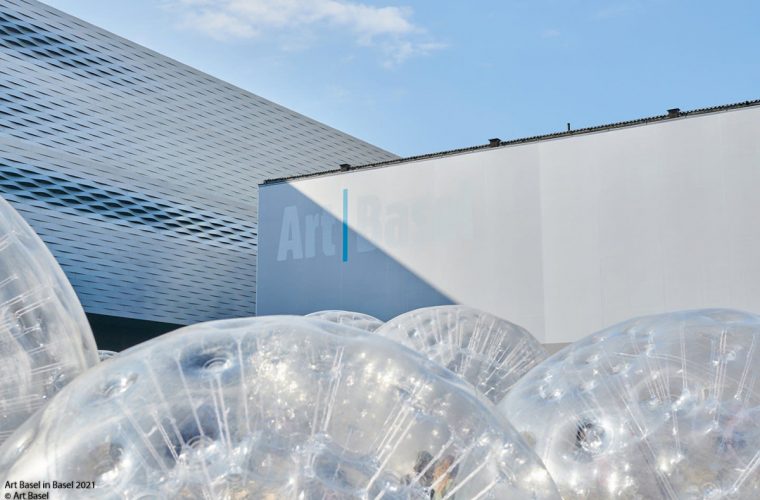 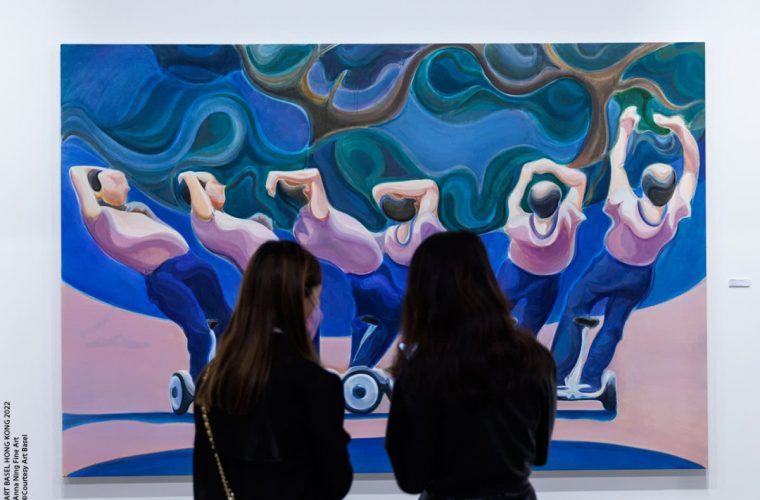