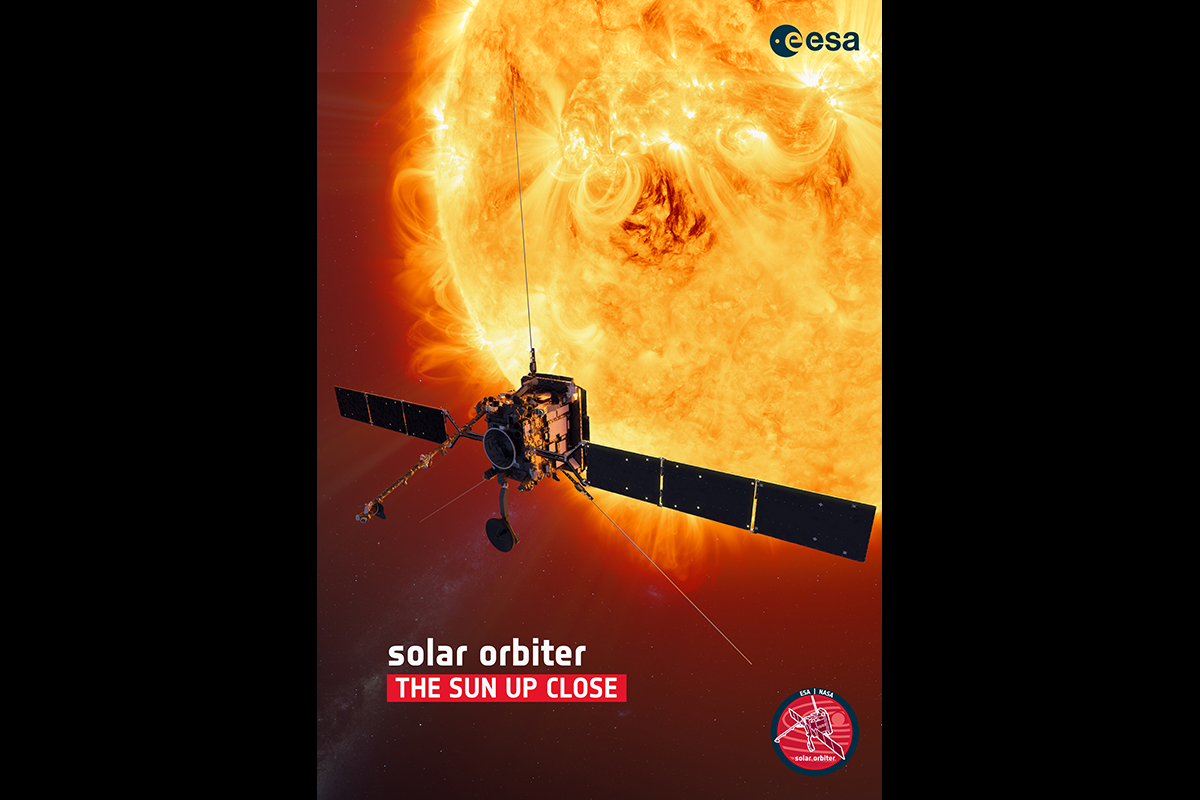 THE SUN SO NEAR!

ESA’s new Sun-exploring mission, Solar Orbiter, is set for launch at 04:03 GMT (05:03 CET) on Monday 10 February 2020. The sophisticated spacecraft, equipped with a set of instruments for imaging the surface of our parent star and measuring the properties of the environment in its vicinity, will make a closer approach to the Sun than any European satellite before. 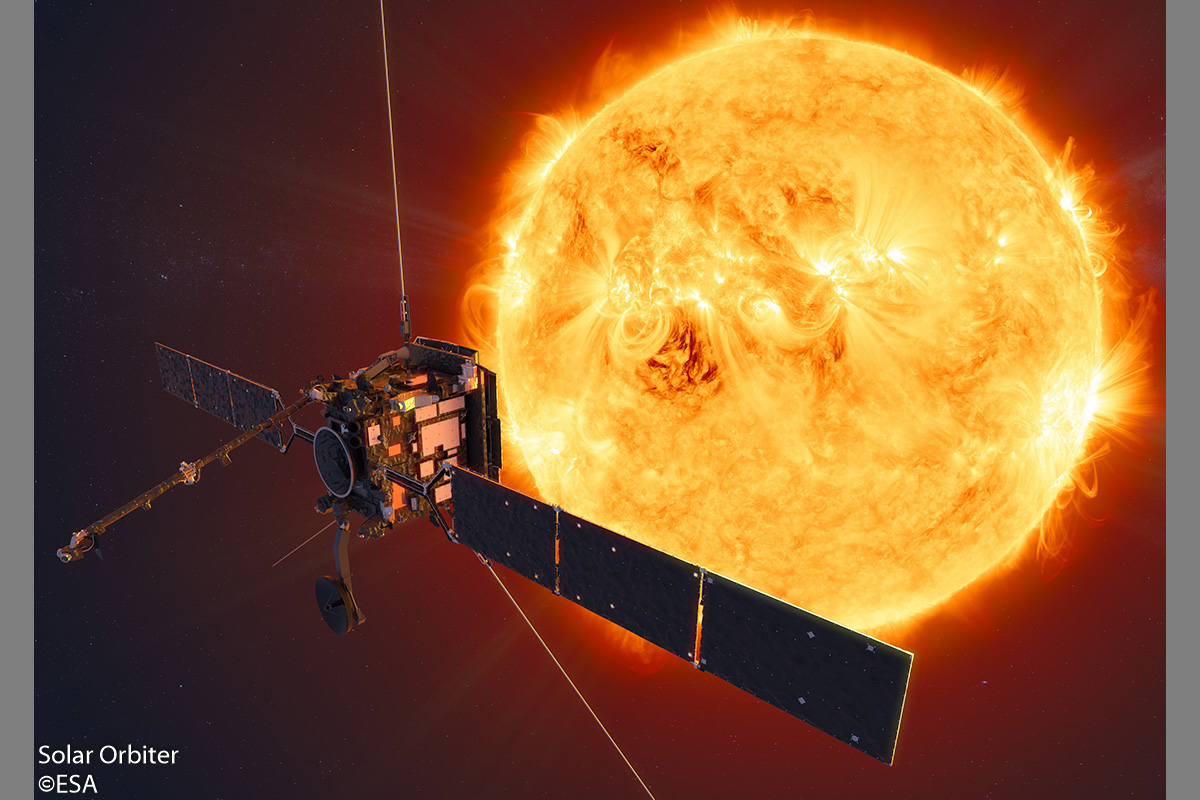 Solar Orbiter, an ESA-led mission with strong NASA participation, is to perform unprecedented close-up observations of the Sun and from high-latitudes, providing the first images of the uncharted polar regions of the Sun, and investigating the Sun-Earth connection.

The spacecraft carries 10 state-of-the-art instruments. Remote sensing payloads will perform high-resolution imaging of the Sun’s atmosphere – the corona – as well as the solar disc. Other instruments will measure the solar wind and the solar magnetic fields in the vicinity of the orbiter. This will provide unprecedented insight into how our parent star works in terms of the 11-year solar cycle, and how we can better predict periods of stormy space weather. 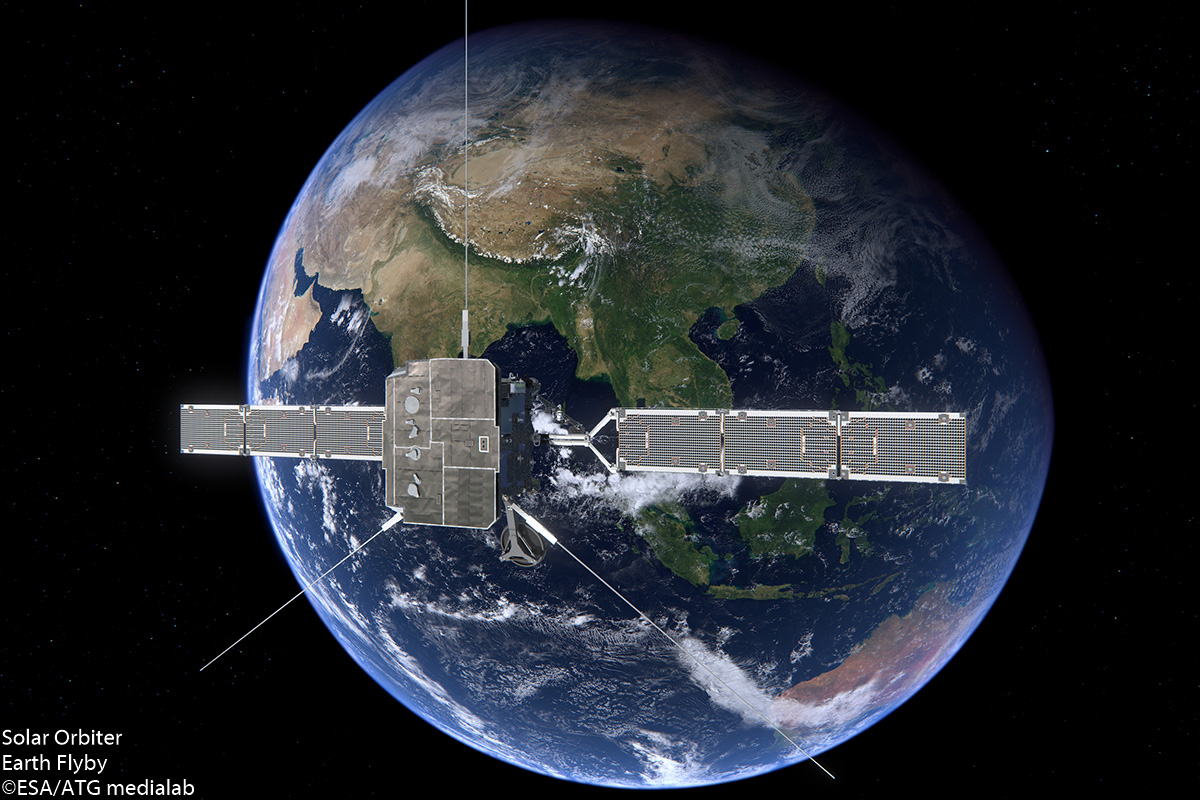 Solar Orbiter will take just under two years to reach its initial operational orbit, taking advantage of gravity-assist flybys of Earth and Venus to enter a highly elliptical orbit around the Sun.

Over the course of its mission, the spacecraft will use the gravity of Venus to slingshot it out of the plane of the Solar System, giving us new perspectives on our parent star. It will follow an elliptical orbit around the Sun, passing within the orbit of Mercury at its closest. Cutting-edge heatshield technology will ensure the spacecraft’s scientific instruments are protected as they face up to 13 times the heating of satellites in Earth orbit. 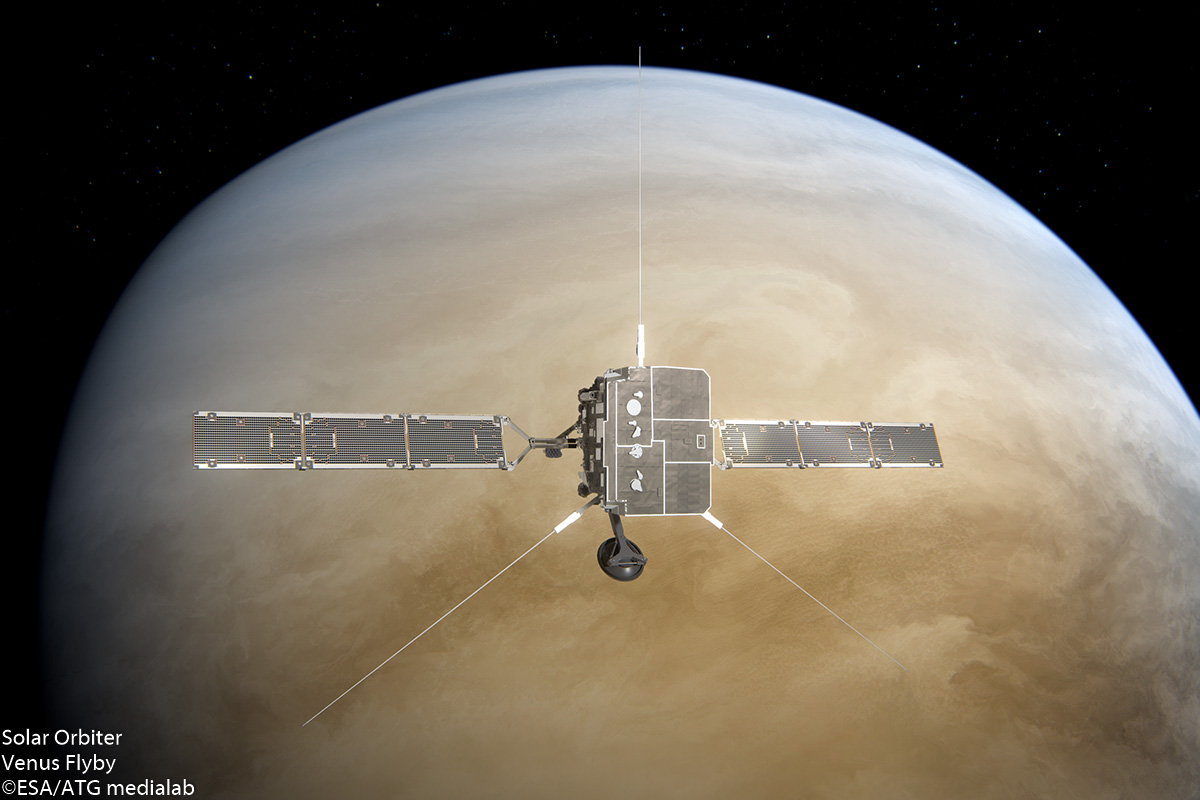 Solar Orbiter follows in the legacy of missions such as Ulysses (1990-2009) and SOHO (1995-present) and will also provide complementary datasets to NASA’s Parker Solar Probe that will allow more science to be distilled from the two missions than either could achieve on their own. 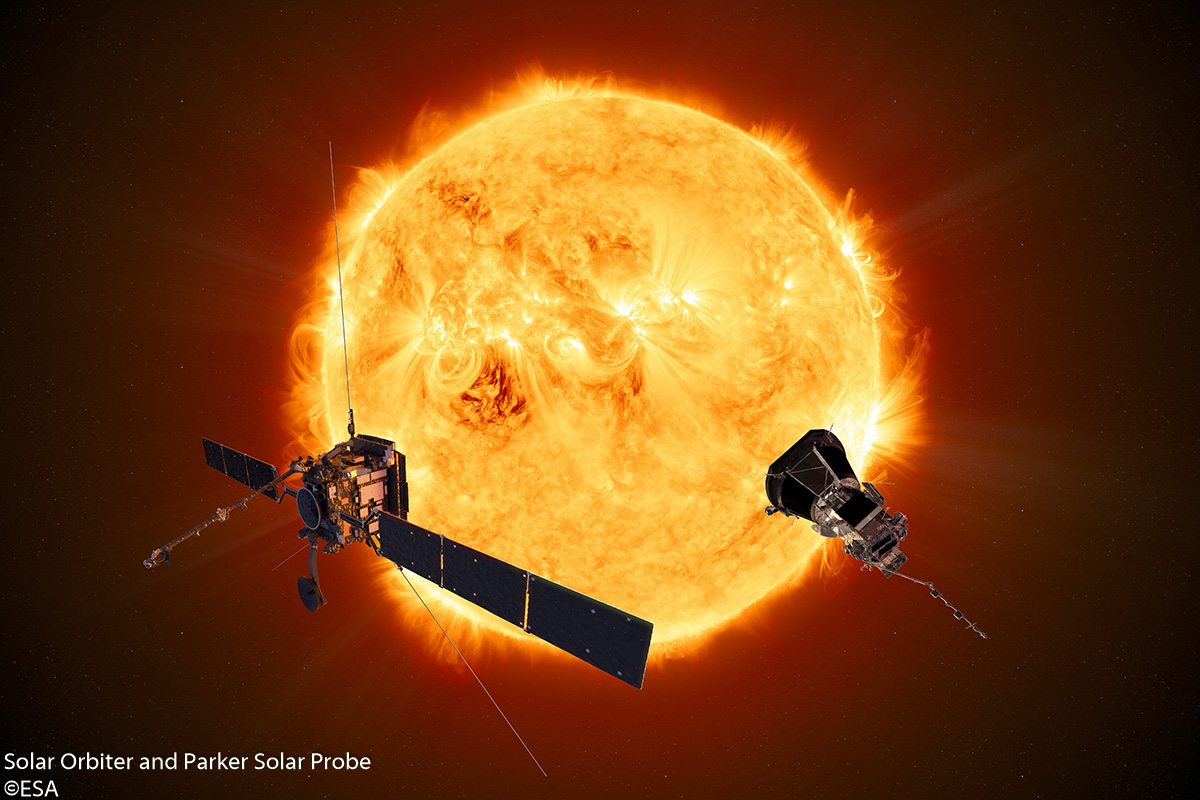 Solar Orbiter will address big questions in space science to help us understand how our star creates and controls the giant bubble of plasma – the heliosphere – that surrounds the whole Solar System and influences the planets within it. It will concentrate on four main areas of investigation; very broadly: 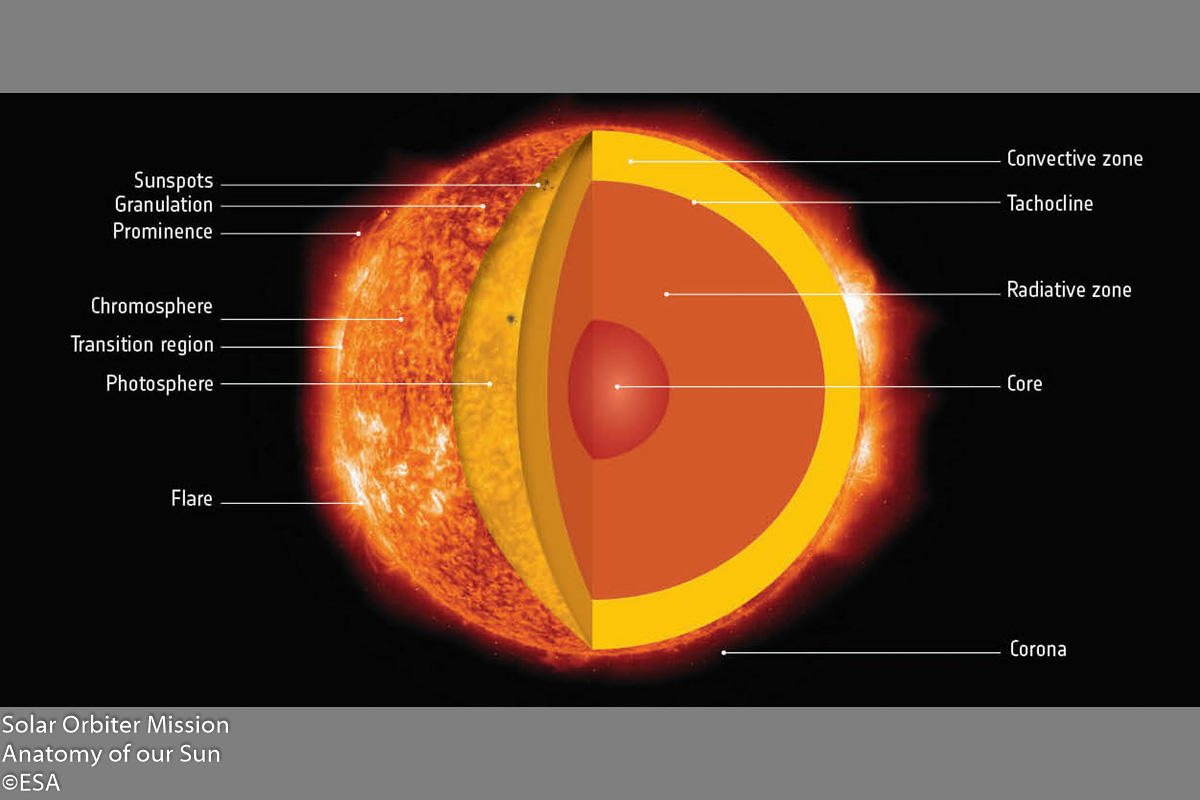 • Solar wind: What drives the solar wind and the acceleration of solar wind particles?

• Space weather: How do sudden events like flares and coronal mass ejections impact the Solar System, and how do solar eruptions produce the energetic particles that lead to extreme space weather at Earth? 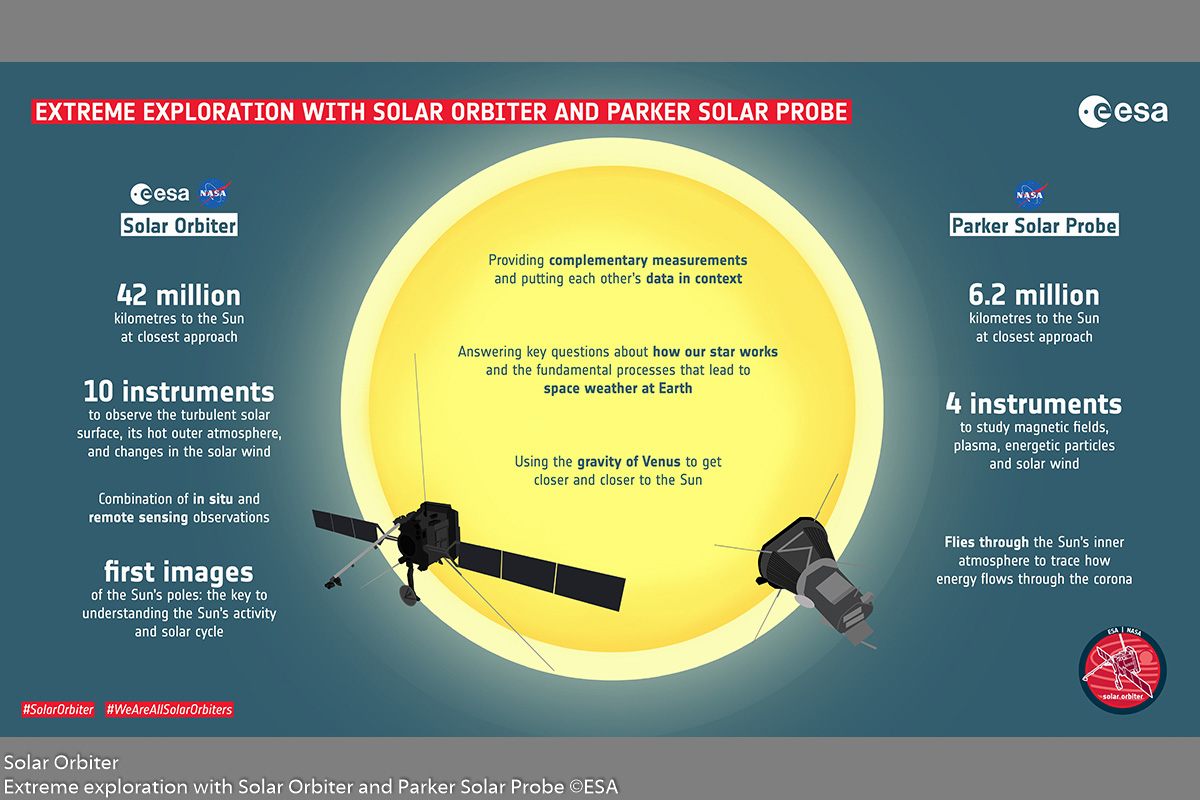 Solar Orbiter must operate for years in one of the most hostile regions of the Solar System. At closest approach, approximately 42 million kilometres from the Sun, it will be at just over a quarter of the distance between the star and our planet, well inside the orbit of inner planet Mercury. This close to the Sun, the spacecraft will be exposed to sunlight 13 times more intense than what we feel on Earth. The spacecraft must also endure powerful bursts of particle radiation from explosions in the solar atmosphere. The spacecraft’s heatshield is key to making this mission possible, which can withstand temperatures of 500 ̊C. Small sliding doors with heat resistant windows let sunlight in to the science instruments located directly behind the protective heatshield. 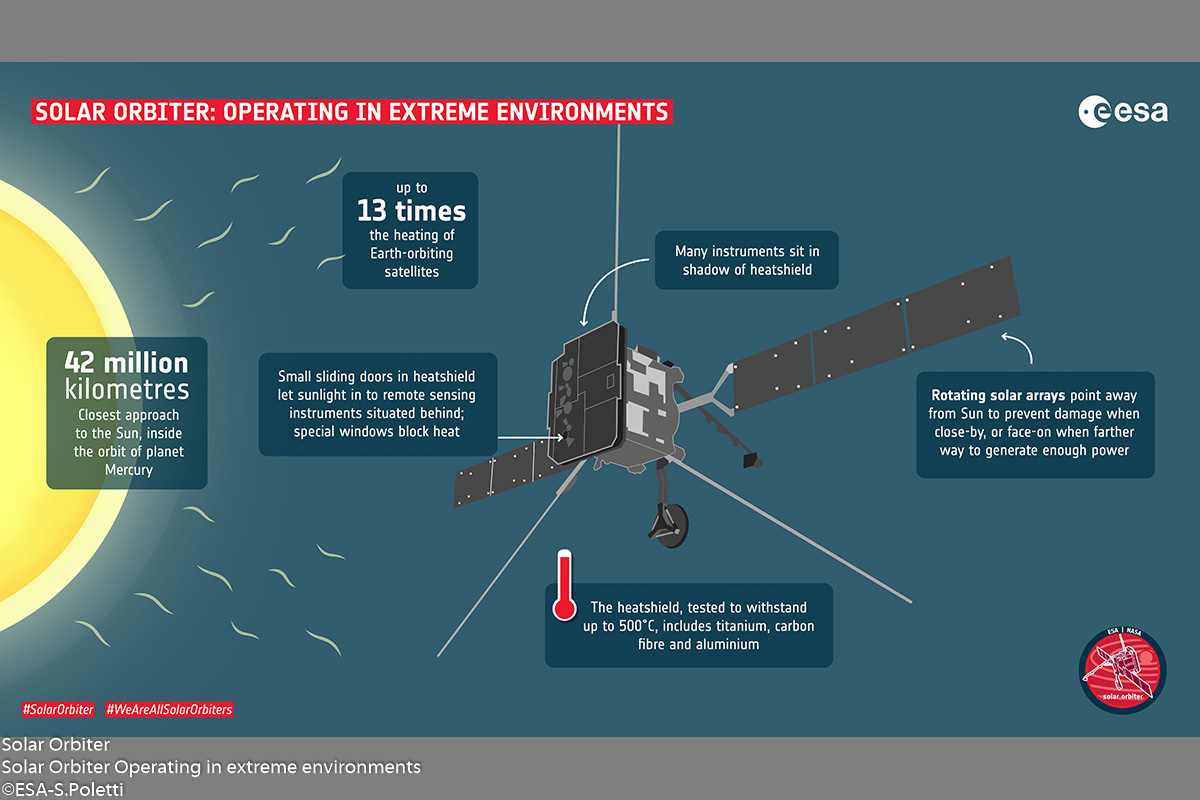 Operations Solar Orbiter will communicate with Earth via ESA’s deep space tracking network, ESTRACK. All operations are conducted by the European Space Operations Centre (ESOC) in Darmstadt, Germany. The Science Operations Centre located at ESA’s European Space Astronomy Centre, ESAC, in Villanueva de la Cañada, Spain, will be responsible for science operations planning, and for archiving the mission’s data for scientists to use. 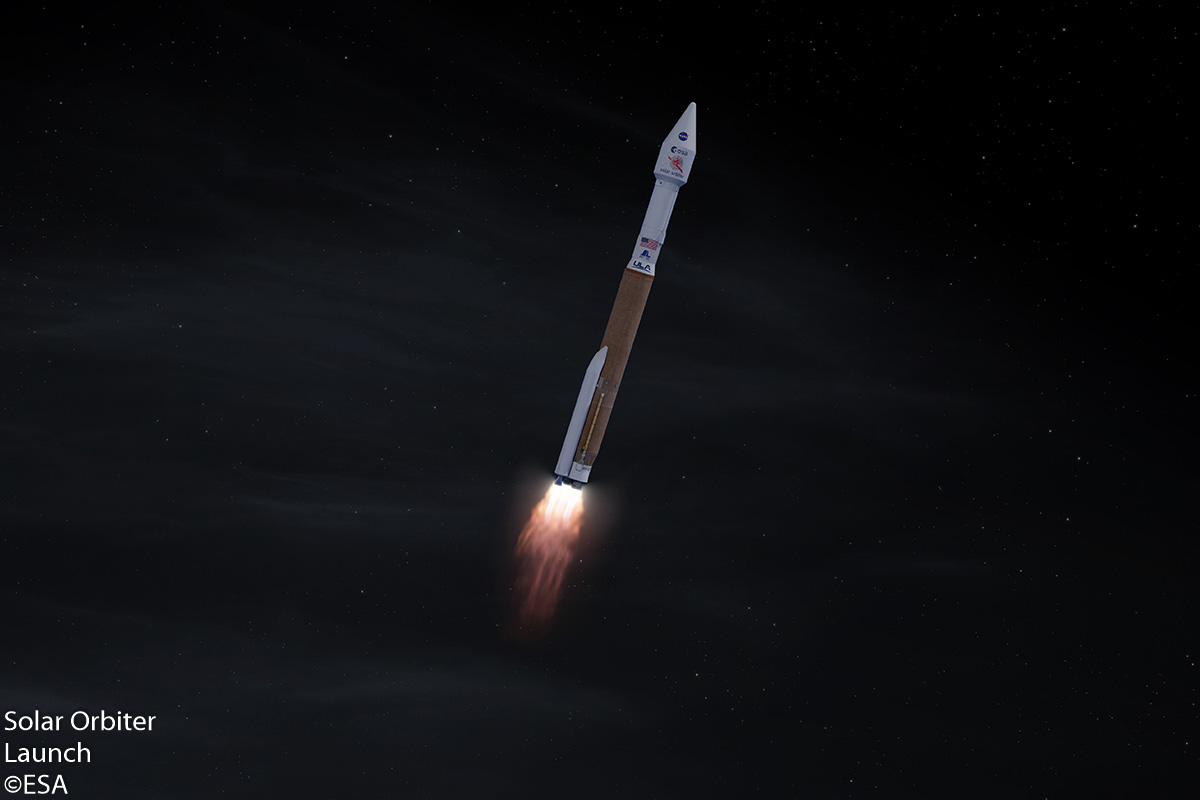 Solar Orbiter is a space mission of international collaboration between ESA and NASA. The spacecraft has been developed by Airbus. Numerous industrial partners and scientific institutesacross ESA Member States and the US have contributed to the construction of the spacecraft and the scientific instruments. 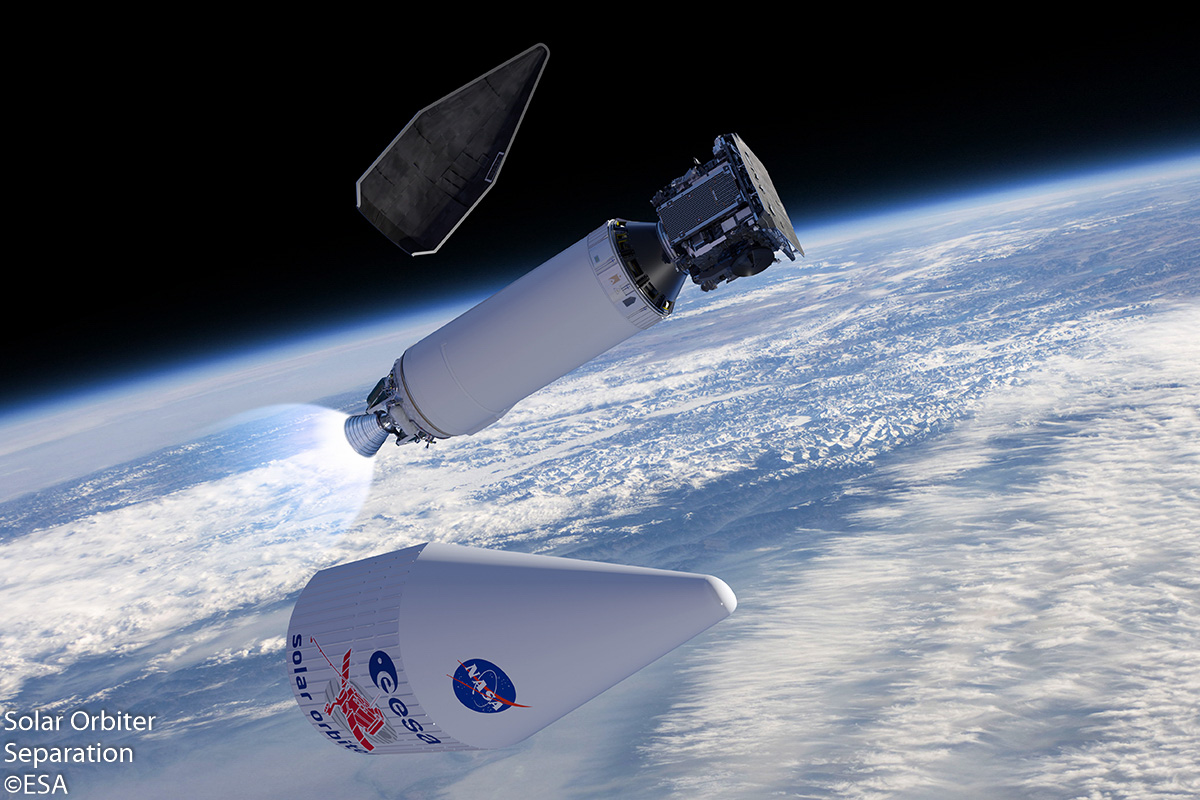 Solar Orbiter will separate from the rocket about 53 minutes after launch and is expected to send its first signal to the ground shortly thereafter. The signal acquisition will be announced from the European Space Operations Centre (ESOC), in Darmstadt, Germany, which will operate the entire mission. 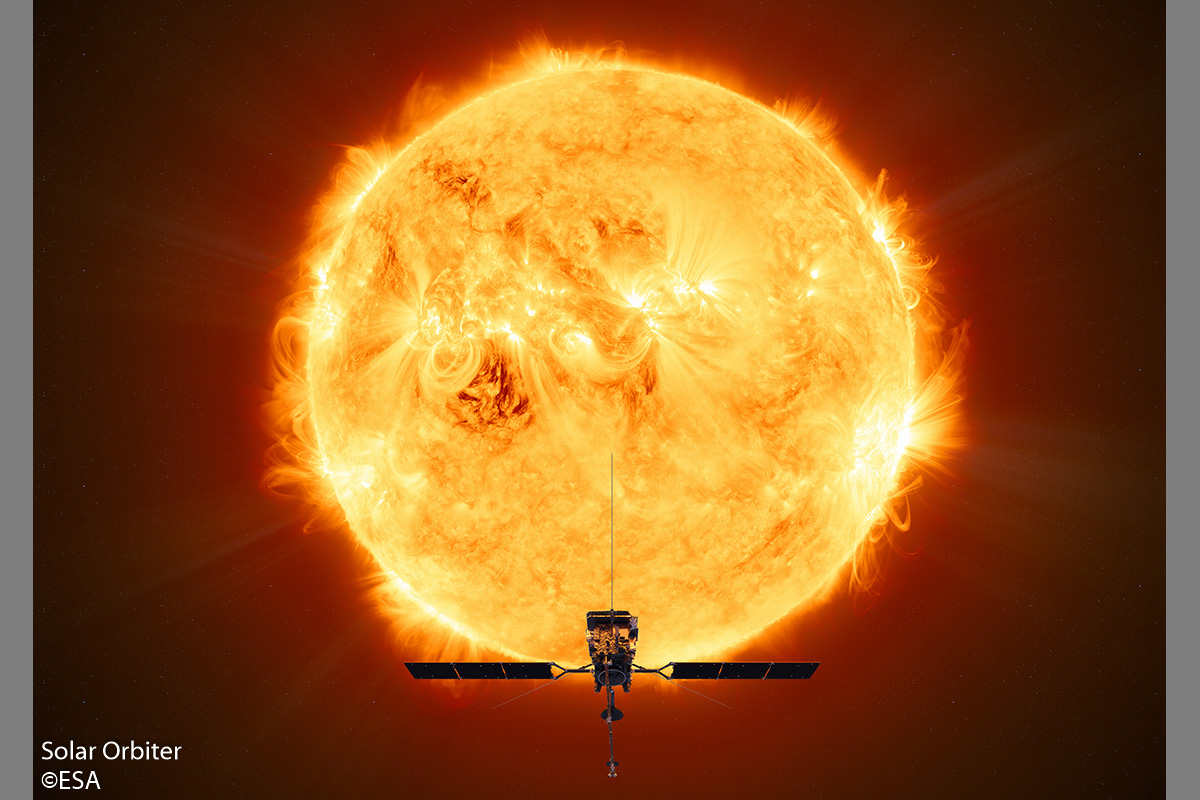