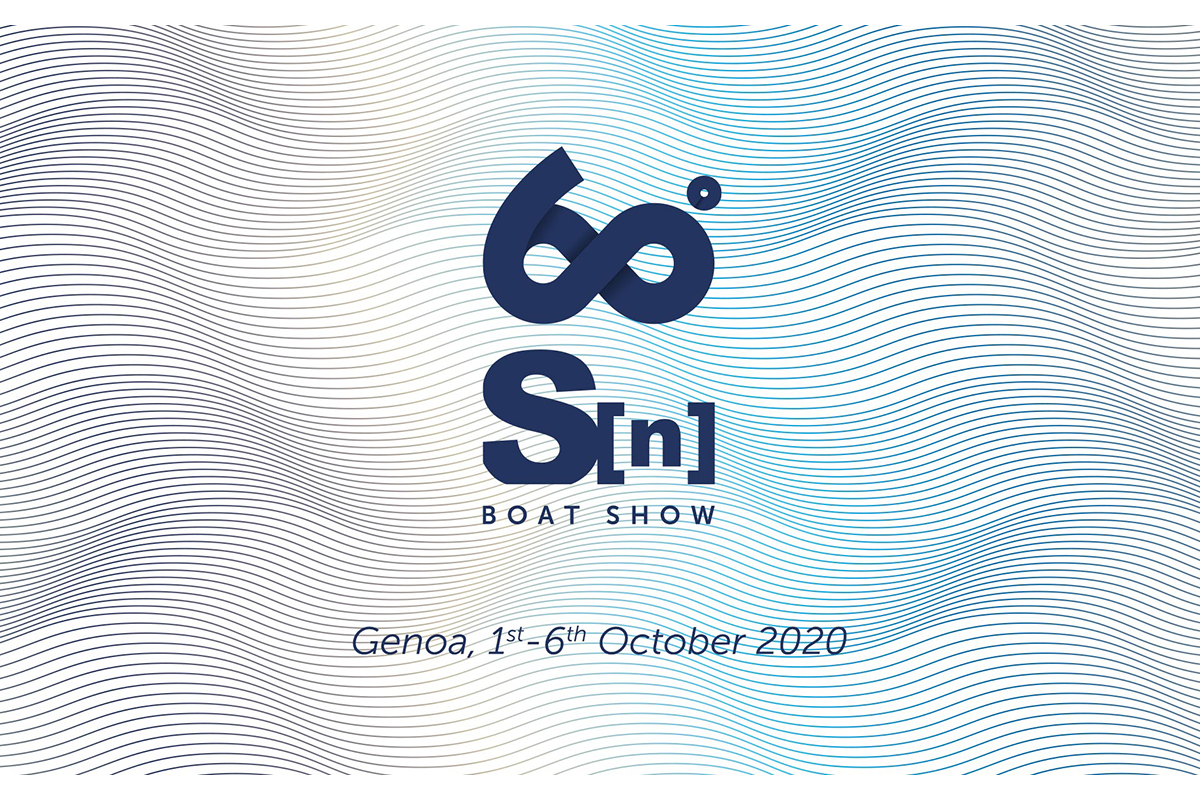 A SYMBOL OF ITALY’S DRIVE TO NEVER STAY STILL 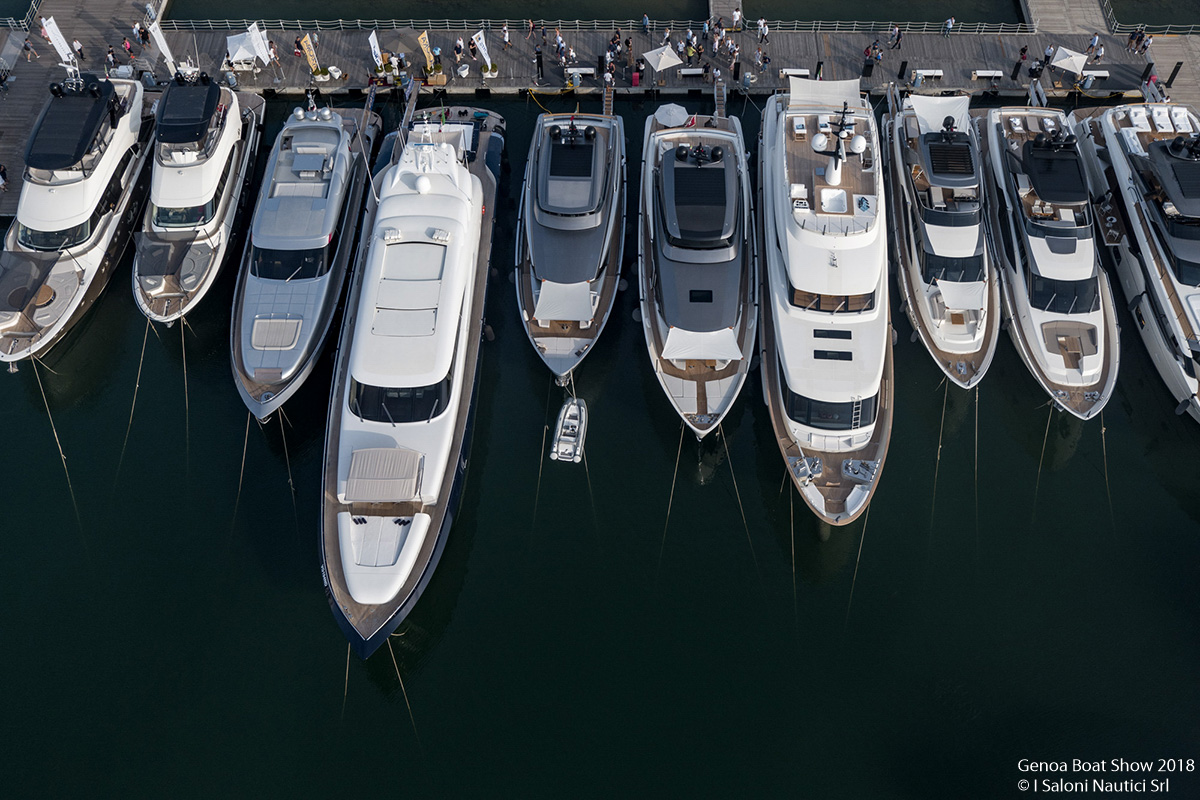 The 60th edition of the Genoa International Boat Show, scheduled to take place from 1st to 6thOctober 2020, on the shores of Genoa, the Ligurian capital, where, just like every year, it will welcome industry professionals and boating enthusiasts alike to experience the very best the industry has to offer.

I Saloni Nautici, the company that, under the Italian Marine Industry Association, organises the Boat Show, has overcome never before seen hurdles, opting to implement even stricter measures than those listedin the various Decrees issued by the President of the Italian Cabinet of Ministers and in the guidelines provided by the World Health Organisation. 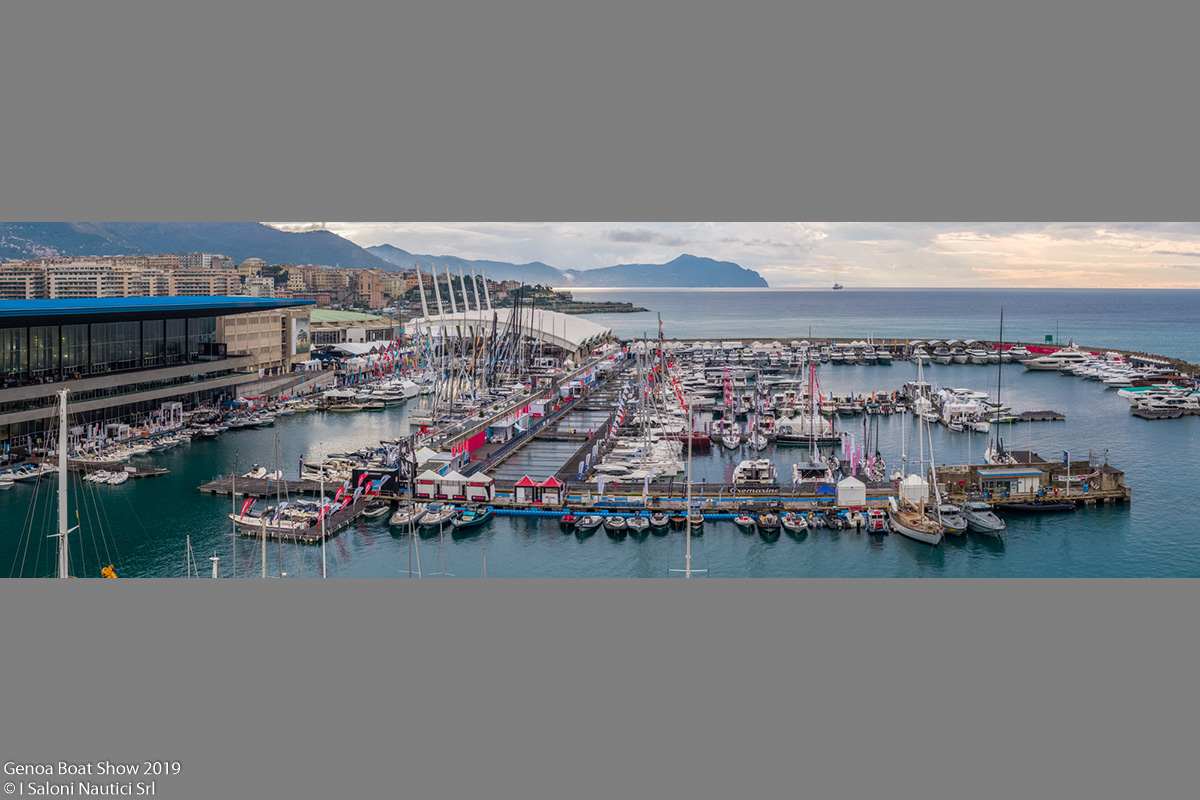 The 2020 edition of the Genoa International Boat Show will see the implementation of a key plan of action aimed at creating a flexible layout that can adapt to a variety of scenarios. This format will allow for the highest standards of health and safety when it comesto organising and managing the event itself and accommodating the Show’s visitors and exhibitors. Supporting the organising bodies in this endeavour will be aTask Forcemade up of experts in engineering and legal practice, coordinated by Prof. Lorenzo Cuocolo, tenured professor of Comparative Law at the University of Genoa, Professor of Public Law at Bocconi University, lawyer with rights of practice before the Supreme Court of Cassation and also member of the Covid-19 Emergency Task Force for the Liguria Region. Plans are already in place to ensure the best health and safety conditions are met without taking away from the event’s commercial importance, in line with the parameters defined by the WHO – World Health Organisation. This is only possible due to key innovations in relation to logistics, remote management and controlled access, all within an entirely new vision based on the large open-air spaces available which, unlike other Shows, only the Genoa International Boat Show has to offer. 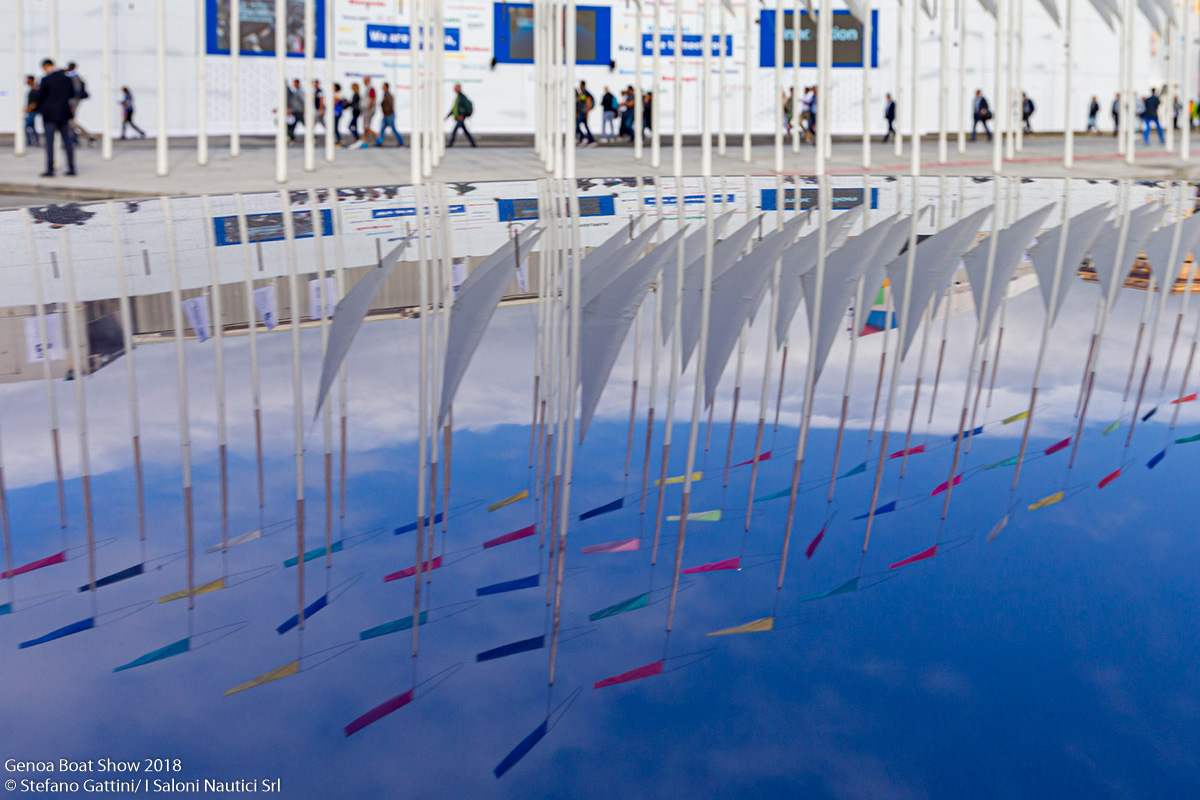 Among the measures put in place this year to ensure the highest standards of health and safetyis the availability of tickets exclusively online, with a preliminary indication on behalf of visitors with regards to which dates they will be visiting, broad-range cameras for screening temperatures prior to entering the Show, thermal scannersplaced at every entrance to measure temperatures individually and automatically. Two entry points, one on the Levante side at Piazzale Kennedy for the public and one on the Ponente side for exhibitors. The Boat Show’s layout this year, measuring a total of 200,000 square metres almost entirely outdoors, has been redesigned to allow for walkway widths of at least 4 to 6 metres, while also creating a variety of different routes. All of this combined with the design and implementation of new floating structuresfor exhibitor stands will make managing people flows much easier and much safer. The new carpark at the Piazzale Colombo Ferry Terminal, connected directly to the Genoa Boat Show by sea and the areas used on Piazzale Kennedy will also feature health and safety check points.

A revolutionary form of organisation that will create added value for future editions, the results of which can already be seen in the increase in international journalists and buyers who have already confirmed they will be taking part, flying in from 20 countries, via the international press tour organised in partnership with the Italian Trade Agency. 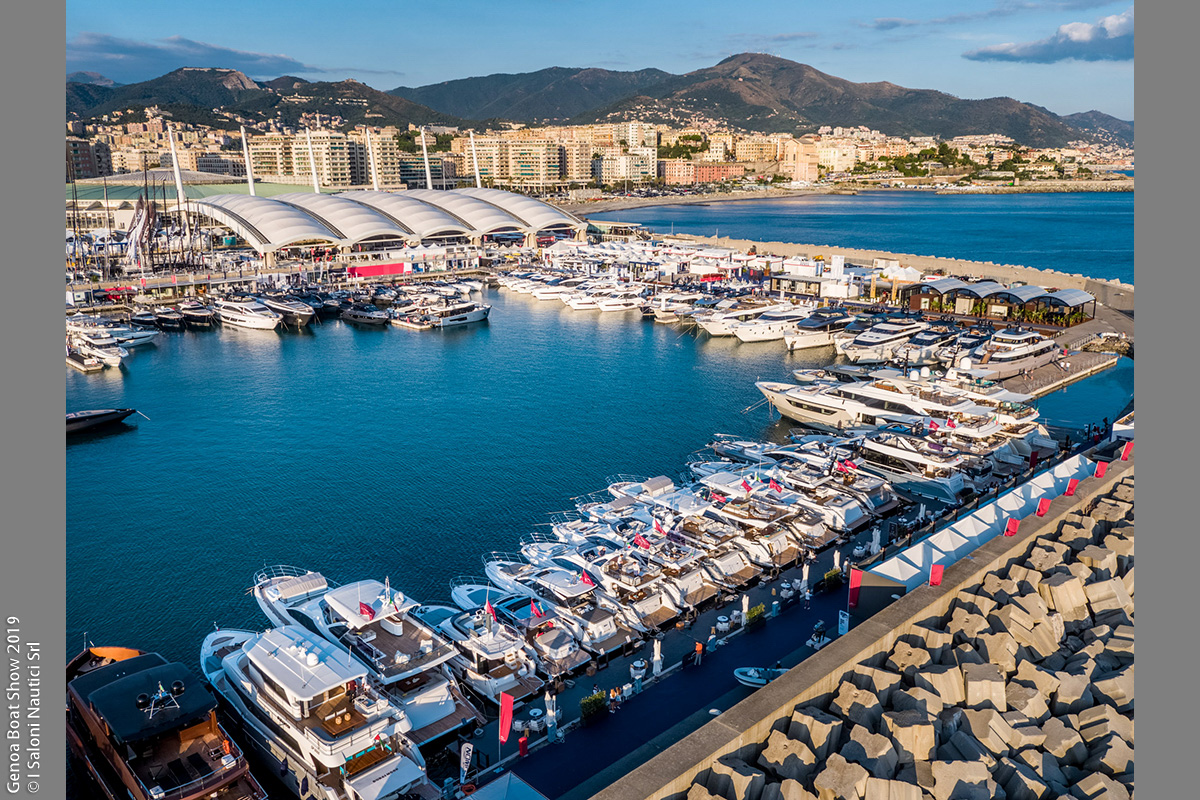 “It was clear from the start the level of responsibility an Association representing an entire industry has compared to an events organiser, which for the most part would have primarily focused on the inevitable rise in added costs.We never slowed down, never held back, committing all the additional resources we could to achieve our goal.The support of local institutions was crucial, who even in such a time of crisis proved they were capable combining their forces and know-how.Equally essential was the Government’s adoption of specific rules and regulations tailored to international events.”

“The complex build up to this year’s Genoa International Boat Show –continues the Association President –would not have been possible if it had not been for the industry’s businesses who believed in the event, and to whom I give my sincerest thanks for coming to Genoanot just to represent the very best the Made in Italy brand has to offer, but also to play an active role in relaunching our country’s economy and image.”

The 60th Genoa International Boat Show is a shining example of successful post-Covid project management,to which upcoming global event organisers will be able to look for inspiration, even beyond the world of yachting. The 10-year agreement, signed by Italy’s Marine Industry Association, the Liguria Region and the Cityof Genoa, makes the Boat Show even more central in acknowledging the importance of the Association’s role in organising the number one event for the industry in a city that welcomes it every year, where the Boat Show creates an income of over 60 million euros. 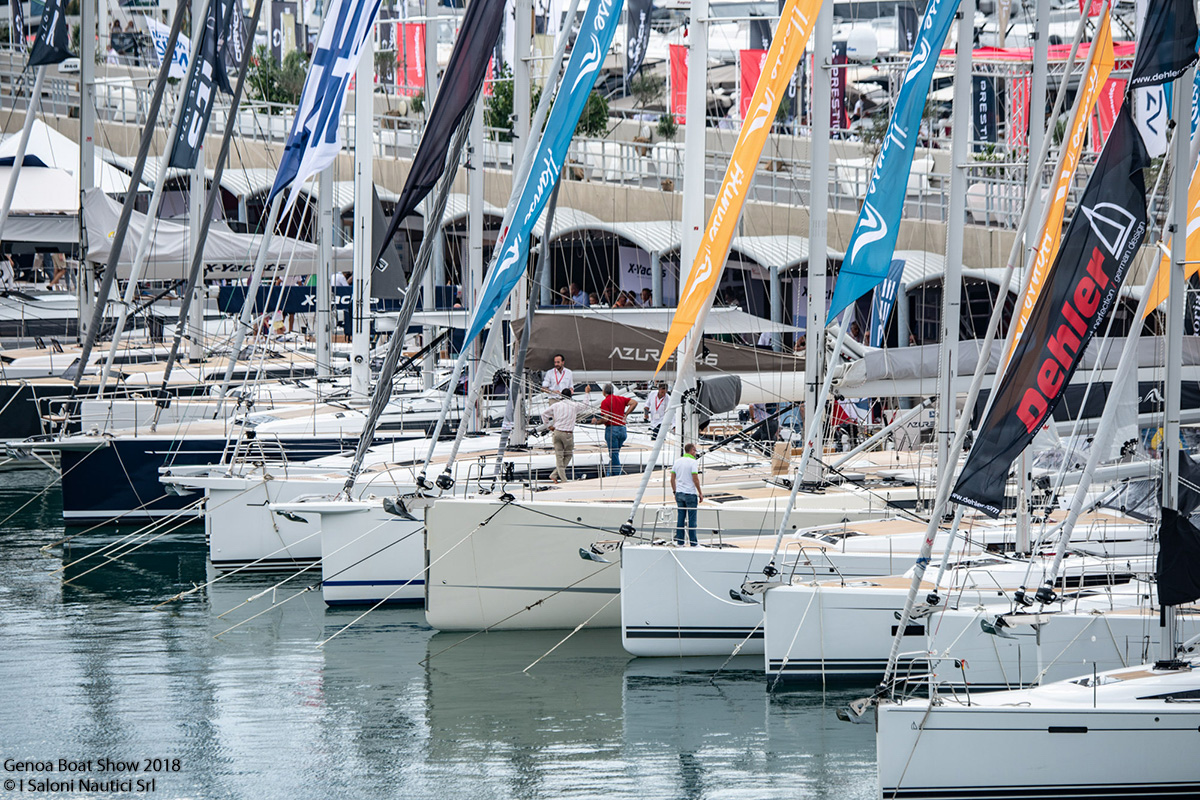 And the Catamaran Hub. will be just as crowded with a number of world-class brands such as Bali, Fountaine Pajot, Lagoon, Leopard and Nautitech.

Superboats will be under the spotlight for the 60th edition this year with their own area. This up and coming segment will be represented by. Anvera, Magazzù, Pirelli and Sacs. 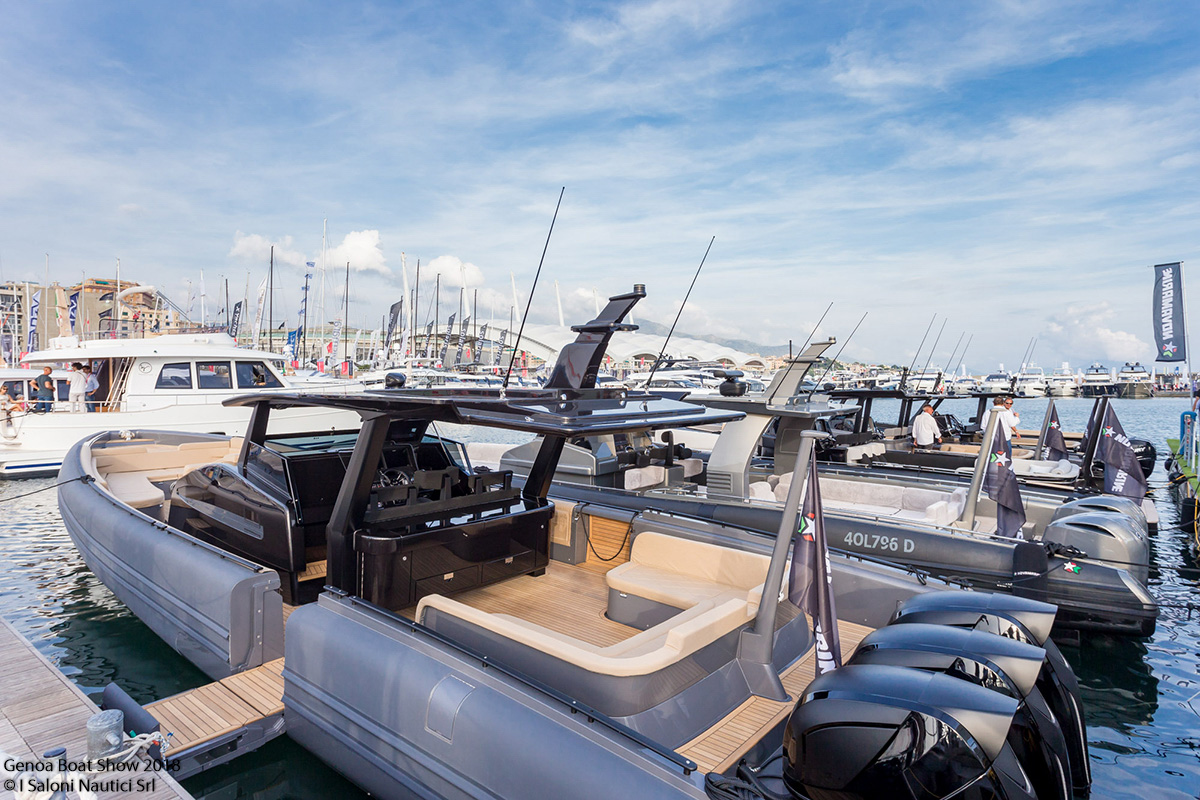 Outboards will also be making their appearance at the Boat Show with. Brunswick Marine, Selva, Suzuki and Yamaha.

A vast and exceptional selection from the world of components, equipment and services will also bepresent.

Flagships for Genoa2020 will be the SD126 from San lorenzo (37.95 metres) and for sailing, the Mylius 80 from Mylius Yachts measuring 25 metres in length. 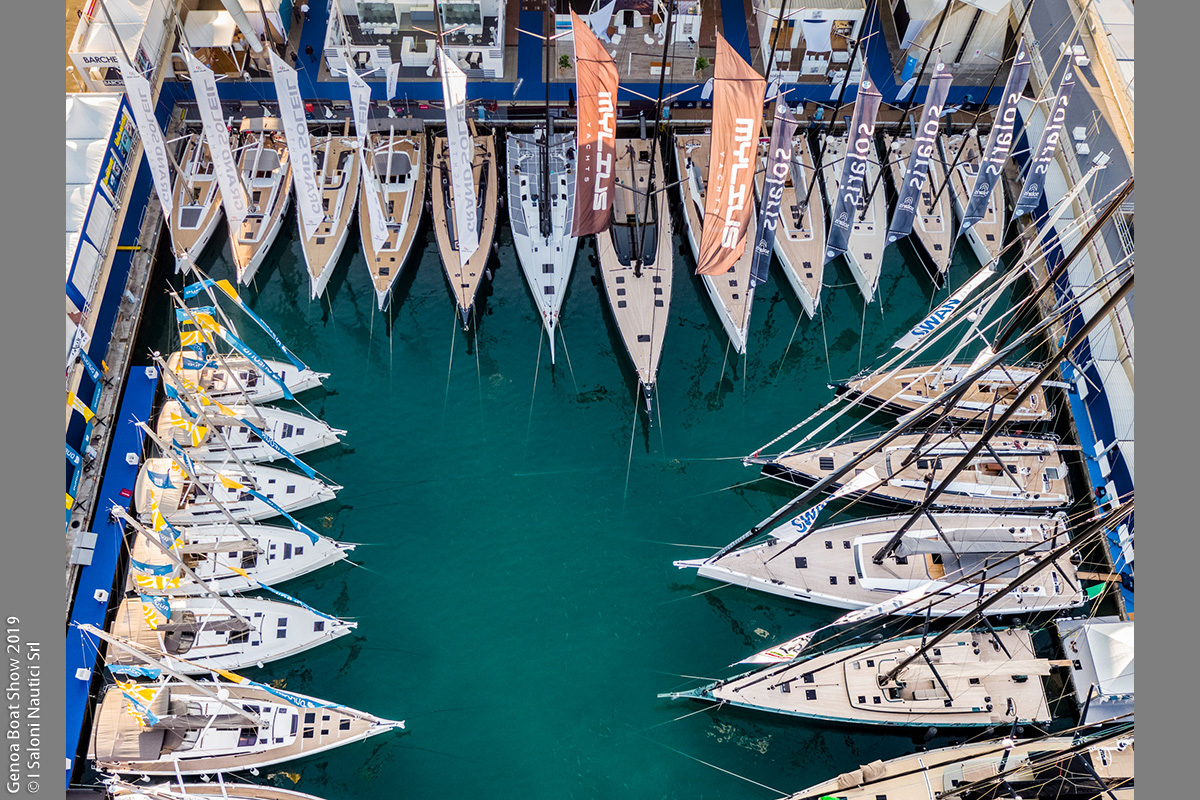 To celebrate the Genoa International Boat Show’s 60th anniversary, the support of the Italian Trade Agency has also allowed for the first ever Design Innovation Award, a prize that is awarded to 9 different categories, aimed at acknowledging the very best of design and innovation from among the exhibitors taking part in the Boat Show.This year will also see the traditional FORUM dedicated to institutional conferences, organised in collaboration with the Italian Marine Industry Association: the first event will take place in the morning of 2nd October with the unveiling of the Nautica in Cifre market data during the third edition of the Boating Economic Forecast. This will be followed by a full events calendar of technical seminars focused on what are currently the sector’s most pressing issues.

The Genoa International Boat Show will also mark the final step in yet another initiative promoted by the Italian Marine Industry Association and the Italian Trade Agency:

“In mid-July we launched our social media campaign “#back2boating”, in relation to a hashtag initiated by the international community that makes up ICOMIA–the International Council of Marine Industry Associations –explained the General Manager of the Italian Marine Industry Association, Marina Stella– in order to support the industry and promote nautical tourism and boating vacations, while also promoting our dream of a future inspired by safety and freedom, and we want to invite everyone to witness this dream becoming a reality at this year’s Genoa International Boat Show from 1st to 6th October. 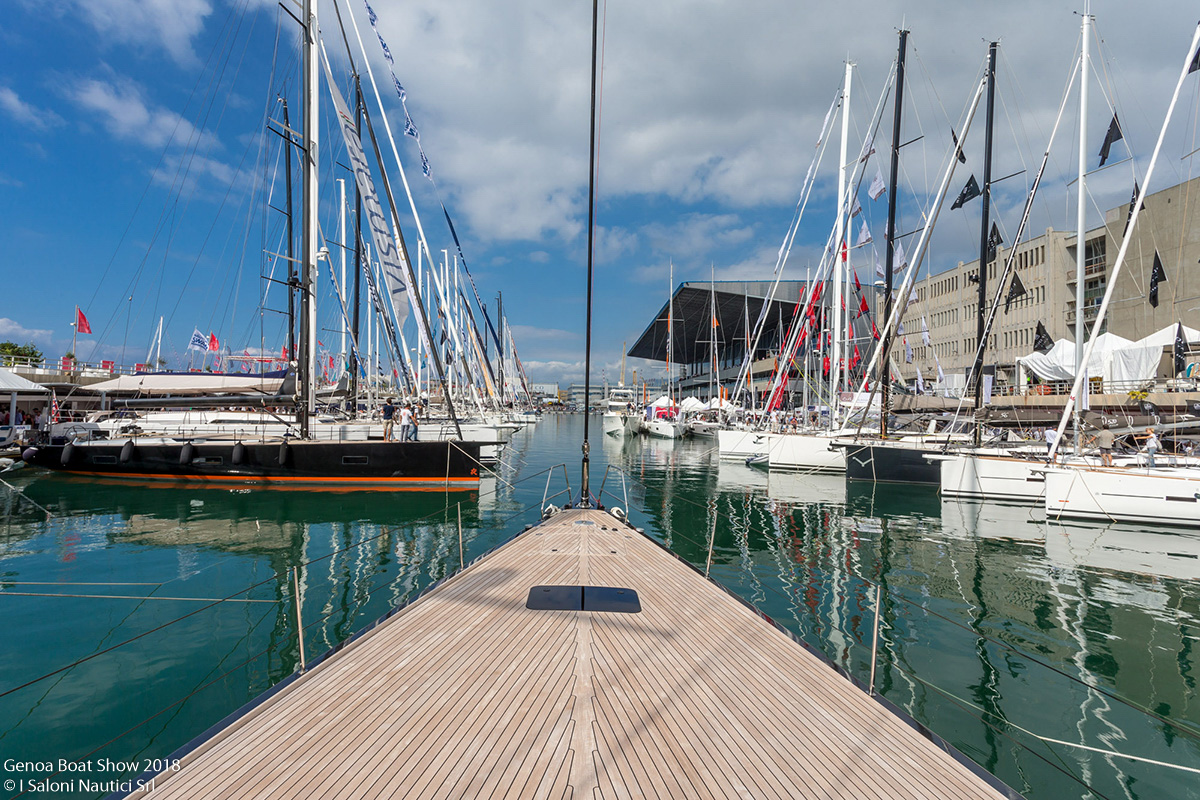 Only the very best from the sponsor side of the International Genoa Boat Show as well: BMW will be the Official Car of the event and BREITLING will be the Show’s Official Timepiece. The Swiss luxury watchmaker will also be creating a limited edition of their prestigious Superocean series, counting only 60 timepieces. Main sponsors include AXPO, GRUPPO BANCA CARIGE and FASTWEB, along with event sponsor SARA ASSICURAZIONI. Clothing partnerthis year will be SLAM.

GiPlanet, Euthalia Fragrances, Eataly, Emanceand S. Bernardo will be the Boat Show’s Technical Partners and Sponsors, carrying out key functions throughout the event, providing services tailored to visitors and exhibitors. Institutional Partners for the 60th Genoa International Boat Show will be the Italian Ministry for Foreign Affairs and International Cooperation, the Italian Trade Agency, the Genoa Municipality, The Ocean Race Genoa, Genoa’s Chamber of Commerce, and the Liguria Region. 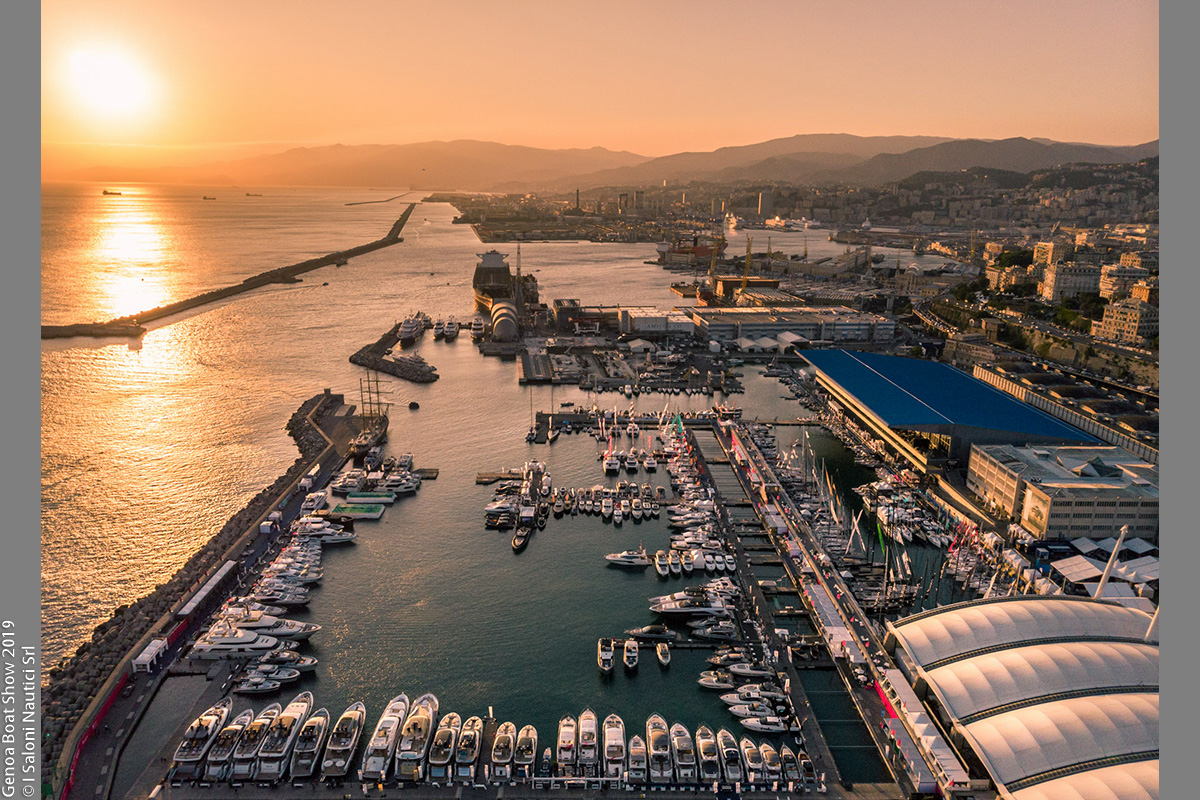