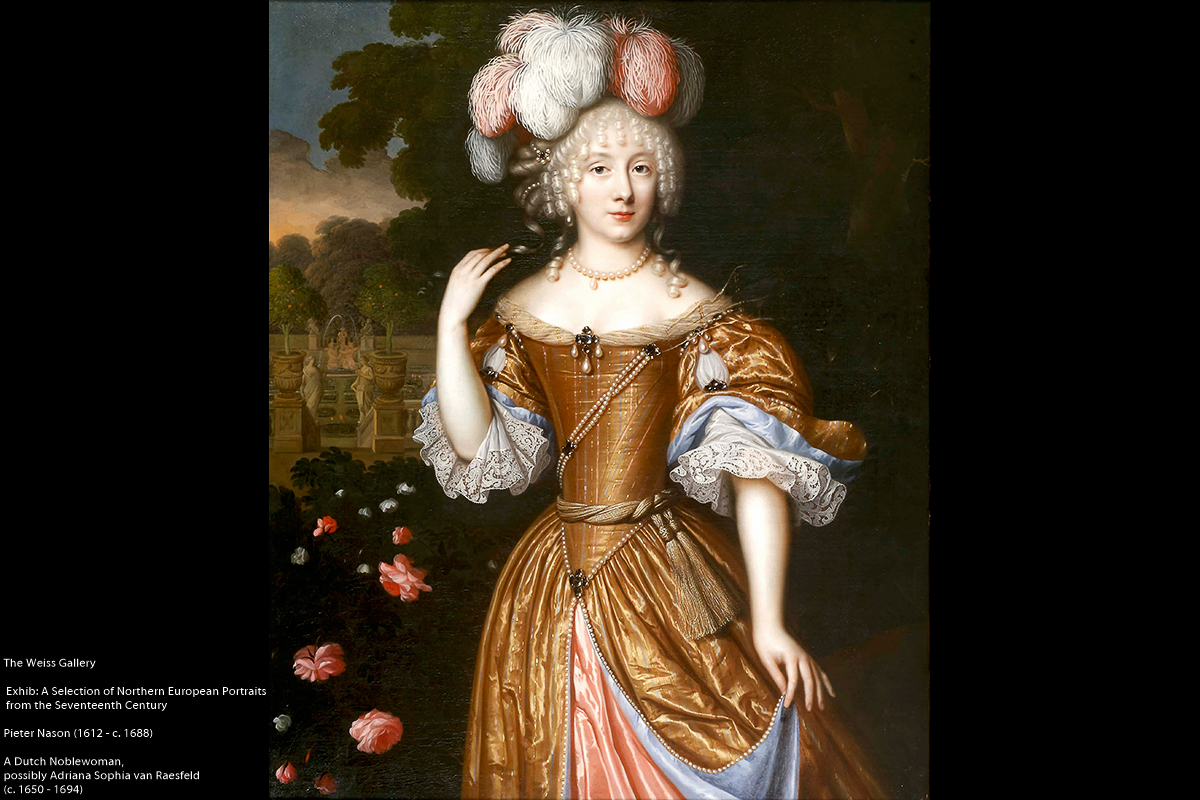 40 selling exhibitions and auctions across the West End 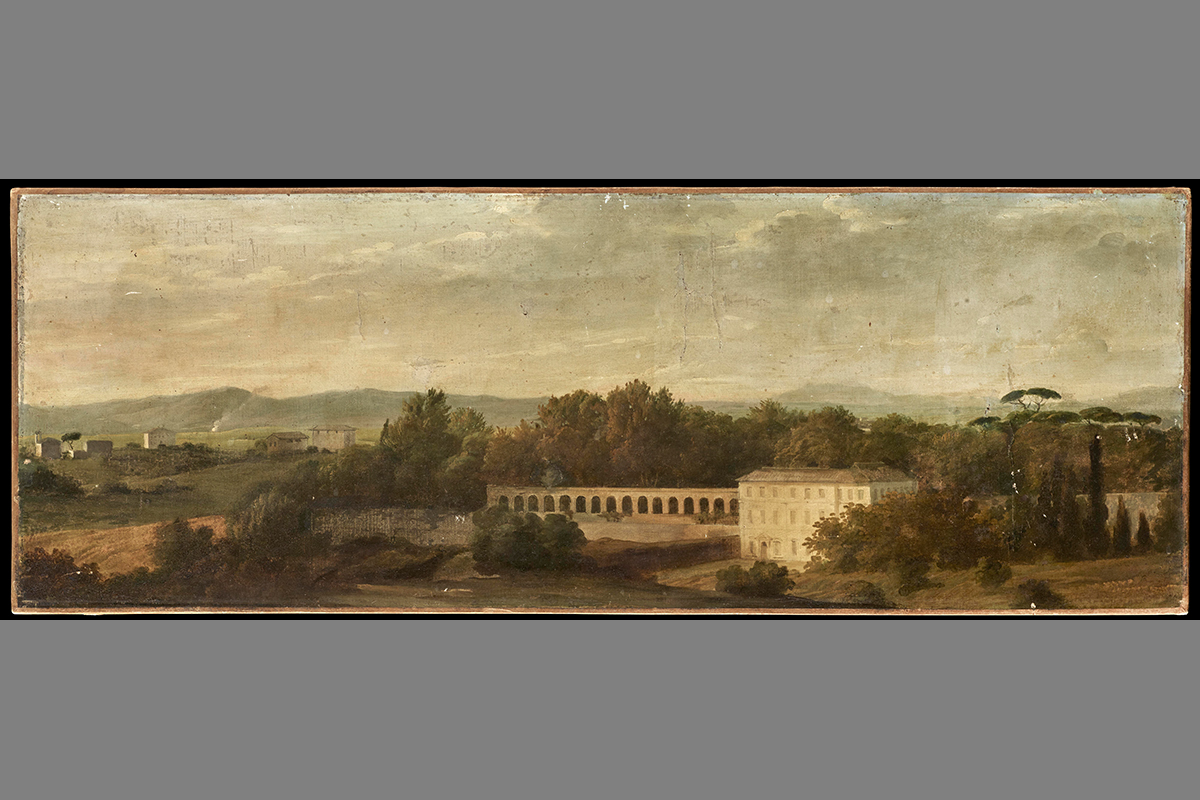 Bringing unknown or forgotten works and artists to public light is a significant aspect of the aims of a scholarly art dealer. Among the important discoveries and major artistic reassessments on show at London Art Week Winter, 3-10 December 2021, is an extremely rare and previously unpublished pen and black ink drawing by Albrecht Dürer (1471-1528).

This Winter’s London Art Week celebrates 40 exciting in-gallery and auction house exhibitions featuring works of art from ancient to modern with spectacular highlight works, and is accompanied by an enlightening programme of live and online talks, tours, and the third LAW Symposium. LAW Digital exhibits up to 10 works online from every participant, plus editorials and videos. Past talks can be viewed here too. www.londonartweek.co.uk 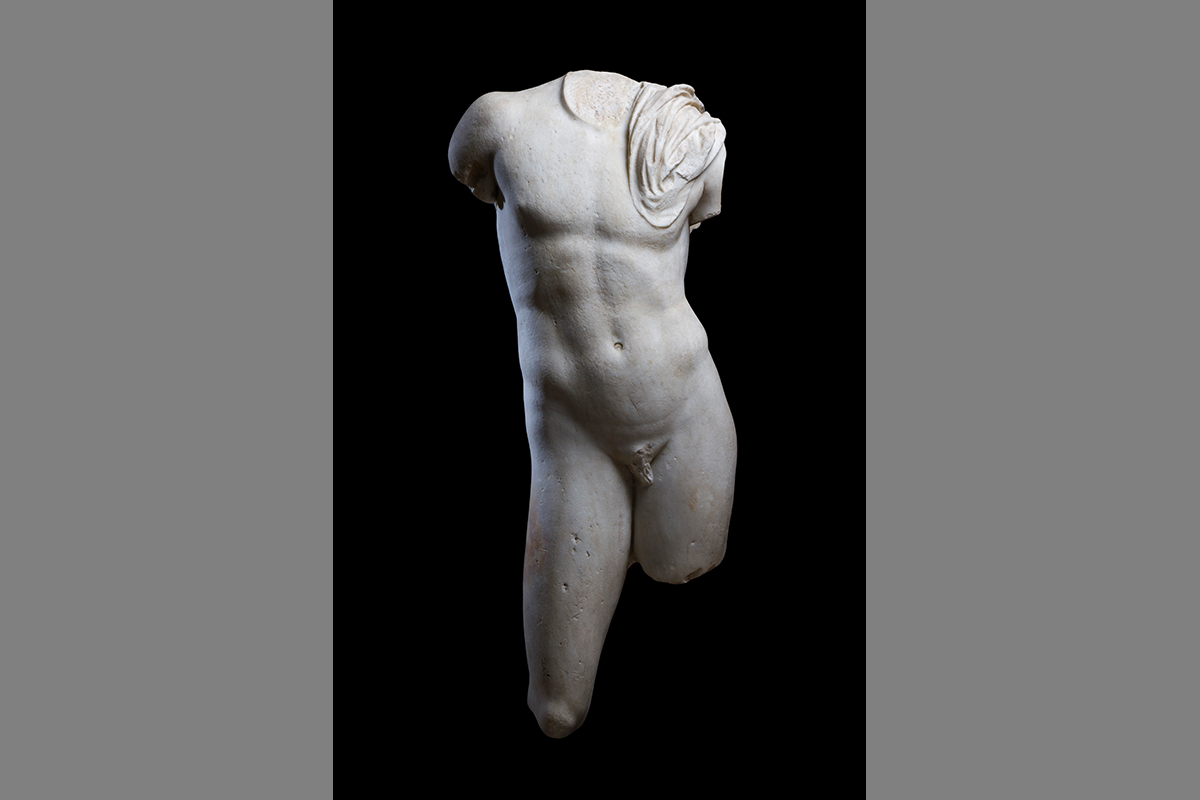 ● Dürer and his time at Agnews features the newly-discovered drawing as centrepiece and includes the only copper engraving plate by Dürer known to exist, on loan from a German museum

● Alberto Martini: Masks & Shadows at the Laocoon Gallery brings this illustrator and artist of late Italian decadentismo and symbolism, as well as the precursor of surrealism, back to life. (Works by Martini are also offered by Galleria Carlo Virgilio & C.)

● Ethel Gabain (1883-1950), one of the few artists to support themselves from the sale of lithographs in the early 20th century (at Abbott & Holder) 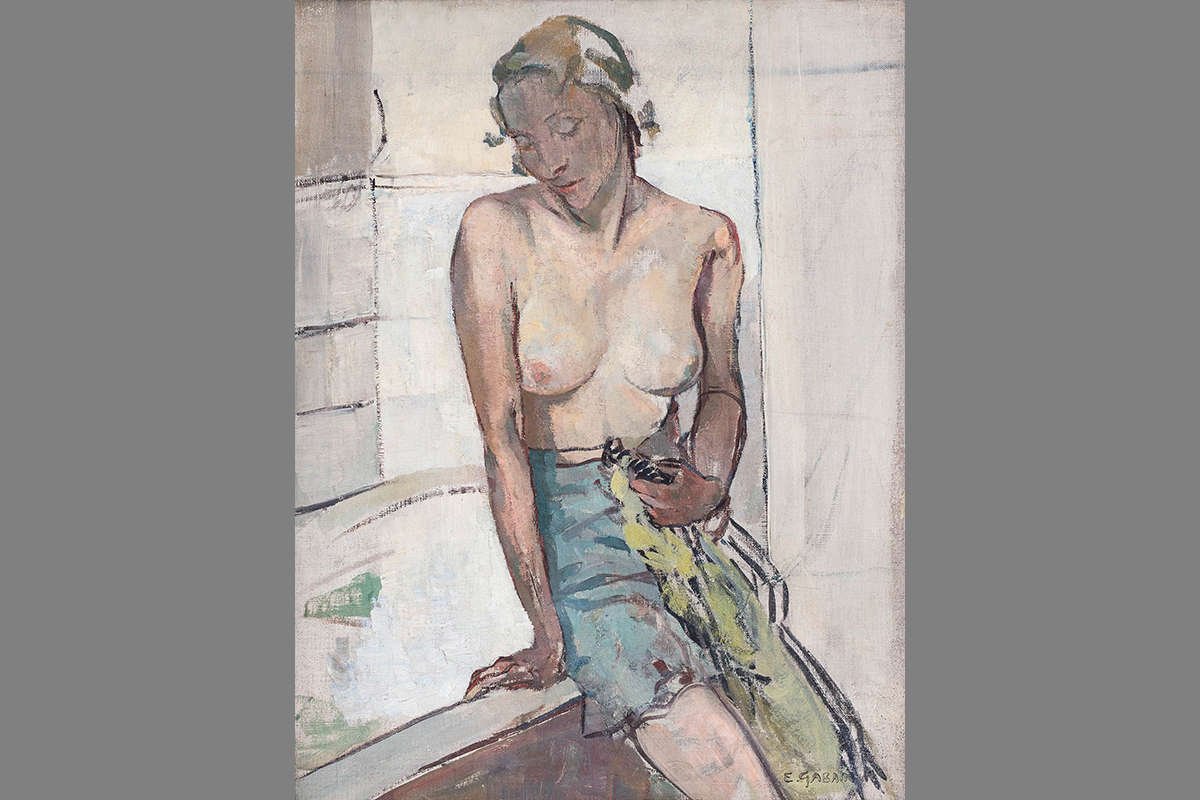 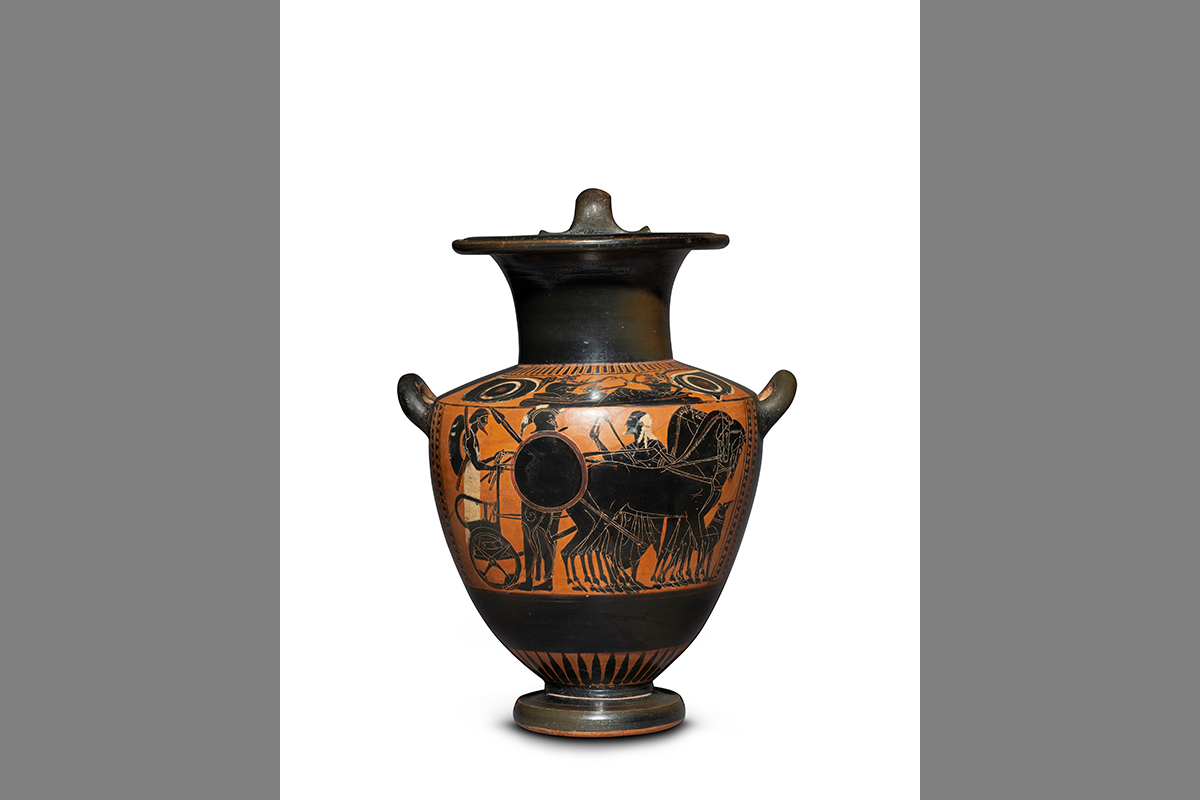 Kallos Gallery
Exhib: Warriors & Warfare in the Ancient World
An Attic black-figure hydria, attributed to the Leagros Group
Circa 525-500 BC
Pottery
Height: 39 cm

This Winter, exhibitions span the typically broad variety on offer at London Art Week galleries. They include depictions of ancient warriors and warfare at Kallos Gallery and classical highlights at Galerie Chenel, while Sam Fogg focuses on Medieval saints and Georg Laue, Kunstkammer Ltd on princely objects. Stephen Ongpin Fine Art will launch its new gallery in a townhouse in Mayfair with the exhibition From Giorgione to Picasso: Masterworks of Six Centuries; Colnaghi explores the significance of Naples as an art city; and Regency Silver is the theme at Koopman Rare Art. Elliott Fine Art celebrates the Belle Époque; a career encompassing show of Walter Sickert is at Piano Nobile; 20th century drawings and watercolours depicting the human figure can be viewed at Patrick Bourne & Co; a critically acclaimed collection of 70 works by one of the most eccentric illustrators, Alberto Martini, is shown at Laocoon Gallery; and Scottish art is showcased at The Fine Art Society. 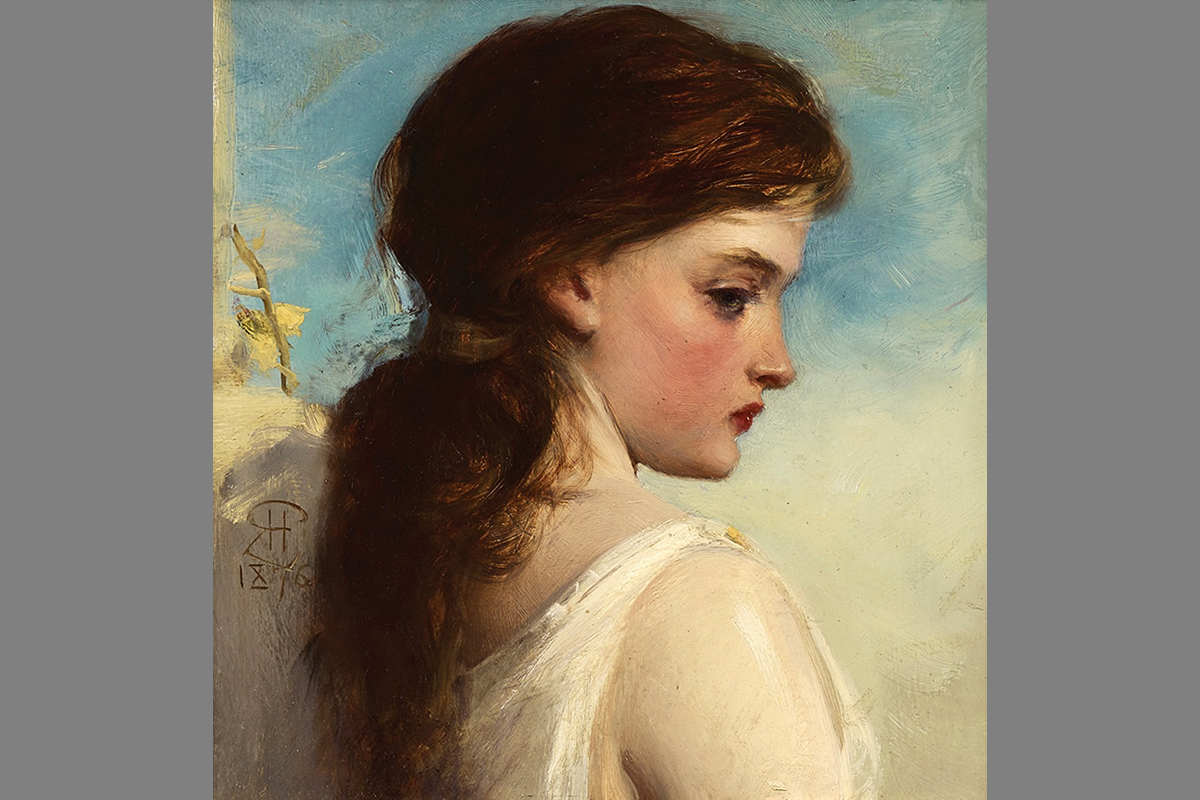 The third London Art Week Symposium returns this Winter from 6-9 December 2021. In collaboration with and organised by the Jewish Country Houses project, “Jewish Dealers and the European Art Market c.1850-1930” will be held online over three days (6th, 7th and 9th December) from 6pm to 7.15pm (GMT). Panellists from the US, UK and Europe will discuss around Charles Dellheim’s latest book “Belonging and Betrayal: How Jews Made the Art World Modern”; present Jean Strouse’s forthcoming publication on the Wertheimer family and particularly their relationship with portrait artist, John Singer Sargent; and hold a round table discussion about the heritage of Jewish art dealerships.

*All webinars are free but registering is essential.

On Friday 10 December, a number of London Art Week participants will open their doors late in a collaboration with the West End Gallery HOP! which includes many modern and contemporary art dealers. 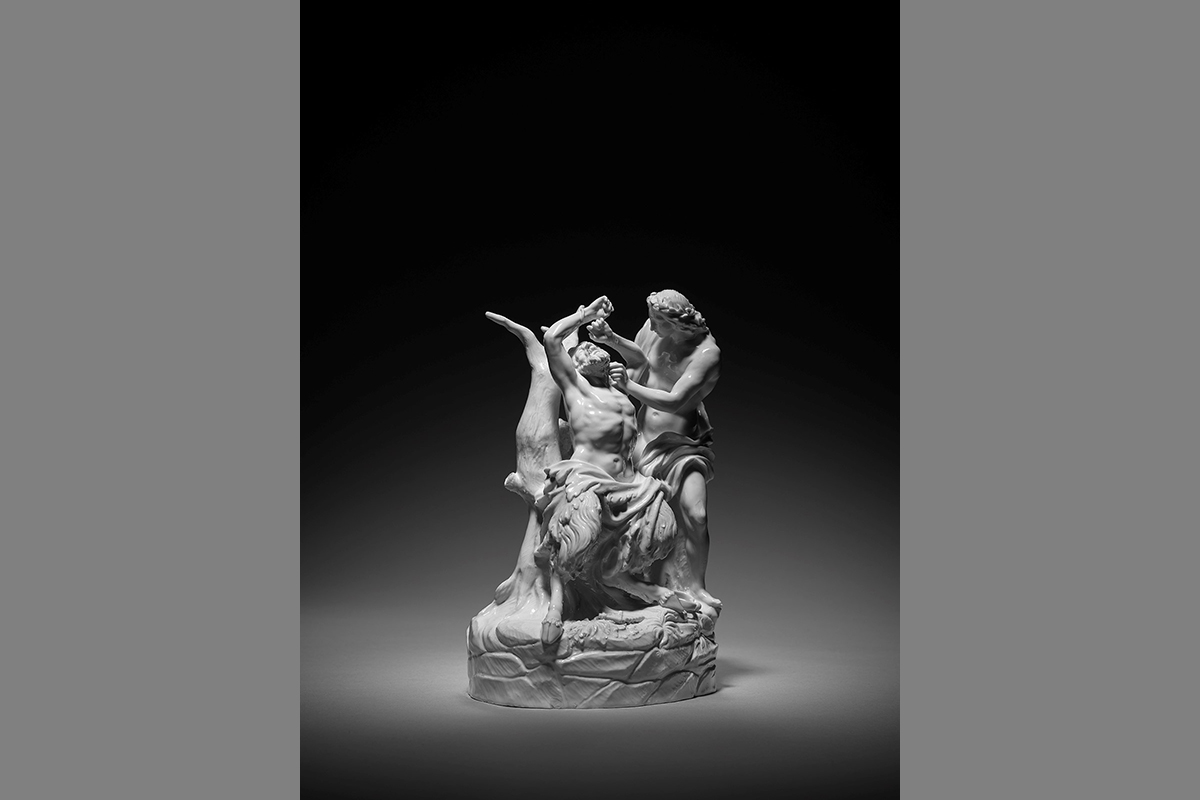 ● The Shield of Achilles in silver-gilt by Rundell, Bridge & Rundell, a magnificent presentation piece nearly 1m in diameter made for the King of Hanover in 1823 (Koopman Rare Art)

● a newly discovered oil sketch, a view of The Villa Borghese, Rome by Michel-Martin Drolling (1786-1851) for a painting now in the Rijksmuseum (with Charles Beddington Ltd)

● a terracotta Head of an Angel by Antonio Giorgetti (doc. Rome 1657-1669), one of the great sculptors of the Roman Baroque, based on his commissioned sculpture for Ponte Sant’Angelo (1668-69), a project overseen by Bernini for Pope Clement IX 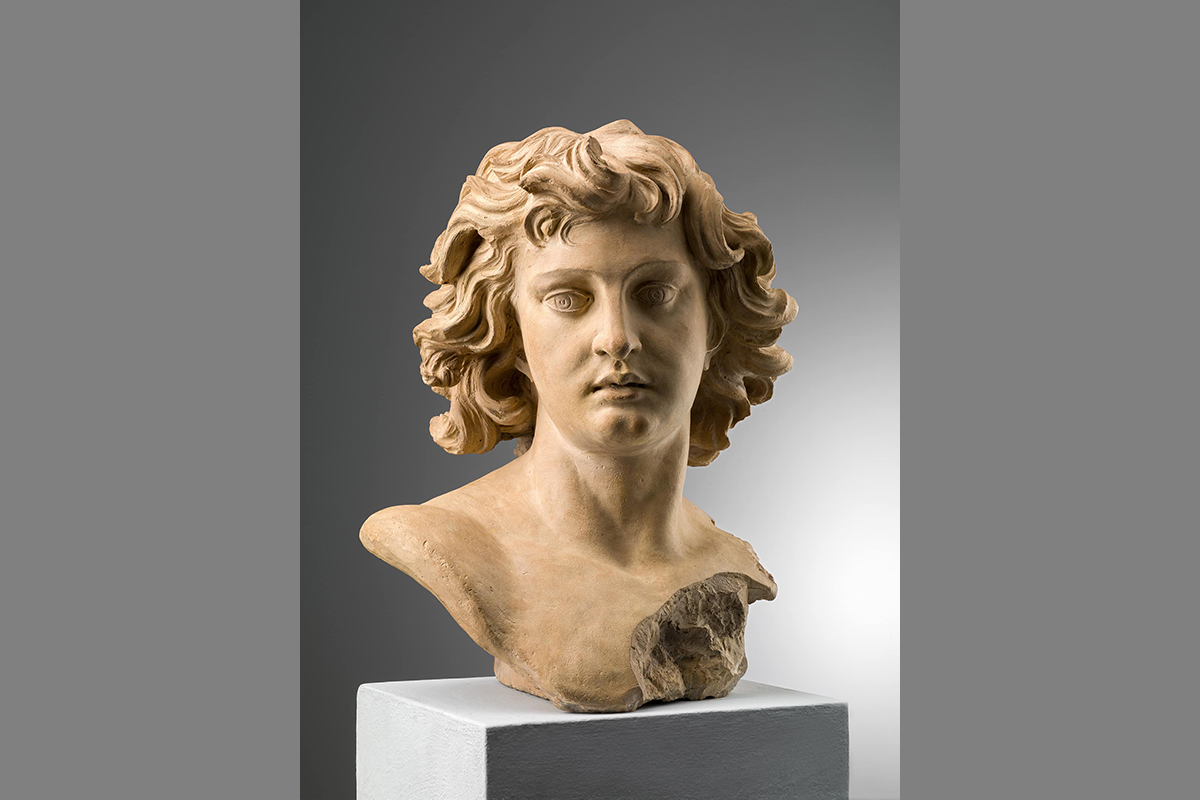 Dürer and his time at Agnews centres on a recently made, highly important rediscovery of an unpublished pen and black ink drawing circa 1500 by Albrecht Dürer, The Virgin and Child. Agnews’ exhibition looks at how this Renaissance artist was one of the pioneers of crafting a self-fashioned identity, or brand, and also includes the only copper engraving plate by Dürer known to exist, on loan from Stiftung Schloss Friedenstein Gotha, Germany.

*The exhibition, staged for London Art Week, will continue until Sunday 12th December. 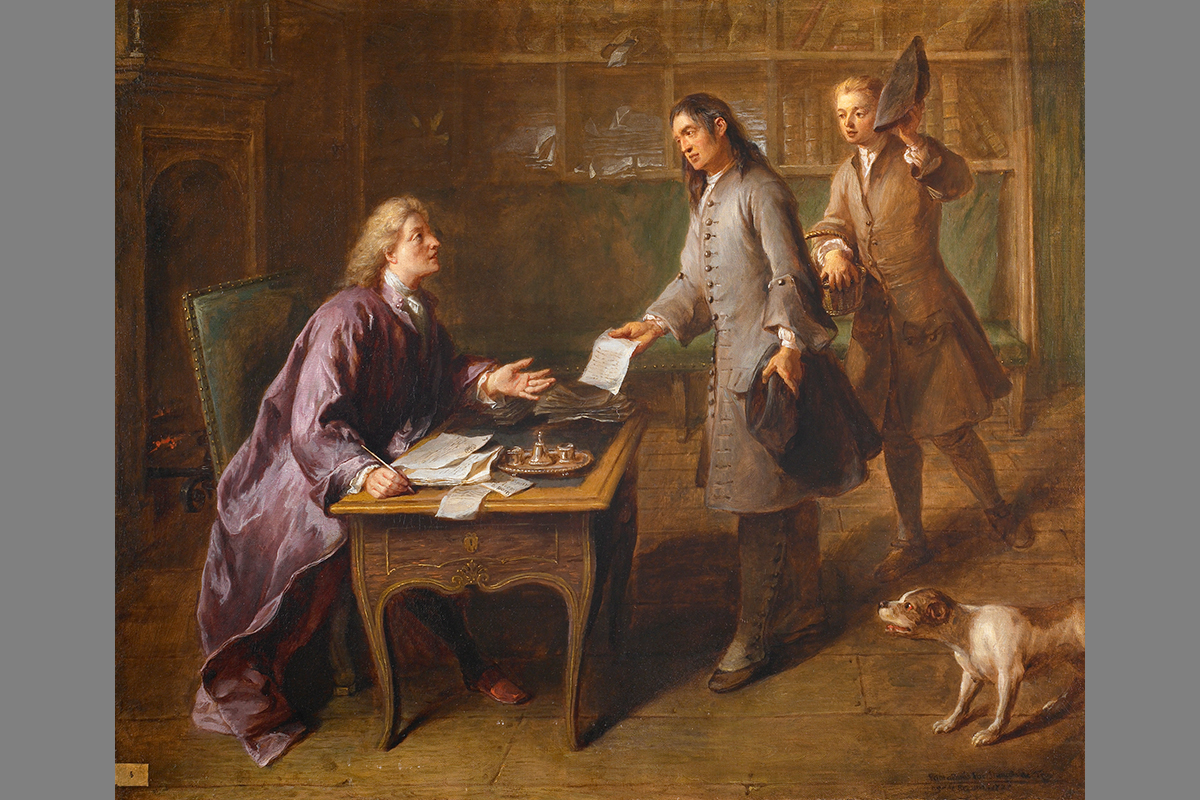 At Didier Aaron is this rare genre scene by portraitist François de Troy (1645-1730). This work, combining the artist’s characteristic attention to details of clothing and household objects with a light, sketched treatment of the interior setting, was recently identified in a photograph of George Hoentschel’s house and studio on Boulevard Flandrin in Paris. It featured in the 2013 exhibition Salvaging the Past at the Bard Graduate Centre, New York. Hoentschel was one of the most renowned interior decorators in Paris circa 1900. His impressive collection of paintings, boiseries, tapestries, and sculpture, ranging from the middle ages to the late 18th century, was in large part acquired by J. Pierpont Morgan in 1906 and was later donated to the Metropolitan Museum of Art in New York, where it still is today. 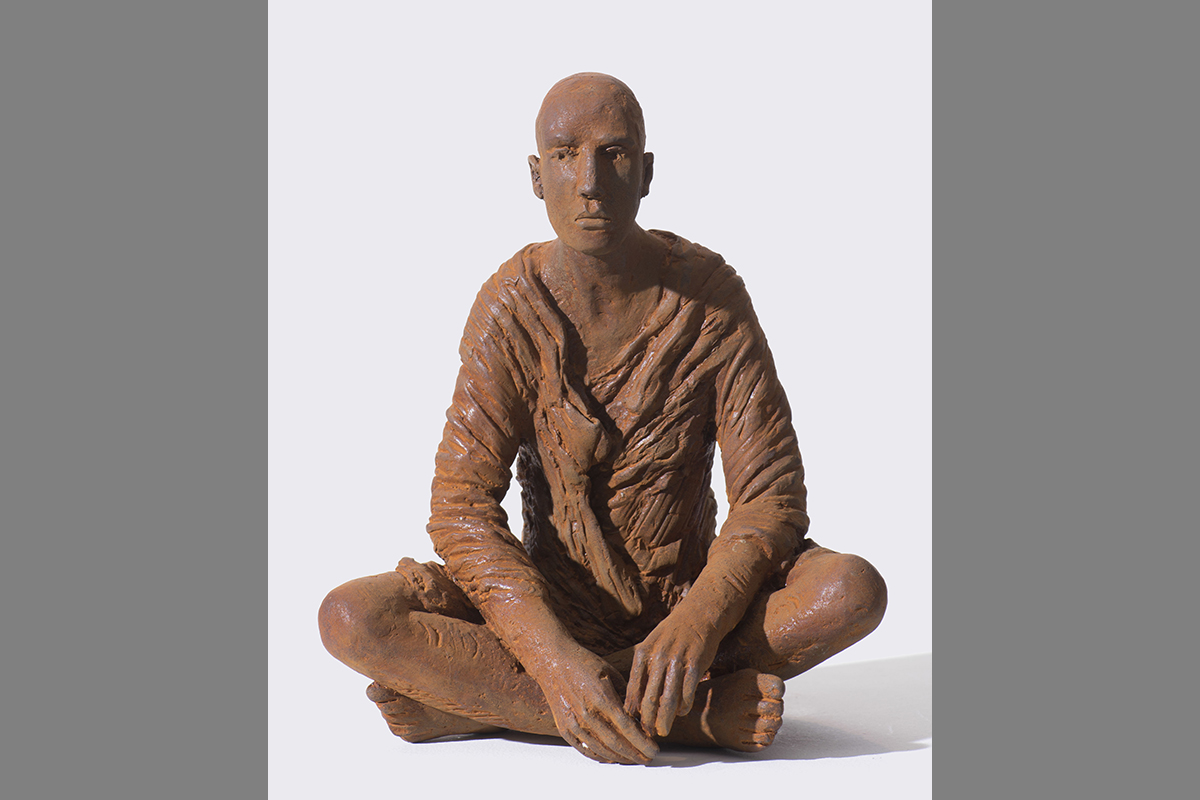 A recently discovered work by French artist Michel-Martin Drolling (1786-1851), who won the Prix de Rome in 1810, is displayed at Charles Beddington Ltd showing a view of The Park of the Villa Borghese, Rome, from the Villa Medici (shown above). This sketch is evidently related to the painting once in the collection of Joanny Benoit Peytel (1844-1924) which sold at Christie’s in 2006 and is now in the Rijksmuseum.

Surrealist André Breton wrote in his ‘L’Art magique’ of 1957 that he counts François de Nomé (1593-c. 1640), the painter from Lorraine sometimes known as Monsù Desiderio, among the “geniuses”. Breton admired the painter’s “enigmatic aspect”. The paintings of François de Nomé, who was active in Rome and Naples in the first decades of the seventeenth century, were very soon considered “revolutionary” with respect to the art of his contemporaries. The example presented by Galerie Canesso for LAW Digital depicts Agrippina departing for Rome with the ashes of Germanicus, c. 1620, a large oil on canvas laid down on wood panel.

Koopman Rare Art joins LAW this Winter from their new gallery in Dover Street. They present an exhibition focused on the work of Huguenot silver and goldsmiths who settled across Europe from France in the 17th and 18th centuries fleeing religious persecution. They brought with them a new language and sensibility of design. The exhibition coincides with a new book published by the Victoria & Albert Museum on the subject, ‘Europe Divided: Huguenot Refugee Art & Culture’ by the highly regarded art historian Dr. Tessa Murdoch. Centrepiece of the show is The Shield of Achilles, a magnificent example of work in silver-gilt with the maker’s mark of Philip Rundell for Rundell, Bridge & Rundell, goldsmiths to the Prince Regent. This highly important shield was made for The King of Hanover in 1823. 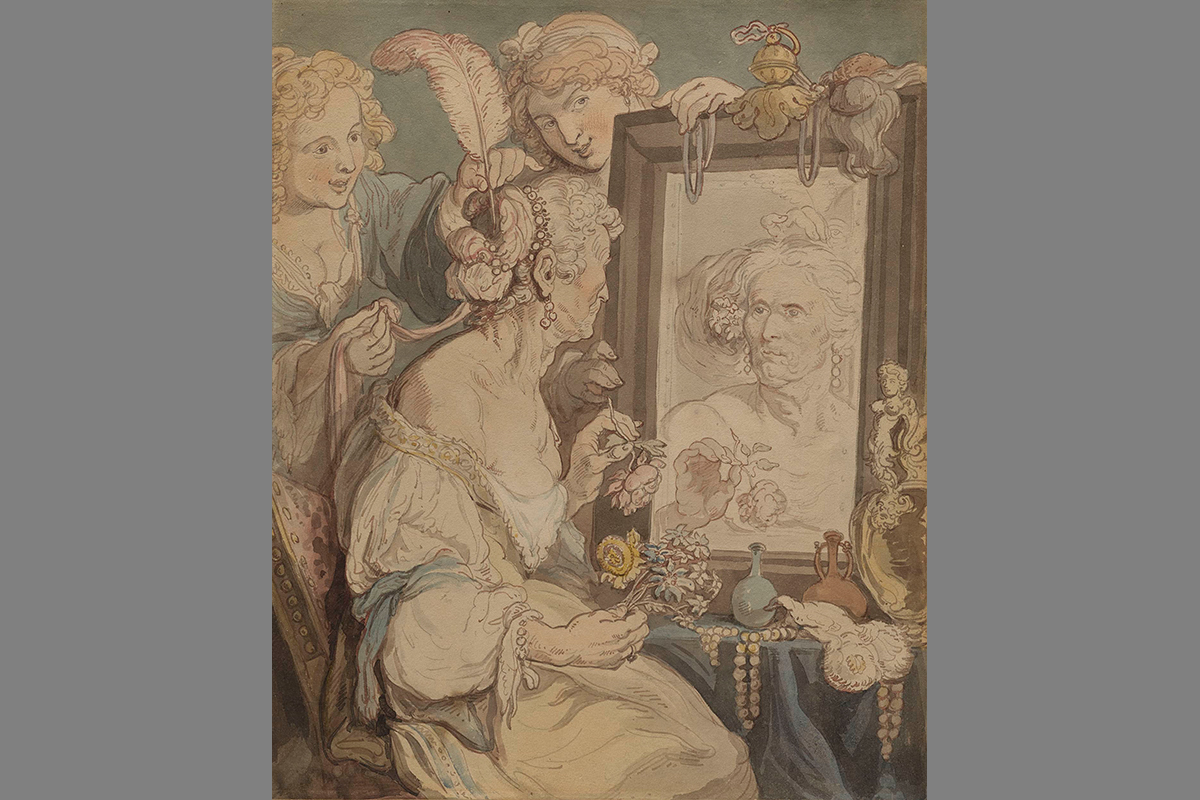 Lowell Libson & Jonny Yarker Ltd has a clutch of famous 18th century British artists in their latest discoveries, drawings by Angelika Kauffman, Thomas Gainsborough, Thomas Rowlandson and JMW Turner. Also of great note is a luminous, small-scale landscape by John Linnell (1792-1882). Painted in the late 1820s, Shepherds is a beautifully preserved oil and a miniature masterpiece. The work demonstrates Linnell’s investment in naturalism, whilst the fiery evening sky suggests his awareness of his friend Samuel Palmer’s visionary works.

From the farthest end of the world comes this next highlight work, offered by Guy Peppiatt Fine Art, a signed watercolour by Edward Adrian Wilson (1872-1912) titled Mt Erebus, Antarctica. Dr Edward Wilson is regarded as one of the most prominent figures of early Antarctic exploration. He was selected for the British National Antarctic Expedition (1901-4) led by Captain Robert Scott (1868-1912) as Assistant Surgeon and Vertebrate Zoologist and returned as part of Scott’s Terra Nova expedition, 1910-12, as Chief of the Scientific Staff. On both occasions he was selected for the team to reach the South Pole. In 1902 he, Scott and Shackleton failed to reach the pole and in January 1912 he was one of five to reach the pole, but all perished on the return. Wilson’s lasting legacy is the collection of drawings and watercolours that he made during his two Antarctic expeditions. Wilson produced numerous pencil sketches and more detailed watercolours of Mt Erebus, many of which are in the collection of the Scott Polar Research Institute. 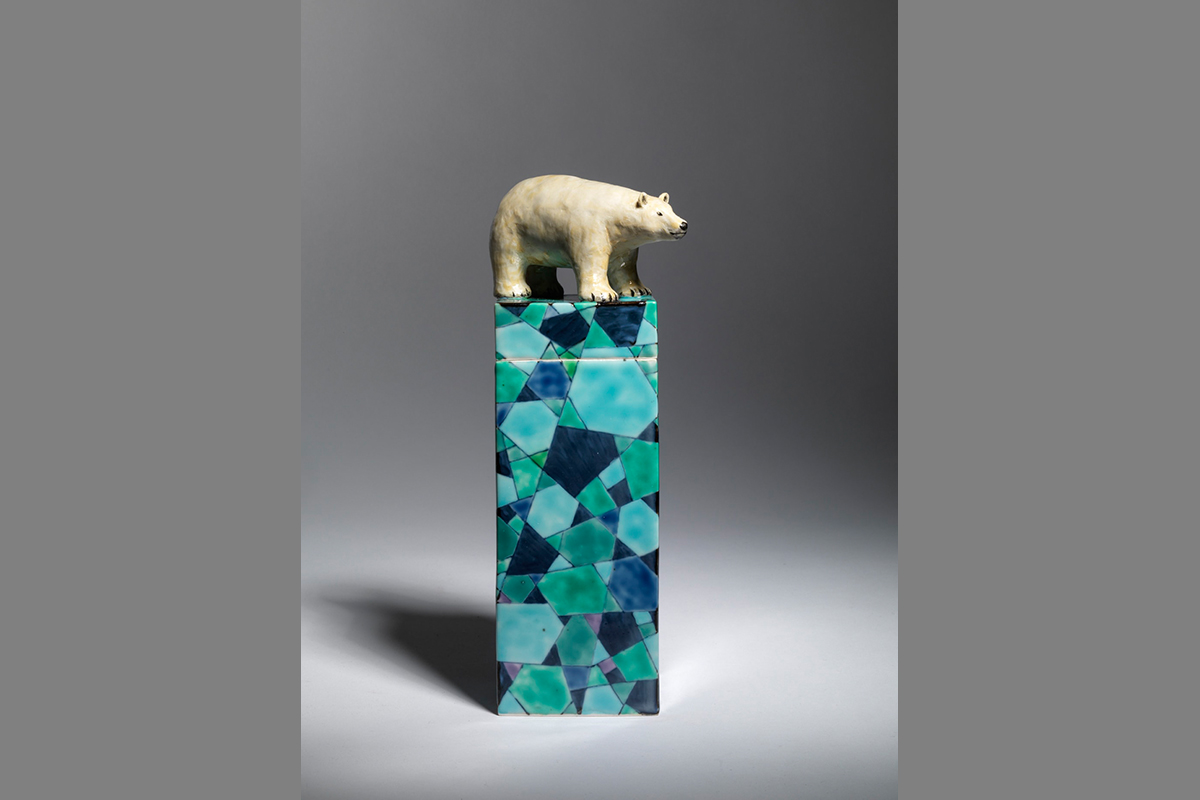 Sladmore Gallery St. James’s present Into the Wild: A Selection of Animal Sculpture. Artists represented include Antoine-Louis Barye, who began a fashion in the 19th century of depicting wild animals in bronze, Rembrandt Bugatti, and contemporary British sculptors Sophie Dickens and Mark Coreth. Among notable examples on offer is this impressive 1940 bronze Drill Baboon by Charles Delhommeau (1883-1970) which stands nearly half a metre tall.

*This exhibition continues until 23 December.

Abbott & Holder is showcasing works by Ethel Gabain (1883-1950). Portrait of a Woman, Lithographs 1908-1932 (*Above) from the Artist’s Estate (which continues until 23 December) takes a closer look at one of the few artists, man or woman, able to support themselves from the sale of lithographs in the early 20th century. Her draughtsmanship and technical expertise were built on sound training at the Slade, the Central School and years practising in Paris. In 1911 she was taken up by Harold Wright at P&D Colnaghi, the great print publisher of the age. What made her success remarkable was not simply that she made her way in an art world dominated by men, but her prints were almost exclusively concerned with ‘woman-hood’. 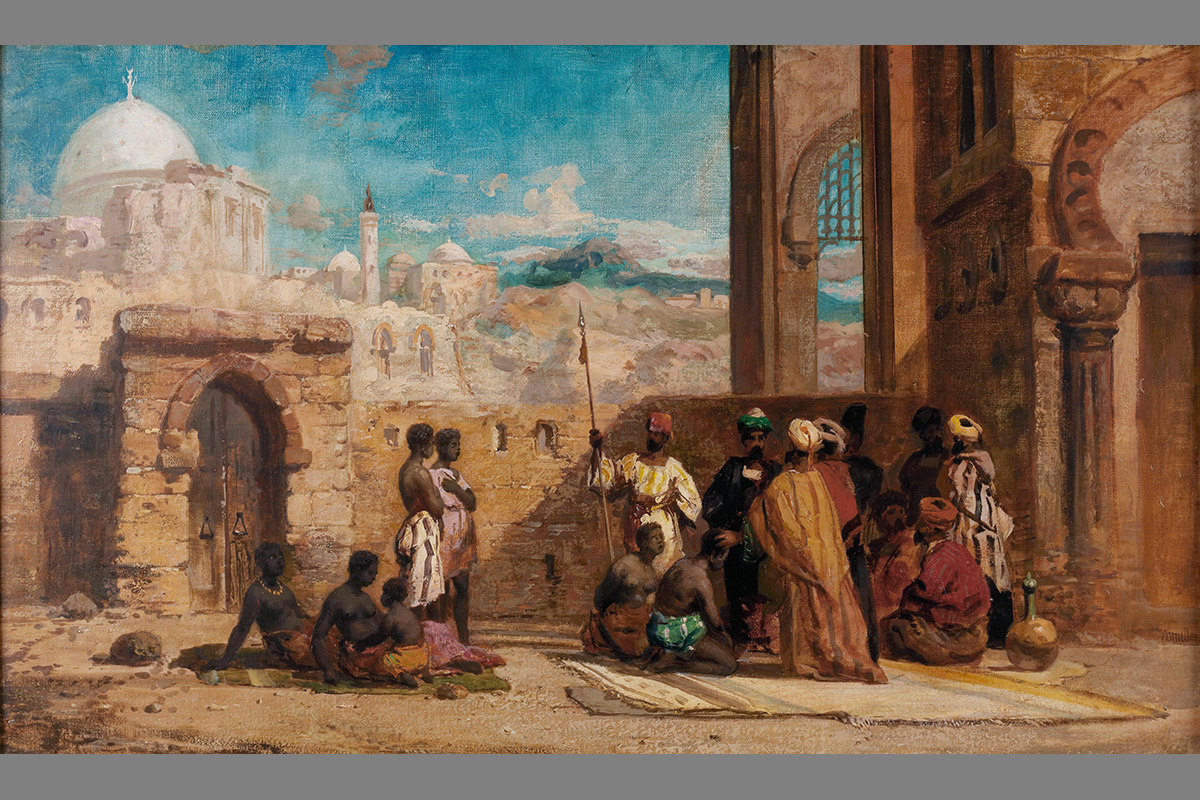 William James Müller (1812-1845), the most important artist of the Bristol School, arrived in Egypt by steamer in November 1838. He was one of the first established European artists to visit Egypt and was there at the same time as David Roberts. Müller was haunted by the city’s slave market, which he recorded and sketched on many occasions, in some detail, providing a unique depiction of an European’s reaction to the ‘revolting’ place. This historical and important work forms part of the LAW Digital exhibition by Karen Taylor Fine Art.

For London Art Week, Tomasso is showing a circa 1790 white marble Portrait Bust of Prince Francis Xavier of Saxony (1730-1806) by Christopher Hewetson (c. 1737-1798), illustrated below centre. The Irish sculptor was amongst the most renowned and respected portrait sculptors in late eighteenth-century Rome. After studying in his native Kilkenny and later Dublin, Hewetson travelled to the Eternal City in 1765, and there remained for the rest of his career. He died in Naples in 1798. 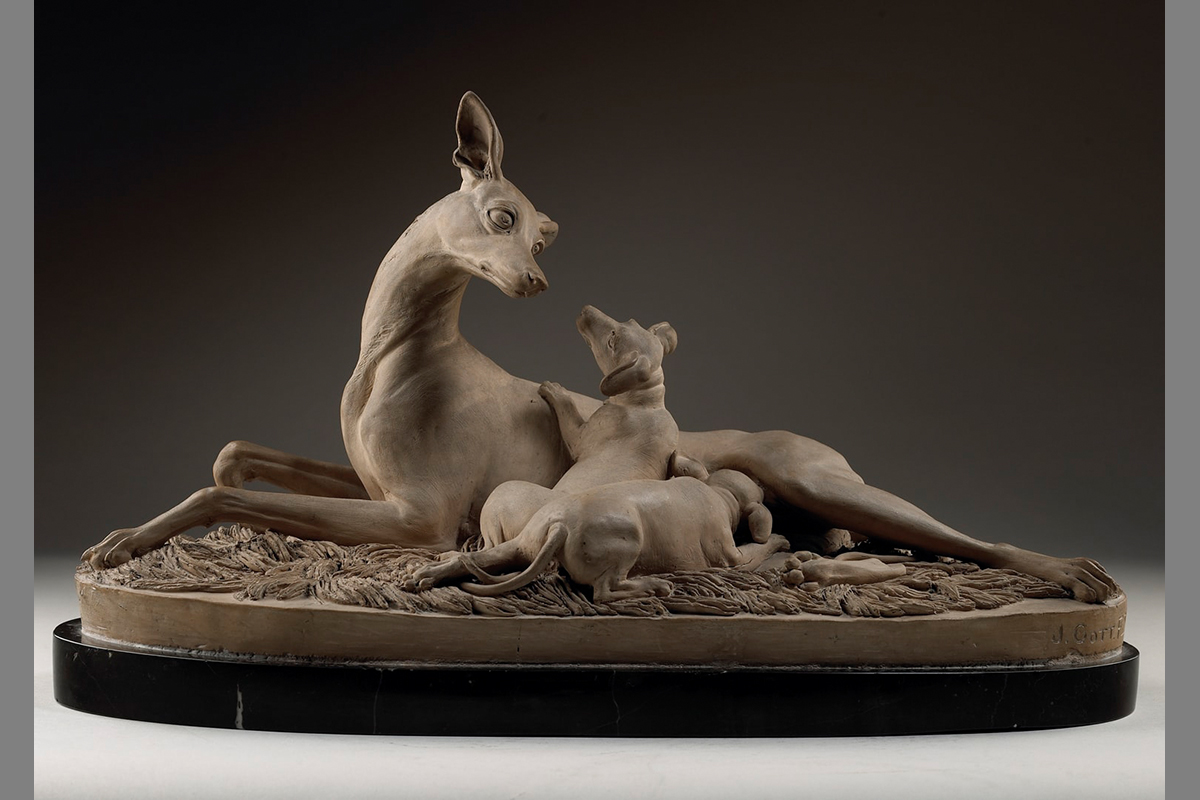 This glorious terracotta Head of an Angel offered by Trinity Fine Art, (Above) shown below left, is by Antonio Giorgetti, documented in Rome from 1657-1669, one of the great sculptors of the Roman Baroque. It is taken from his Angel with the Sponge commissioned for Ponte Sant’Angelo (1668-69), a project overseen by Bernini for Pope Clement IX. This sculpture was made for the collectors’ market: during the latter years of the 17th century, there was an increased desire to collect terracottas, especially those by Algardi, from which the present head takes inspiration.

Among the Italian Ceramics & Works of Art to be shown by Raccanello Leprince is a circa 1795 masso bastardo (*Above) (hard-paste porcelain with a tin glaze) rendering of Apollo and Marsyas, after a bronze by the great sculptor Giovanni Battista Foggini, and modelled for the Doccia factory in Florence by Gaspero Bini 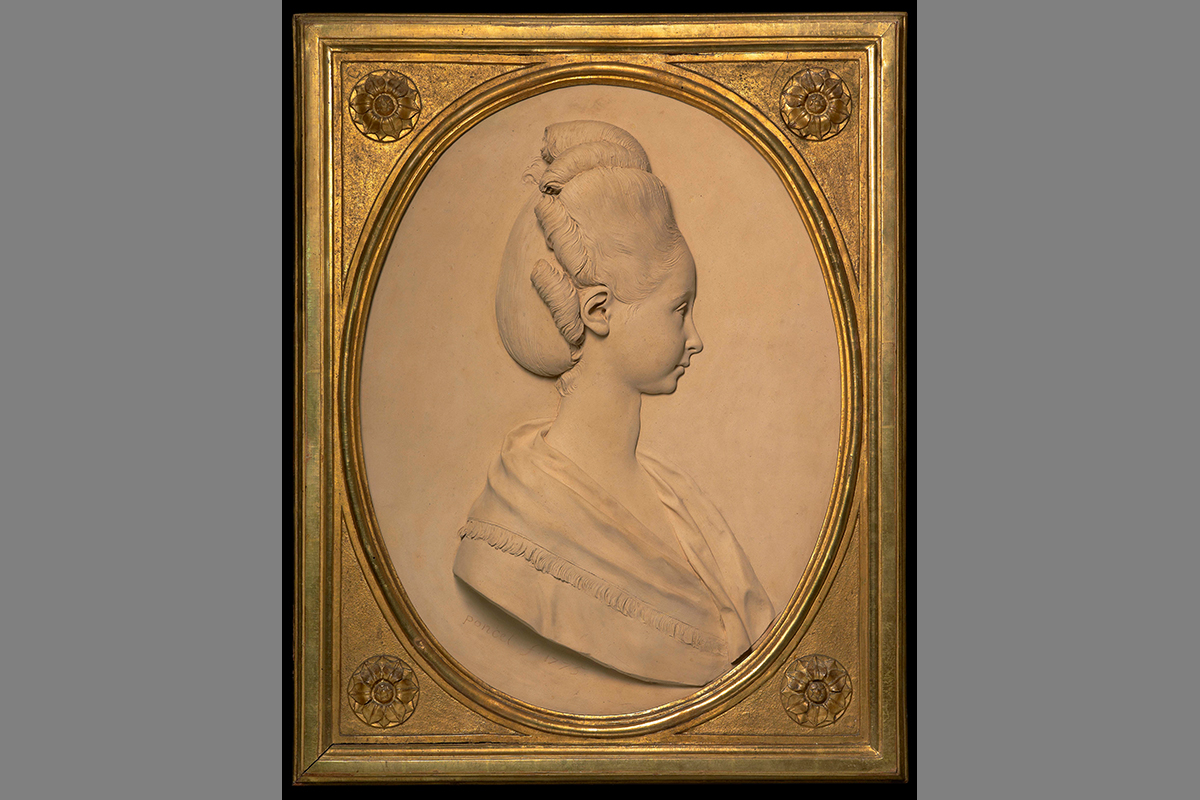 London Art Week Winter 2021 runs from 3 to 10 December and takes place online and in galleries and auction houses.