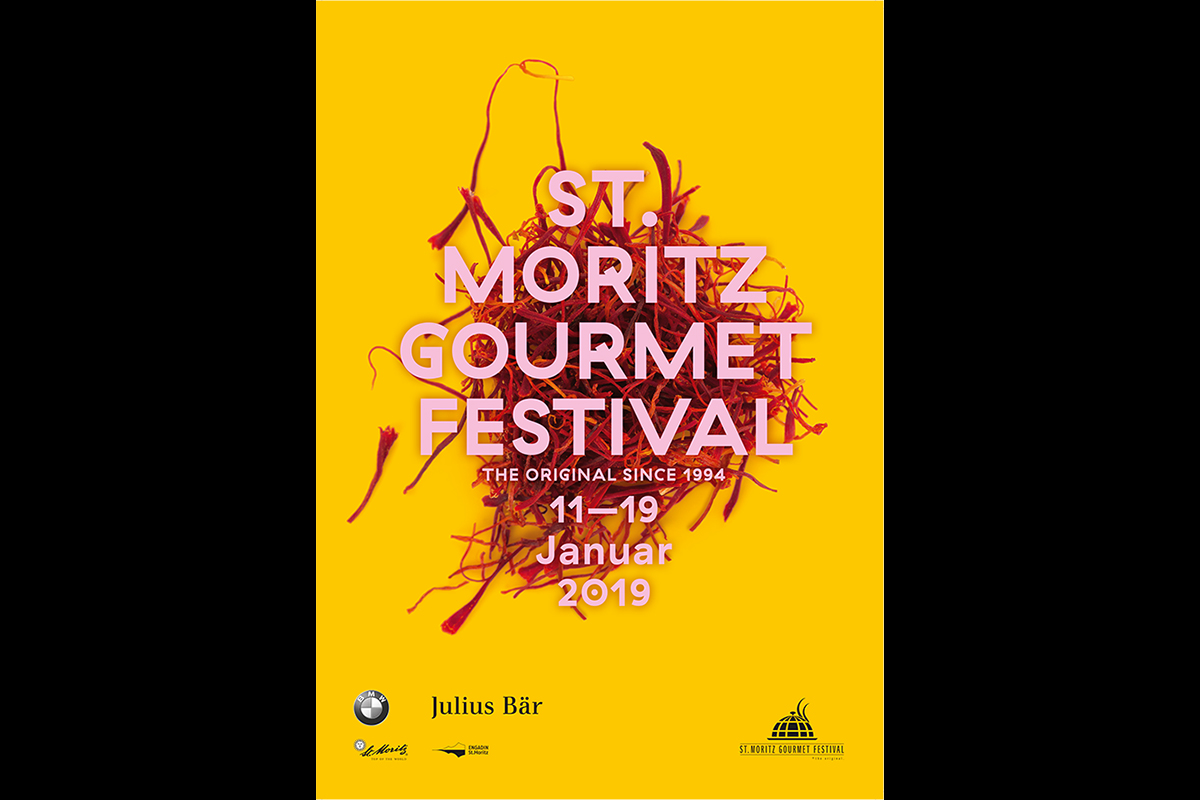 A True Festival for the Senses

At the St. Moritz Gourmet Festival 2019, from 11th to 19th January, once again nine international master chefs will gather in the Upper Engadine. Together with the excellent executive chefs at the festival partner hotels, they will enchant festival visitors with their exceptional style of cookery as part of more than 40 different enjoyable events. Moreover, the festival undergoes a generation change and modifications in the festival organisation this year. 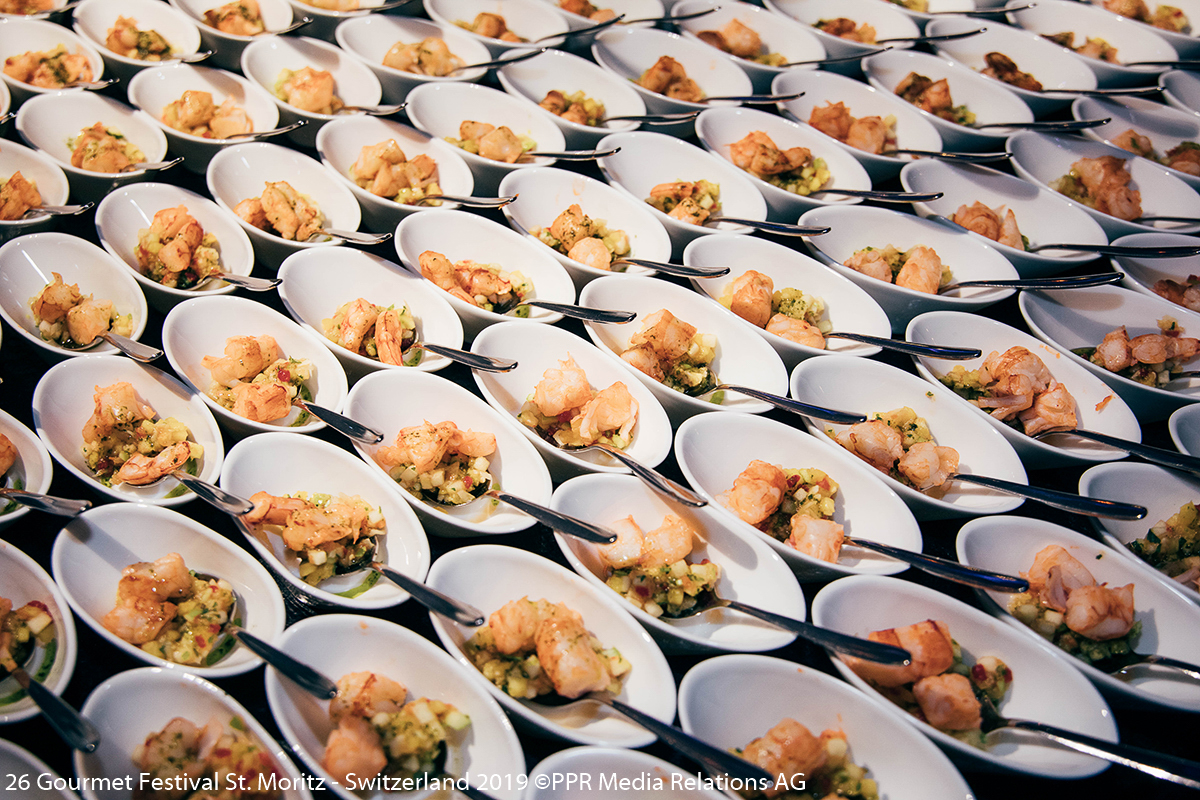 Visitors can note these nine enjoyable days in their diary for the beginning of the year, a unique event which plays out in front of the sublime backdrop of the snowclad mountain panorama of the Upper Engadine. Suvretta House executive chef Fabrizio Zanetti has revealed that, “in line with the longstanding philosophy of the festival, guests can once again look forward to captivating ‘stars and icons’ from sensational cuisines throughout the world as guest master chefs”. As new culinary head of the festival’s event organisation, the 38-year old master chef (15 GaultMillau points) will be responsible for the acquisition of guest master chefs. Fabrizio Zanetti thus replaces Reto Mathis, who has resigned from his role as president of the event organisation. “After 25 years, the moment has come to pass on the reins to the next generation”, as Reto Mathis puts it. As a founding member and longstanding president of the event organisation, he made a decisive contribution to the success and unique worldwide status of the St. Moritz Gourmet Festival. Last, but by no means least, Reto Mathis will remain closely and personally connected with the festival with his CheCha Restaurant & Club as an event location. 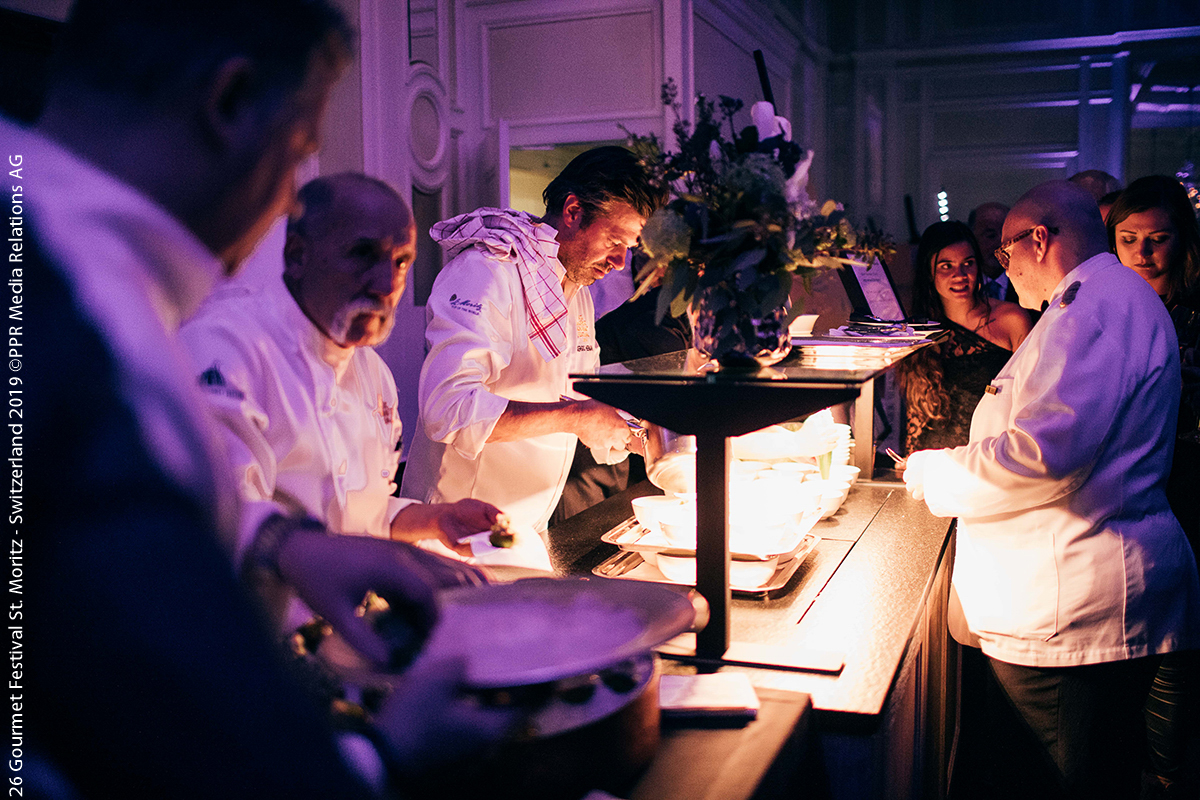 Moreover, event organisation will receive reinforcement in the shape of Richard Leuenberger: the general director of Badrutt’s Palace Hotel has been elected as a new member of the Supervisory Board. Ever since its foundation in 1994, the St. Moritz Gourmet Festival has been hosted by the management of the partner hotels and event locations – united as the “Association St. Moritz Gourmet Festival” – all of whom are financially and actively involved in the organising committee and as part of event organisation. Martin Scherer and Heinz E. Hunkeler remain in their respective posts as President and Vice-President of the festival association. 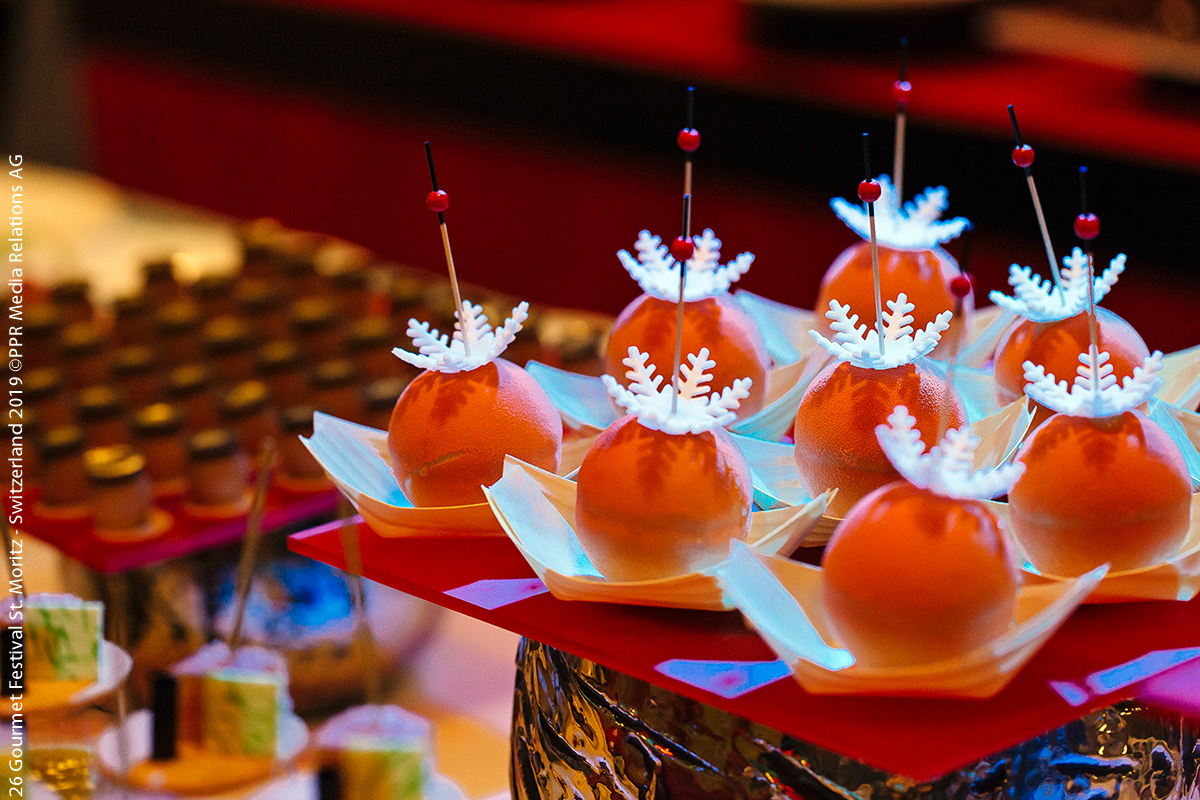 On the occasion of the 26th St. Moritz Gourmet Festival, from Friday to Saturday, 11th to 19th January 2019, top-class guest chefs from the international gourmet scene, together with the executive chefs at the festival partner hotels, will most certainly make the hearts of our epicurean guests beat that little bit faster. 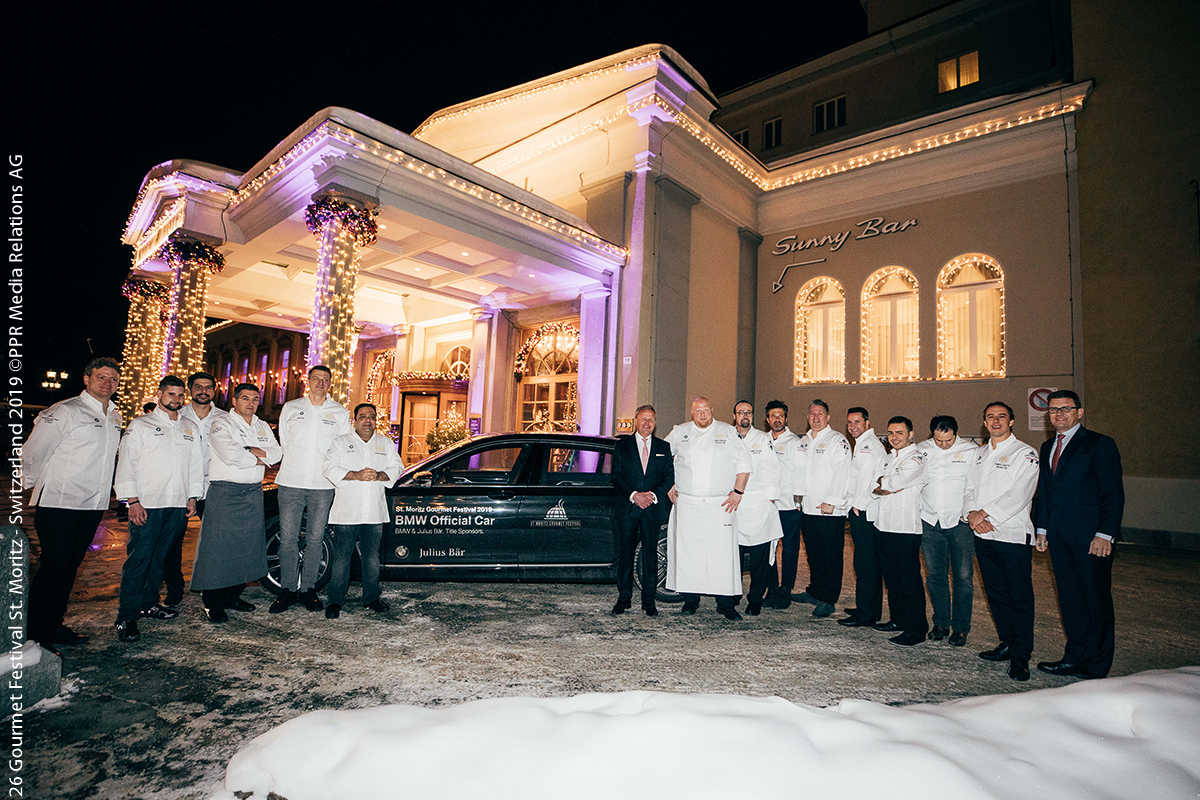 The programme will offer diversity beyond compare: The event kicks off with the Grand Julius Baer Opening at the Kulm Hotel St. Moritz, with tasters prepared by the first brigade of guest chefs and all the local chefs. It will be followed by six evenings featuring Gourmet Dîners and Gourmet Safaris. Furthermore, various special events, tastings alongside Champagne and wine events are certain to guarantee gourmet delights. The Kitchen Party at the Badrutt’s Palace Hotel will take place at the midpoint of the festival as the summit meeting with all nine star chefs, before the first guest master chefs say good bye to the Upper Engadine and pass the culinary baton to the second master chef crew. The Great BMW Gourmet Finale at Suvretta House in St. Moritz will be the crowning conclusion of the festival. 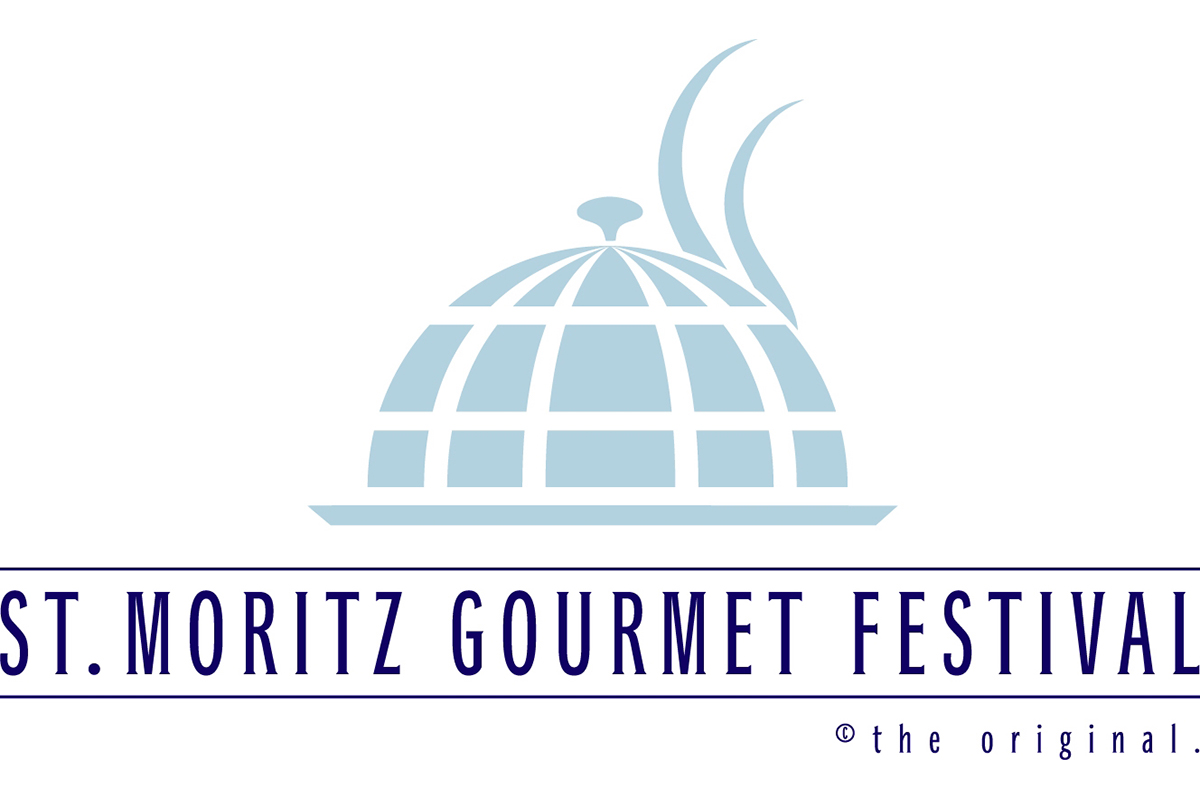