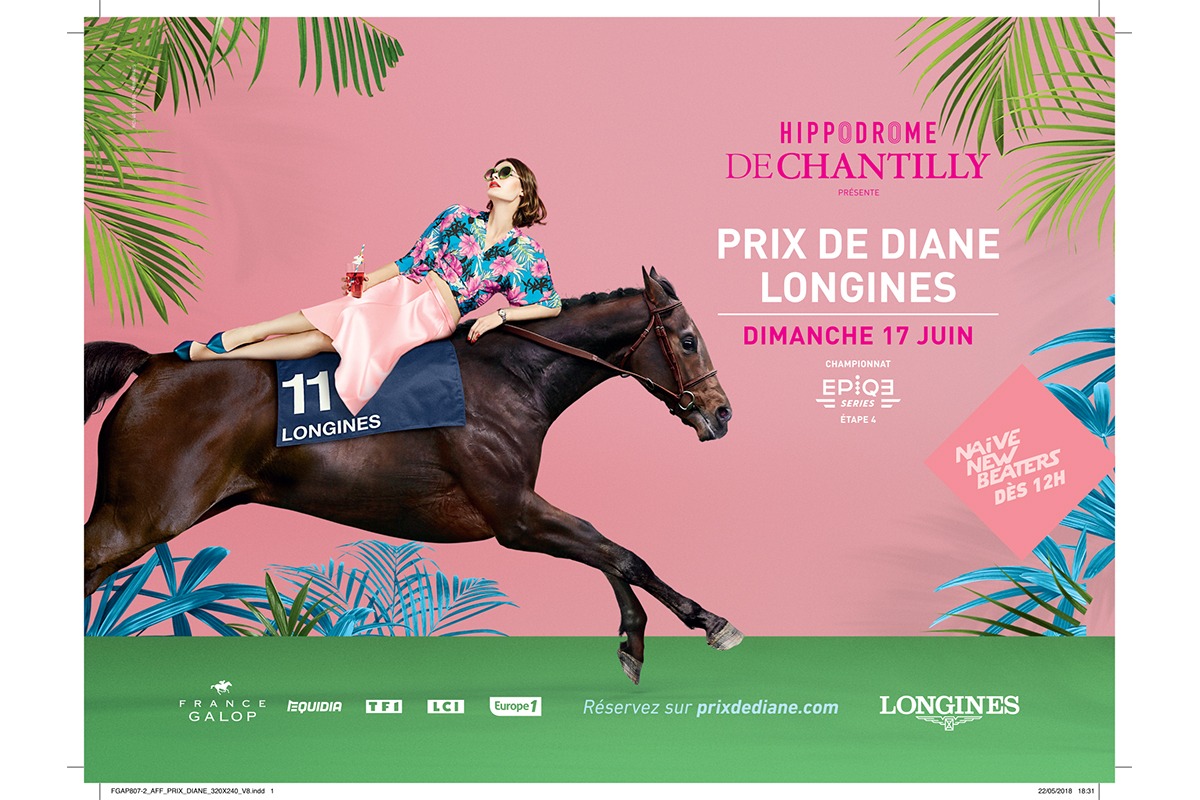 A FABULOUS RACE DAY AT CHANTILLY – 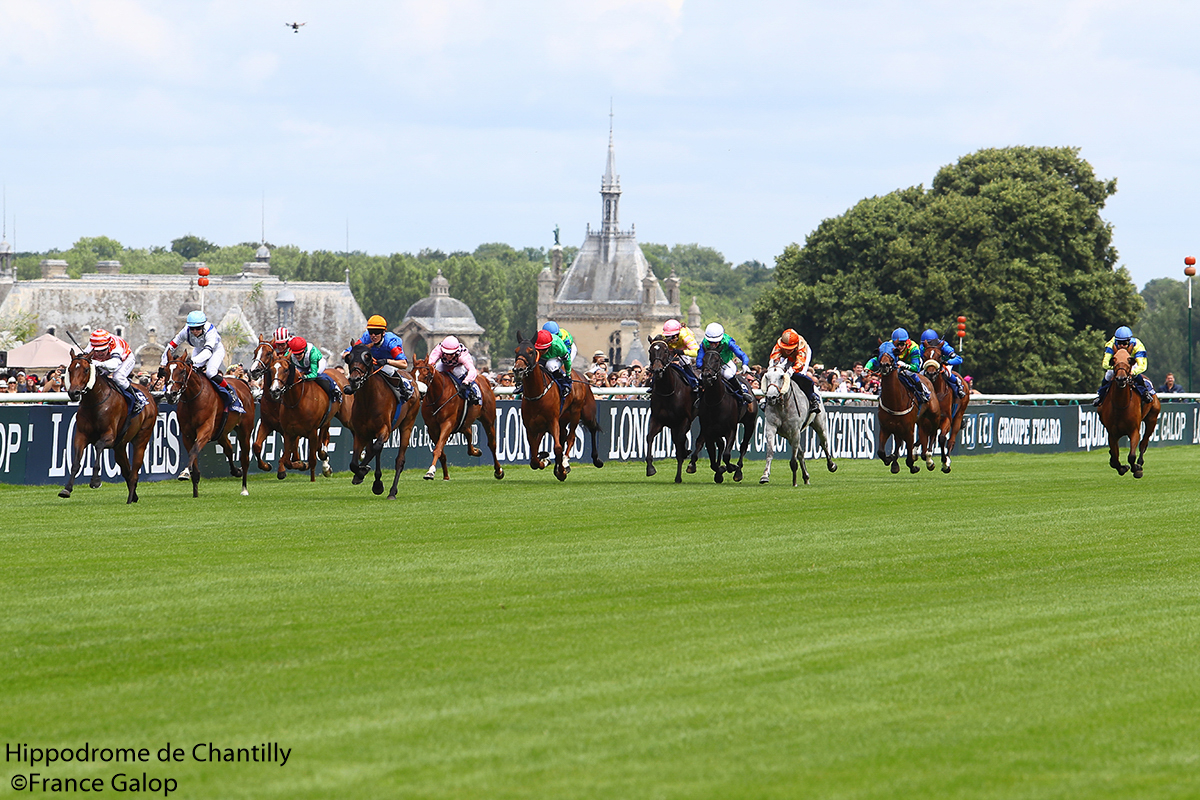 The Prix de Diane Longines, which took place on Sunday, June 17th, is the most glamorous and elegant race meeting of the season. Festivities flourish on the lawns of Chantilly racecourse, ensuring that everyone enjoys a day replete with emotion. For its 169th edition, the Prix de Diane Longines took everyone to a Garden Party where nature runs riot.

The Diane village invited everyone to take a stroll, to savour, to create, to revel, to listen, to play, to bet, to taste, to share….. 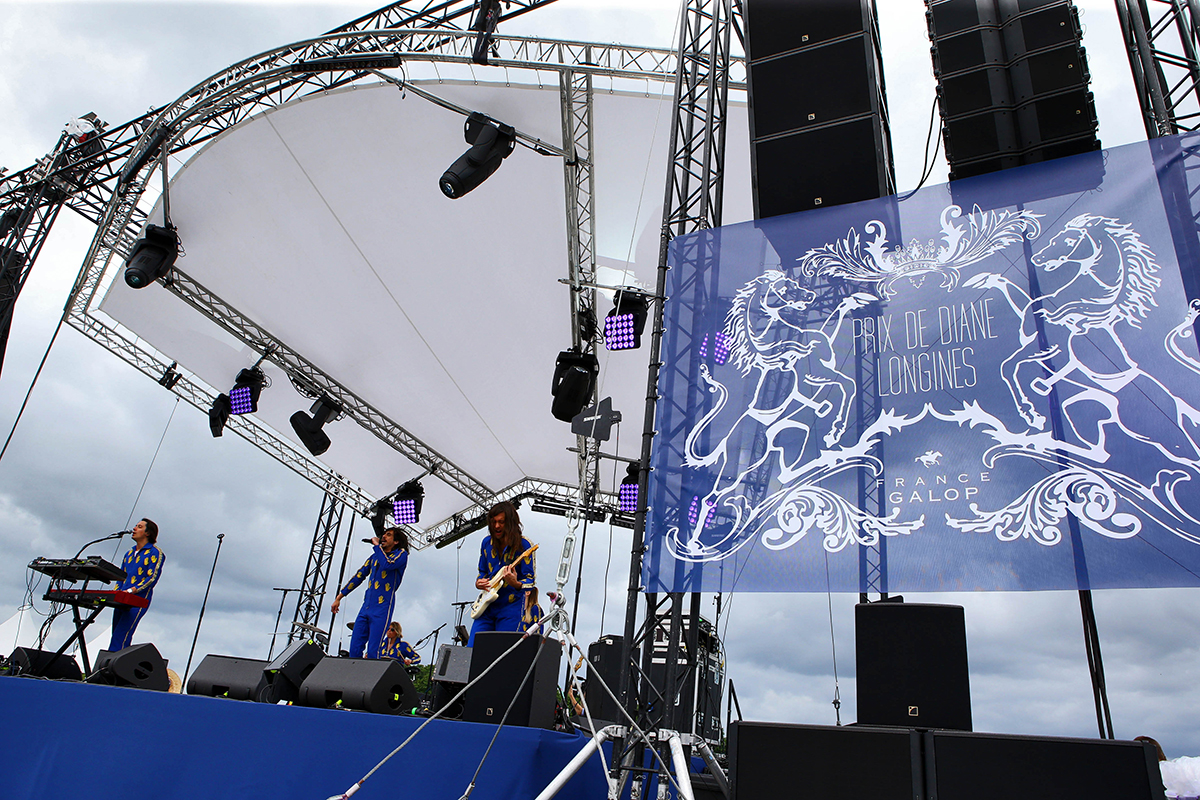 A great concert by Naive New Beaters on the main lawn launched the festivities. During the afternoon, elegant ladies sporting extravagant hats met with lovers of Flat racing in the beautiful setting of the Chantilly Château. Elegance, femininity and performance are the bywords of this event that attracts more than –  40 000 spectators every year. They enjoyed a day with 8 Flat races that took place on the legendary track at Chantilly racecourse.

The highlight of this important meeting is the Prix de Diane Longines. This race, confined to fillies, anoints the best three-year-old filly, which is the most important year in the career of a racehorse.

8 FLAT RACES: INCLUDING THE MOST IMPORTANT FILLIES’ RACE IN THE WORLD

Since 1843, the Prix de Diane has anointed the best filly of the three year-old generation. This year in the career of an English thoroughbred, the fastest breed of horse in the world, is full of promise. Of the eight races on this great day of sport, the Prix de Diane Longines offers the highest prize-money. It is worth 1 Million Euros, of which the winner, who will cover the 2100 metres at speeds of up to 60km/h, will receive 571 400 Euros. 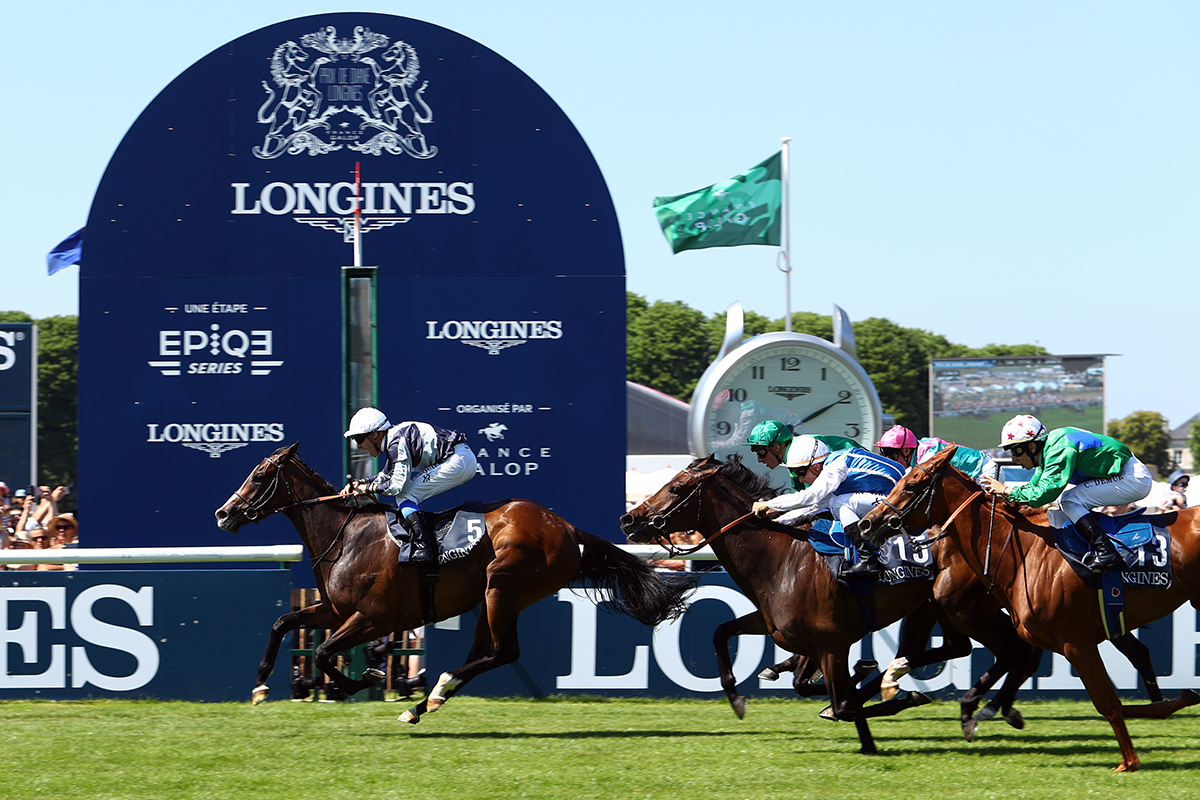 This race identifies the fastest filly of the moment. The winner of the Prix de Diane Longines has every chance of subsequently lining up for the Qatar Prix de l’Arc de Triomphe, the greatest race in the world that takes place at the new ParisLongchamp racecourse on 7 October 2018. 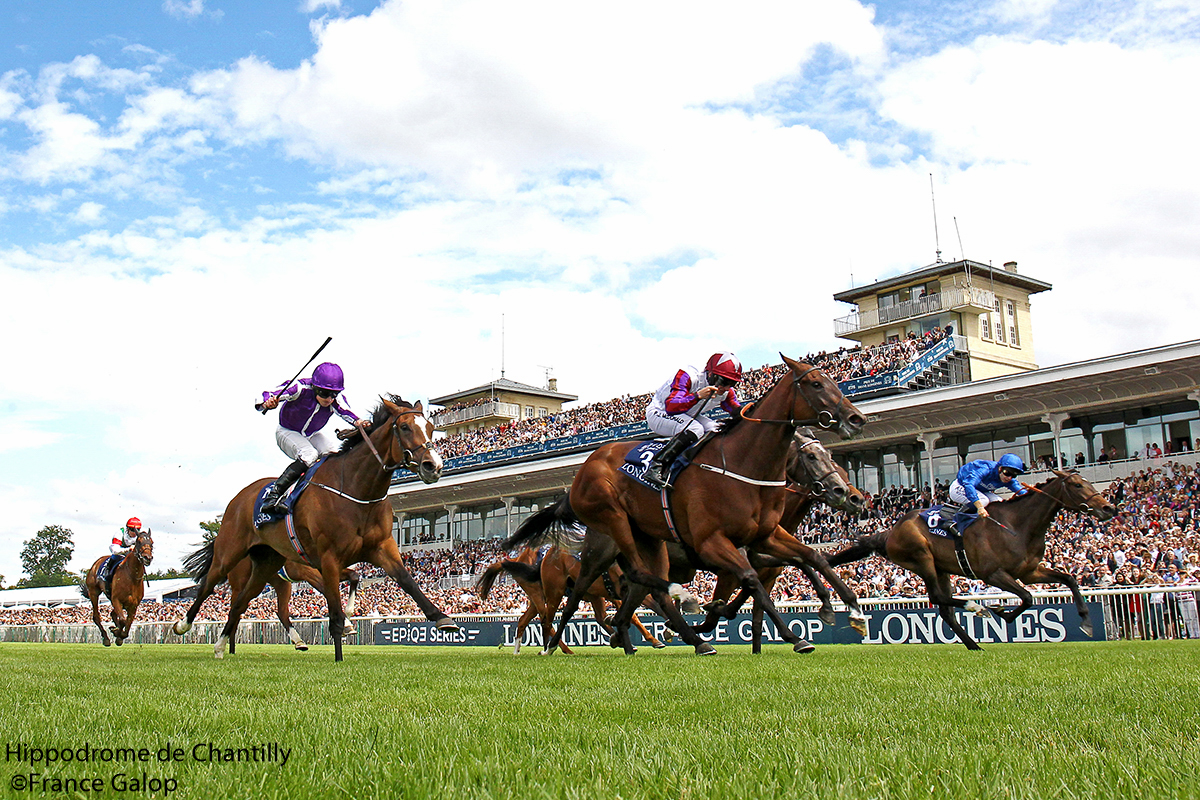 The Prix de Diane Longines is a Group 1 race, which equates to the highest standard in horse racing. It is a major leg in the Epiq Series.

The Epiq Series: The best jockeys on board the best horses compete in 14 of the greatest Flat and Trotting races.

Along with racing and betting, the Prix de Diane Longines is also
known for its stylish picnic in the heart of the Diane village, which
is located in the centre of the racecourse. This is without doubt the
most stylish of picnics! 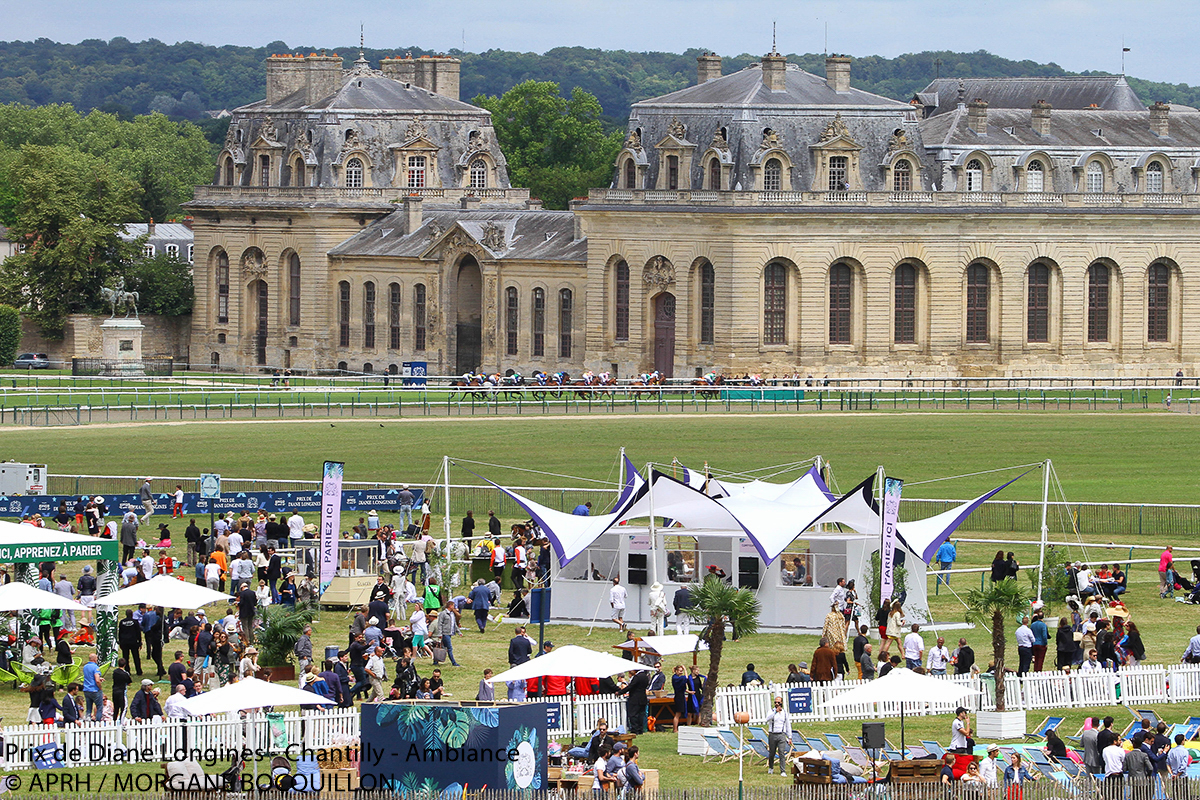 Bare-footed on the grass, the chequered tablecloth spread over the ground and picnic baskets stocked generously with delicious morsels, spectators enjoyed a front-seat view of festivities: the concert by Naive New Beaters, and naturally, every race, of which the Prix de Diane Longines was the undisputed highlight of the day.

A MENU CREATED BY FAUCHON

For those who have not brought their own picnic hampers, the chefs at Fauchon Caterers have prepared a delicious spring menu especially for this occasion that will delight all food lovers. 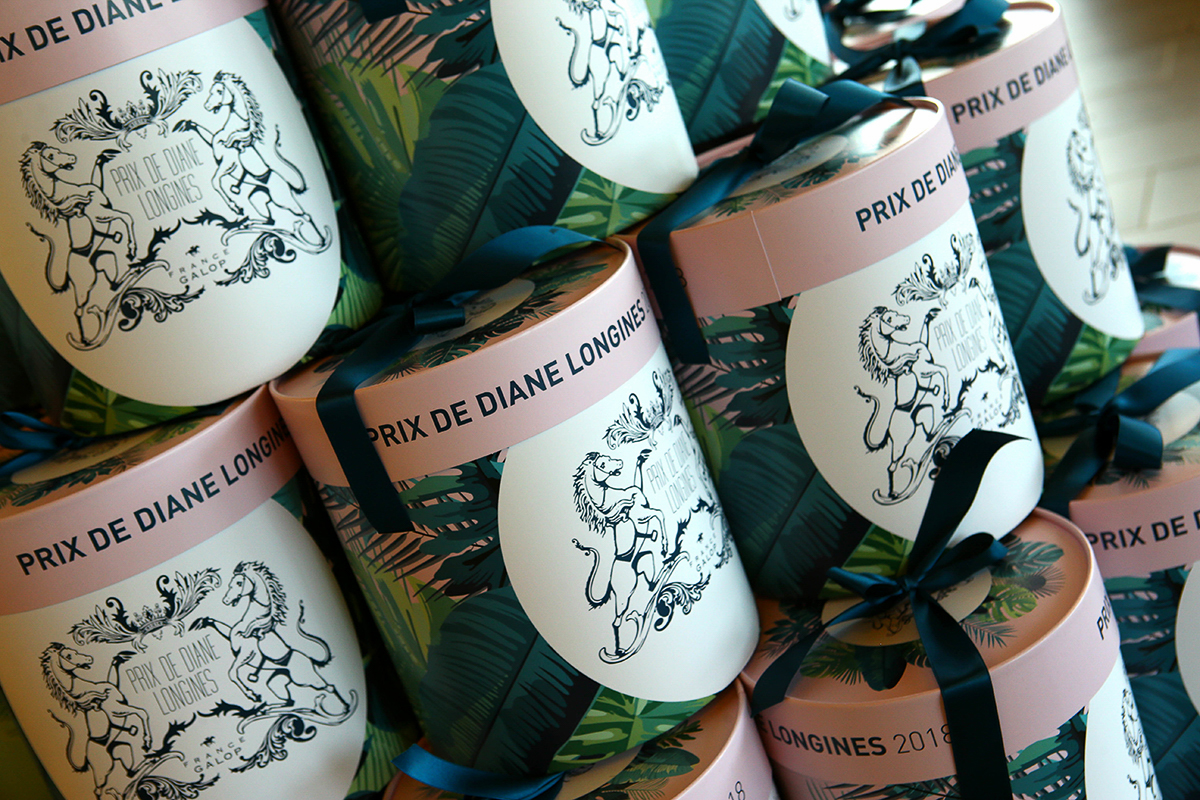 On the Prix de Diane Longines day, competition is not restricted to the racetrack! Elegant fashionistas are invited to take part in the Competition of Elegance, where style, audacity and creativity determines who is going to be the next Mademoiselle Diane by Longines.

This great competition is open to all the ladies at the racecourse. Each year, more than 400 ladies parade down the catwalk in the Diane village. 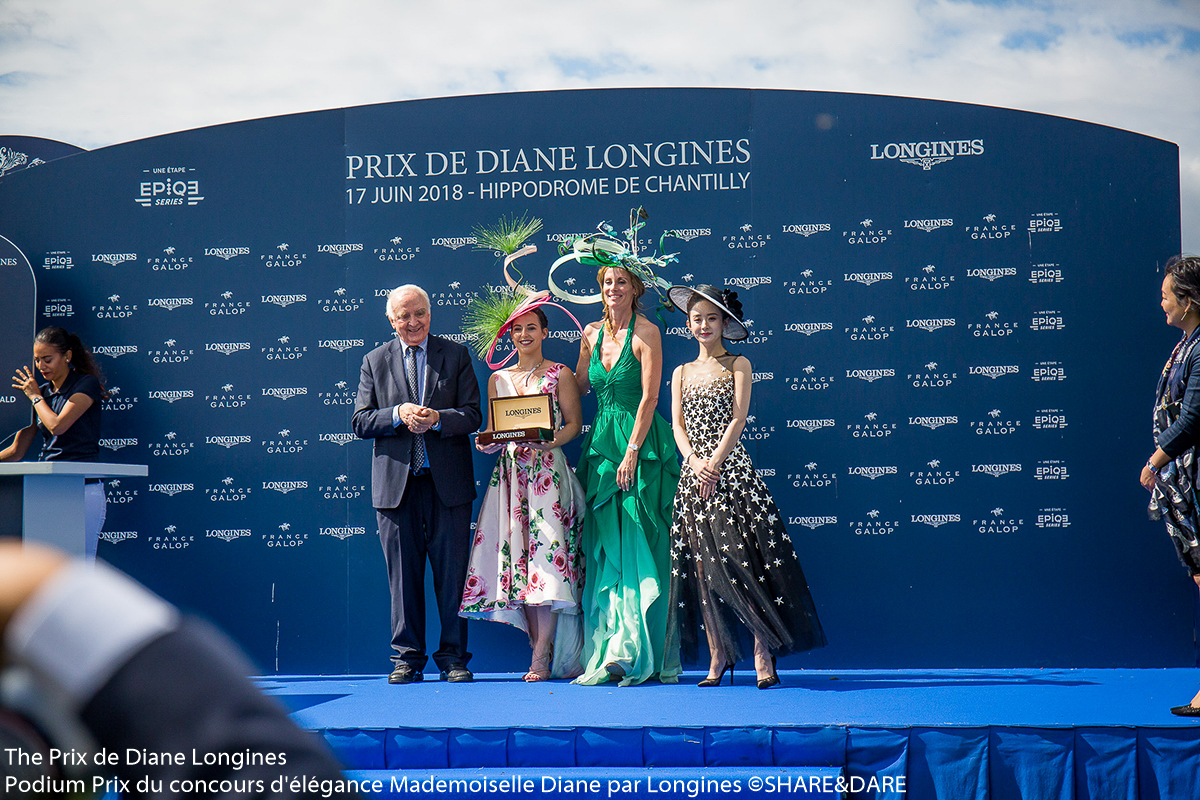 Sophie Thalmann, a former Miss France and Television presenter, had the difficult task of choosing the lady who embodies femininity and who will become Miss Diane by Longines 2018. Hats, dresses, accessories: anything goes to impress the jury and its president! The winner will receive many prizes, including a
fabulous Longines watch.

A VERY GREEN GARDEN PARTY IN THE DIANE VILLAGE

A real oasis, the Diane village embodies nature and features a variety of truly green experiences. It is the ideal place to take a little break and relax in the green spaces that lie in the shadow of giant flower windmills. Also, don’t miss out on enjoying the many different fragrances that scent the air in the Prince’s kitchen garden.’ 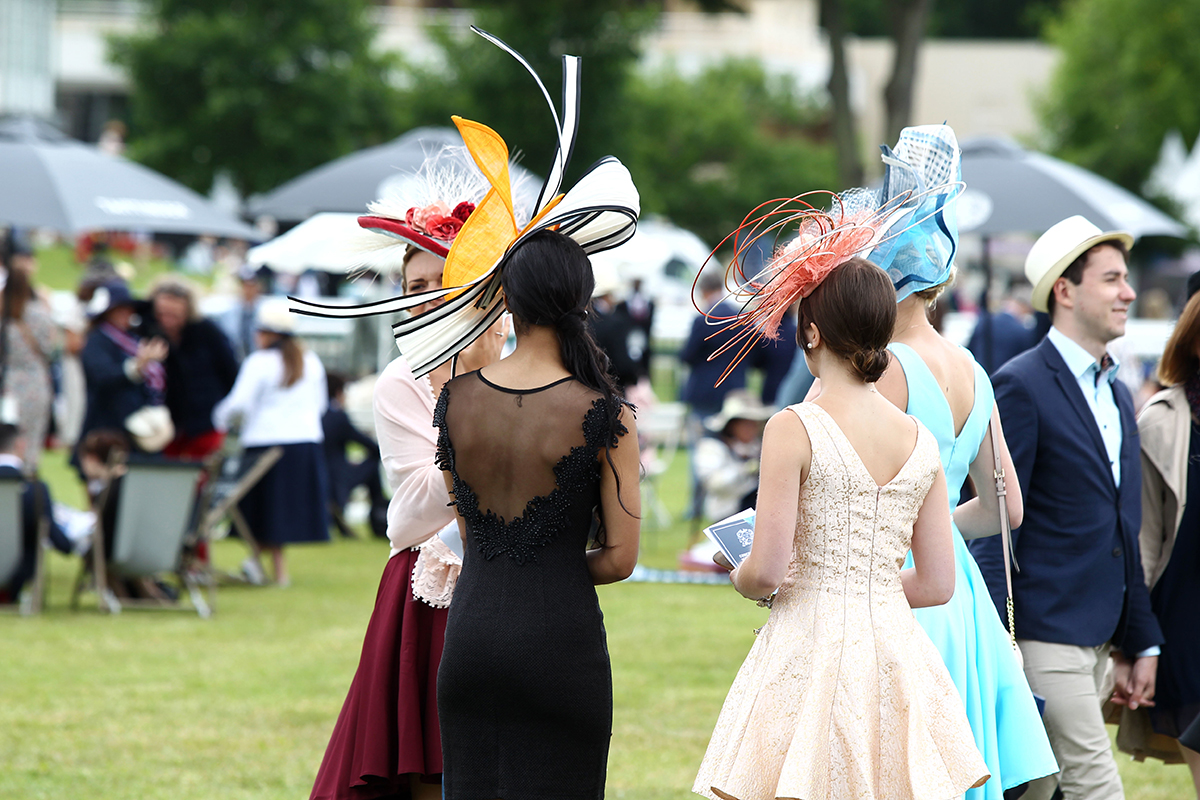 The Diane village takes on a festive air with a Ferris wheel and
many games, like roller blading, a football field where you can play
golf with your feet, sack racing, croquet, badminton, trampolines
and many other free activities.

In celebration of the 169th edition of the Prix de Diane Longines, of which the Swiss watchmaking brand is the Title Partner and Official Timekeeper, the magnificent domain of Chantilly falls under nature’s spell, which delighted the elegantly dressed racing lovers that come together for this glamourous race meeting. 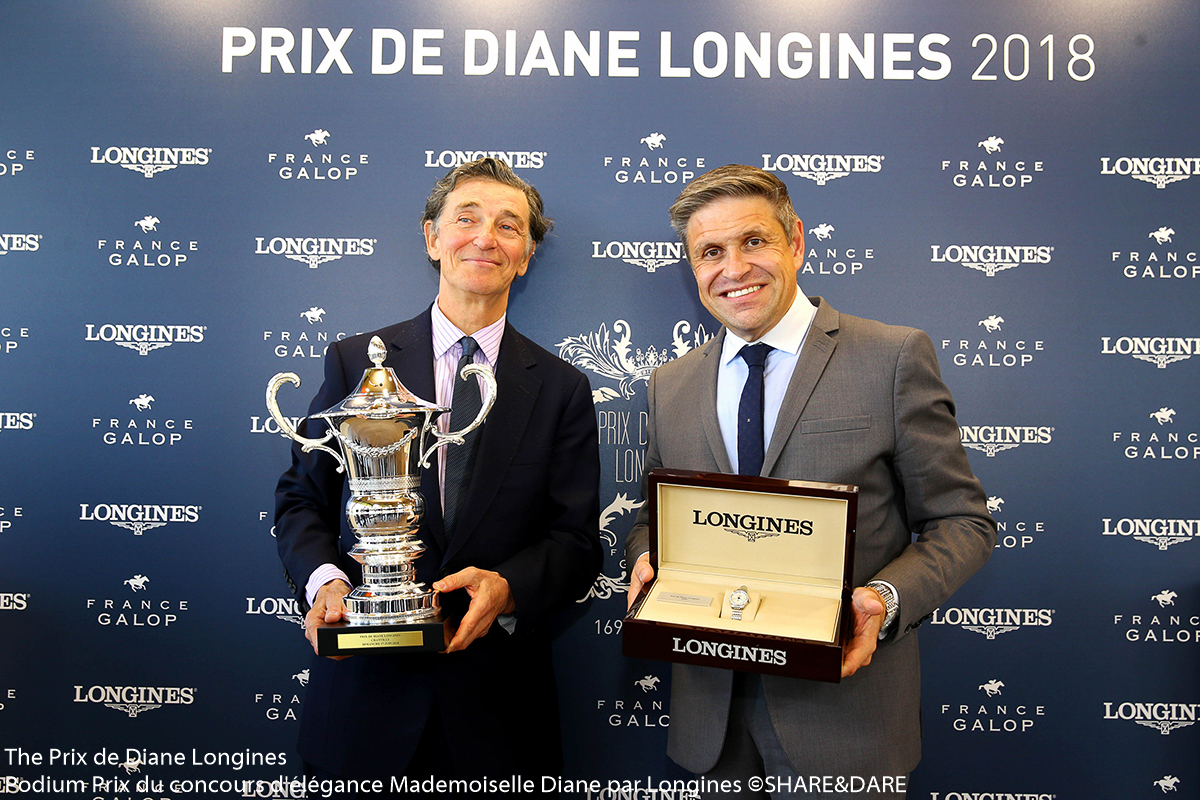 Sunday, 17 June, embodies the elegance that characterises the Prix de Diane Longines. The race is the highlight and eighth race on a card that also features the Prix Longines Future Racing Stars, a race for young jockeys that congregate from all over the world, as well as the Prix de la Reine Marie-Amélie Longines, a FEGENTRI race for Lady Riders (International Federation of Gentlemen and Lady Riders). The winners of each of these races received an elegant Longines watch. 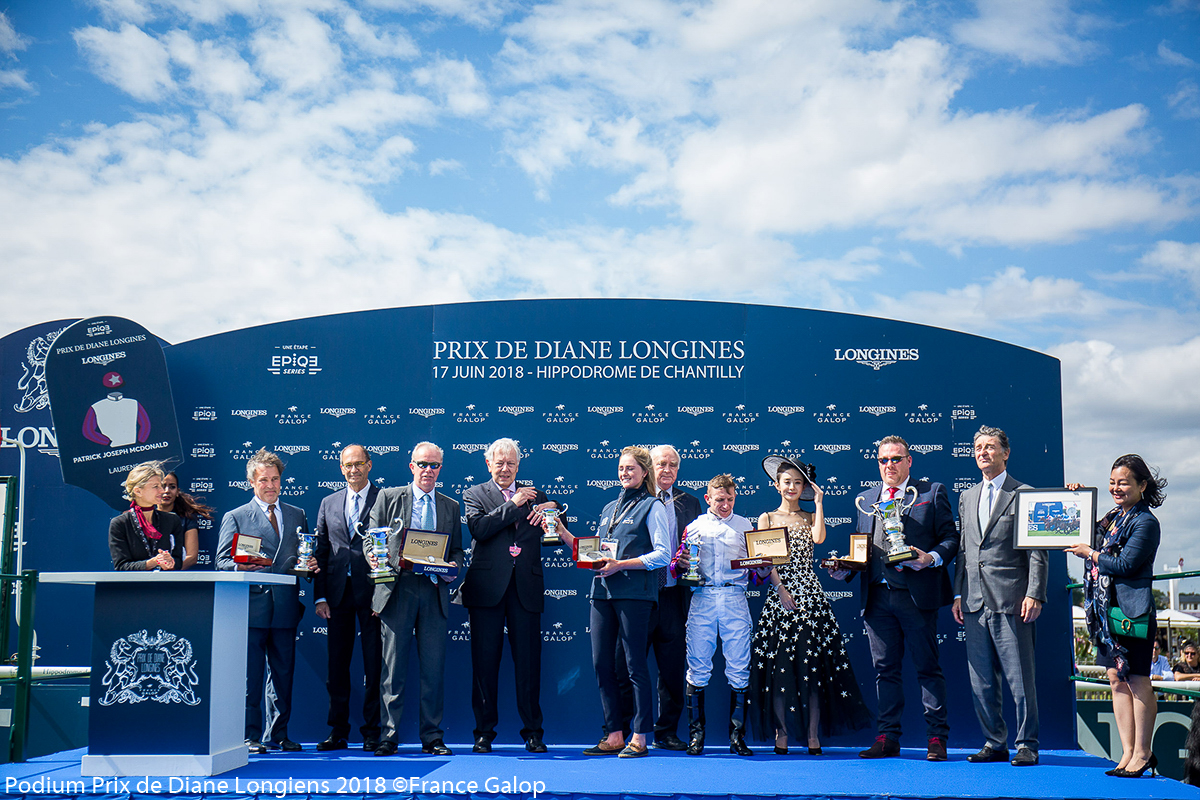 The climax of the day is the much-awaited Prix de Diane Longines, when Zhao Liying, the Chinese actress and Longines Ambassador of Elegance, presented the winning owner, trainer and jockey with an elegant Longines watch. She also presented the elegant and stylish winner of the Mademoiselle Diane by Longines contest of elegance with the latest model of the Record collection. This timepiece, which adorned the wrists of the ten finalists of the competition, is the Official Watch of this year’s event. A white mother-ofpearl dial, adorned with 13 diamonds, this watch features a diamond-set steel case mounted on a stainless steel bracelet.

Chantilly, very much the capital of the horse, provides the Prix de Diane Longines with a unique setting. At Chantilly racecourse, built in 1834, horse racing takes place against the background of the Grandes Écuries des Princes de Condé and the sublime Chantilly Château. 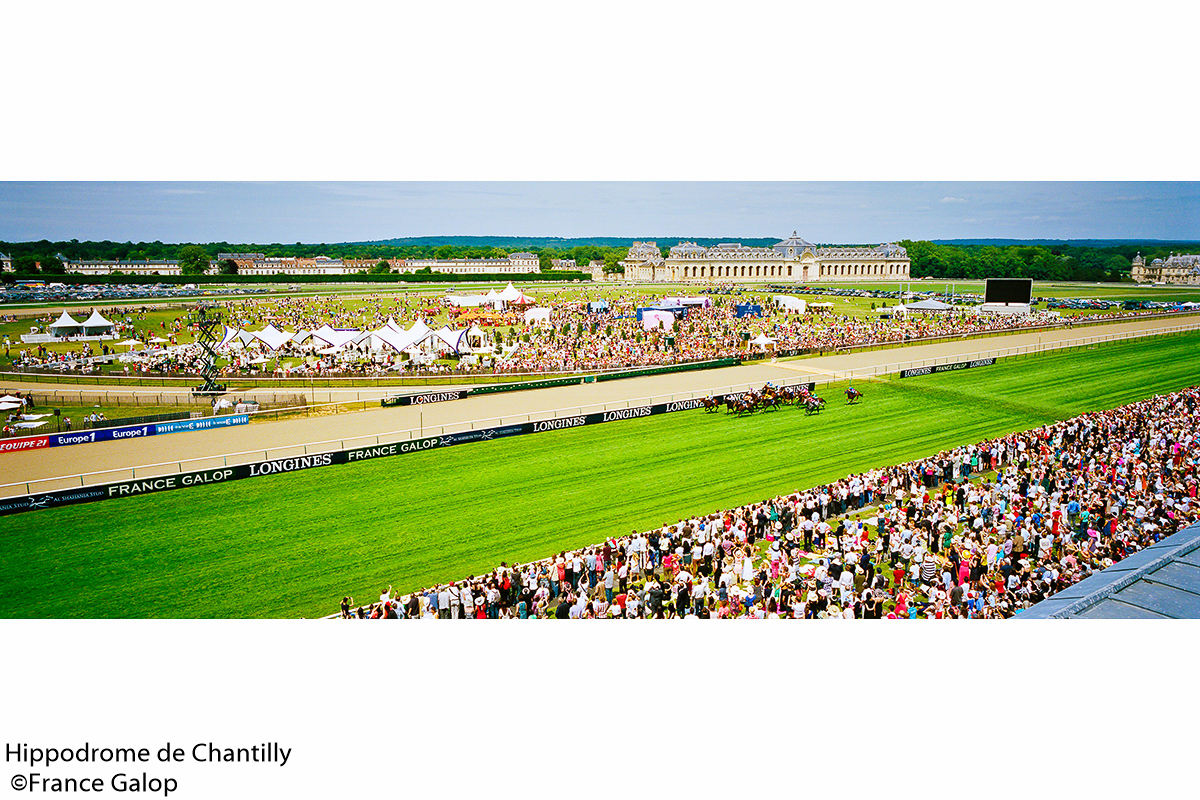 Rich in tradition and elegance, the Chantilly site embraces nearly 8 000 hectares where the horse is king. It is one of the most beautiful sites dedicated to the racehorse. It is on its many kilometres of sand and grass tracks that racing champions are made.

Organiser of the 169th Prix de Diane Longines, France Galop plays an important role in the organisation of more than 7 200 flat and jump races that are staged on 149 racecourses in France each year. 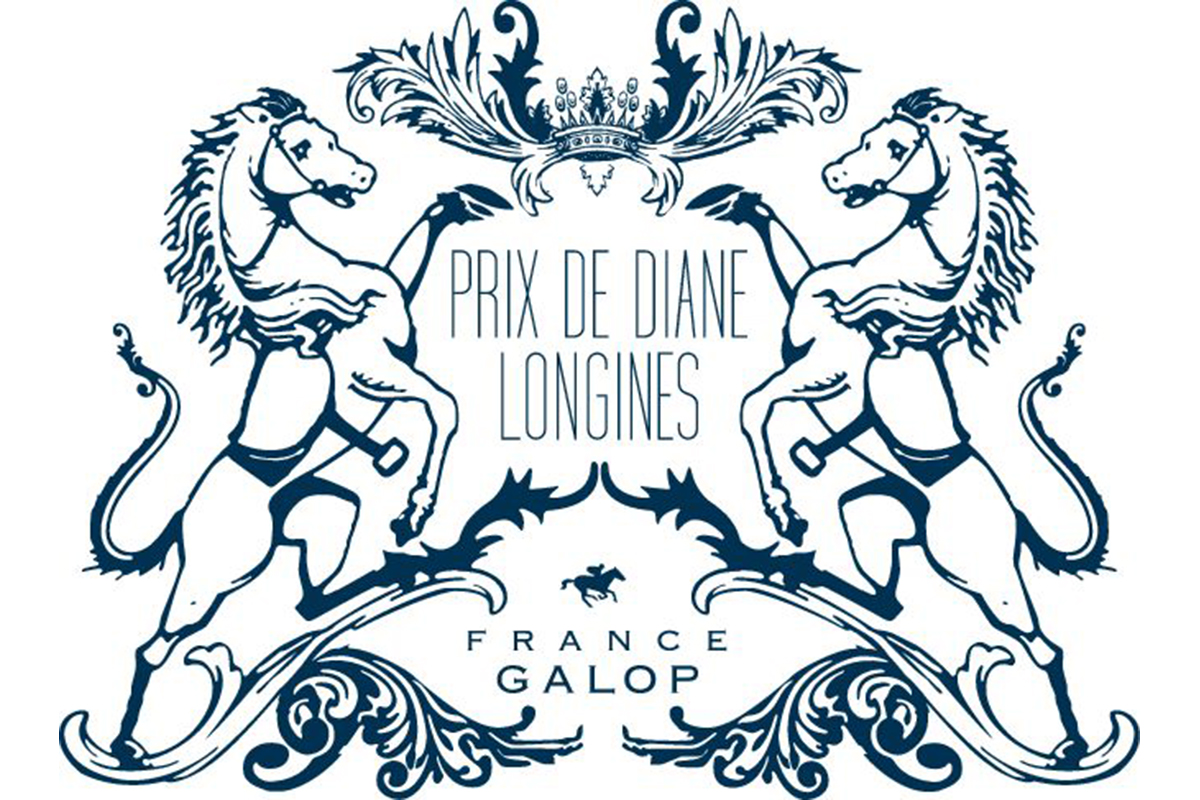